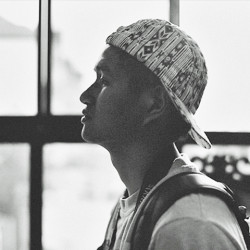 Michael Ray Vera Cruz Angeles, also known as Mike, hence the name "akam1k3," is actually a physical therapist, but when he picked up a camera it was over. Hailing from Norway, born and raised, he's not your average Norwegian. The big foodie and streetwear head uses every chance he can to pretend he lives in California. Everything that has something to do with urban street culture in Norway has been documented through his site akam1k3.com for the last half-decade. He's here to put Norway on the mapu2013and make it HUGE!