"We’re All Fucked, I’m Out" :: The Hilarious Zack Pearlman Gets Real

Nowadays it’s easier to hate than love. With the advent of the Internet, you can anonymously comment on just about anything and call it “gay” or “awful.” And the ability to be a “critic” is more accessible than ever. From blogs to YouTube videos to 140 characters on Twitter, everyone has an opinion and everyone can be heard. This is both a blessing and curse.

My friend Zack Pearlman is an insanely funny guy. I’ve loved him in basically everything he’s ever done and, more importantly, he’s just an amazingly nice human. When his newest gig, a supporting role on the sitcom Mulaney, started to get panned by critics and viewers, I felt weird. I usually am quick to jump on a bandwagon, but this time it hit close to home. I thought the show had potential and also knew so many people involved, including Zack, are hilarious. I wanted to interview him for The Hundreds, not just to dig deeper with a comedian who is guaranteed to be going on to numerous impressive projects for years to come (which I do too), but also have someone tell us firsthand what it’s like to work on something that a group of people seem to want to see fail.

He’s one of my favorite people in this city and I appreciate his honest answers. I hope you do too. 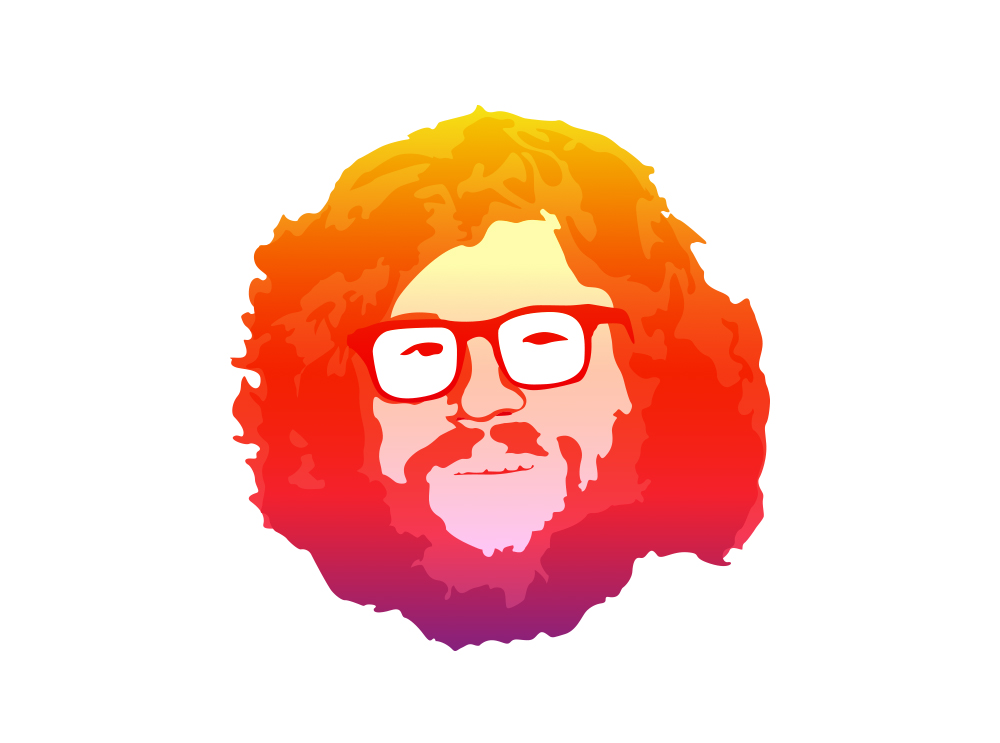 JENSEN KARP: Before we start this, on a scale of 1 to “I live in the woods to work on my manifest,” where is your beard right now?
Zack: My beard is at a healthy “Round 2 Elimination of the Stanley Cup Playoffs.”

You’ve been working on the sitcom Mulaney for the past year, and now that it’s airing, it hasn’t exactly had an easy time amongst critics and viewers. For people to joke about struggling shows has become a bit of a meme on social media, but for you, it’s obviously different. I wondered if you wanted to speak on the backlash as someone who has worked really hard on something you’re proud of.
When I first saw John Mulaney perform, he was the age I am now. 26. It was 2009 at the UCB Chelsea in New York. I can’t remember the name of the show, but I was going to see Todd Barry who I was a fan of. John was the first comic out. I honestly don’t remember how long he was on, but I laughed harder at that set then I had at any America’s Funniest Home Videos clip I’d ever seen. I was crying with laughter. Cut to now, John Mulaney RESPONDS TO MY TEXT MESSAGES. That how much he cares about me! I was given a gift being on this show. Working with such talented people (understatement). Everyone has the right to be seen in the best light, and I believe that 5 years from now we will either still be on the air or everyone will have their own shows. Because everyone is so fucking funny.

So, to break it down:

2. I’m bummed that people shot it down before it got moving.

I got to work with Martin Short!!!! I think I can count my blessings after that. I have never in my life felt more motivated to do comedy than after I first met Martin. He is classic Hollywood and the funniest person you will ever talk to. I would walk into his dressing room and he would tell me stories about filming Three Amigos or anything I asked. I’m just fortunate to be in such great company.

“NOSE TO THE GRINDSTONE. STAY PASSIONATE.”

Related: how difficult is it to actually make a sitcom, in comparison to criticizing it?
It’s very fun. It’s the most fun. I can tell you a lot of critics hate their jobs. They should try being a part of the fun instead of trying to be a bigger killjoy than their peers. We are in a negative regression as a society. We haven’t always been like this. The early 1900s was a time where everyone was scared fucking stiff, but we acknowledged it. We looked at fear and death and accepted those things as a part of life. But now, no one wants to acknowledge the bad. They just want to focus on the good. And when someone tries to bring up the bad, it is squashed down by something that isn’t even that great, but it takes the pain away for a moment. That’s why Christmas starts in November now. It’s why Halloween is 2 weekends and there was a movie made about Labor Day. We’re all fucked, I’m out.

You recently filmed a movie called The Intern, which was directed by Nancy Meyers and stars Robert DeNiro. First, can you call him “Bobby D” now, and secondly, what is it like acting in a scene with him?
I can call him Bobby D, but he prefers Bob. Acting in a scene with him is the fucking best. It was fun having a guy who I grew up watching laugh at the dumb shit I was saying. He’s less intimidating when you meet him, which made him so nice and fun to be around. He gave me a lifetime of stories I will tell at parties I’ll never go to.

Do you get nervous the day before, just sort of understanding you’re about to work with Raging Bull?
I was just afraid my pants would rip and everyone on set would call me “fatty” for the rest of the time we filmed. My fears live in the irrational part of my mind.

You also regularly work in voice overs, most notably as Snotlout on the show DreamWorks Dragons. Let’s be honest – your bosses are probably not reading this – how fucking easy are those jobs?
Man I wish I could say that shit is easy, but my character yells a lot. So I’m in a recording booth yelling for 2 hours. It’s fun as fuck though. I hope my voice is gold in 10 years and I can just do that when people are tired of my face.

“IT’S SUCH A SIMPLE LESSON THAT’S REALLY HARD TO GRASP UNLESS YOU’VE LET AN EXPERIENCE GET EATEN UP BY THE PARTS THAT AREN’T RELEVANT.”

I am a huge fan of the painfully under seen movie The Virginity Hit, which was your first acting role. It straddles the line between documentary and scripted comedy, as it tells the story of high school friends out to lose their virginity on graduation night. What was it like walking onto the set without any prior experience?
I was made very comfortable from the beginning. The movie, from when I got cast to first day on set, took a year to get going. So when I was hired, I was STILL living in Michigan working at a comic book shop but was waiting for the day where someone called me up and was like, “Time to make that movie you magically got!” So you can imagine by the time I got to set I was fucking READY TO FILM. I spent that entire year watching every comedy from 1970 to now. I watched a new movie every night then would almost always pop in Superbad and watch that with my girlfriend at the time. Every night for a year. I was conditioning myself. I was doing stand up locally to stay sharp. I was teaching improv at the YMCA on Thursdays. It was a year-long comedy training montage. So… boring. Life was boring then I got on set and life became amazing. I didn’t let a day go by where I didn’t hug everyone on set. I was happy to be a place that wasn’t Ann Arbor, Michigan, which I love, I had just been there for 21 years.

It was very early on the trend of “found footage.” How much of it was improvised, both in dialogue and in what you guys encountered? Did you know what was going to be thrown at you at all times?
70% of the movie is improvised in terms of dialogue. About 20% of the stuff in the movie wasn’t super planned. I loved that they let us do that shit so much. I’ve been doing improv since I was 14 so it felt so good to be able to just make dialogue up. There was a safety net of a script, but Huck and Andrew (the directors) would let us go and yell out what emotions we should be feeling about the situation. It was different that what I had experienced from theater but it felt so good to be there. I trusted those dudes and I think it shows in the movie. I’m still very good friends with Matt Bennett, we try and perform together once a month.

The movie was produced by comic geniuses like Will Ferrell, Owen Burke, Adam McKay, and Peter Principato (Wet Hot American Summer). What did you learn from them at such an early age and phase in your career?
Nose to the grindstone. Stay passionate. They can’t only give you so much. I was also so young I wasn’t looking for the life lessons. I just assumed, “Well, I’m here now, so this is where I stay.” I had no ability to recognize how distant from reality I was. When you learn what comes with the business of entertainment, it should make you not want to do it. When I did my first thing, I got caught up in the glamour of it all. I was a little fame hungry. It’s weird. Looking back, it makes me a little sick. I had the wrong things at head. The failure of The Virginity Hit was a good thing for me. I was heading down a destructive path. I’m a bit more learned and can deal with the object of “fame and fortune” better. The process is the exciting part – everything else is out of your hands. It’s such a simple lesson that’s really hard to grasp unless you’ve let an experience get eaten up by the parts that aren’t relevant. Owen Burke and Andrew Gurland pressed that concept into my head after VH failed. I really owe them for that.

When Googling you for research, I found a bunch of articles from your hometown in Ann Arbor, MI, that seems to adorably chronicle and celebrate every move you make. When you go back do you get treated like Mr. Hollywood?
No. I still mow the lawn when I go home. No one cares about me because of that. I was more famous in Ann Arbor when I did local theater. They have football players to care about.

Lastly, give me your three favorite Steve Martin movies.
Three Amigos (My favorite comedy of all time)

HOW COULD YOU MAKE ME CHOOSE!?!