Homeless people photographs are too easy, right? I’ve personally always thought so. And maybe kinda exploitative..? But every morning, on my commute, I pass by this row of tents at the end of our street sheltering a commune of houseless (not homeless) folk. I know people come down here sometimes and hooks ’em up with The Hundreds gear, and I figured that this is more their street and neighborhood than ours. So after I got out of work today, I walked down here, right under the 10 Freeway, to say Hi. 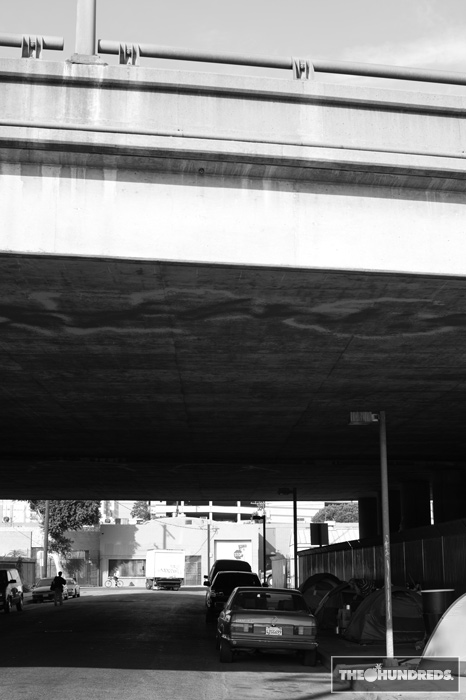 I thought this dog was friendly, but then afterwards, one of the “residents” told me that he lacerated a dude’s hand the other day. His bite is definitely worse than his bark. 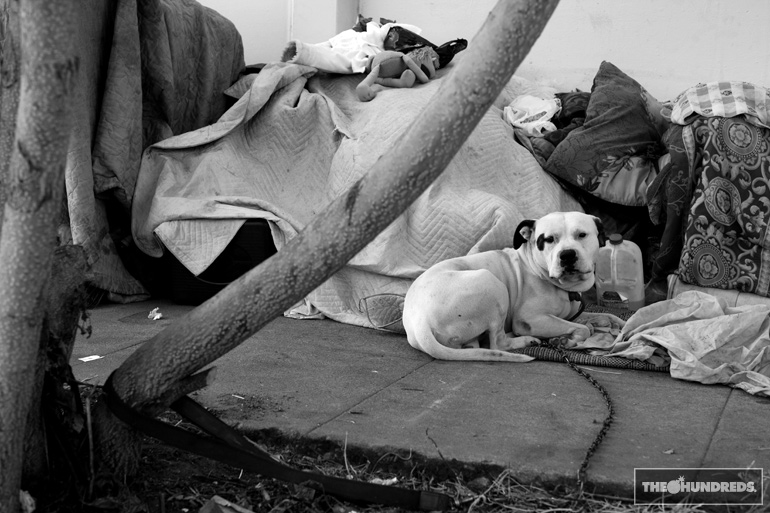 So no one was really interested in being photographed, except for Jack here. Actually, I don’t even know if his name was Jack, he was so inebriated I had trouble deciphering what he was saying. While we were talking he just kept splaying his hand, waving his fingers in my face. I assumed he was trying to tell me he didn’t want his picture taken, but then he demanded, “Gimme 5 dollars!” I handed him an Abe and then he opened up like an oyster. 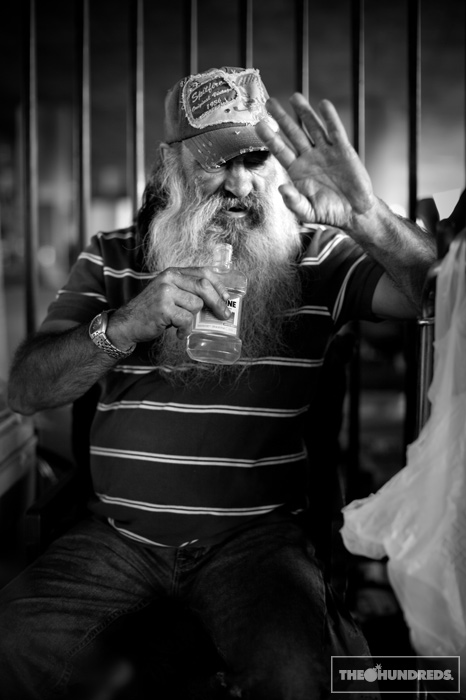 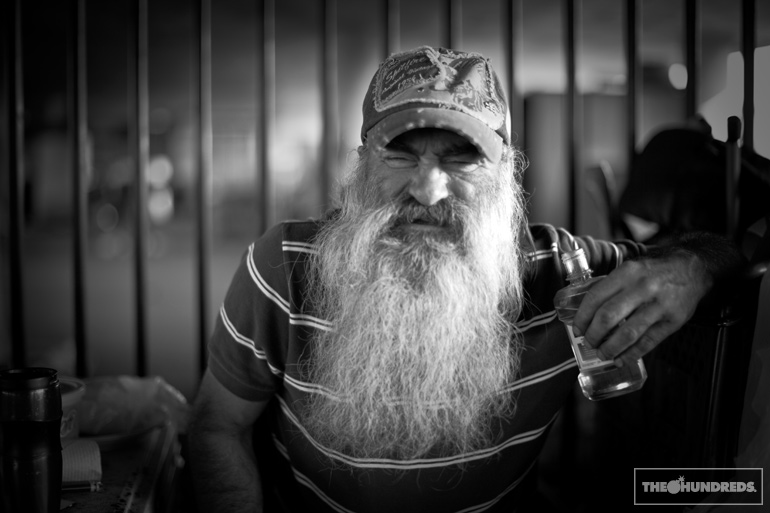 The smell was atrocious. Not just from Jack, but from the entire row of tents. I looked down and realized I was standing in a puddle of urine. At Jack’s feet were a container of peeled potatoes, some rotten bananas, and a pot of leftover stew. 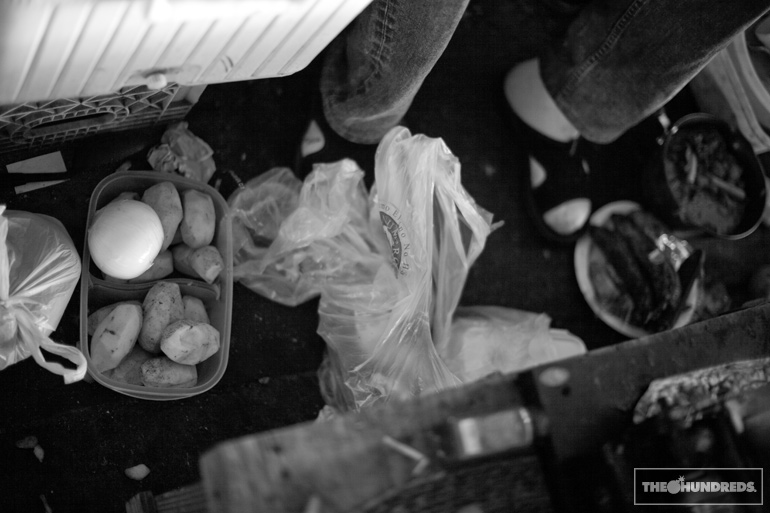 Perhaps I should be concerned that drunk Jack here is brandishing a rusty butcher knife at me. He just started whipping it around like a deranged samurai. 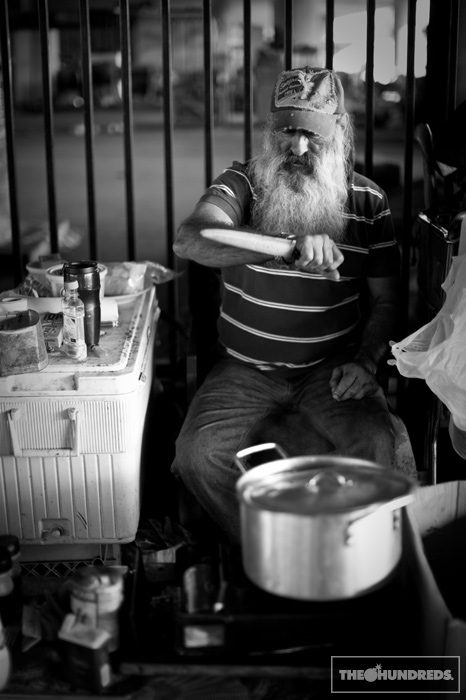 Jack’s a good guy. I just wish I understood what the hell he was saying. I’m sure his stories are far more interesting than the supposed “interesting” people I surround myself with. This is my favorite photograph of the set. 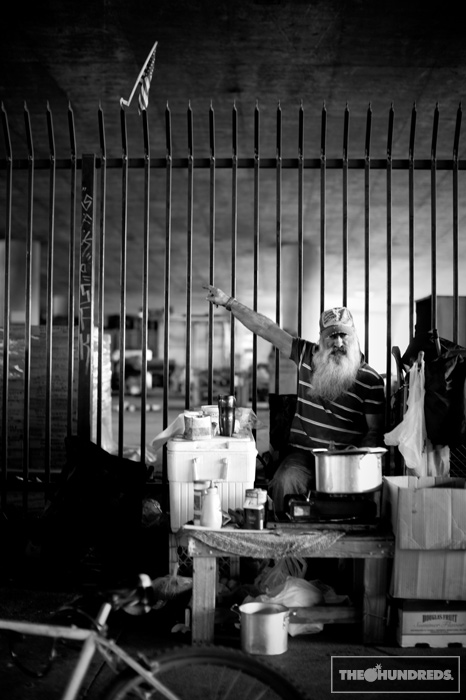