A Closer Look at the "What The" Lebron 12 SE

The Lebron signature series hasn’t been on my radar for a while. Since the Lebron 9, I haven’t been too interested in his signature series. Over the past several signature shoes, Nike has come up with for Lebron, they have gotten much bulkier and too futuristic-looking for my taste. The comfort hasn’t been there for me either. And I’m not going to lie, the Lebron 12 isn’t much of a difference from its previous signature models. But there’s always going to be that one colorway/theme that grabs your attention and you have get a pair to quench your thirst. Enter the “WHAT THE” themed Lebron 12—which is something I have been a huge fan of on any Nike model that gets this special treatment. After much speculation as to where the inspiration came from for this series—with its all over the place patterns, colors, and graphics—it’s been revealed that this “WHAT THE” pays homage to previous legendary Nike Athletes such as Bo Jackson, Andre Agassi, and Penny Hardaway; some of Lebron’s favorite sports teams and his home state of Ohio.

This may just be one of the best attempts at the “WHAT THE” series from Nike because of how many different properties they incorporated to muster up such a colorway, rather than just using a bunch of previous colorways/themes mashed together on one shoe. You have the number 23 plastered across the outside of the right shoe, while hints of safari creep along the inside of the left shoe. All the while incorporating the swingman and dunkman Lebron logos atop the lace holders on the tongues. Per the pull tabs on the tip of both tongues, you’ll find a baseball theme adorned on the left shoe and a tennis ball on the right shoe. And as you flip them up, you’ll find the words “WHAT THE?”. On the inside of the sneaker, there’s an abstract pattern of yellow, red, white, blue, and black with hidden sayings like “FIRST TEAM.” With all the craziness going on in this colorway, there’s a serenity in the all white outsole, which quietly sits beneath the madness. You can find the “WHAT THE” Lebron 12 SE at your local retailer now as of September 26. 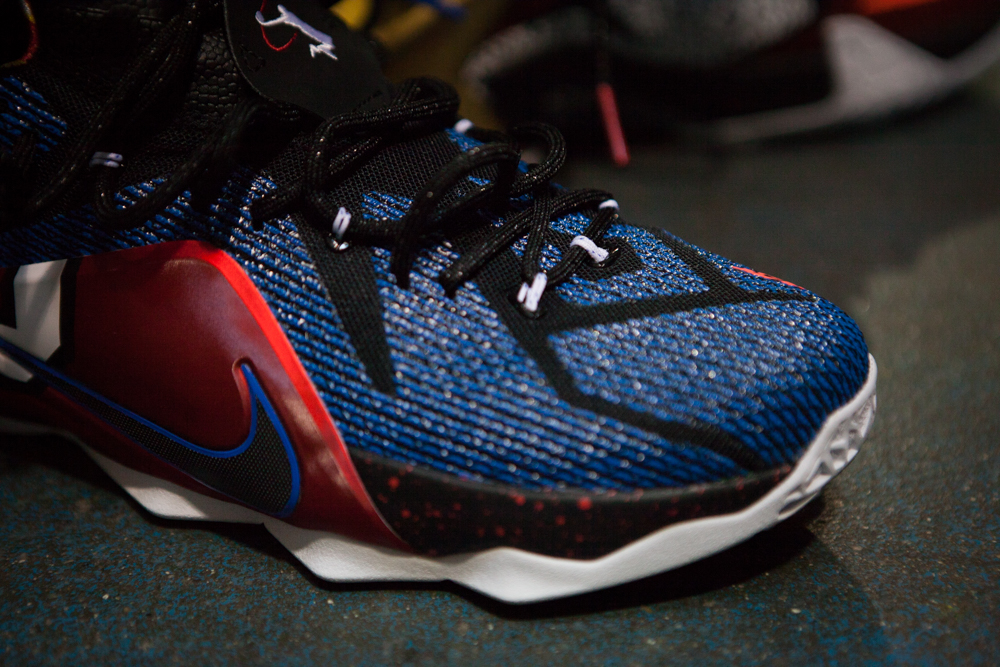 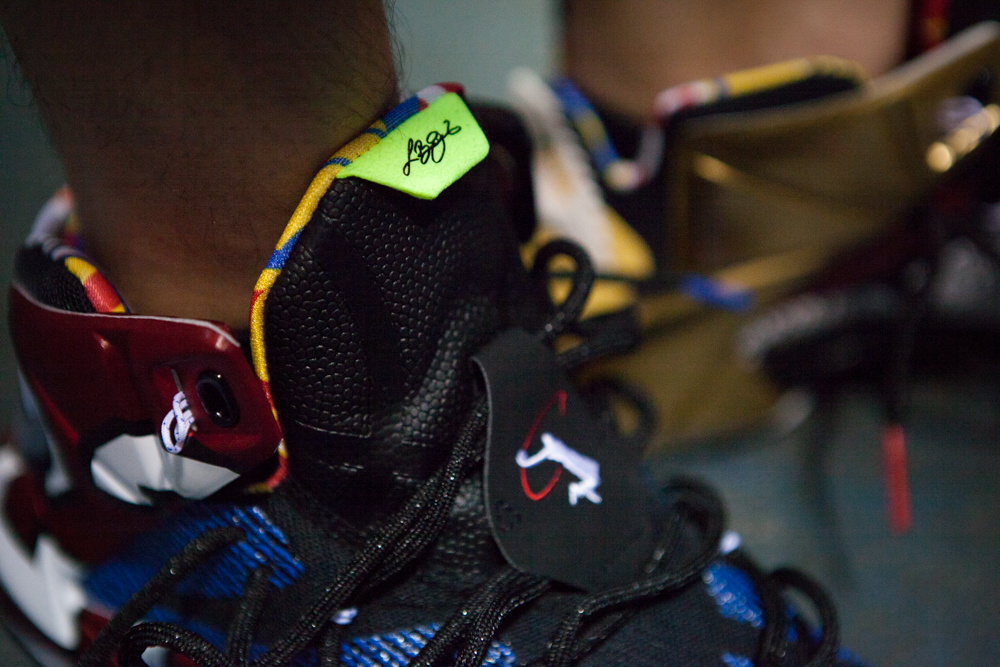 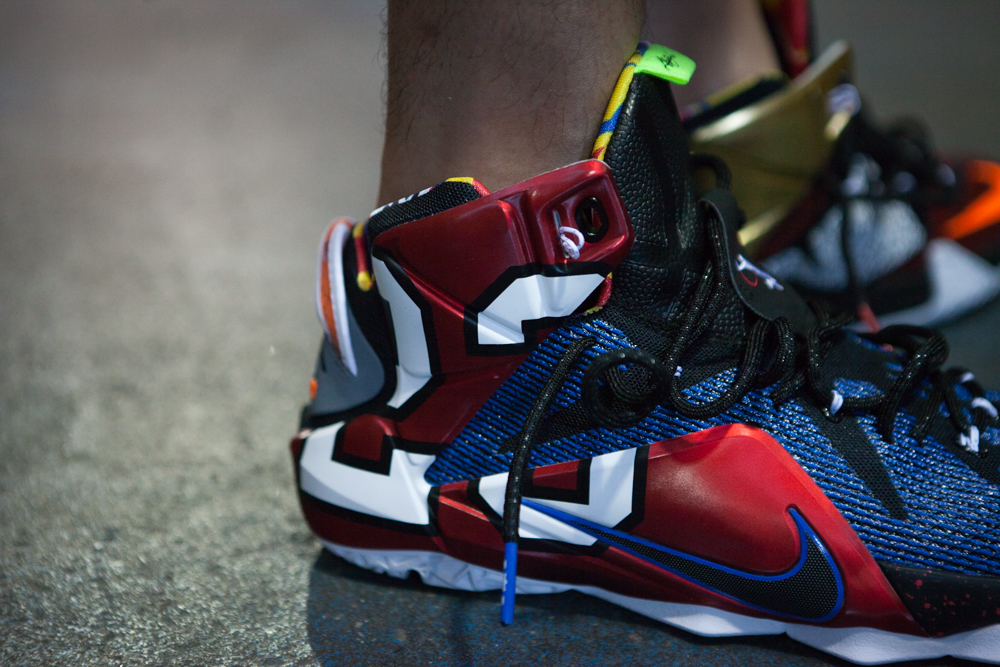 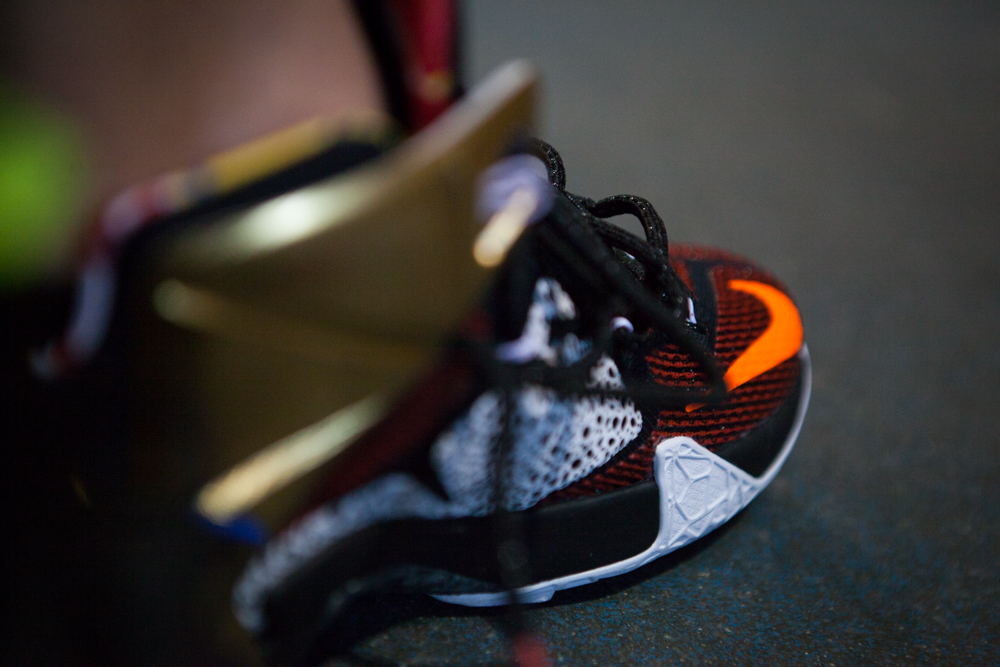 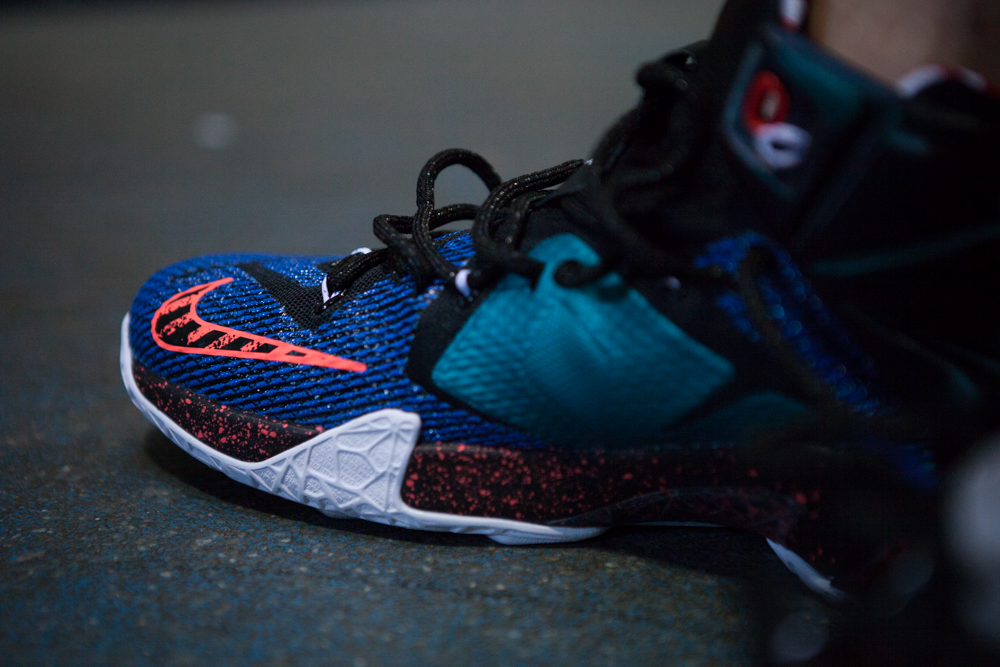 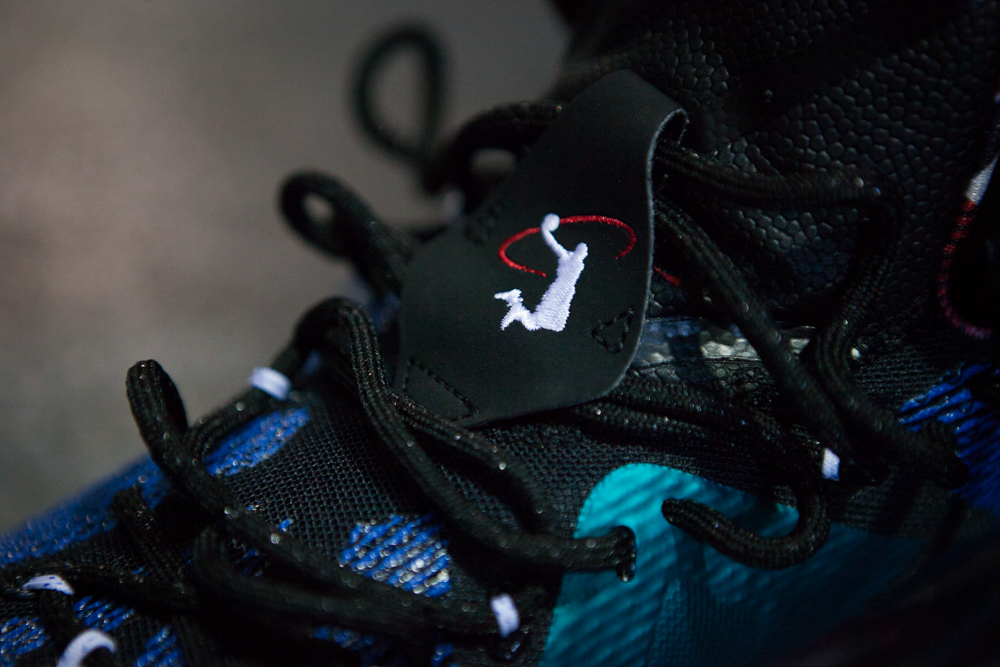 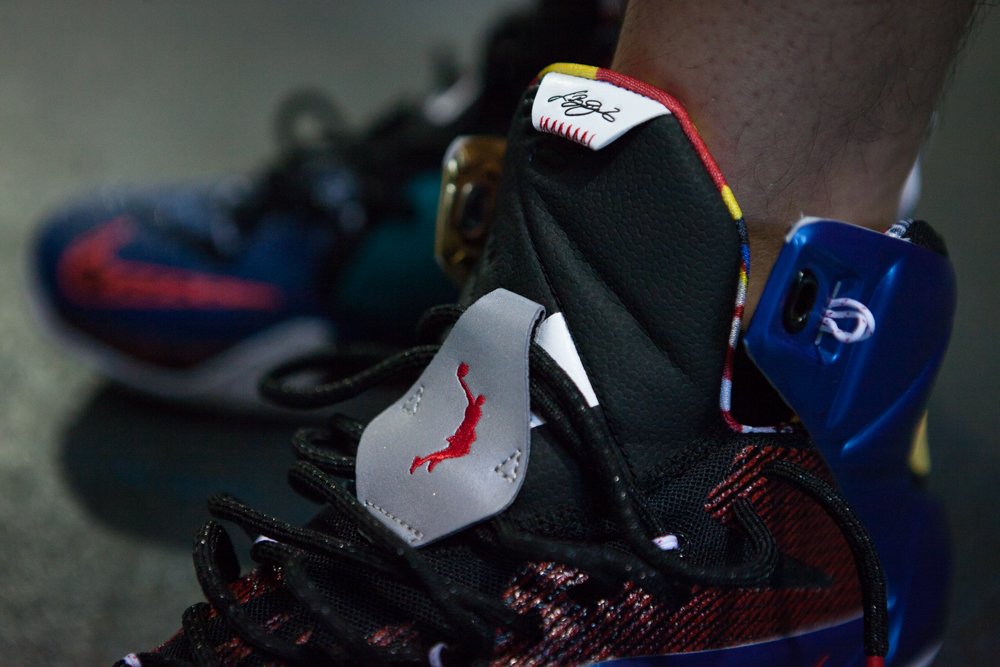 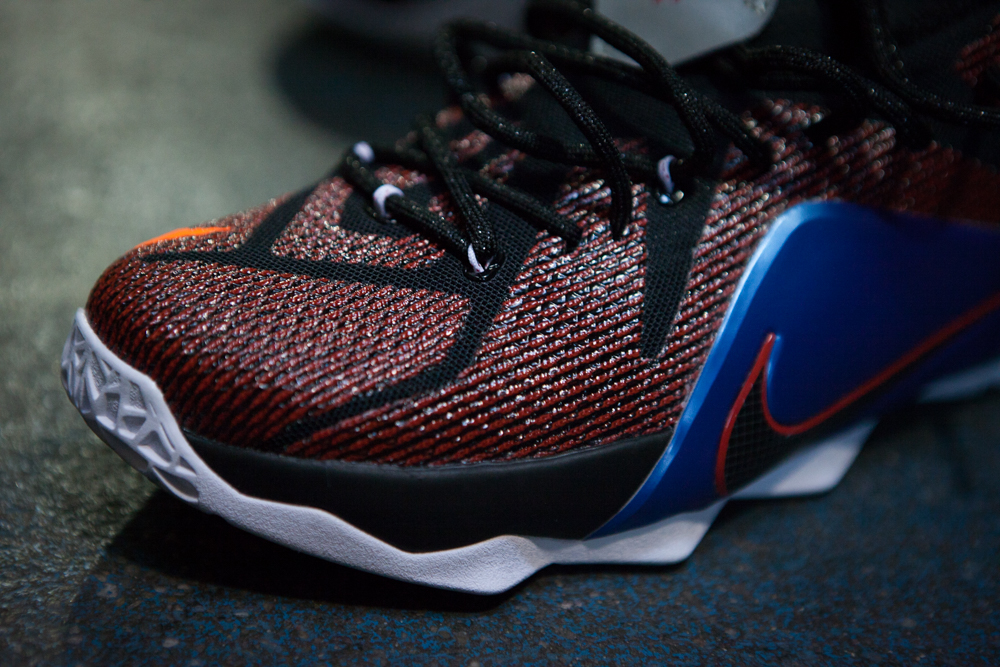 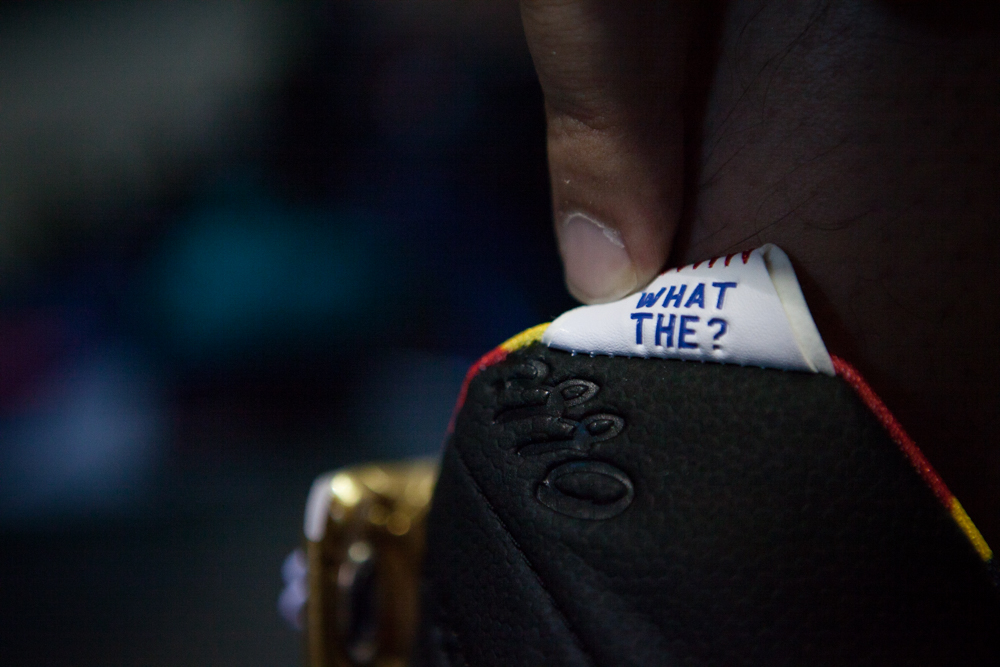 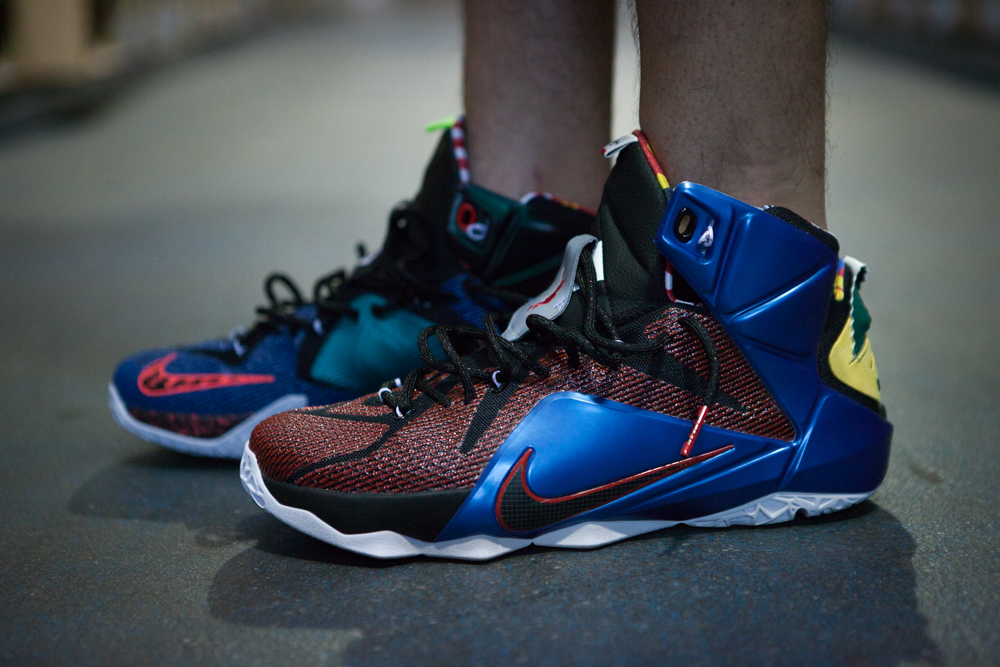 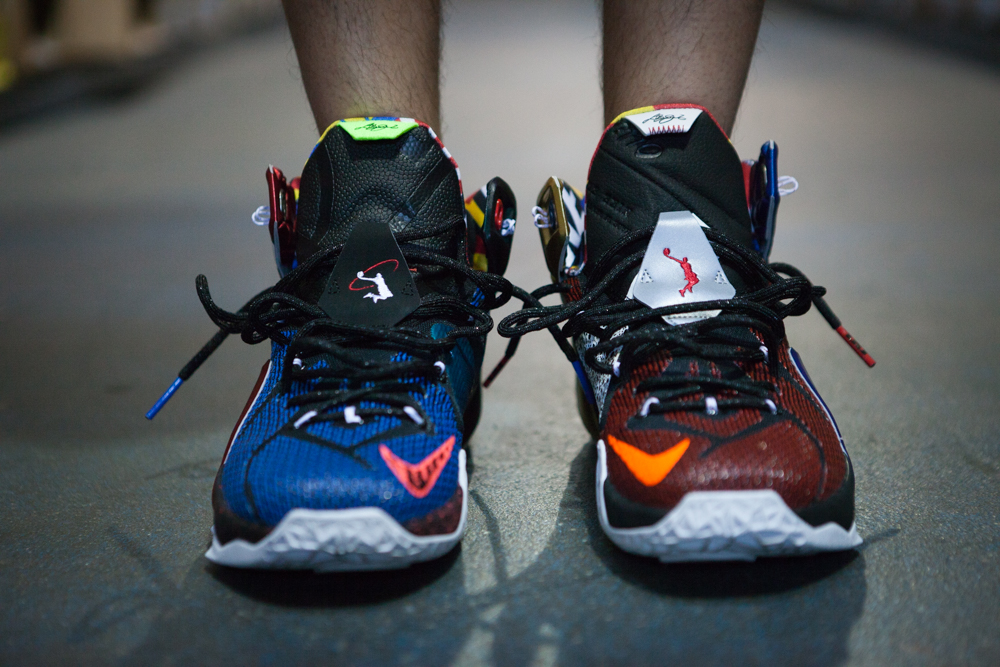 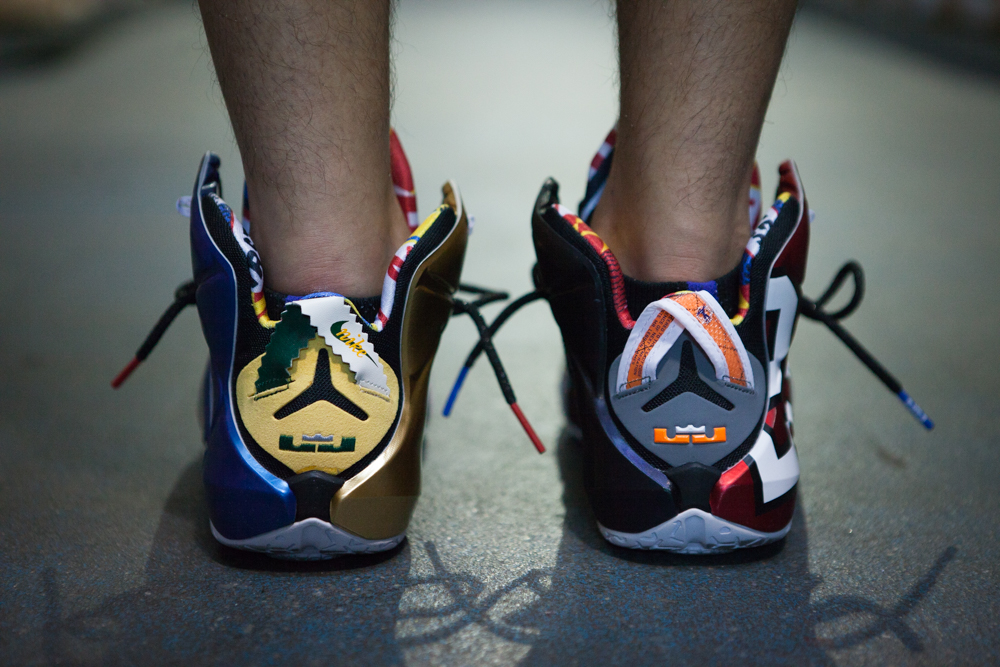 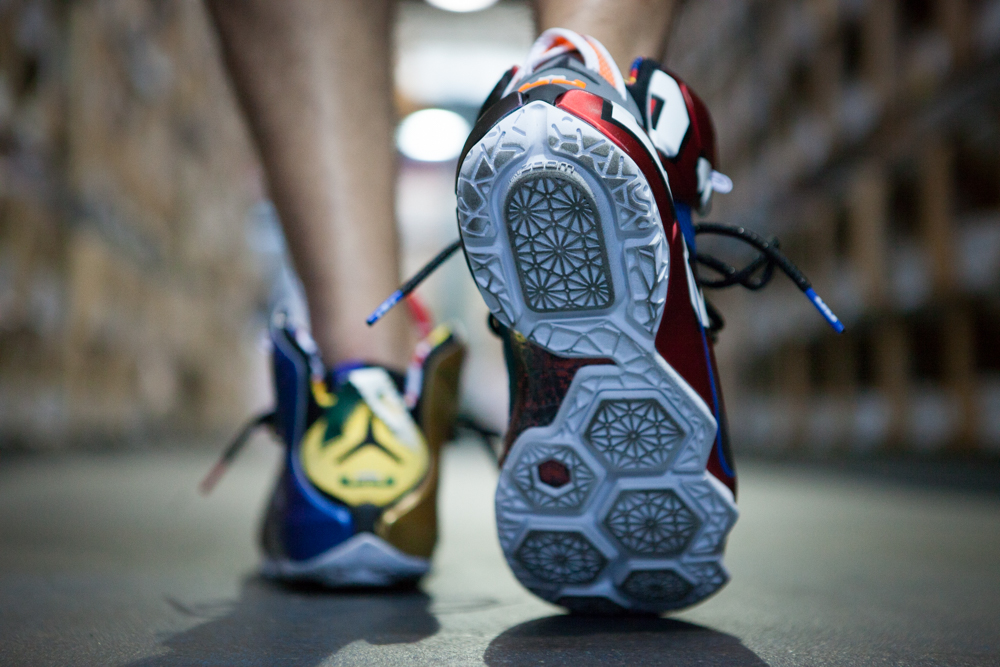 NIKE KD VI "WHAT THE KD"