Travis Scott and McDonald’s flipped the merchandise game on its head last week, just a few short months after Travis did the exact same thing with Fortnite and Nike before that. A young  mogul on top of his game, Travis is making what one can only assume is hundreds of millions of dollars on literally everything *but* music during the pandemic.

Kids borrow their parent’s credit card to drop half a rack on Fortnite Nerf Guns and McDonald’s Jorts that don’t even ship for eight months. The only new song Scott has dropped in 2020 was for the Tenet soundtrack, which likely meant another hefty bag. That he has remained on top, raking in massive revenue while the rest of the industry is down bad, is a testament to his ability to effectively communicate with his base and create unique media and products that fans can’t afford not to have.

It is that kind of out-of-the-box thinking that separates the big fish from the small in the surprisingly tiny pond of the music industry. No longer can an artist simply rely on making great music and radio spins carrying them to superstardom. No, your branding has to be on point, your social engagement needs to be through the fucking roof, and it’s imperative you have really inventive people in your corner thinking ten steps ahead of everyone else you’re competing with.

So, where did Scott’s journey in the music industry start to snowball? Grand Hustle Records, with Jason Geter and T.I. 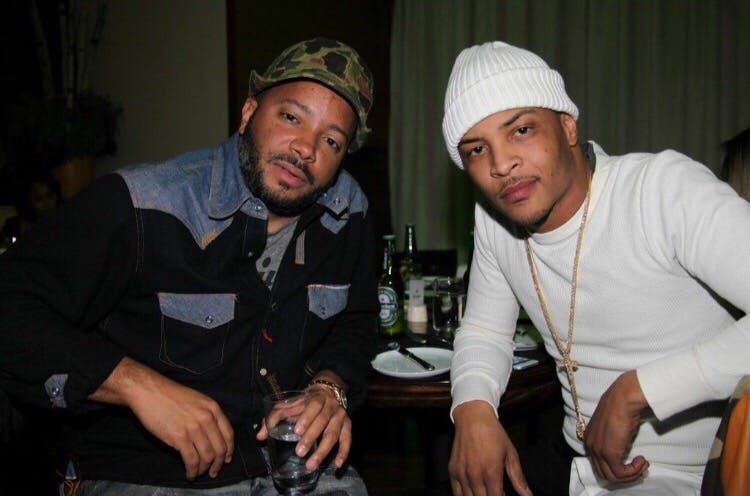 “Travis was relentless,” Geter tells me over a video call. “He was always going to make it. Same thing with Tip, he was going to make it. I’m just amplifying and helping them develop. That’s the energy I’m trying to find when I’m looking at new artists. You can’t just look at data. I need someone that is going to keep fighting to get the job done. No matter how talented they are, if they stay in the gym, they’re going to get better.”

Jason Geter has gone from manager to mogul in the past two decades, cultivating the careers of some of this era’s biggest artists. His multifaceted approach of branching into consumer goods, media, and tech have benefitted his artists greatly, making them agile in times like these when the touring sector is completely shut down.

“You have to go where the traffic is at,” he explains. “You have to adapt and still be authentically yourself.”

“I’ve seen artists creating cooking shows. I tell all my artists to create content, make up shows. We just saw DMX and Snoop Dogg perform for free. Everyone’s performing during the pandemic. The artist today has so many more jobs, so many more responsibilities. That’s just a fact.”

Social media-based content like the Verzuz series Swizz Beats and Timbaland created have turned into huge earners, going from friendly IG Live battles to a full on-set production with major investment from Apple Music. Versus has proven to be one of the most effective pandemic pivots in the entire music industry this year, and Geter isn’t opposed to seeing T.I. make an appearance, though he has some concerns about the matchmaking.

“When it comes to Verzuz, it kind of depends where you’re at,” said the industry vet. “If you’re from the west coast, Snoop is going to mean one thing to you, and if you’re from New York, DMX is going to mean another thing to you. You felt that energy in the city, it takes you back to certain moments in your life, it’s just different. So, from that standpoint, it’s tough to match up artists.”

“If Tip did a Verzuz, I kind of like Ross as an opponent. Two southern rappers, that would be dope.”

Both T.I. and Rick Ross come from the same era, having to grind for radio play and physically tap in with people across the country to build their foundation. Geter and his Hustle Gang team turned Tip’s foundation into an empire, and now he’s applying the knowledge gained and lessons learned to a new venture, what he calls the future of record labels.

“I don’t want to hustle on a crowded block,” Geter said. “I’d rather go find my own corner and run the block.”

Heavy Sound Labs is like a tech incubator for rappers, with crowdsourced marketing and development, and a focus on social engagement and growth.

“I’m looking at an artist like a founder,” he said. “This is a new entity, a new business that you’re trying to pioneer. You have to be relentless.”

Geter’s Heavy Sound concept came from his love of discovering new artists. After planting the seeds and helping all of these Hustle Gang artists blossom into massive beanstalks, he missed the initial stages of the journey and wanted to figure out how he could improve the outdated music industry machine.

“I’m always looking out for what’s next. Throughout the last few years, I started investing in tech companies and learning more about them. But I’ve always been investing, whether it was in people or brands, the whole nine yards.”

Having started brands like Akoo and Hustle Gang’s own merchandise, as well as their roster’s merch operations, Geter knows how important it is to diversify an artist’s offerings by pairing products with content. They were ahead of their time, and now Geter sees exponentially more potential for new revenue streams when it comes to rising stars in music.

“I always think of myself as an entrepreneur, first and foremost,” said Geter. “When you look at Roc-A-Fella in ‘96 and ‘97, Grand Hustle was patterned after that. For us, it was clear that we needed to make moves like getting into fashion. It was a no brainer. We educated ourselves a lot through conversations with people like Daymond John.”

Now, Geter and Heavy Sound Labs act as the Shark Tank of sorts for a sea of aspiring musicians who are banking they’re just the right connection away from blowing up. Heavy Sound is eliminating the typical echo chamber of a label’s boardroom, crowdsourcing a sizable team of A&Rs, managers, and other music executives around the world who all provide analysis on prospective artists, voting in polls to select singles and other creative direction. The artist wins because now all of these people who helped a song, video, album, or merch campaign come to fruition will also be invested in promoting it upon release.

“Initially, I thought about doing a distribution company, but I decided to redefine what a record label is instead,” Geter told me. “I created this website where any artist can go fill out an application. It’s a series of questions designed to flow like a conversation we’re having with each other. If we like what we’re seeing with their music and their socials, here’s the second round of questions. What are your goals in the next five years, whose career represents your vision, things like that. We want to see what they want out of this. That way, off top, we’re on the same page.” 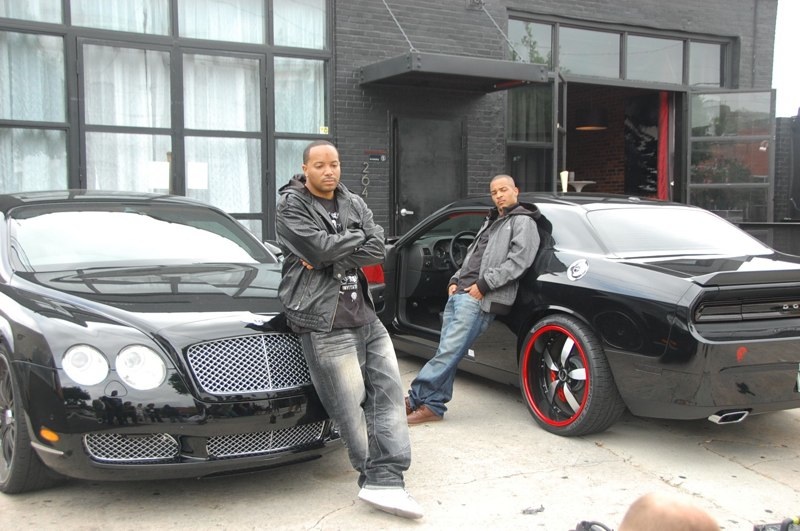 Heavy Sound goes through the same process with the managers, A&Rs, and scouts it brings into the fold, finding a balance between experience and ingenuity to ensure that Heavy Sound artists are getting the best of both worlds.

“First and foremost, I’m looking at an artist’s ability to consistently put out music. You’ll see a lot of artists who, over the course of 12 months, will only put out three records. That’s not really saying a lot. I’m not looking for them to have a million followers, I just need to know they can get it done. The common denominator of everyone I’ve worked with, from T.I. to Travis Scott to Killer Mike, is their drive. They did anything and everything it takes to get it done. When I see that attitude in someone, I know they’re going to go. I want to get into business with that person.”

Every time you see an artist post an Instagram caption like “SPELL OUT YOUR NAME LETTER BY LETTER IN THE COMMENTS IF U LIKE MY NEW SONG FOR A FOLLOW BACK,” you’re seeing the effects of the new music industry, where labels wait for an artist to have certain numbers on social media and streaming platforms before they swoop in. It’s created an environment where TikTok stars and YouTubers get record deals while immensely talented musicians continue to get overlooked. But Heavy Sound is trying to reach artists earlier than anyone else in the industry, creating lines of dialogue with upstarts across the globe regardless of clout.

“Most labels aren’t communicating with artists directly at this stage. I’m redefining what a record label is today. I was an intern at record labels, I’ve been on street teams, I’ve worked at every level of this machine. I’m sincere about this and I want to engage with other like-minded people. Heavy Sound is a community of creatives. And now, I can activate my community around the young artists we work with.”