WE INVENTED THE REMIX.

I had it all wrong.

To me, imitation was the furthest thing from flattery. As a designer and architect of a Streetwear brand, nothing could be worse – especially in our niche universe – than to hijack a concept, steal from a peer or predecessor, rip off an idea. (Although many would fiercely disagree) I believe I’d upheld this duty; I purposefully distanced myself from competitors’ work, shielded my eyes from industry news blogs, when I’d see the marketplace climb towards one direction, I’d turn away. Our graphic parodies obvious and educative “homages,” our inspired work re-appropriated and tweaked from the originals; That’s how much I’ve objected to copycatting and bootlegging in my own work – despised it, really – detested it in others. But that’s what I had understood (or misunderstood) as constituting a respectable and respectful career. And if you pay any attention to the Streetwear/culture comment boards and bloggers (any graphic designer over the age of 25, really), quick to declare any semblance of duplication as guilty until proven innocent, I wasn’t alone.

But Kirby, Austin, and Jonah would somewhat disagree.

Kirby Ferguson is the New York-based filmmaker who brought you the 4-part video series, Everything is a Remix(embedded at the end of this post). Independently produced and broadcast over Vimeo thanks to viewer donations, the 10-minute chapters were my favorite online video content of 2011. Kirby painstakingly diagrams the Ecclesiastical truth that “Nothing is new under the sun.” In plain, relatable English, he defends that nothing is truly original, everything is in fact a “remix” of what came before. The greatest works being those that have successfully built upon established ideas, combined them, and expressed a new whole. He demonstrates Led Zeppelin as one of the biggest copycat, yet subsequently copied, rock bands in music (Part 1). Then to Star Wars as a chopped-up salad of film history (Part 2). Part 3 is where Kirby drives the point home:

“Copying is how we learn. We can’t introduce anything new until we’re fluent with the language of our domain and we do that through emulation. For instance, all artists spend their formative years producing derivative work. Bob Dylan’s first album contained eleven cover songs. Richard Pryor began his stand-up career by making a not so good imitation of Bill Cosby. And Hunter S. Thompson retyped the The Great Gatsby just to get the feel of writing a great novel. Nobody starts out original. We need copying to build a foundation of knowledge and understanding. And after that… things can get interesting.” 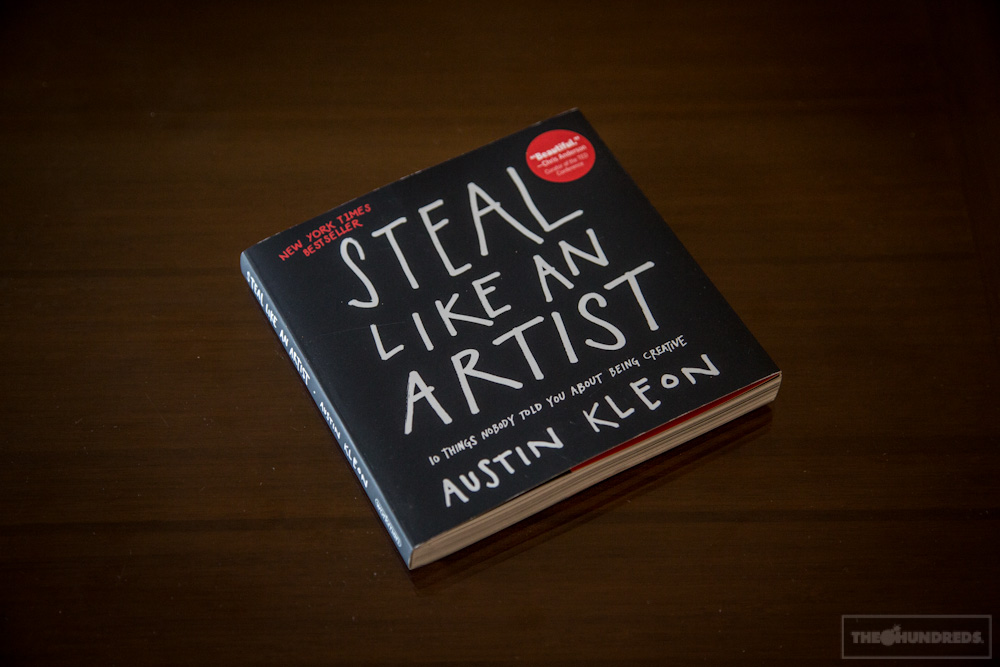 It’s a sentiment that is also shared, echoed, and well, remixed, in Austin Kleon’s pocket-sized book, STEAL LIKE AN ARTIST. (Please get this if you don’t already have it!!! Borrow it from the library, support a local, independent bookseller, the author himself, or okay fine, Amazon) The fantastically creative and succinct writer/artist breaks down a 10-step process on achieving the creative mindset. And although I don’t necessarily endorse or disagree with his entire process, I will admit that much of this book explains how even The Hundreds came to be. Like Kirby, Austin emphasizes the importance of imitation and replication in the developmental crawl. And it made me realize that I learned to draw by mimicking Jim Davis’ characters. My comic humor was lifted from Bill Watterson. My early skate photography was fisheye-framed and light-trailed Ãƒ¡ laAtiba. And my writing, by way of Steinbeck to Didion.

And The Hundreds? Well, can I forsake the Stussy tees and plaids I devoured as a kid? The Freshjive parodies, the Fuct rebellious spirit, the Supreme attention to classic American stylings? And for those Streetwear pioneers, can they abdicate Chanel’s luxury-minded blueprint, vintage California surf and beachwear, utilitarian workwear and technical military apparel, Ralph Lauren’s sense and philosophy? 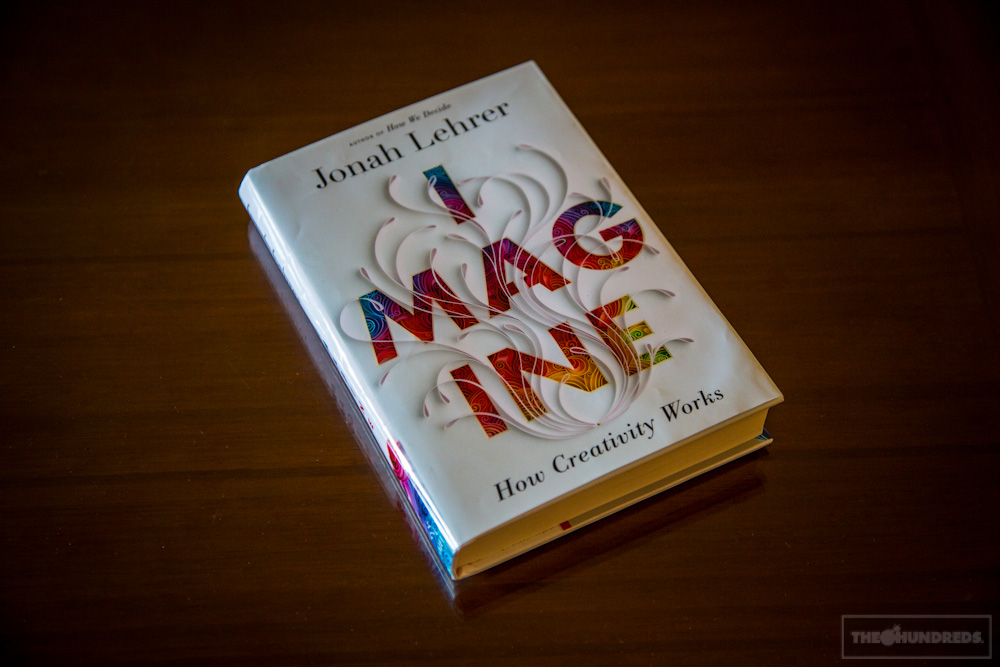 In IMAGINE, Jonah Lehrer continues this discourse, offering Bob Dylan as an example of a “thief” whose work was stolen from the likes of Rimbaud, Brecht, Robert Johnson, and Woody Guthrie, and then remixed into his own genius craft. And what about Shakespeare, the most notorious robber baron of all, pillaging Marlowe’s product, taking shamelessly from Greene’s Pandosto, Chaucer…

And in a way, this blog post is a remix – a new creation. Nothing I have quoted or repeated is original or mine. But what I do own is the re-hash of the video content, the amalgam of the books’ message, and the perspective of it all in relation to The Hundreds.

Voltaire wrote, “Originality is nothing but judicious imitation. The most original writers borrowed one from another.” To the Streetwear/street culture/street-oriented crowd, keep that in mind the next time you call out someone’s work as derivative. We’d be foolish to think that any individual or brand is void of imitation, of stealing. It’s in the very nature, the DNA, of who we are as creatives, and it’s where all great and wonderful ideas come from. You can quote me on that (or just rip it off).

“Most people think an artist tries to be original, but originality is the last thing that develops in the artist.” — Lukas Foss

by Kirby Ferguson, by Austin Kleon, by Jonah Lehrer, by bobbyhundreds