By the young age of 11, Angelica Alzona already had a presence online as a digital artist. She was a moderator for Patamon’s Pad, a female-dominated, Digimon-themed message board. It featured a simple, browser-based painting program that users would draw with and then post their work to get feedback from other users. “They all thought I was 16,” she tells The Hundreds. “It ruled.”

That was just the beginning for the New York-based illustrator, who has gone on to become a staff illustrator at Gizmodo Media, churning out 20 pieces a week. Alzona may have moved on to more grown up programs like Photoshop, but she still maintains that youthful passion and wonder for art. Her style has grown into a dark, warped outlook on life inhabited by bendy characters in tough situations painted in muted colors. 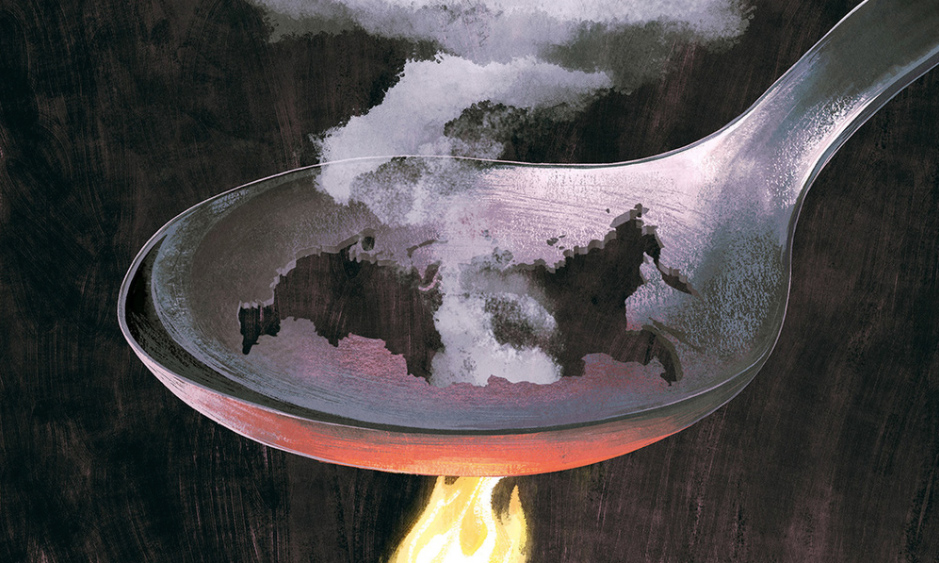 As an illustrator, she spends her time interpreting a writer’s work through visual means. A combative stance on feminism becomes a profiled face of thorns pricking a grabby hand; a piece chewing over sexualized fanservice in anime is reimagined as an empty, floating upskirt shot; an exploration of heroin addiction in Russia is revealed as a spoon burnt through in the shape of the country. 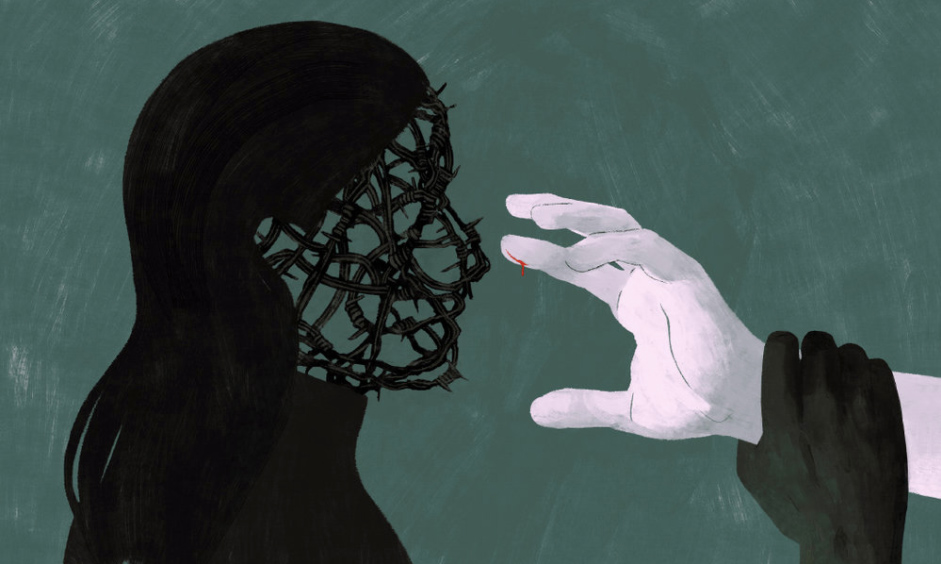 That particular form of creativity, where you’re figuring out how to embody a statement through drawings and animation, is what attracted her to the field. “It’s the reason I pursued illustration, a design discipline, over fine art,” Alzona says. “The problem I have to solve with each piece gives me both purpose and a challenge.” 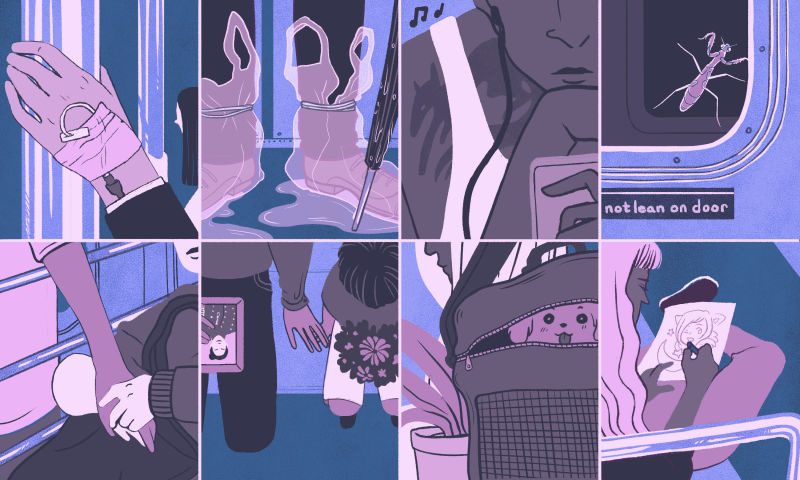 But her process is the #artlife embodied: “Inebriated notes on my phone become vague drawings in my sketchbook become a string of imagery tied together become a concept for a project.” She tries out new styles all the time since she’s producing so much work; which is a good practice, since “it’s easy to fall back on reliable ways of working when under pressure.”

From “Dishonored, The Tales from Dunwall“

It’s rare for women to hold lead positions in the industry, which Alzona says is dominated by straight white males, even though the majority of illustration graduates are female. “What you end up seeing is the world depicted through the same lens, over and over again.”

“No matter how much of myself I manage to inject into my commercial work, the need to make personal work gnaws at me.”

While her job is satisfying creatively, her urge for personal expression still makes itself known. “No matter how much of myself I manage to inject into my commercial work,” she explains, “the need to make personal work gnaws at me. Telling someone else’s story with your voice can be fun, but I need to tell my own.” To find balance, she also applies to expos like SPX or MoCCA and participates in shows, charities, and pop-ups.

From “You Cover Everything“

Love and Information :: An Interview with Illustrator Adam Villacin