What is Born X Raised?

Los Angeles, in the Summer of 2012, this was the question on most street-culturally literate minds. From Fairfax to downtown, Silver Lake to the coast, the Born X Raised flag flew high, strong and proud across the backs of family, friends, and crew.

I first met Spanto way back in the day at The Hundreds’ early stomping grounds, Brooklyn Projects. But it wasn’t until recently that we crossed paths again, this time to discuss the inevitable and obvious rise of the Born X Raised brand. 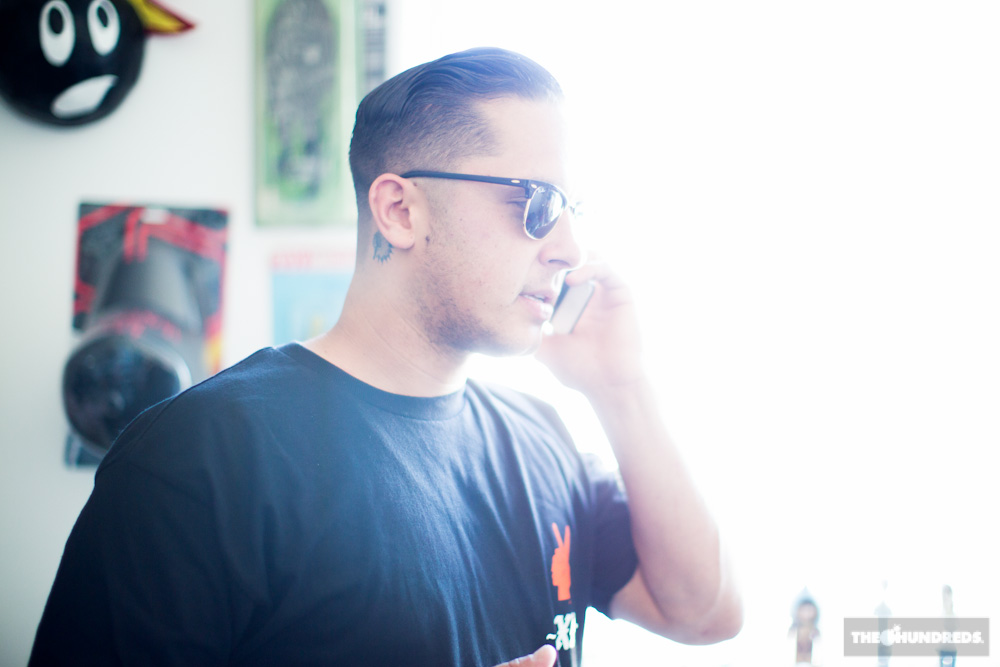 Rising from the anarchic, embattled dust and eventual gentrified stucco of Venice, California, Spanto (with the help of 2Tone and Merf) has modeled Born X Raised along his own life narrative. Brotherhood, camaraderie, and loyalty are preeminent themes from someone who has seen his neighborhood turned upside down by yuppies, from someone with a storied gang life, from someone of Native American heritage. Born X Raised begins there and fragments into notions of rarity, brand exclusivity, and old-school Streetwear philosophy.

The first time I saw Born X Raised’s “Snooty Fox” t-shirt, I was already hooked. These particular Old English letters, in the style reminiscent of early b-boy crews and gang sweatshirt iron-ons, were what lured me. I knew that whoever implemented them into their designs wasn’t relying on a downloaded font (and I knew this because I had to build that exact lettering set myself for some of our own graphics). It’s this subtle nuance of a design choice that separates the go-getters from the no-getters. You must consider the deliberation and patience invested into this brand, to do it accurately, to see that Born X Raised is here to stay. 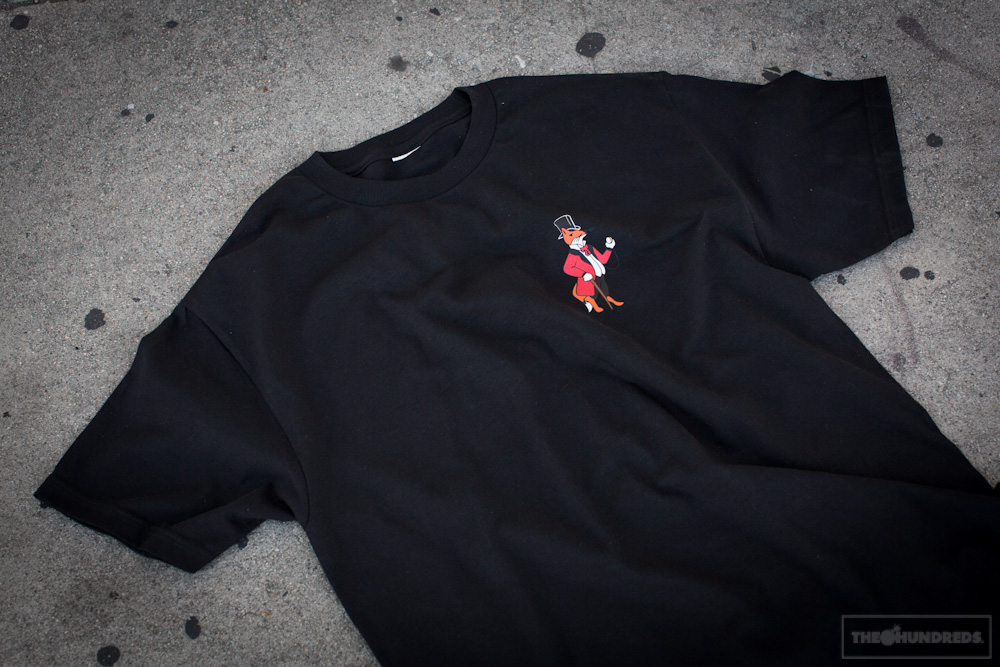 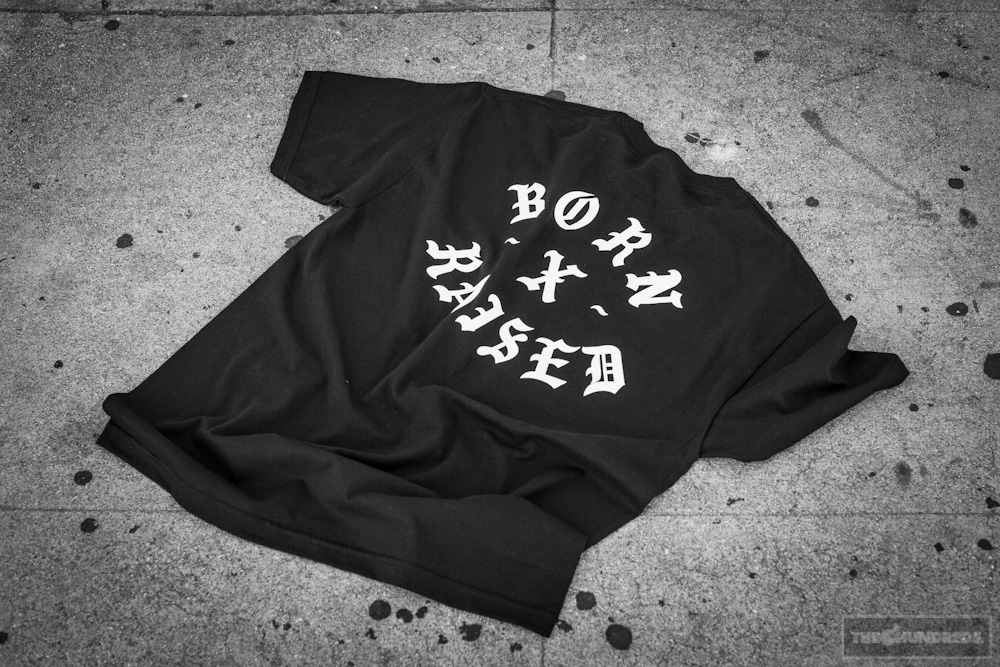 Where you come from molds you into what you are. You should be proud of that place, whether it’s a slum or suburb. I was born and raised in Venice and I’m extremely proud of that, to say the least. We grew up with rules, morals, there was a hierarchy and pecking order, we all had close family ties, everyone knew everyone, from kindergarten to the end… everyone knew everything everyone did. If you fucked up, or whatever, it was on blast the next morning and you were dealing with it by night. I miss it, I miss being in the mix like that.

Most people that grew up in Venice took extreme pride in coming up in such a beautifully diverse, colorful, dangerous city. We closely monitored who actually was and wasn’t from Venice. People from where we were from were exposed to a great deal of violence and had to live by the rules that were passed down from earlier generations. With the crush of gentrification, and when the “new” Venice residents started to move in and run around shouting, “Hey bro, Im from Venice!” it was like they were slapping us in the face.

Venice in the 80’s and 90’s was amazing. Venice was immersed in culture, from the skaters and surfers, to the gang members, artists, lowriders, punk rockers, and even just normal residents. It was a low-income neighborhood when I was growing up so it was very different from how it is now. Not a lot of people wanted to come to Venice back then and we liked it that way.

We had a Locals Only attitude back then (and still do). It was like a big playground for us from the neighborhood to the beach and it belonged to us. We had everything we needed and everything everyone else wanted. Waves, girls, drugs, parties, sunshine, it was the never ending summer. A lot of people admired our lifestyle and tried to buy it and duplcate it but it never really worked unless you were from there.

The new residents moved in, tore down most of our landmarks and changed everything in the name of progress and safety, kicked out most of the people that built Venice into what it was. Venice was the most radical place on Earth and now it’s gone. Corporate has moved in and pushed out most of the mom-and-pop local run businesses and now it just kind of looks like every other coastal city with big money surrounding it. Money ruins everything.

You’re taking a very exclusive and deliberate approach with the branding and sales strategy. Sometimes I feel like the old school streetwear philosophy of staying pure and limited is lost on the new generation of kids. Would you agree?

Yeah, for the most part. There’re still some brands out there flying the flag though. With Born X Raised it’s more about the message and the art of the thing, the creativity of the project. This is a business, but there is more than one way to get things done. Which is to say, our ultimate goal isn’t just pushing units. We want to make stuff that the people connect to, and we want them to grow to trust us in what we do. I’m really happy making Born X Raised, I wanna give it all away to my people (which I probably do too much of anyways). We’re excited about making good stuff that we want to wear, and it’s not about booking crazy orders with chain stores and pushing crazy units for us. This is a thing I’ve wanted to do for a long time and it means a lot to us. 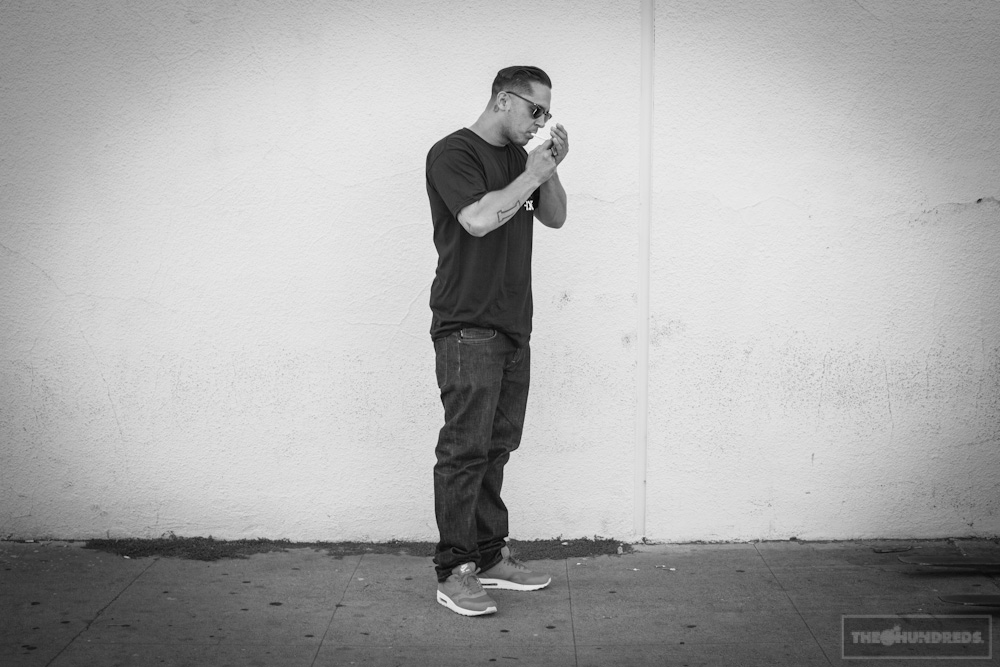 You’ve served time, you have a pretty colorful past with your organization… But your brand doesn’t necessarily reflect that lifestyle or mentality. Is it important for you to not portray the image everyone expects of you? And to stay unpredictable?

Yeah I had to serve a year a ways back and that’s really where I decided I wanted to go full throttle with Born X Raised. The notebook I bought from commissary is still the one I bring to meetings now.

It’s not about me not wanting to portray that certain image, I just feel I have more to offer. I think most people expect me to make a bunch of “predictable” product. When everyone expects me to go left I’m going to make a hard right.

You’ve mentioned a goal to enter Japan with distribution and also be closely tied with Japan. Why is Japan so important to you and BXR?

I feel like Japan is a place where you can flourish with a specialty brand, and where they are very concerned with the end product, with the craftmenship, and with the story of your brand. I don’t know this firsthand, not having done business there, but when I see the brands that have come out of Japan into the U.S., its seems like they are really serious about what they make. Something about Japan appeals to me, and I can’t really place what it is exactly.

If you didn’t have BXR, what would you be doing?

Man that’s a damn good question. I’d be in the mix somehow, I’d be doing something really good or really bad.

answered by Spanto
by bobbyhundreds