Zach Cordner has seen it all, and we mean that quite literally. In his almost two decades shooting professionally, he’s snapped the portraits of a good portion of Hip-Hop and Hollywood’s elite, and he’s got the stories (and memories) to prove it. To be fair, what he does can’t be categorized as “snapping.” That makes it sound too easy. In this age of digital crutches, photoshop and insta-filtering, Zach is old-school. Meticulous. A self-confessed perfectionist. He lights everything through the lens and does minimal post work. No smoke and mirrors or cheap magic tricks. What he sees is what you get. 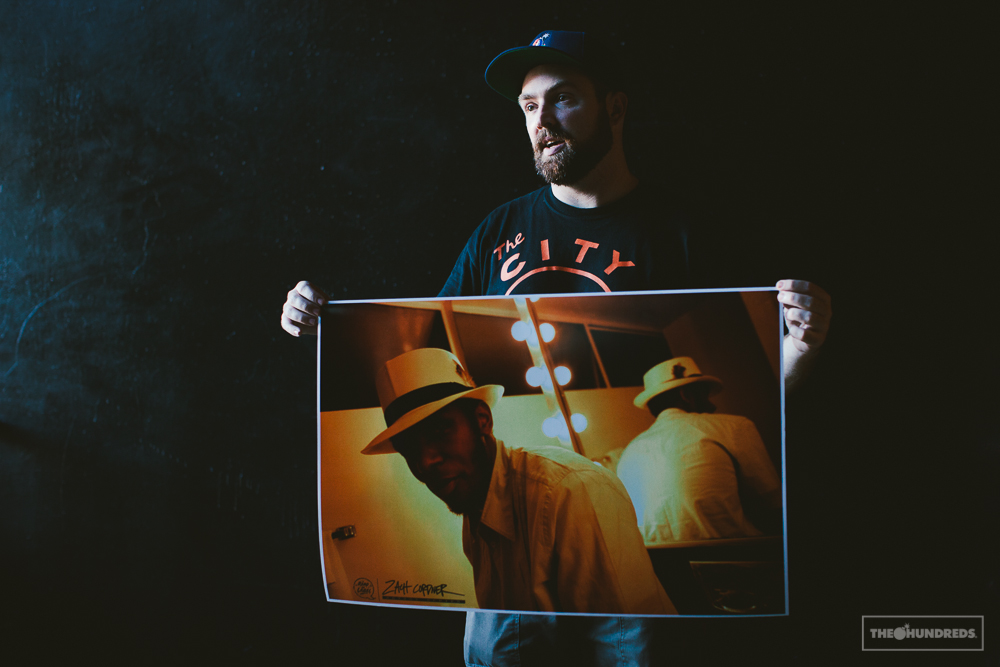 We’ve featured celebrity photographer Zach Cordner on the blog before. In fact, you may remember, The Hundreds hosted his first solo photo show and pop-up shop at our Rosewood Gallery back in 2011. Zach and Bobby go back almost twenty years — to a dorkier time when they were both just straightedge kids united by a love of skateboarding and hardcore music. At one point, Bobby was actually Zach’s photo assistant for one of his first big gigs at Rolling Stone Magazine (although Bobby’s effectiveness in this department may or may not have been hindered by his attention deficit). Like we said, the man with the cam has stories, others of which involve declining a prestigious offer to be the White House Photography Intern in favor of taking a position as Transworld Photo Editor, being the youngest member accepted into an Eddie Adams Workshop at just 19, and getting his first contact high trying to get “the shot” while Method Man and Redman bogarted many a blunt. 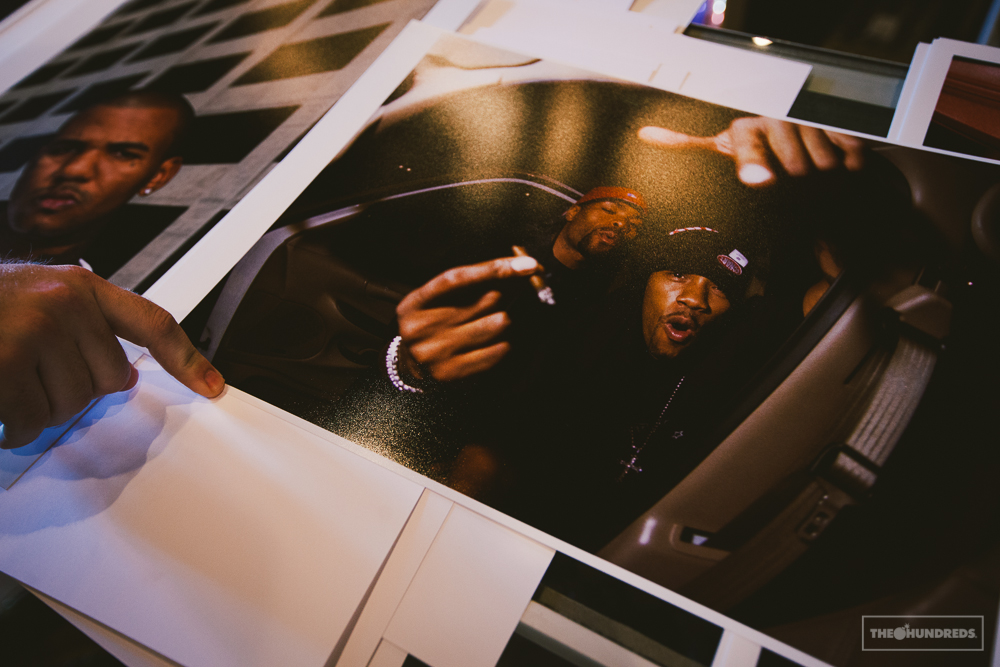 We could go on and on about Cordner’s star-studded portfolio, but to do so would take longer than reciting a list of all prior Grammy and Oscar winners (at least from the last ten years). To put his status into perspective, he was the only photographer to be personally invited on stage to shoot Jay-Z’s performance at Coachella (an event which he’s been shooting for the last 13 years). Which brings us to our next point.

TONIGHT, our good friend, the acclaimed Zach Cordner, will be having a photo show at Ironlak in Los Angeles. The exhibition will feature predominantly hip-hop, street culture, and music photography, and the prints, t-shirts and posters will be priced affordably. For just $175 you can own a print of rapper T.I. taken one week before he was arrested for gun possession. This also just happens to be one of our favorite photos in the show, from the content to the color and composition, it’s a perfectly captured image. One that you’ll have to go and see for yourself.

We hope to see you all tonight to check out some iconic moments in Hip-Hop and music history. We caught up with Zach during yesterday’s install for a preview of what’s in store for tonight. Zach dedicates this show to his late aunt Linda, who was a huge supporter of his photography career. 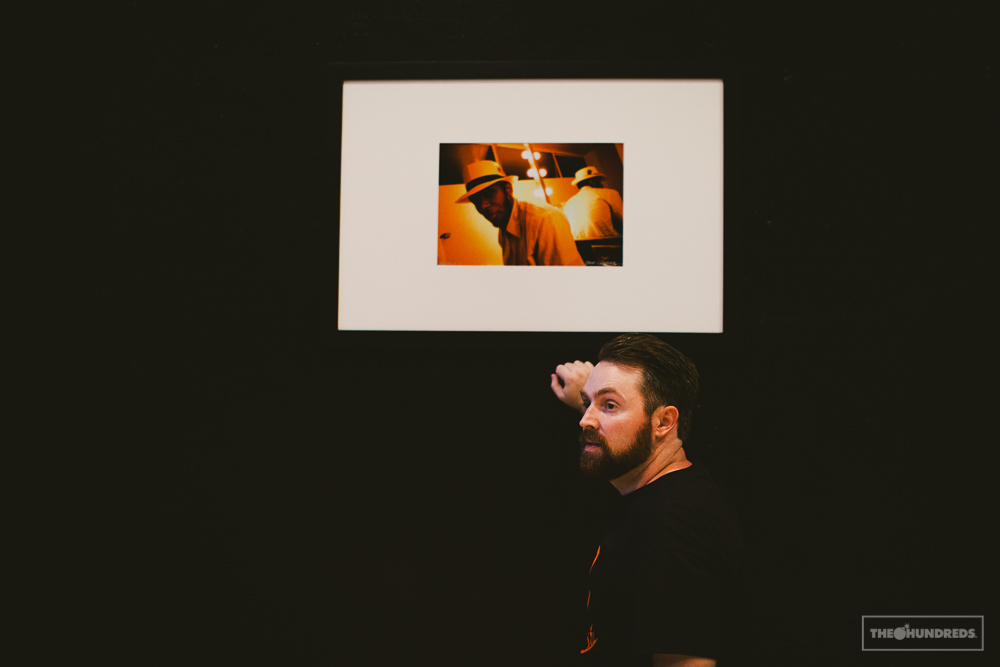 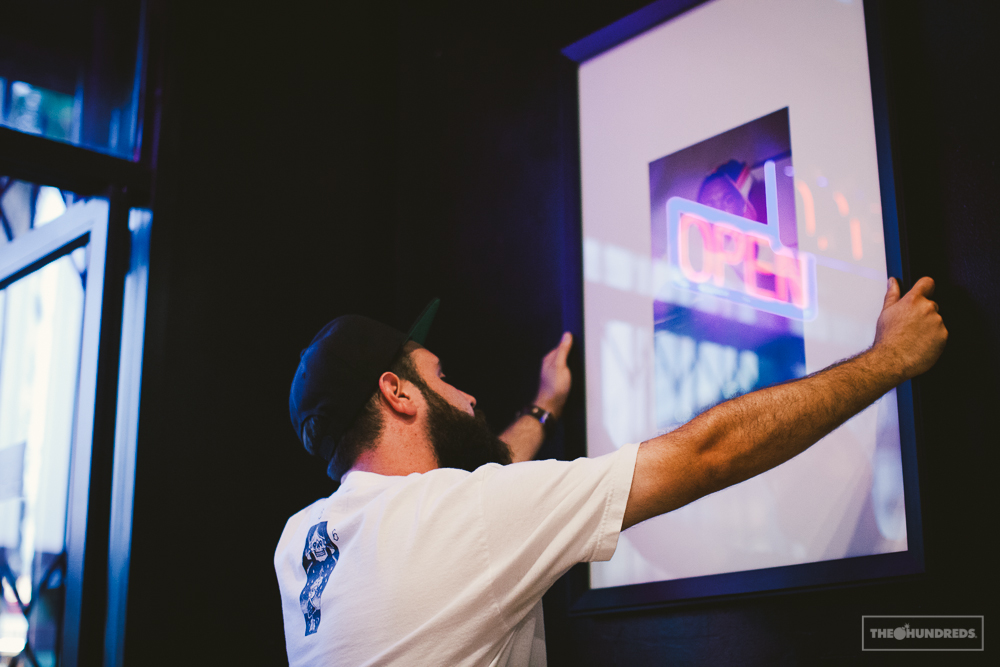 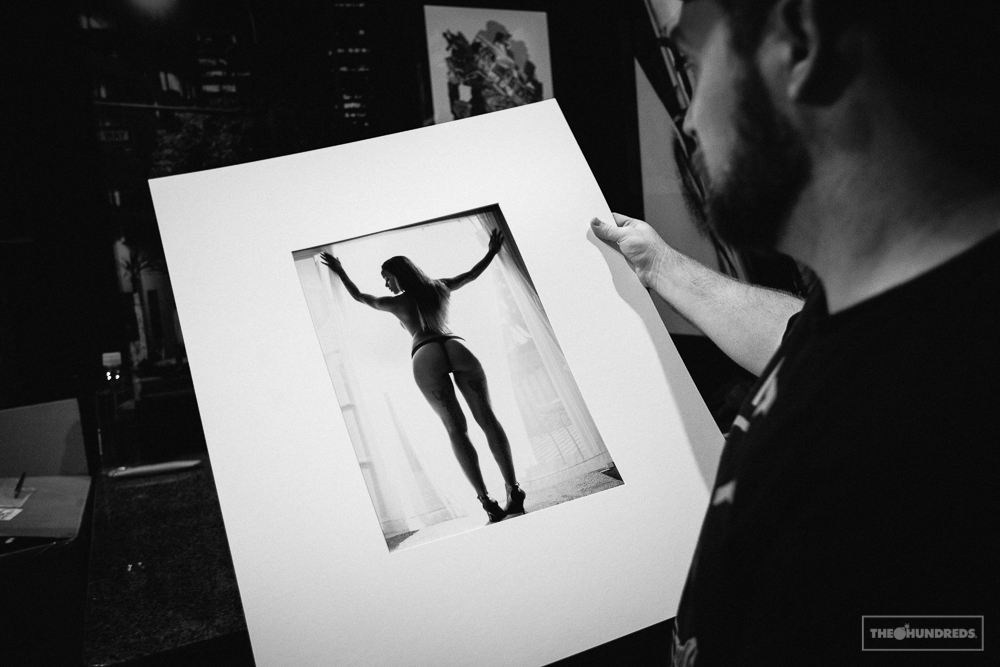 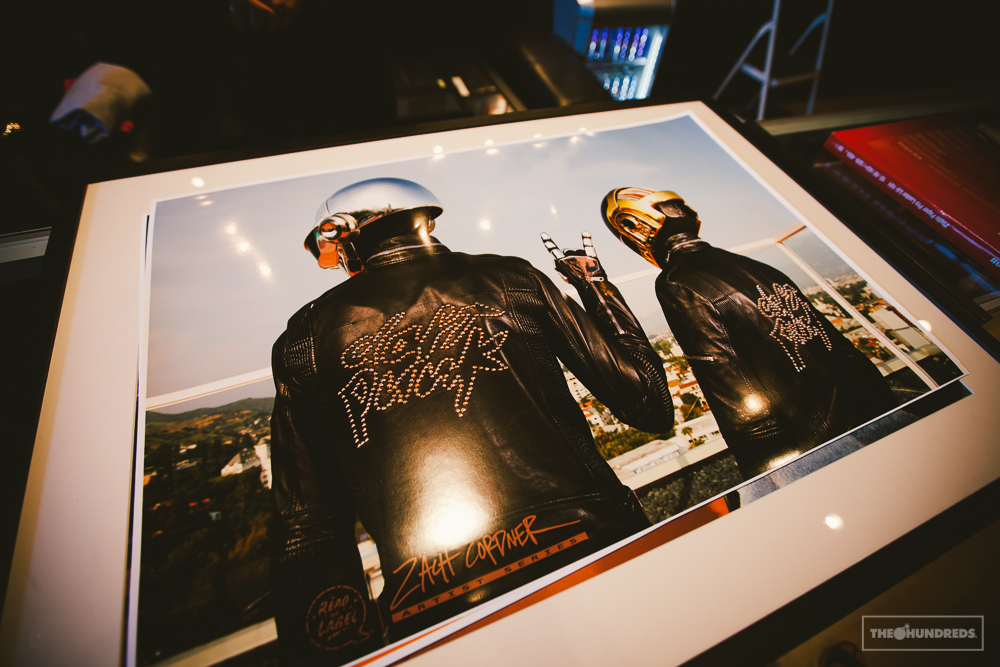 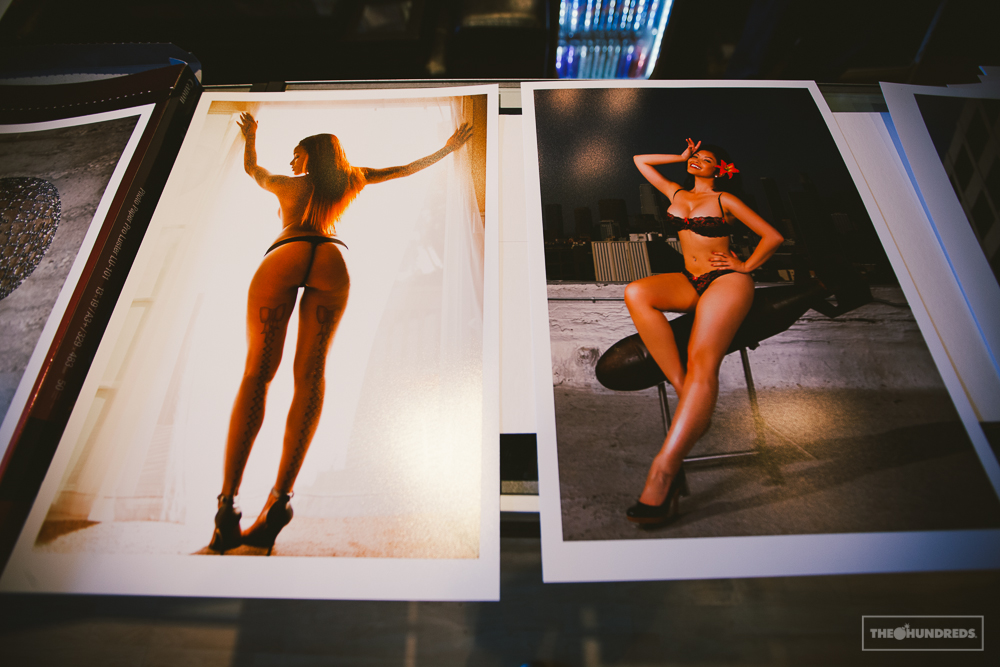 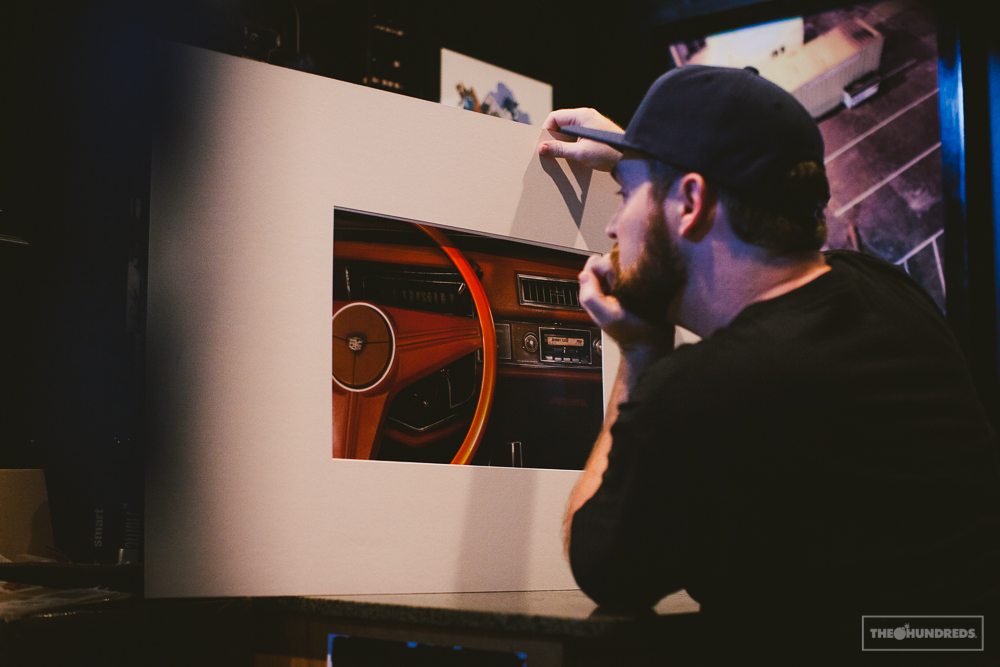 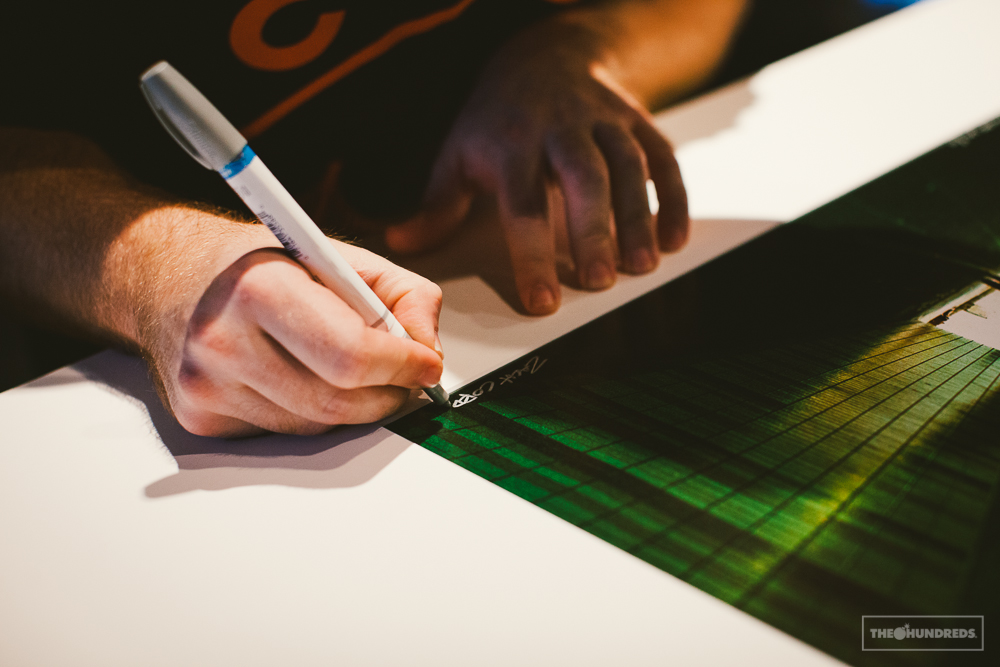