TRANSCENDENCE, DEDICATION, & PERFECTION IN THE ART OF TOFER CHIN

Imagine staring through a keyhole into the abstract existence of carefully calculated gradients and architecturally-inspired “geometrics” towering with a formidable presence. These perfectly crafted corners, cliffs, and plateaus intentionally exist within (and sometimes beyond) the parameters of a canvas’ dimensions and framework; without any definitive perspective or viewpoint to accompany and measure their magnitude or lack there of. What seems like a keyhole glance at geometric abstractions finessed by a computer – is actually the made by hand portraits of psychedelia, courtesy of the mind of Tofer Chin‘s complex take on simplicity.

In simpler words, Tofer Chin paints minimal portraits. He travels to exotic places and grabs inspiration from each unique metropolis. He humorously refers to drug use as explanations for some of his works. He rarely paints with color. He points out the textures of brush strokes you can’t see in a photo. He constructs interactive structures and murals outside of this country. He works out of Los Angeles’ Glassell Park and is relieved that the bar across the street from his studio doesn’t open until 6 PM. 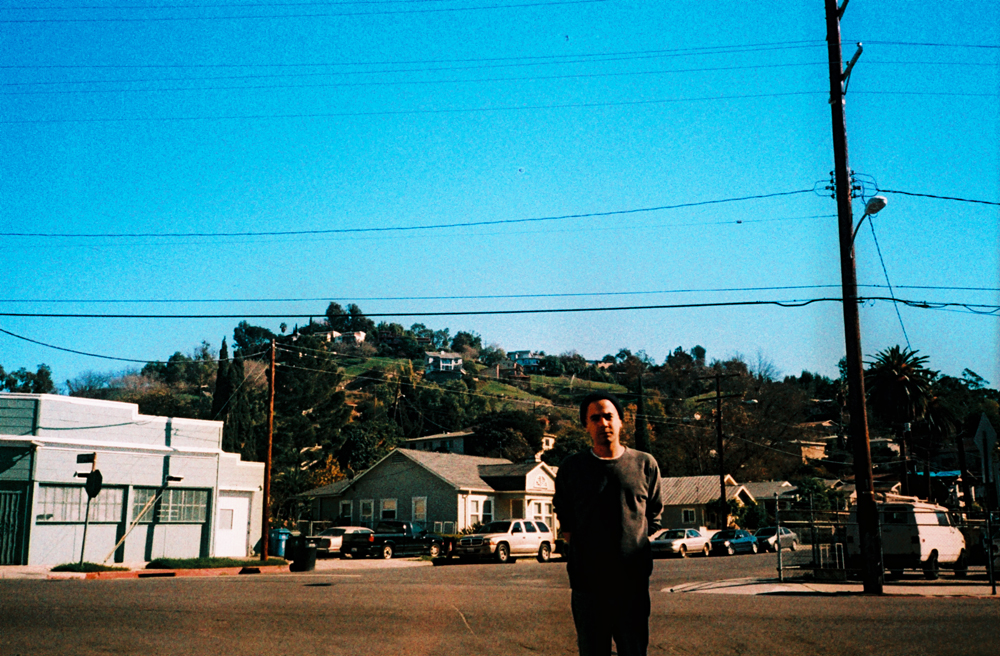 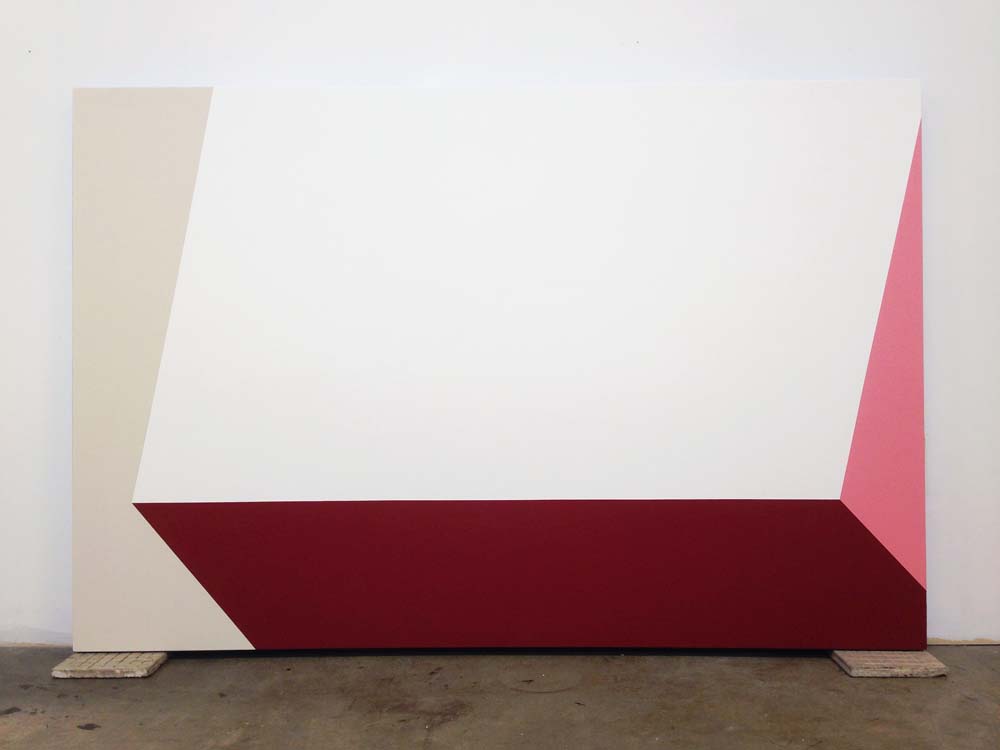 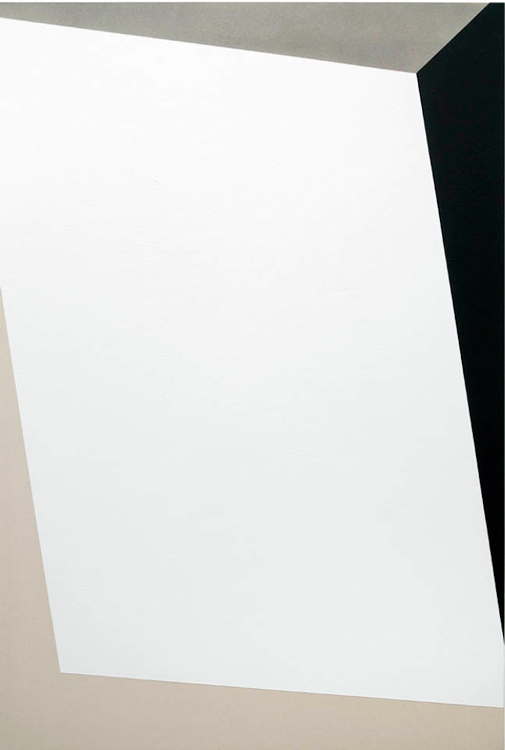 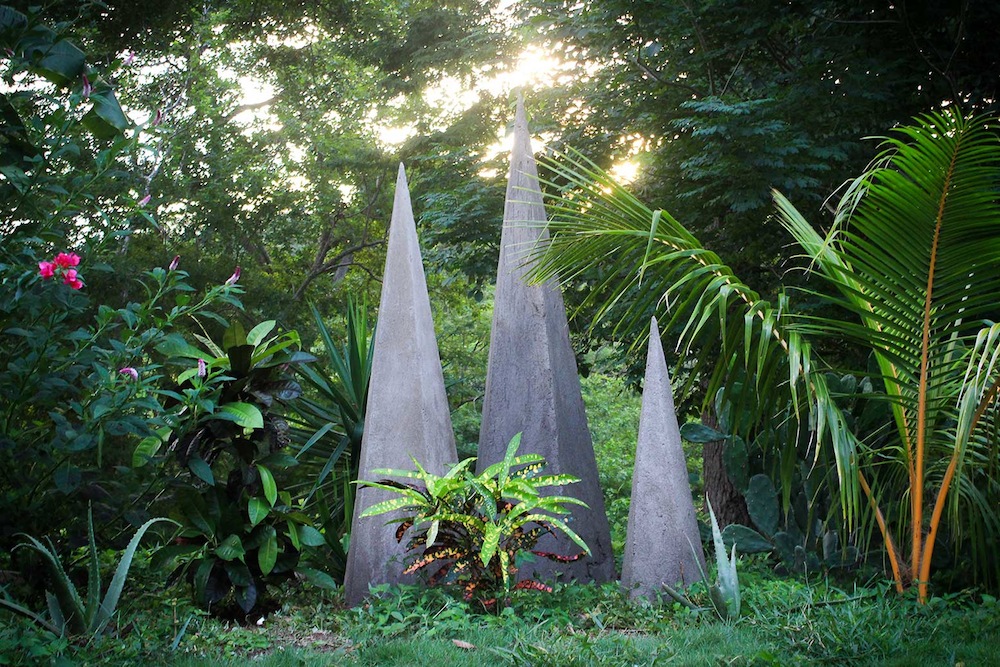 After ongoing texts describing the hectic busy-ness of our work schedules, Tofer and I made time to link at his studio to talk minimalism, the metropolitan San Paulo and how to transcend the here and now.

My visit to Tofer’s studio began with an enthusiastic canine welcome from his dog Jose. The studio walls were dressed with some of his recent black and white works, along with some of the colorful works of his past stacked in each of the corners. The industrial windows were above any standing viewpoint; allowing for no outside distractions aside from natural light. The Glassell Park studio rests quietly away from the plethora of visits and side-tracking contingent with working in Los Angeles; yet allows for him to work within close proximity to the world of muses the city offers. 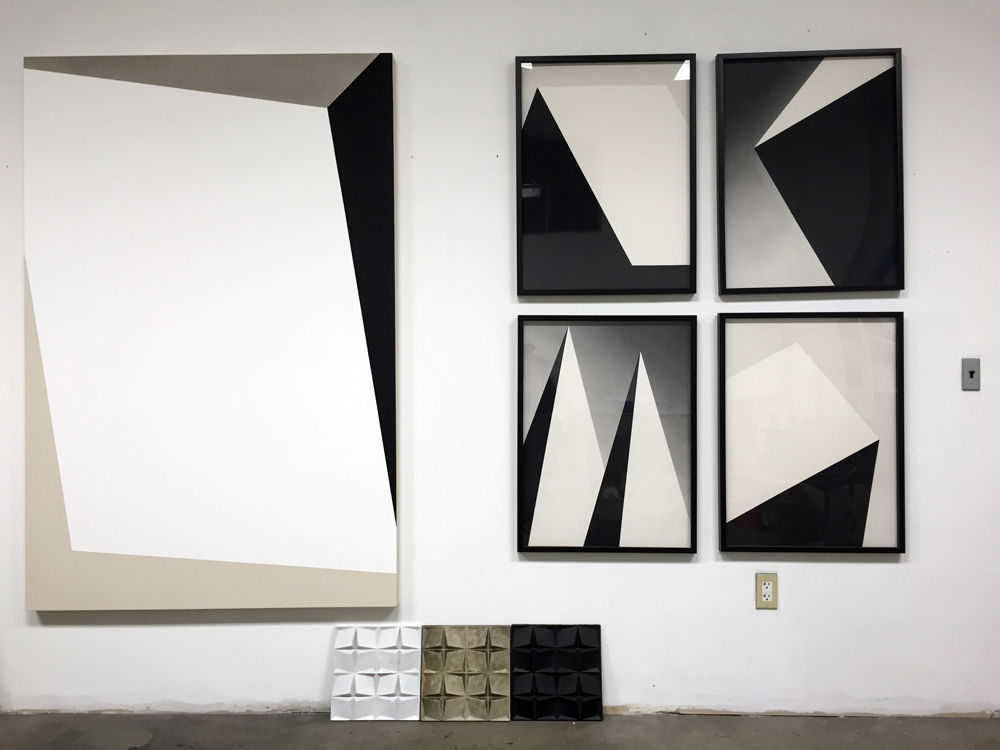 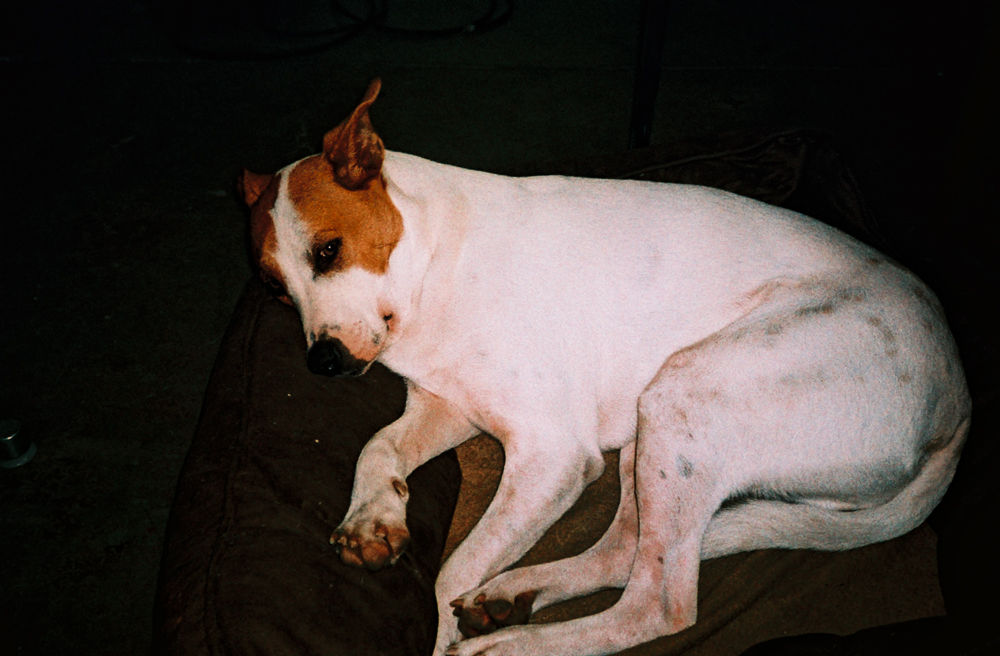 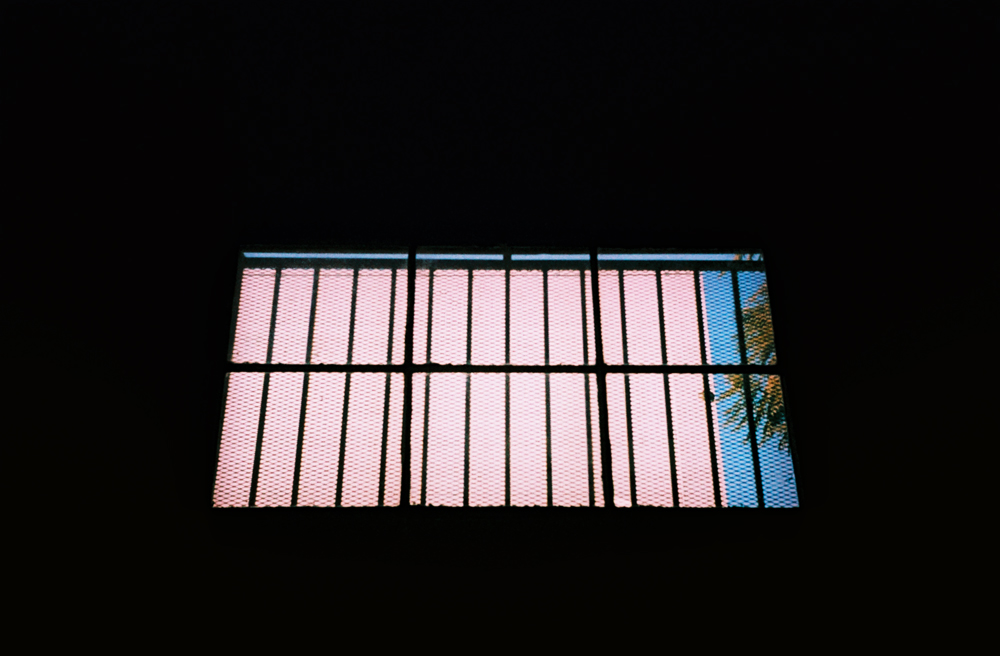 After doing my own brief and uneducated visual studies/observations of his work, I asked him to tell me about what he’s been endeavoring on.

He drew focus to the 8 or so pieces framed on the white walls of his work space. As he explained to me the craft of creating them, he went on brief tangents to describe his work’s evolution from op (optical) art to the minimal portraits he currently makes. He described to me the late ’90s, college-going Tofer Chin’s frustration with the immediate read of representational, cartoony, and fine art. He used descriptions of that representational approach with words like “comfortable” and “cute.” He went on to explain the amounts of self-discipline needed to keep him from doing gestural works, even though he loves it. 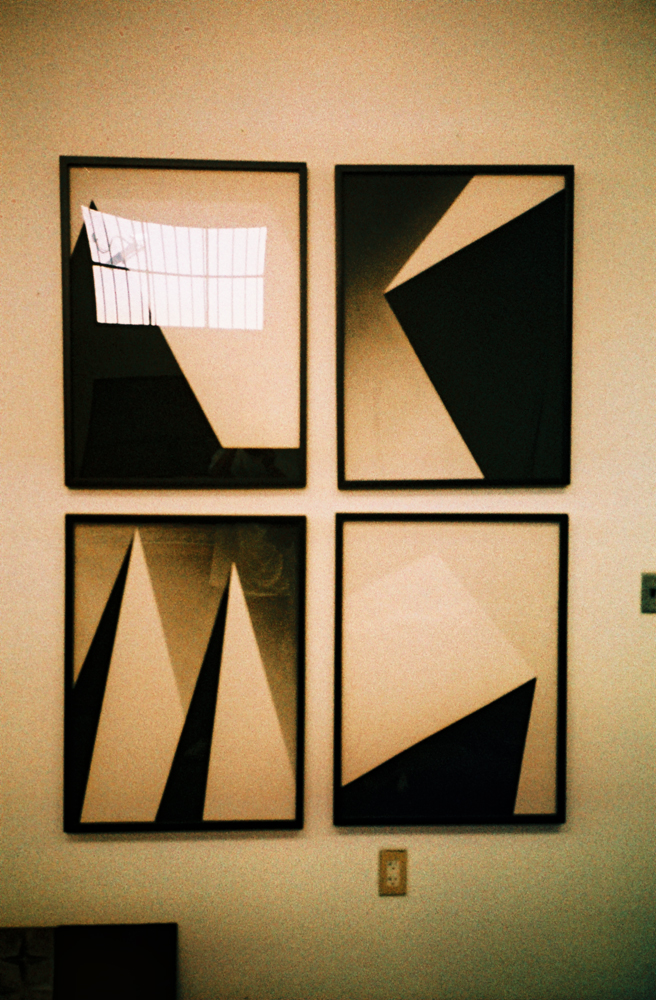 When explaining to me where the magnitude of his work lies, he spoke proudly and not defensively. He showed me the details of his sculptures with edges sand-brushed to the point where they seemingly appeared like glass. He proudly discussed the challenge of breaking ideas down to basics when explaining the lack of color usage in his recent work.

The intent of the black and white simplicity in his painting was backed by stories of immense inspirations found while being in San Paulo, Brazil. He “painted the picture” of a metropolitan city with minimal architecture, dull colors, and patterns. He described the cold weather in what the country considers its “concrete jungle.” He helped me visualize the city with the description of its lack of bright colors. When I looked back upon his studio walls, the manifestations of these inspirations shined clear. 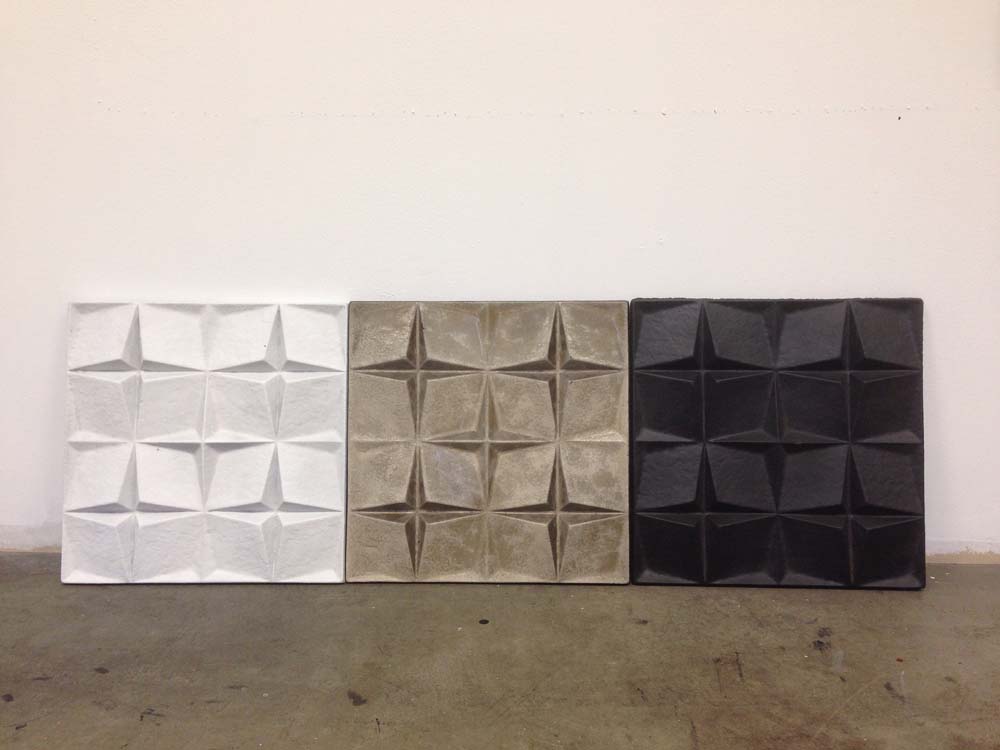 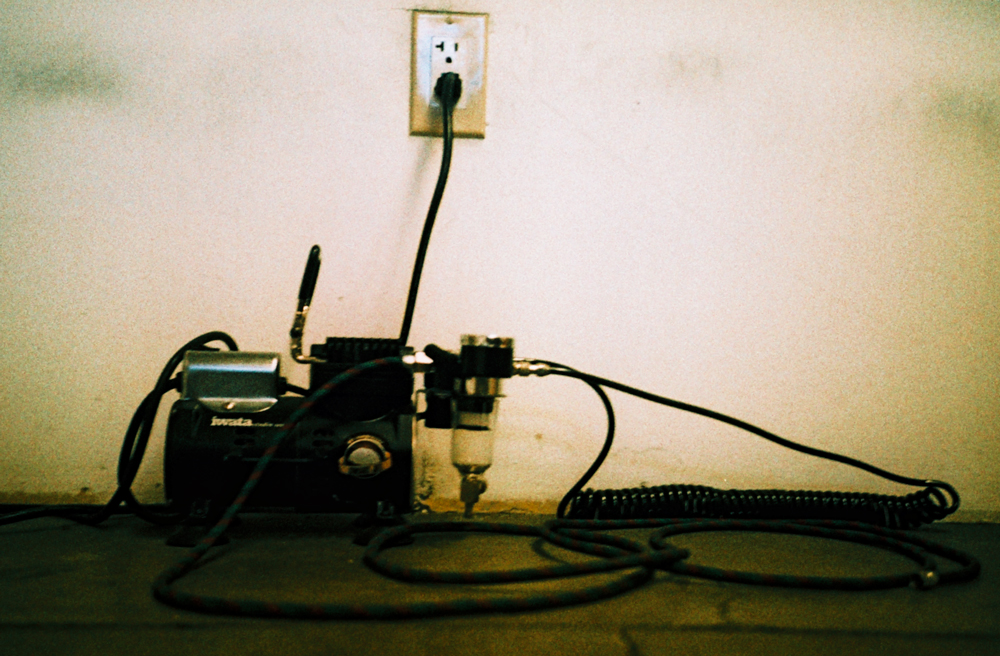 “[TOFER CHIN] USED WORDS LIKE ‘TRANSCENDING THE NOW’ AND ‘DO WHAT YOU’RE SUPPOSED TO BE DOING’ WHEN WE DISCUSSED ‘WORK.'” 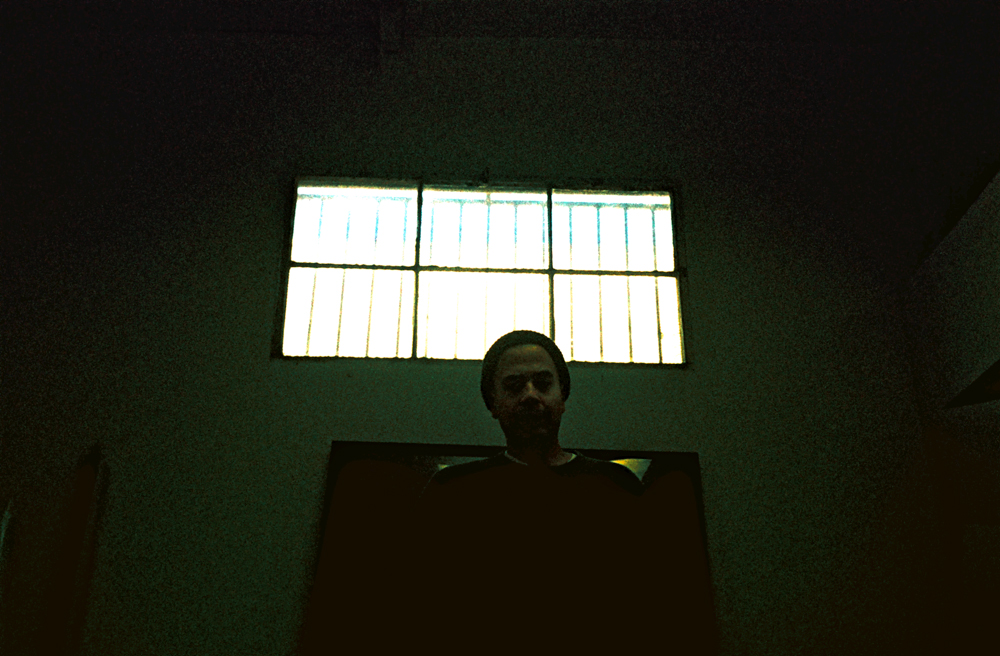 As a few hours passed, little silence occurred between the exchanges of questions and answers spoken. Tofer went on to showcase recent works of art direction he’s done with the music label, Innovative Leisure. He excitingly spoke of the stop motion show for TV he is knee-deep in. He scrolled through countless photos of his work to show me the recent work he’s done overseas. He detailed the processes of murals and interactive structures he’s created around the world. When describing these works, he continually concluded by wishing me hopes of seeing them in person rather than through the screens he showed them to me through. 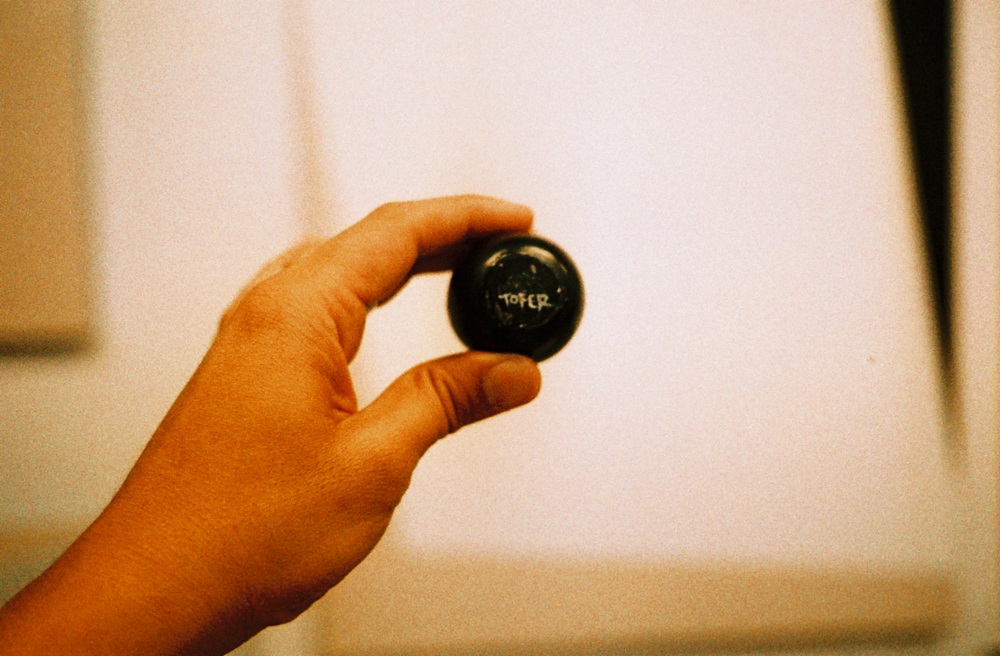 My favorite part of my visit happened during our conversations about remaining consistently working. It made the most sense when Tofer gave praises to working as an absolute tool to maintain an artist’s sanity. He discussed the peace of mind achieved through the creation of his craft; and the overwhelming reward when his work evokes emotions in his viewers. He continued by telling me he doesn’t work in a project-based manner. He proudly exclaimed that he must always be working on art regardless of any upcoming shows/installations. He used words like “transcending the now” and “do what you’re supposed to be doing” when we discussed “work.”

Linking up with Tofer was inspiring for me. I’ve seen him and his art around for years now. What always seemed to me as being art crafted with discipline and higher level imagination – ended up manifesting as something very human. It’s art inspired by amazing things seen by human eyes and hours upon hours of physical dedication towards perfection.

The art is simply Tofer Chin’s way of challenging you to look for more. 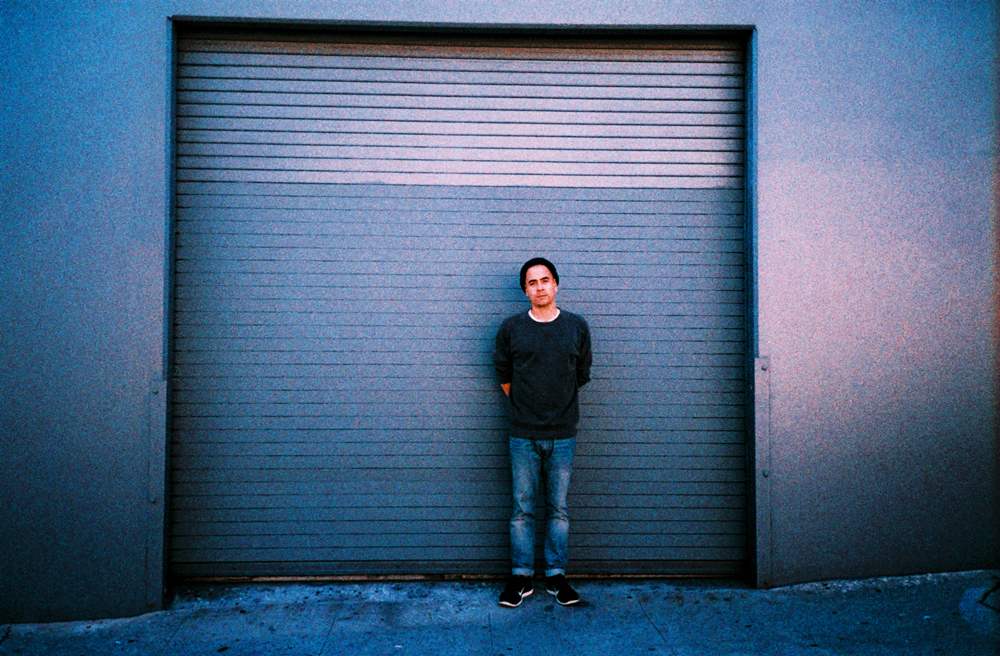 Read our first interview with Tofer in 2013 here.