THROUGH THE LOOKING GLASS.

Jayne stopped through to show me herJames Jean portrait that the artist did of her at Joe’s house not too long ago. Applying mixed media, under 2 hours, on the fly. The tradeoff was he got to draw her, she gets to keep it, as long as he can use it for his next book. Seems like a good deal to me. 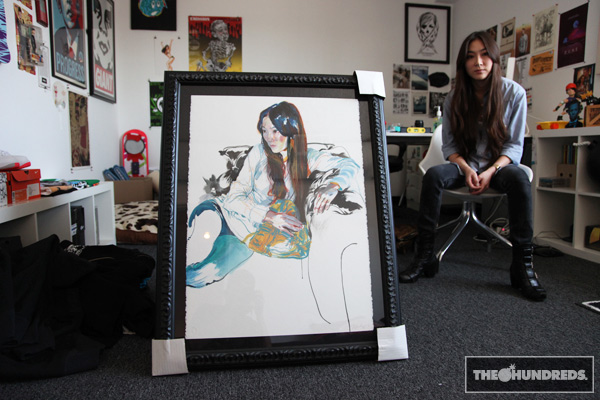 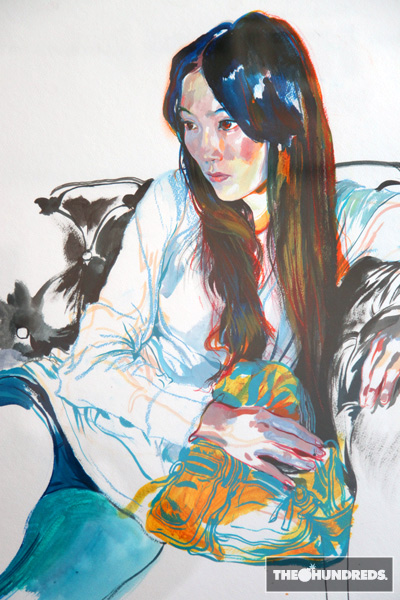 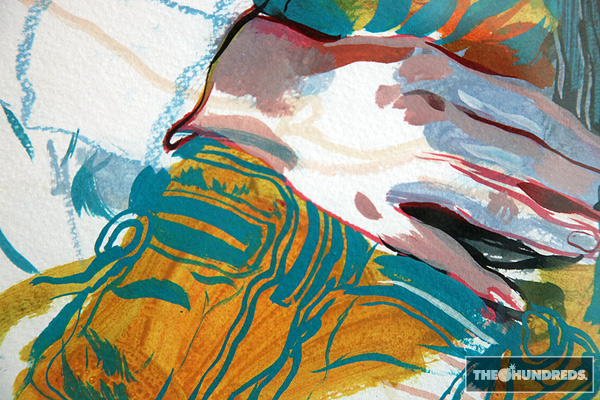 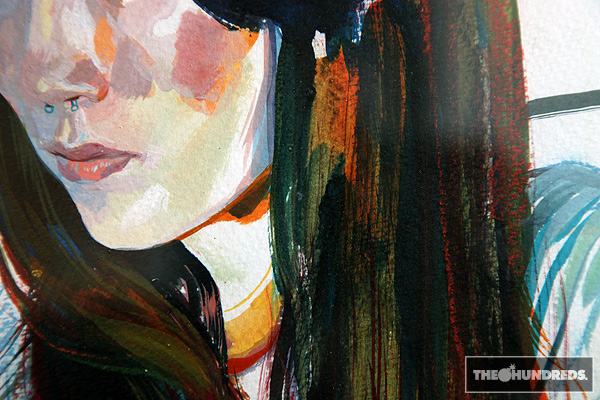 Remember when we did aThe Hundreds Chronicle on James Jean 3 years ago? To bring you up to date, James is responsible forPrada’s recent, wildly successful campaign, and many of you may also recognize his work in the newWatchmenmovie. Alex McDowell asked the artist to do a Varga-esque Sally Jupiter (played by Carla Gugino) pin-up, which plays a prominent role in introducing the character. What’s cooler than that is that James has actually made the print available to buy onlineHERE. 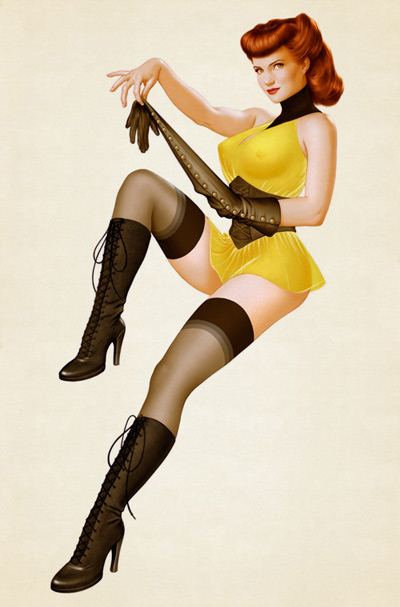 Foreign Family, Chad and Yoshi (MR44), dropped off a scenic Los Angeles poster *nyuk*nyuk* and Vito’s blackbook, which they’ve kept hostage for, oh, about a year. 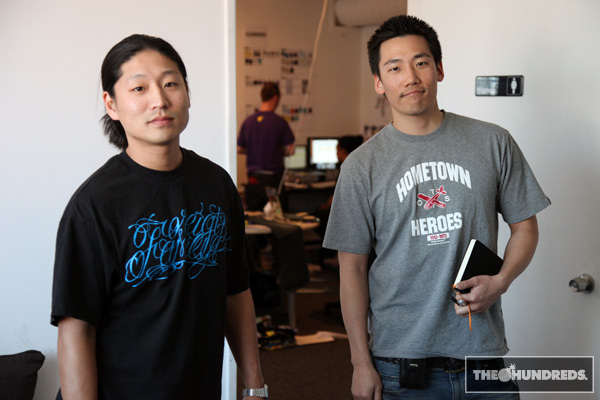 I made my way to Rosewood to check in on THLA. 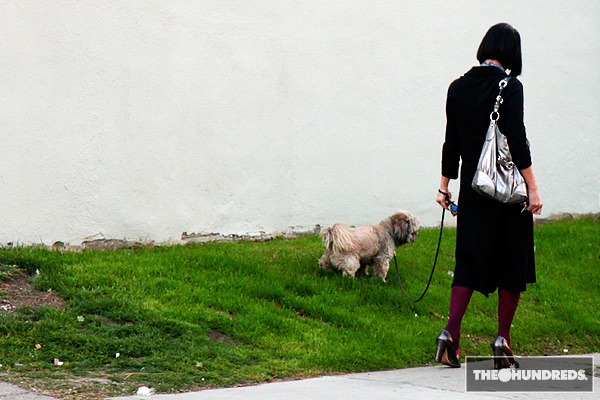 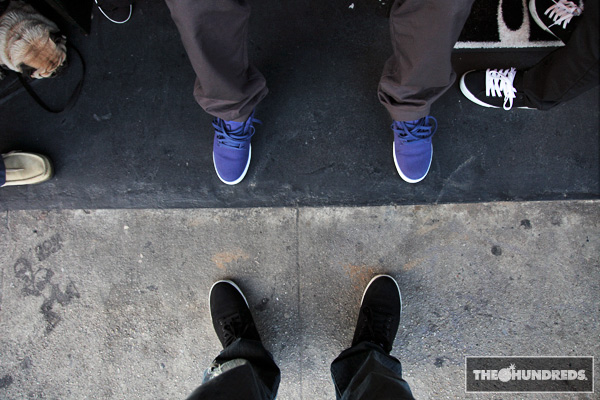 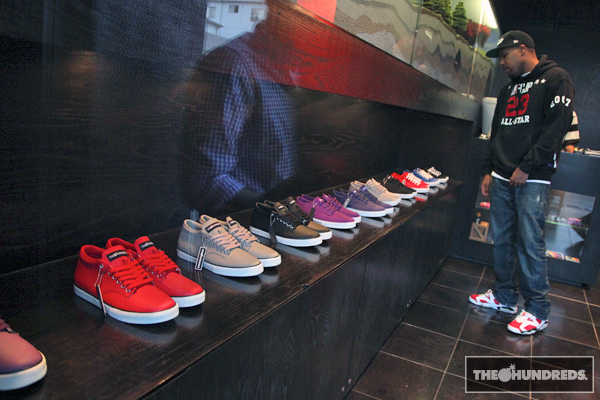