adidas and The Hundreds announce the "Bruder Pack"

First, adidas greenlit a collaboration.  Then, we got access to the legendary Stan Smith.  But not just the run-of-the-mill Stan Smith, but the Stan Smith Vulc under adidas Skateboarding, which is essentially a streamlined, featherweight, suped-up rendition of the fabled shoe.  We should’ve been content with that – which we were – but of course, we got greedy.  We asked for the logo.  You know which logo.  The trefoil.

And they gave it to us.

This is the beginning of a long and storied relationship with adidas.  We start with the Bruder Pack.

adidas and The Hundreds partner on two, adidas Skateboarding A League collaboration packs leading with the limited-edition Bruder Pack. The pack features a waxed­-canvas track jacket and Stan Smith Vulc with a custom tongue embossed with the faces of The Hundreds’ founders.  Also included are a beanie and a CLIMALITE T-­shirt with reflective treatments mirroring the details of the shoe, along with a unique logo lockup of The Hundreds’ Solid Bomb and adidas’ iconic trefoil.

“This collaboration is a milestone for The Hundreds. It’s like being invited to customize a piece of history,” Bobby Hundreds said. “As good as the stories are behind the collaboration, we feel the actual product is even stronger. I think The Hundreds and adidas succeeded here in making timeless, quality footwear rooted in a compelling story.”

Done in all black, a consistent color theme of The Hundreds since the brand’s 2003 debut, the Bruder Pack takes its name from the German word for “brother,” and is themed around the partnership and family bond behind the entire brand — and especially of Bobby and Ben Hundreds.

The Bruder Pack is available in 100 select retail stores worldwide on December 18, 2014.

In January 2015, adidas x The Hundreds will release the Crush Pack, the second offering from the collaborative collection that coincides with the Rosewood Invitational soccer tournament. 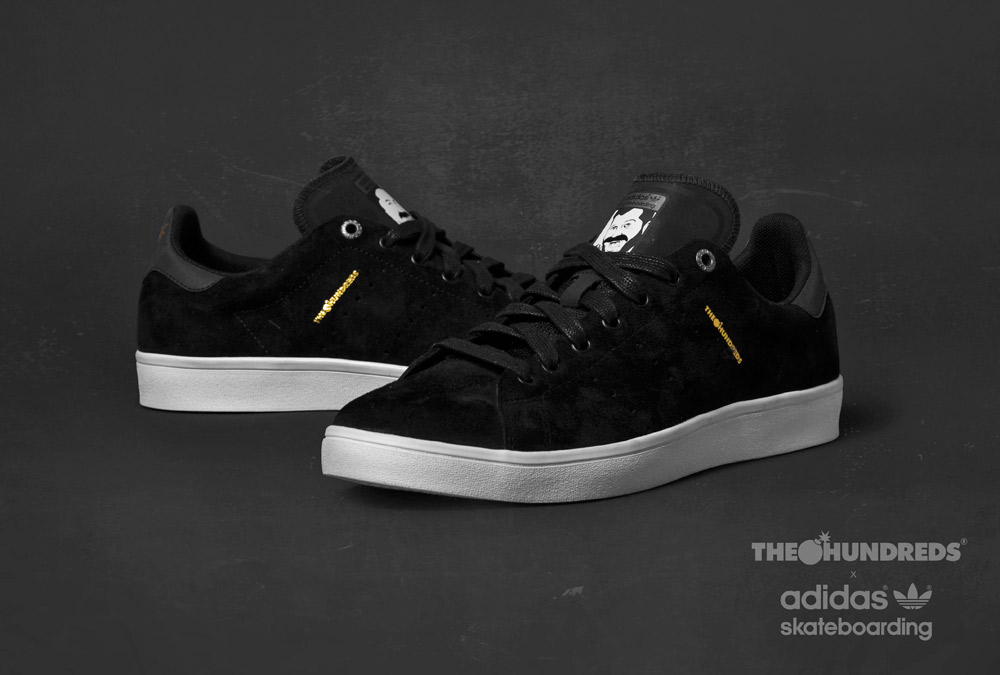 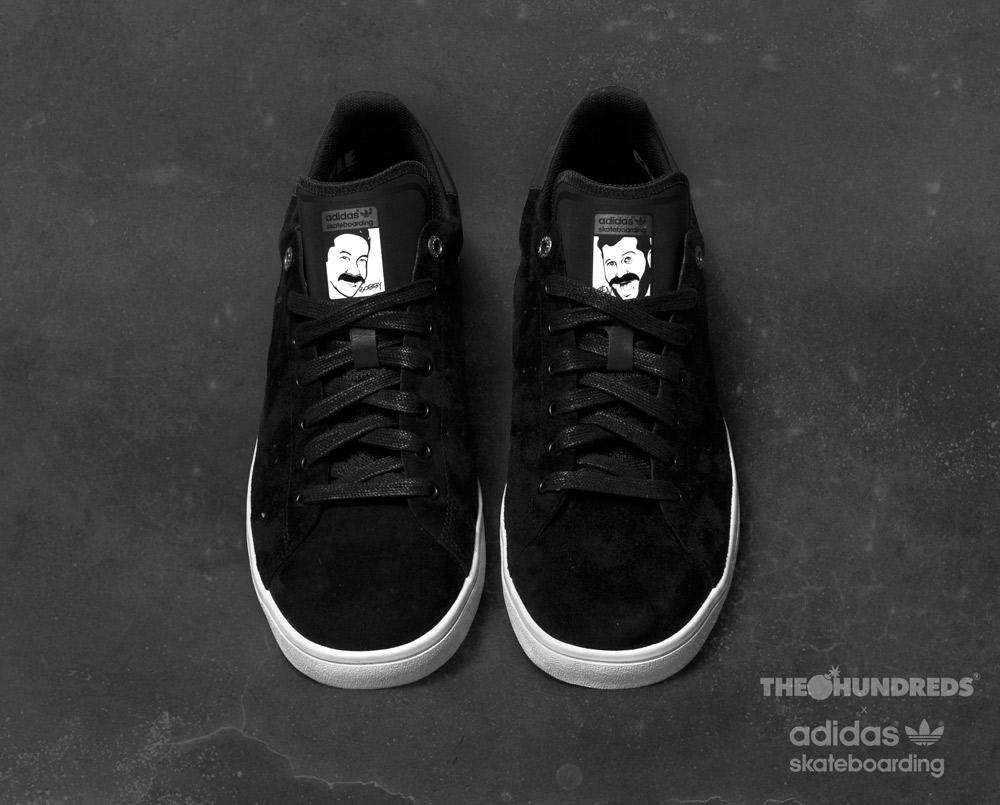 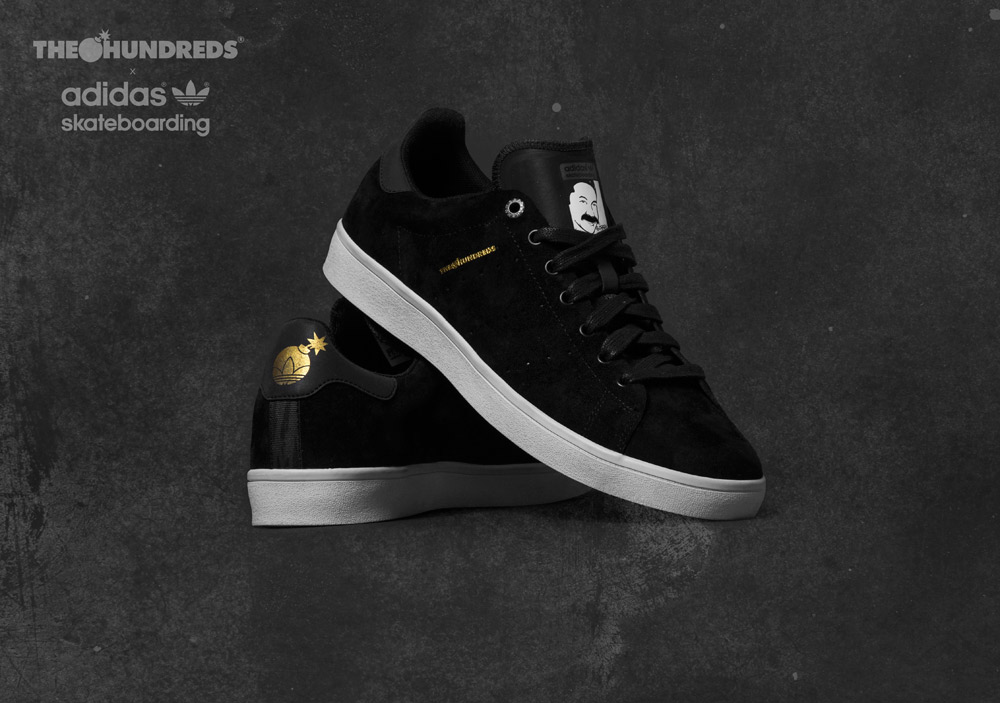