Polyester is the real deal. For a long while he steered clear of the limelight, opting instead to produce beats behind-the-scenes for a roster of familiar faces, like our friends Dom Kennedy, CBG and Casey Veggies. But these days, Poly is turning a new leaf and trying his hand at being the man in front of the camera. Don’t let his humility and modest demeanor fool you, though; Poly murders every beat thrown at him, fusing party-starting bangers with THC-laced tracks that epitomize chill, West Coast rap, in the same vein as DJ Quik or Devin the Dude. Poly hasn’t received the same degree of commercial attention many of his contemporaries have experienced (not yet, at least), but his diamond in the rough disposition makes him all the more rousing the first time you get an earful of him.

So without further ado, I present to you Polyester the Saint: 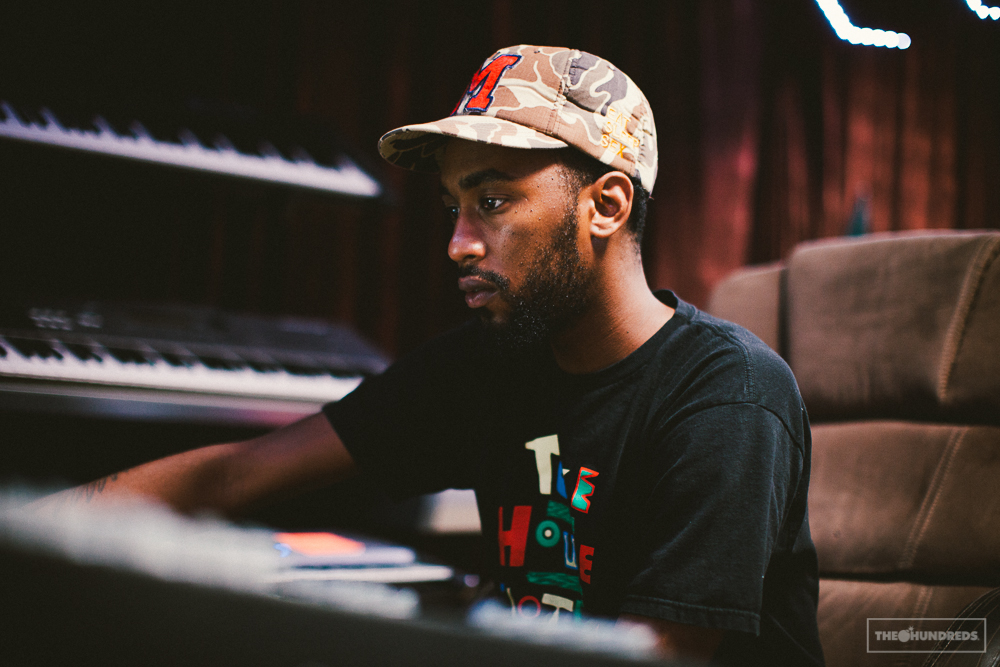 How’d your transition from producer to rapper come to pass?
I got into rapping after being a producer for some time. And with a lot of the tracks I would make, certain artists liked the beat, but they didn’t necessarily know what they wanted to do with it. So I would make my own songs. I tried it, and people accepted it and liked it. So I began to use it as a tool to promote my own sound.

The word Pop reoccurs throughout your merch line, and it’s also the title of your latest album. What’s the meaning behind Pop?
It means what it means to everybody . . . Just pop! Just to go big, basically, that’s what it means. To go big and do more than the average.

On the topic of Pop, what is Pop University? Can we enroll?
Yes, everybody can enroll! That’s a part of my merch and plan to promote everybody to Pop. Everybody, whether you’re a doctor, lawyer, or you work at the bank or grocery store, can get with Pop and be the best at what they do. 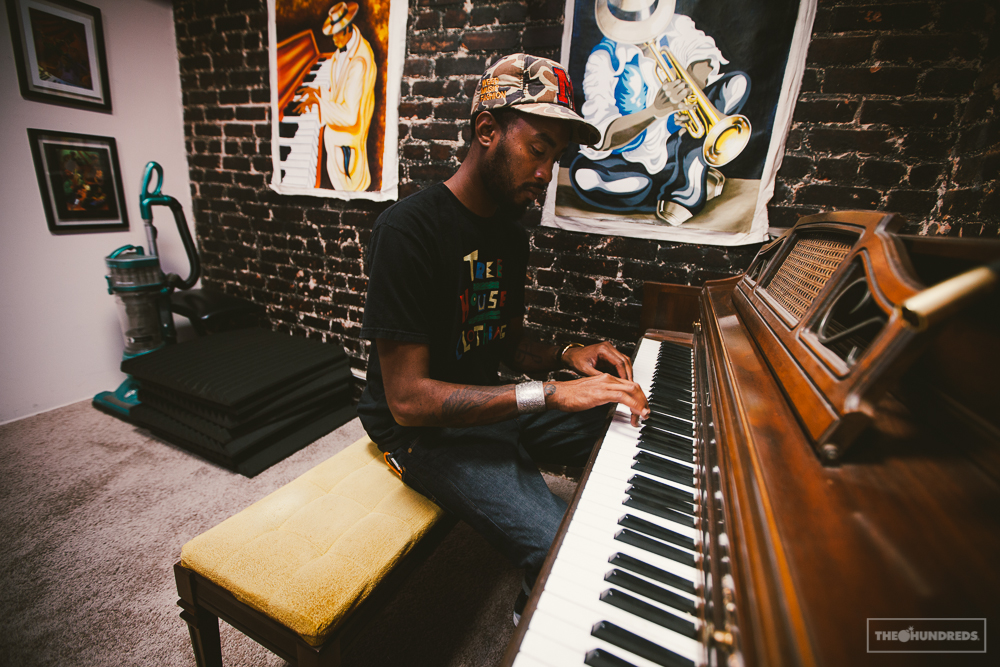 What’s good with your fashion line?
I did a t-shirt and hat with a clothing brand called Mookee started by a friend of mine, Yuske, and that was the beginning of me putting out my own merch as far as with Polyester the Saint. And then I also have house shoes. Those are a signature thing to me because I really do wear them on an everyday basis. 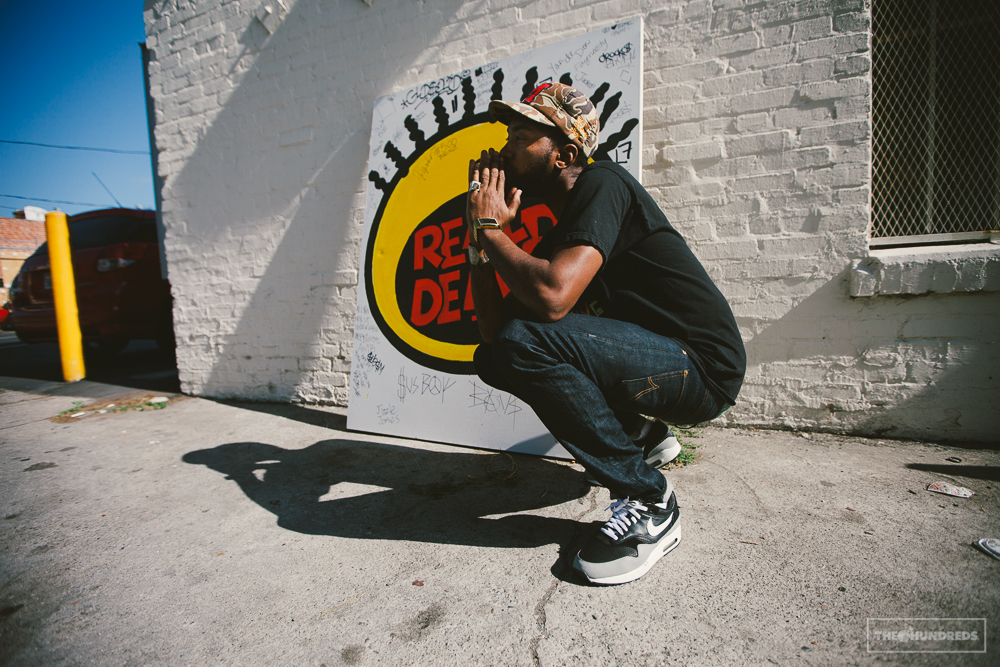 Describe your thought process when you were recording Pop.
My mind state was to go in and make the best music that I could make at the time, and really push myself to explore my rap and explore the singing aspect of it, too. And being a producer first–that’s always what I wanted to be first. It wasn’t difficult, but it was a challenge and I liked it.

You’ve produced for a lot of crucial artists in the past: Dom Kennedy, Casey Veggies, OverDoz . . . the list goes on. Does your process differ between producing for others and producing for yourself?
No, it’s pretty much the same. A lot of times it might vary slightly just because I like to make stuff right on the spot with artists. I don’t really make a thousand beats and go, “Here, pick one.” I usually get with them, then they come in, and I just start making something or we just chop it up and talk about anything. And then based on whatever the vibe of the room is, we make a song. We create something out of it. 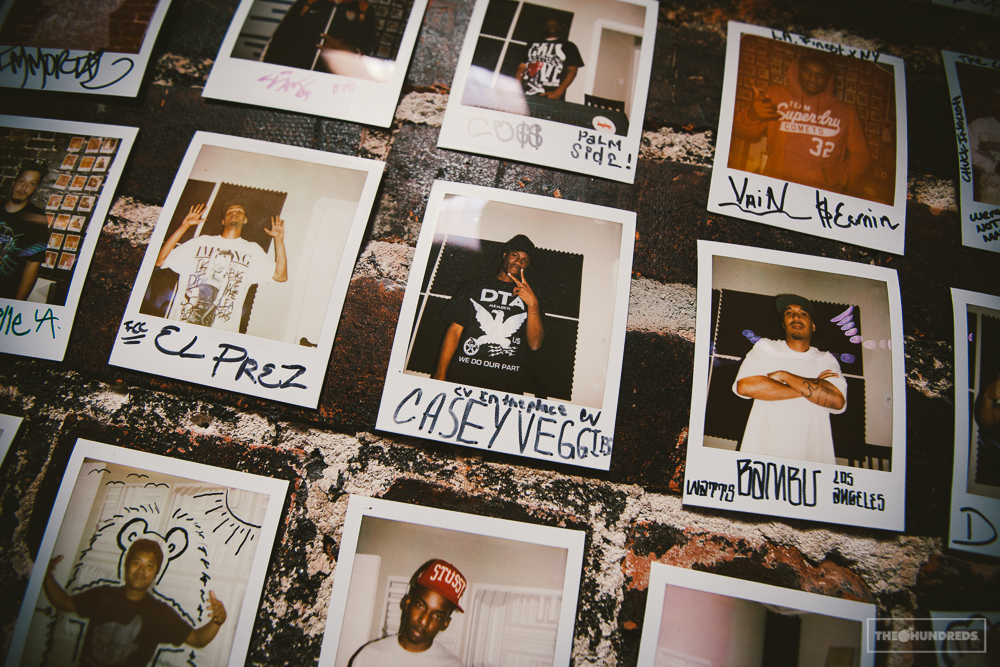 It seems like you’re really involved with the process.
Yep. And so when I’m making songs for myself, a lot of the times I’ll just be making something and I’ll hear ideas and be like, “Ooh, I like this. I want to get on this.”

I read somewhere that you grew up in and around the industry, and that Stevie Wonder even gave you a keyboard one Christmas. What’s the story behind that?
Stevie Wonder is a friend of my dad’s. They were real good friends when I was growing up, and still are really good friends today actually! They’re like boys, you know? And Stevie’s known me all my life. My dad would be like, “Oh, my son’s in marching band. Oh, my son’s in jazz band. He wants to be a musician.” Like that. So when I was 12 or 13, he gave me a keyboard for Christmas that kind of changed me, because before that I wanted to be a touring musician. I just wanted to play in somebody’s band where there was drums or piano. But when he gave me that keyboard, it had tracks so it allowed me to make my own songs. And from then on I was like,”Aw, you know what? I just want to be a producer.” 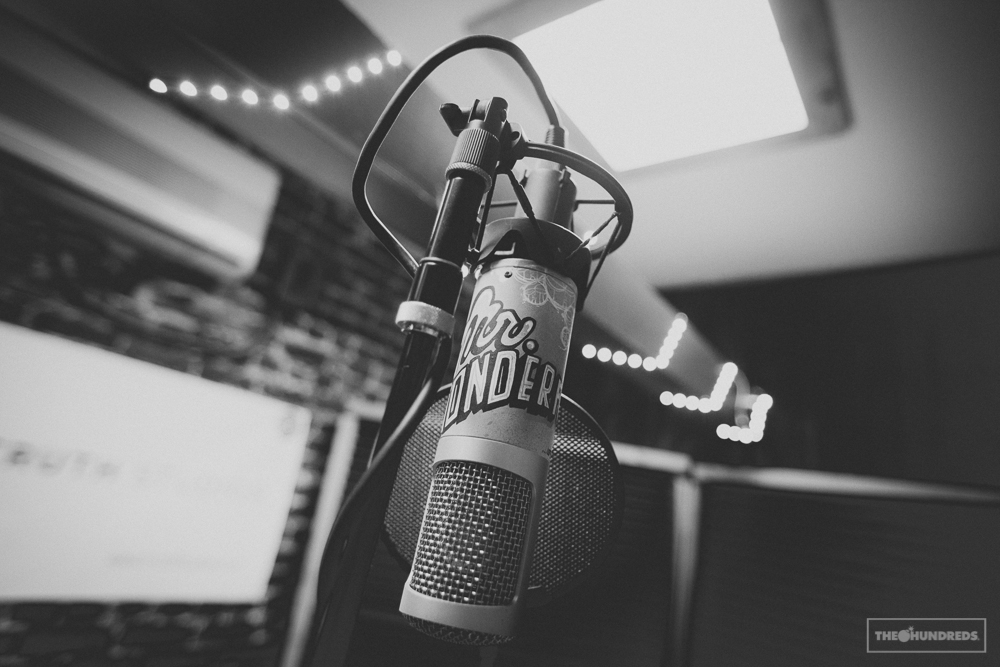 You reference LA a ton in your raps. How does being from and living in this city figure into your music and the process of making it?
LA is definitely in me because it inspires me. Not even just musically, just being outside and seeing palm trees, nice weather, beautiful women and nice cars. And then on the flip side, seeing the hood and gangbanging all in one pot. I feel like we have the yin and the yang. We have the best of the best and the worst of the worst at the same time. So LA is definitely in me and in my music heavy.

And I see the LA aesthetic repped heavy in your music videos, too.
Yeah, because as Polyester the Saint the artist–and even as a producer–my main thing is to push the culture. A lot of people overseas and in different states want to know about what we’re doing out here, what kind of clothes we wear, what kind of food we eat, what kind of cars we drive, what kind of drinks we drinks . . . So I kind of put that in music form.

You’re sort of like an ambassador to LA in your own right, then.
Yep. Exactly. 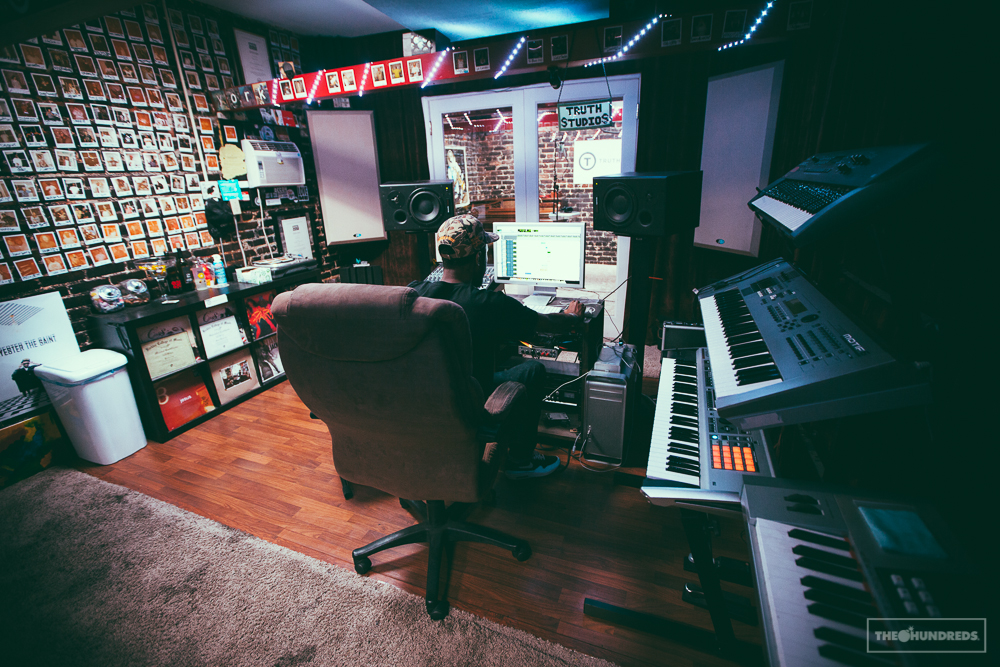