The idea of a comedy showing life after marriage and kids isn’t unheard of. However, when you mix in sexual frustration, prosthetic naughty parts, and stellar character-driven performances from the entire cast, you begin to stumble into something great. And that is exactly the sweet spot where THE OVERNIGHT lands. I happened to catch a panel with the films’ stars, Jason Schwartzman, Adam Scott, Judith Godrèche (Taylor Schilling was not present at the panel, but stars in the film as well) and director Patrick Brice, it became clear that this film was something special. Equal parts tender and absurd, it’s a perfect mix of sincere moments and lewd humor, all brought together by wonderful pacing.

We caught up with Patrick as he spoke to us about how the movie came to be, the crazy production schedule behind making it and why he thinks comedy is funnier if it means something. 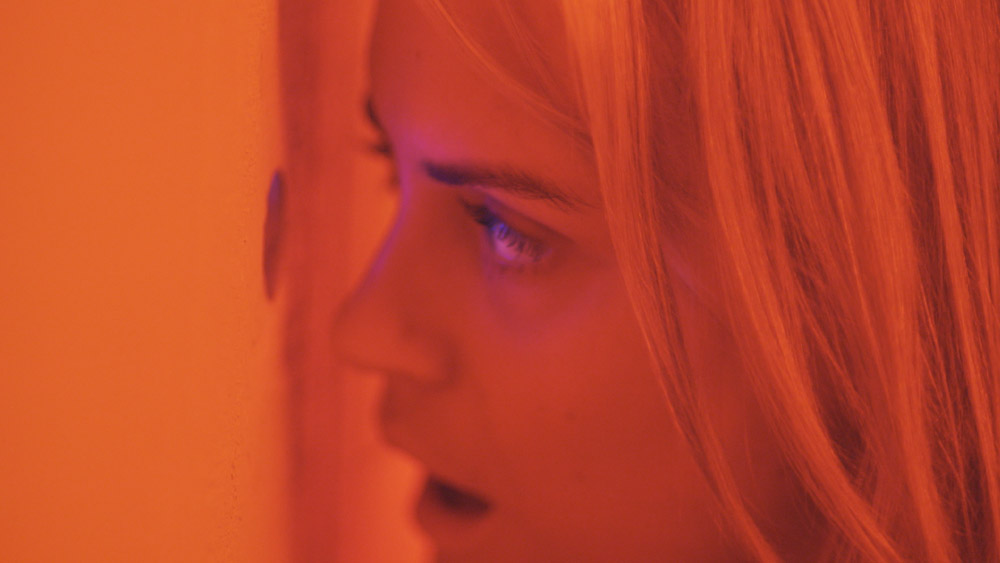 TYLER: A co-sign from the Duplass brothers is no small feat. How did you originally link up with Mark [Duplass] to make CREEP? And how did that lead to THE OVERNIGHT?
PATRICK: My wife worked for Mark’s family when we first moved to Los Angeles from the Bay Area. We became friends fairly organically going over to their house to hang out. I was finishing up school at CalArts and Mark was a kind of mentor to me at the time. He was a sounding board while I was trying to figure out what the best course of action for me career-wise coming out of film school. It was out of those conversations that we came up with the idea for a film called PEACHFUZZ—which eventually became CREEP. We spent the next two years working on CREEP together and it was during a point in which that movie was winding down that we came up with the idea for THE OVERNIGHT. I went off and wrote the script and it was almost a year after the script was finally complete that we ended up shooting the movie.

This has been your biggest film to date. What did you think of all the attention and of the festival circuit?
It’s been a trip. Life seems to be moving faster than ever. I’m trying to remain calm throughout the process. A lot if it involves just checking in with all the people I care about. Keeping my family abreast of all these new changes. Making sure my wife and I are on the same page. I’ve been able to reach a balance where I am actually enjoying myself while still remaining conscious throughout the process. I’m glad all this stuff is happening at age 32 as opposed to 10 years ago. I’ve learned a great deal about how to take care of myself and manage anxiety over that time. That makes it sound like it’s all been a chore and while it’s all “work” at the end of the day I’m having a good time and am enthused by the response to both of these films.

You inadvertently found yourself up in the mix of the number of “sex comedies” that premiered at Sundance. Did you give any thought to that, or were you confident your film was going to stand out among the pack?
We had no idea that this was going to be such a Zeitgeist of a year for Sex Comedies. To be honest I got really nervous once we found out that there were MULTIPLE comedies dealing with sex that got in. That was a shock for sure. Once we were aware of this there was nothing to do but hope people responded to our movie. It was a great reminder that no matter how unique you think your work might be someone may or may not be working on something similar at any given time. 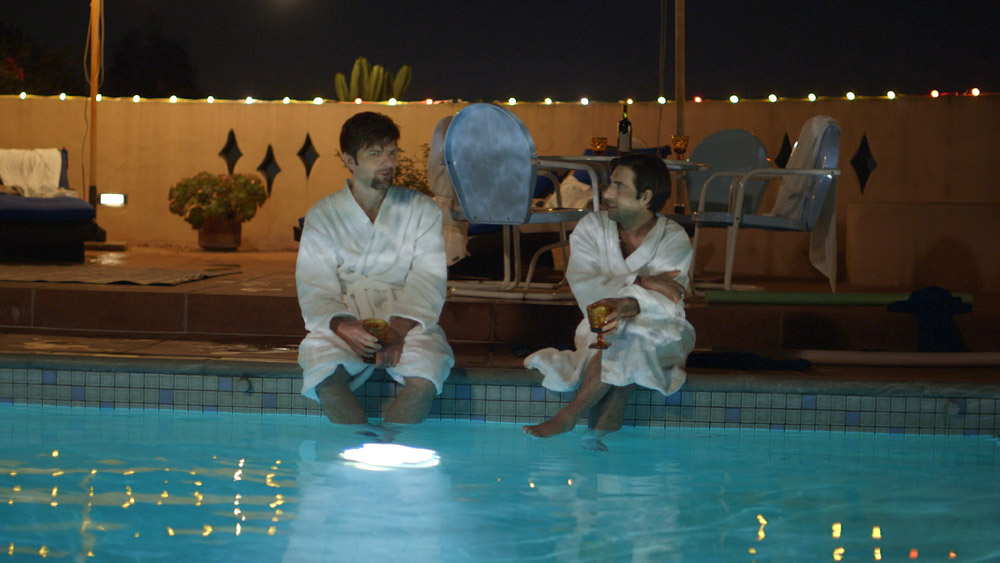 It seems so much more than a “sex comedy” to me. What type of movie did you set out to make and how would you describe this film?
I really don’t know. I never go into a project thinking about genre in that way. I usually just start writing and go where the story and characters take me. In this case it ended up taking me to a lot of places that deal with sexuality and relationships. My hope was that we would touch on some universal things that maybe don’t get brought up a lot when it comes to long-term relationships. The evolution—or stasis—that occurs when you’ve been with the same person for a long time seemed like rich territory. Most traditional “Sex Comedies” take a different route when it comes to actually depicting the sex stuff onscreen. We really wanted the moments in the film where we actually “went there” to feel purposeful.

It’s pretty obvious that this must have been so much fun to shoot, but it always seems like the writing process must have been pretty enjoyable. Can you speak to that? How did you approach bouncing back and forth between such big comedic moments and some of the more intimate, emotionally-driven parts when writing?
I was constantly thinking about that balance during the writing process. I hoped that we were creating a story in which the characters were all being given an equal inner life and their own specific conflicts. Having that trajectory allowed me to take little detours every now and then just trying to think of what the funniest possible moment I could create at any given time. How can I elevate this situation and this night so that it would really feel like a full experience? This was done on a beat-by-beat moment-by-moment process during the writing. Because the film essentially takes place in real time I was allowed to sit there and ask questions like, “What if we opened this door?” or, “What if they left the house for a moment?”

The film portrays a bleak, honest look at life post-marriage and kids. Were you ever concerned that the earnest perspective would distract from the humor?
I knew we were going to be asking a lot of the audience with this. But I thought it was a needle that could be threaded. Comedy is always funnier and more meaningful when there is an underlying truth being told. And there’s nuance to be found in everything, especially relationships. My hope was that the film would show somewhat of a grey area in all the relationships. There’s no clear right or wrong way to handle the situation that everyone is in. Nobody has it figured out. We’re all kind of flailing our way through this life. At the end of the day I really feel like the movie is telling us all to take it easier on ourselves.

Do you think there is something specific about this generation struggling with losing a self of individualism when they settle down and have kids? Or is it just more predominantly shown in television/film than it was 20 years ago?
I feel like the loss of individualism after kids is something that every generation has had to deal with on some level. Ours is one that actually has an emotional language to navigate through it. I see hope in our generation when it comes to this. Whereas our parent’s generation might freak out and leave in divorce or stick it out and disconnect emotionally if they are not happy there is—for better or worse—an entitlement to be happy with our generation that might spark the needed conversation to change for the better. But things usually have to become worse before they get better to spark this kind of change. The characters in THE OVERNIGHT didn’t think they would be confronting all these issues by the end of the night. And it’s not until they are finally forced to that any kind of enlightenment ends up happening. 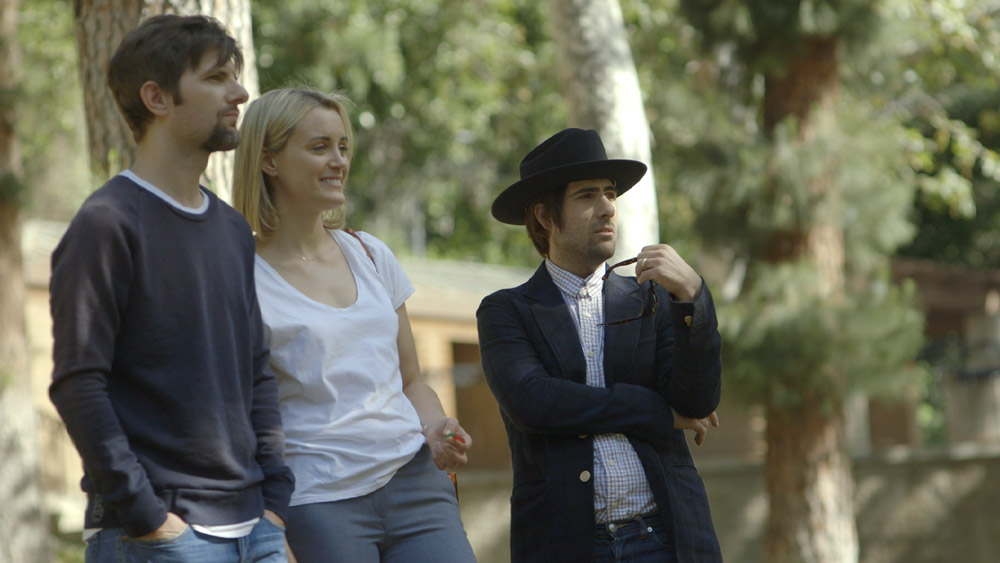 The chemistry between the cast is undeniable. Was there any specific point during production that you realized you were in the midst of something special?
The process of shooting the film was such a whirlwind—10 nights and 2 days—that there was no time to say, “You know what? We’ve got something!” While we were making the movie, my only concern was getting everything right and moving forward. Luckily there was a healthy amount of fear and drive working at the same time for everyone to get it done in time. That said, there were multiple moments while we were filming that I got really excited and thought to myself, I didn’t know it could be this good. All of the performers surprised me and inspired me on a daily basis. We had no rehearsals so it was a constant happy relief watching these scenes play out with such intelligent and instinctive actors.

Some of the more comical moments in the film make it seem easy for the character to get to the place of a caricature. How did you keep a sense of vulnerability and humanity to the characters during some of these hilariously bizarre scenes?
I think a lot of that came from how each character communicates their personality. We would always go for the subtle route performance-wise because so much of the broader stuff is already there in the writing. This was a conversation I was able to have with all of the actors before going into production. All of us agreed that playing this material as straight as possible was the way to go. I don’t think we would have been able to achieve this if ALL of the actors were not on board tonally. It’s all about communication at the end of the day and while I’m not sure how articulate I was in explaining this approach, I think the final product reflects a mutual understanding.

What are the biggest challenges and obstacles that go into making a film like this that most people don’t know about?
Schedule is huge. Keeping within a budget. Taking the time to shot list. Visualizing an aesthetic for the movie and sticking to it. Having the presence of mind to be able to acknowledge what is working and what’s not working in the moment. Not trying to force a moment that feels false emotionally. Trying to come up with a solution when time is of the essence. Having active collaborators is essential for me in making anything. With both CREEP and THE OVERNIGHT, I’ve been completely spoiled in this area.

You can catch THE OVERNIGHT currently playing in select theaters now.