The Hundreds is proud to announce that this Friday, June 5, from 7-9PM, Dom Kennedy will at our Los Angeles flagship store (7909 Rosewood Ave) for an in-store signing of his newest album By Dom Kennedy. We’ll be releasing a limited edition T-shirt, available only this Friday.

The Los Angeles-based rapper has been keeping the world in suspense since his 2013 full-length hit, Get Home Safely. And now, with the release of By Dom Kennedy, stop on by RSWD to be one of the first to hear the long-awaited LP and chop it up with Dom in person. 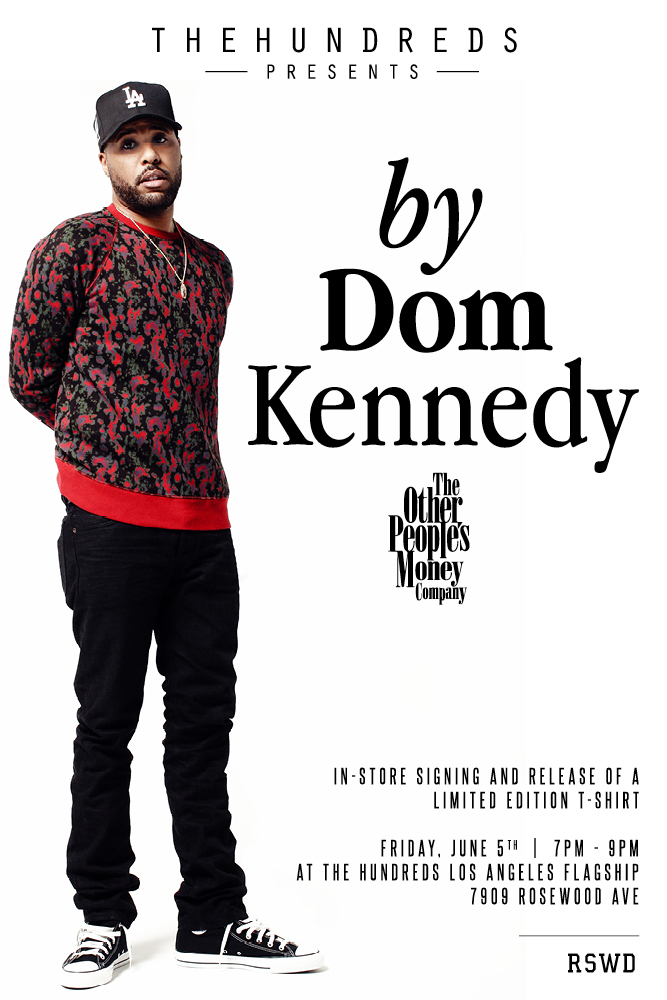