We almost got too much music in 2016, which made finding new artists a fairly difficult task. I became a bit jaded: Music started blending together, which left me completely unenthusiastic about.... everything.

While some newer musicians presented themselves to me—oddCouple, L.A. VanGogh, Joey Purp—I mostly chose to keep up with musicians I was already fond of. These artists have evolved a great deal over the last couple years; whether I am a consumer, fan, peripheral homie, or close friend, I can say that I’m extremely proud of what they’ve accomplished. The tapes on this list are also ones that kept me afloat through the musical weariness—projects that kept my spirits high.

If you’re at all familiar with my work, then you know that independent and emerging rappers are my bread and butter. 2016 further tested the limits of rap, working towards bending and breaking what we’ve known as classic hip-hop; some of the best work came from indie rappers. I thought that it’s only fair that I round up my most beloved 10 indie rap projects of 2016, by some of my favorite rappers and producers.

While Texas rapper Kevin Abstract gave us an inkling of the aesthetic route he would pursue on his 2014 debut MTV1987, his 2016 offering American Boyfriend: A Suburban Love Story is nothing like we imagined. At its core, it is certainly a rap album—but layered on top is a patchwork of pop, R&B, and grunge, which takes Abstract’s artistry to a whole new level.

The blend of genres becomes a solid foundation for his concept; American Boyfriend is a project steeped in self-analysis, a study of the intersection between race, sexuality, and societal norms. Indeed, Abstract is resolutely brave, and puts everything on the line. And in doing so—because American Boyfriend is a rap album in its most purest sense—he also threatens hip-hop’s heteronormativity and homophobia. 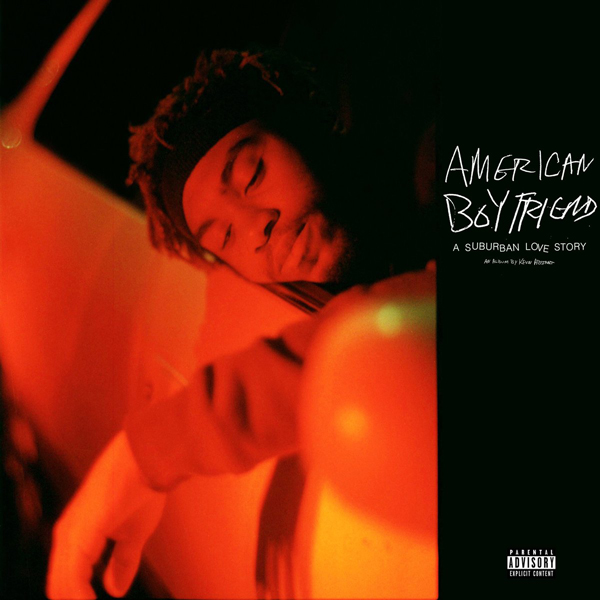 When Saba released ComfortZone in 2014, it resonated more deeply with me than I thought it would. Unlike a lot of musicians who try to make relatable music, Saba’s is intensely personal, a story indebted to Chicago—to the city’s west side specifically—and to his father’s musicality, to Saba pushing himself to become a better poet, rapper, and producer.

He released Bucket List Project this October, and its concept doesn’t stray too far from ComfortZone. Saba is still bound to the same themes and to the same neo-soul sound, but this time around, the concept is definitively more upfront. On songs like “Westside Bound 3,” he pledges allegiance to his Austin neighborhood, placing the good and the bad side-by-side. Though he knows that many don’t make it out of the west side—though the area is often ridiculed and forgotten by the rest of his city—he shows his fellow west siders that they’re always allowed to dream.

Chance the Rapper has not only been emblematic for Chicago, but has laid the groundwork for independent artists in mainstream music and media, and has had a big hand in driving music culture in general. I more often refer to him as a cultural representative than just a musician.

Regardless, his latest project, Coloring Book was a real feat. While Chance obviously outdid himself with the stellar pool of guest musicians, he really used the tape to create a full body of gospel-rap songs, which has continued to break down the confines of rap. Coloring Book intuits a pious sort of energy, but at the same time, songs like “Mixtape” showcase Chance’s narrative—and cuts like “Smoke Break,” “All Night,” and “Juke Jam” are fully for the youth. With Coloring Book, he maintains a careful balance, still staying true to himself but pushing his message and musicality forward.

Because I was becoming so indifferent to music, Chicago rapper L.A. VanGogh was a surprise and jolt I needed. While he’s a largely autonomous musician, with the ability to sing, rap, and produce, it was really the way he shifts from singing to rapping that got me, and really, the way he sings: He’s a crooner. It’s something he’s maintained from his earliest songs like “hold it down,” to his latest EP, Friends First.

Each track on Friends First opens with the guest feature, which obviously speaks to the EP’s title; truly, the tape is a collaboration between L.A. and his rapper and producer friends. While L.A. is absolutely an independent musician, the project shows that he’s letting go a bit, allowing other producers like Chicago’s Chinza//Fly and Flex Lennon to handle a couple beats. While Friends First isn’t a full-length project like the others on this list, it is undoubtedly another sizable stepping stone in L.A.’s growth.

Joey Purp was Chicago’s best kept secret until he released the loosies “Morgan Freeman” and “Run It Up” in late 2015, and subsequently released his sophomore solo iiiDrops. Though yes, his true debut The Purple Tape came four years prior to iiiDrops, his newest release has become our true introduction to him—and complete proof that he can rap.

iiiDrops is much more thematically intricate than either “Morgan Freeman” or “Run It Up.” The project is highly reflective in nature: On songs like “Morning Sex” and “Money & Bitches,” we see Purp a bit more introspective, pitting his successes against the troubles and pressures of his city and the black community. These days, a lot of rappers are fusing their music with other genres, something that Purp doesn’t necessarily bypass. But one thing is certain: His delivery is hip-hop in its most genuine form.

While Chicago producer oddCouple has been around for a few years, he experienced his true glow up this year. Some of his best work was released in 2016, including Purp’s song “Morning Sex,” and a third of Chicago singer Jamila Woods’s debut Heavn, particularly her Chance-supported song “LSD.” oddCouple’s latest release Liberation is an amazing collection of songs featuring Chicago and Milwaukee musicians (and one rapper from Atlanta), which really paints a picture of how midwestern rap is flourishing.

The word “liberation” certainly comes with heavy connotations, and is something that has a different meaning for everyone. That was oddCouple’s intention: What does liberation mean for you? In these times—with social injustices plaguing the U.S., with Donald Trump moving into the White House—it seems like an even more crucial and apt question to ask ourselves.

In summer 2015, Cousin Stizz introduced his style of rough, straightforward raps with his debut Suffolk County. Rife with a forthright aura and a knack for penning hypnotic records, he immediately broke through Boston’s rap scene.

A year later, he delivered again with his follow-up MONDA, a project named after his friend Monda, who passed away from cancer months before its release. While the tape is still alive with braggadocious themes of drugs, women, and money, we do see a more mature and introspective Stizz who is even more meditative on his city, his friends, his family, and his loss.

I first picked up on Bronx rapper Kemba a few years back, when he still went by YC the Cynic. This year, as Kemba, he released his debut Negus, proving that whether he goes by Kemba or YC, his craft is still largely pegged by a lyrical prowess, dizzying rhymes that chew you up and spit you out.

The title of his newest release stems from the song “Negus” from his 2013 project GNK, which he released as YC the Cynic. Negus is an extension of similar themes, an exploration of “blackness” in today’s world. While Negus follows the same profoundly dark and sobering through-line as GNK, on Negus, we perhaps see the proverbial light at the end of the tunnel.

While it’s difficult for independent British emcees to break in the U.S., British rapper Jay Prince has aligned himself with the right American musicians—Alex Wiley, Allan Kingdom, Brasstracks, Soulection—and is slowly making a name for himself in the States. He even opened for Chance on his most recent Europe tour.

Sonically, Prince’s latest release Smile Good is extremely in tune with America’s rap aesthetic, blending singing and rapping together—and oscillating between more gospel-tinged records like “Father, Father” and more trap-based beats, like “Squad.” Still, because Prince has really used the internet and Soundcloud as his platforms, his is a more global sound, reaching beyond America and the U.K. But above his blend of aesthetics is the reminder to always count your blessings.

While I’ve always thought Little Simz is a good rapper, I’ve never really enjoyed her music; in the past, her delivery has always been a bit too jarring and aggressive for me. My opinion completely reversed with Stillness in Wonderland, where she maintains her gritty delivery, balancing it out with more luminous moments, like the song “Picture Perfect,” and with more meaningful cuts like “LMPD” and “Poison Ivy.”

Stillness in Wonderland’s delicate melodies and warmth allows it to be more suited to Americans’ ears; and like Jay Prince, Simz takes this moment to join forces with some of our favorite musicians—Syd, Bibi Bourelly, WondaGurl—which makes the project that much more dynamic. But what is most powerful about Simz’s project is how fearlessly bold she has become in her narrative, using the theme of Alice in Wonderland to speak on her dreams and realities.

Lowkey Bangers :: Here Are the Most Underrated Albums of 2016