We get the best fanmail. Hands down. Here’re some of the more interesting contributions as of late.

Jared wanted a The Hundreds tattoo, but didn’t want to go the traditional Adam Bomb route. “I’ve been a fan for quite some time,” he writes, “and had an idea to represent that TH lifestyle and to show my respects.” I do believe this is the first time anyone has ever inked JAGS on themselves. 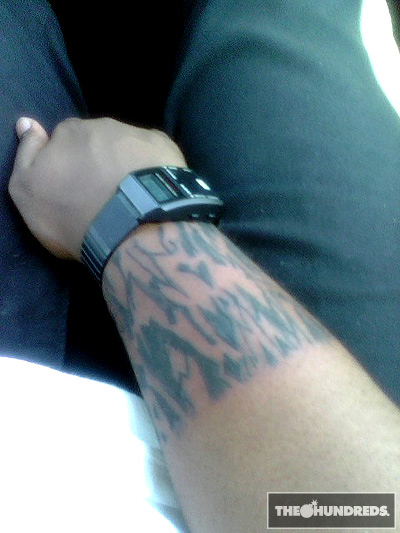 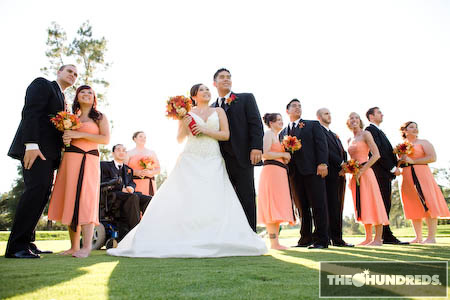 …and Adam was invited. 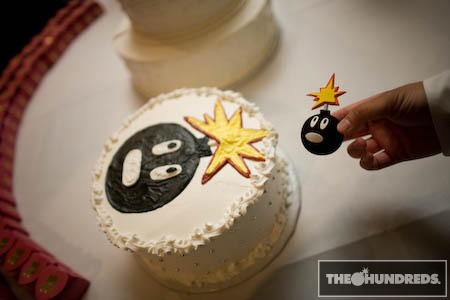 The only thing stranger than this gigantor bodyguard wearing our t-shirt (I didn’t know we made 14XL) is that it looks like he’s about to off Hillary Duff with his gat. 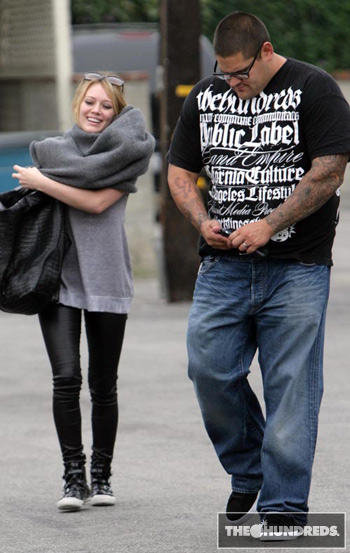 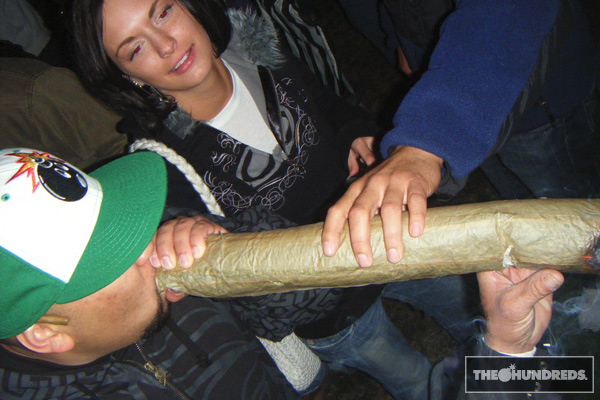 Wezz calls this his “lucky shirt.” The fish feels otherwise. 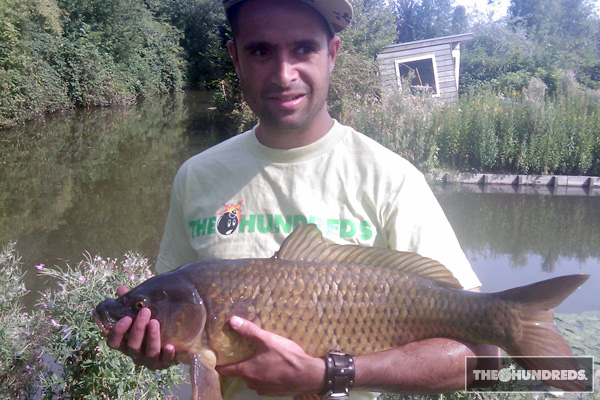 run2winp baked this cake for his girlfriend’s birthday. Score. 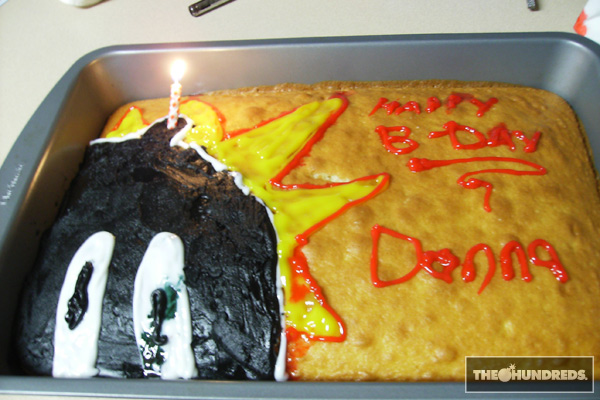 7-year-old Bela from Davis, California gets arts and crafty. 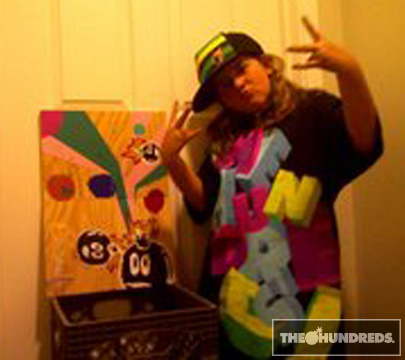 It’ll take you a second to figure this one out. 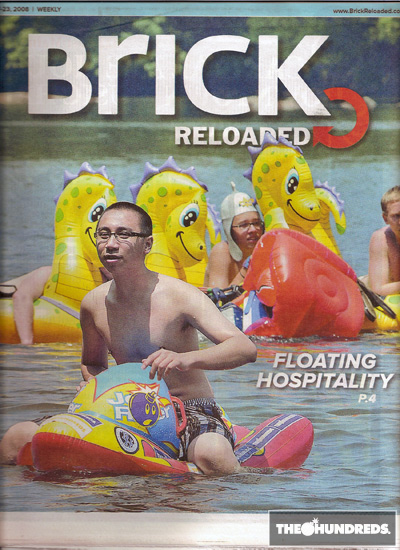 This one’s a little easier to understand. 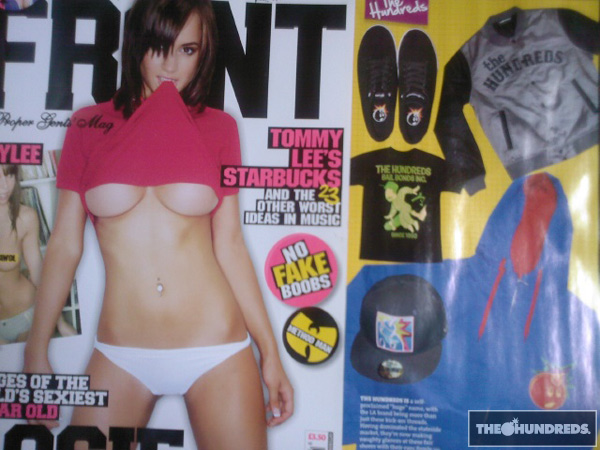 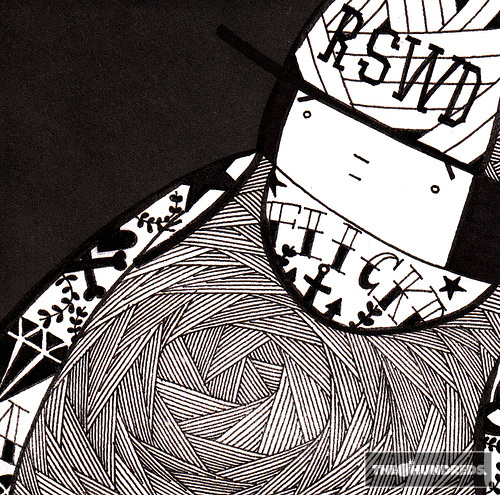 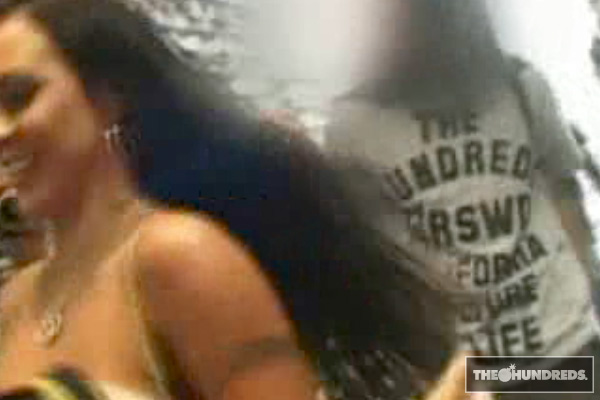