This was taken back when I was living in Japan, around 2001. I was blown away that these Tokyo kids were lining up to buy clothing on a beautiful Saturday afternoon. Most waited hours. Kinda seems not so weird in retrospect. 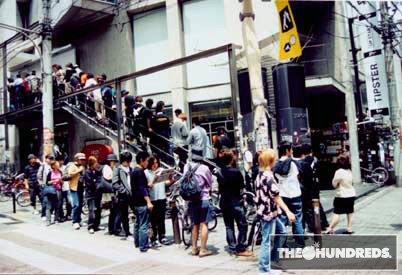 This is a photo I shot of Chad Muska back when I was in high school at the C&C (back then, Color Crazy) skate demo. It must’ve been 100+ degrees that day, with stifling smog and heat. If you look closely enough, you might spot Chad’s boombox.

Oh and the video-fisheye distortion, I screwed it on my lens because I couldn’t afford a real fisheye. C’mon, I grew up on Beastie Boy videos, and considering everything I knew about the skateboarding world was framed within the 15-16mm range,.. perhaps now you’ll understand why I use a fisheye for the everyday blog. 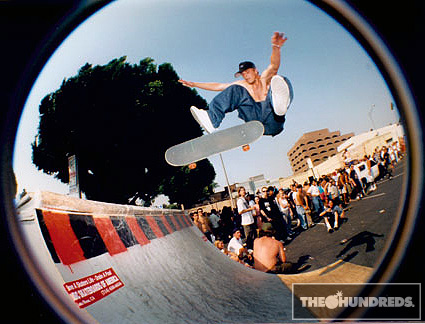 Speaking of cameras, around the turn of the millenium, I got sent this mini digital camera from Japan for free. It was the size of a Tic-Tac box, hung off a keychain, and took, like, 1.0 megapixel shots. I used it to sneak a pic inside the Medicom booth when they introduced the Kaws Bearbrick at the San Diego Comic-Con. 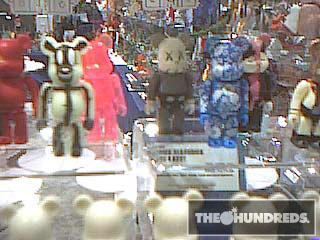 My main setup back then was a Nikon 8008s with a SB-26 flash. Someone from Weezer’s crew photographed me photographing Weezer at a Nagoya, Japan concert around 2002. Goddamn you half-Japanese girls. 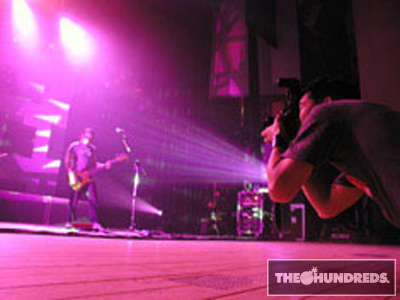 While we’re on the subject of shoots, we shot the cover for this old issue of STANCE magazine with the Jackass guys during their prime (before their movies, and before they got kicked off MTV because of liability). It was one of the most harrowing experiences of my life. If you ever watched CKY or any of those Jackass episodes and wondered if those dudes are really like that all the time, the answer is YES. After having Steve-O taking dumps on the flag and hurling his turds at everyone onset, and Wee throwing firecrackers at the assistants, setting one kid’s shirt on fire, it was all-out mayhem. 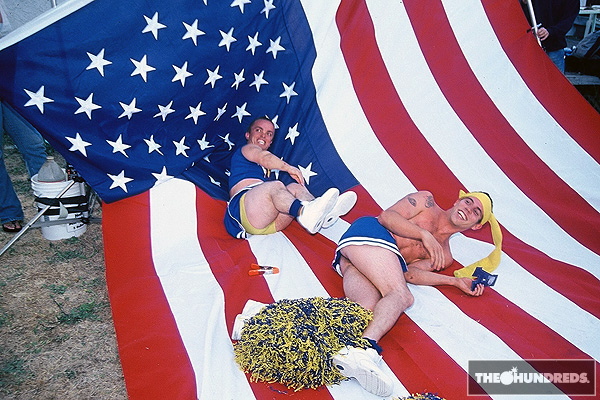 Zach finally managed to pull SOME kind of shot together miraculously. Moments later, everything collapsed and somebody was urinating on someone’s back. I forget who, but I guess it doesn’t really matter. 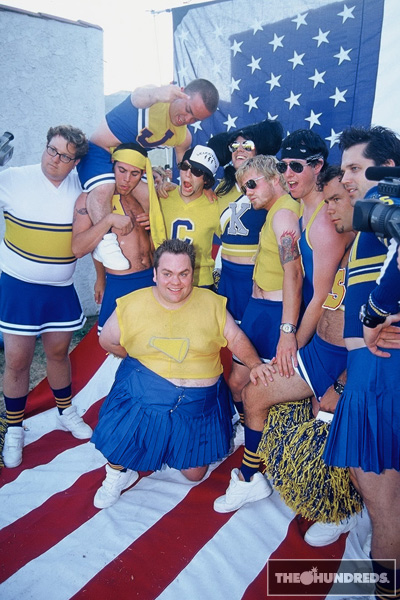 Back to Japan. So back then, all the kids were obsessed with these guitar-playing video games in the arcades. This was what, almost 9 years ago? At the time, I would just sit there and document everything that was going on, completely awestruck. I was convinced that not in a million years would something as ridiculous-looking as THISgain popularity in the States. You know, one of those things that Americans go “Those crazy Japanese!!”

By the way, have you heard of this new craze called Guitar Hero? 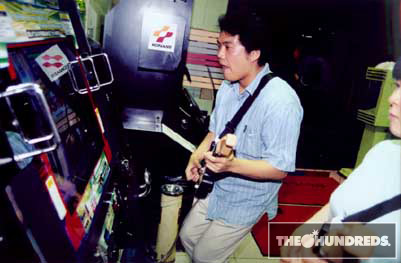 Kids and adults alike were lined up for other machines with similar concepts. There was one to play drums, another where you sang karaoke. And there was this one, with traditional Japanese Taiko drums. Okay, maybe this one won’t get as big here. 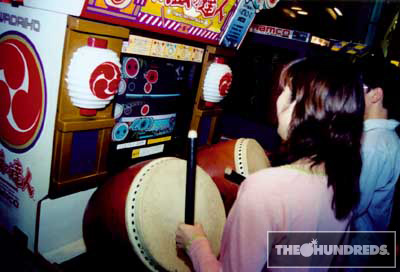 This is random, but whatever. Jeremy Enigk from Sunny Day Real Estate circa mid-’90s/I don’t remember. 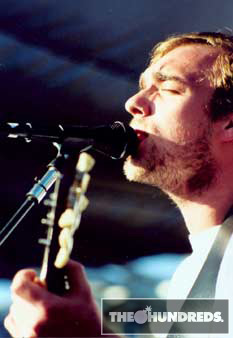