Our new series of in-store collaborations have dropped at The Store on Rosewood. This time around, we worked with Erik Brunetti (Fuct), Jon and Phil (Reason), and Jacob (Shalom).

For the double-label with Fuct, Erik wanted to play off of both of our L.A. lifestyle themes, but incorporate the association with bike crews in the city. When we were brainstorming back in February, he wrote “Did you ever notice how Jack Nicholson (in “Easy Riders”) looks EXACTLY like the Raiders Mascot?…nuts.” Don’t you love how things can fall together and make perfect sense sometimes,.. but not really at all??

[Erik also just posted his own personal explanation of the collab on his blog. Check it out here] 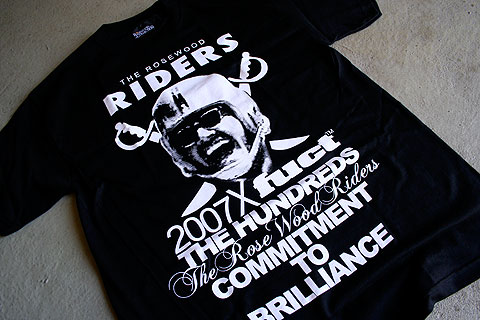 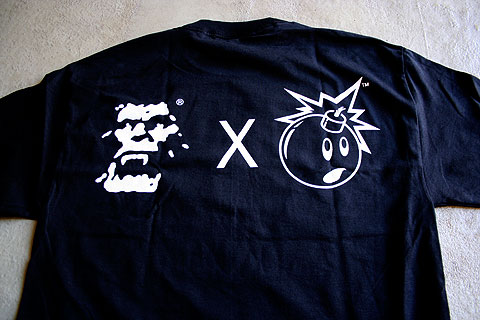 For the collaboration with Reason, our New Yorker friends were inspired by a patch that Phil picked up on 8th street a while ago. He actually wanted to use it for his own line, but proposed it to us as a concept because he felt it better fit TH. Darth Vader would love this one. 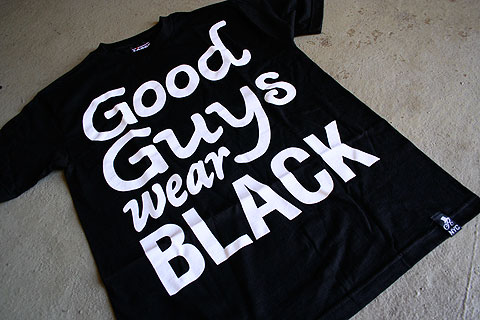 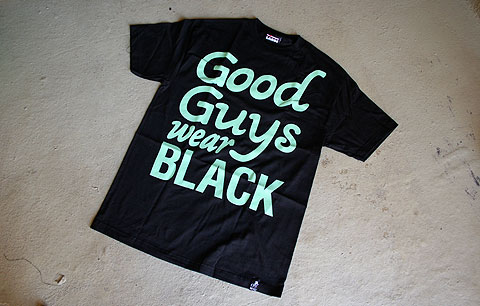 One of Shalom’s most pervasive graphics is the Cultural Peace Project series. For our collab, Jacob asked that I flip the graphic my way. Here’s the original graphic: 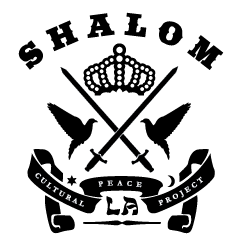 So what I did was pretty straightforward. Since this was intended to be a more regionally-themed tee, I wanted to keep it very Angeleno. So I kept the colors basic to the classic blacks and whites, then replaced the swords with the Raiders swords, and the banner with a bandana. The doves were substituted with crows, which are more reflective of not only our landscape (and our own sick and twisted nature), but when was the last time I saw a dove in this city? Actually, when was the last time I ever saw a dove, besides at a magic show? (And I’m pretty sure those are fake. Right?). 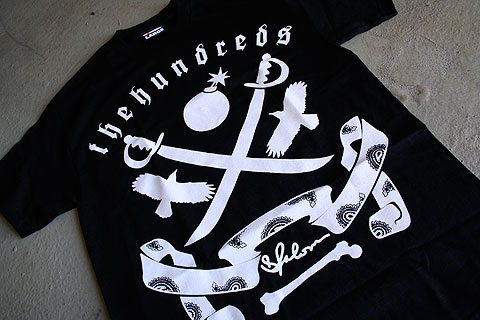 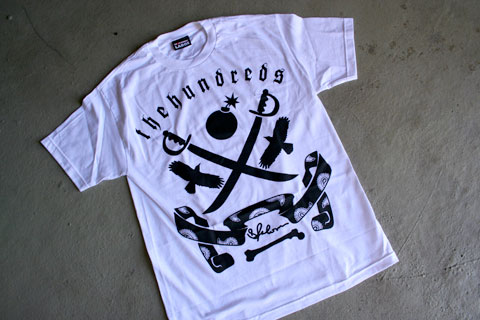 Over the past half-year, I’ve been noticing these ridiculous advertisements posted around the city. I’m sure they’re up in other areas of Southern California as well. They used to say “Speak AMERICAN,” and now they just say “ACCENT ELIMINATION.” 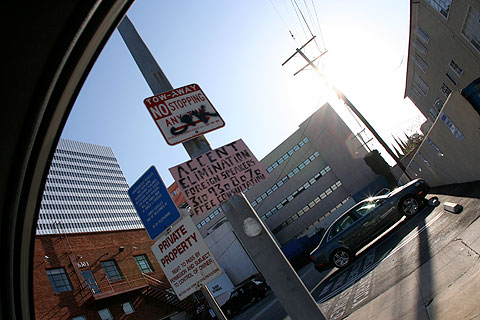 First of all, what does it mean to speak AMERICAN? I don’t remember them offering that language course in school. And why in the world would you want to eliminate your accent? That’s your identity, your ancestry, your blood. Being American is about embracing your heritage, not diluting your culture. SALAD BOWL > MELTING POT. 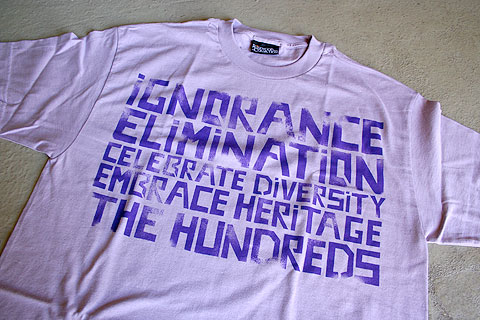 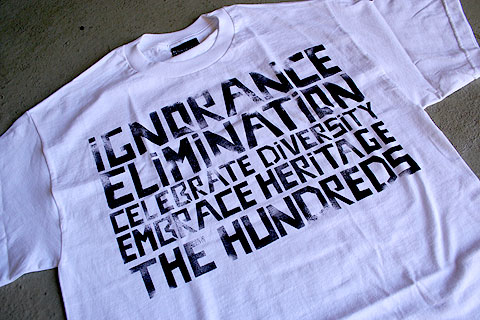