A few weeks ago, we had the first ever Street Meet in Chicago. I’ve been meaning to post this much sooner, but have been on the move and I never like to rush the posts I submit. Time is valuable and I figure if people are going to take the time to sit down a look at what I submit, then I want to make sure it’s thought out and worth the time. With that said, I’m a little glad I took some time to process this and take a step back. I was told that given the time period of the event and the post, that it might not be relevant, but I disagree. Even though this meet up happened a few weeks ago, it still resonates with me because it shows the potential of what we can all do when we get together. It shows how a common love of something can bring complete strangers together and further nudge them to explore various ways to express themselves. This time it happens to be photography. We definitely live in troublesome times where it’s easy to think of various ways of how one person may be against another or one group doesn’t deal with another. There is much division based on things that don’t need to and shouldn’t divide us. Going back over the flicks for this post reminded me of how we don’t celebrate our commonalities and things that bring us together. Leading up to and even right before the meet, I had friends and people I didn’t know worry about the fact that they didn’t have a proper camera, that they weren’t a photographer. Basically giving me reasons why they couldn’t do it, even though I could tell they really wanted to. We live in a time when information is freely available to us and the tools we need are at an arm’s reach. It may not be the exact tools you want, but you can always work up to that. The most important thing is to do. I used to think that people were either born creative or not, but recently I’ve read a few studies where I now know I was wrong. All of us are born with that creative spark, that spark of wanting to express yourself through various methods. The only difference as we get older is those that continued to listen to that inner voice and those that allowed that voice to get drowned out by outside influence.

Turnout was a lot bigger than I thought, we had over 80 people gathered in front of Saint Alfred. 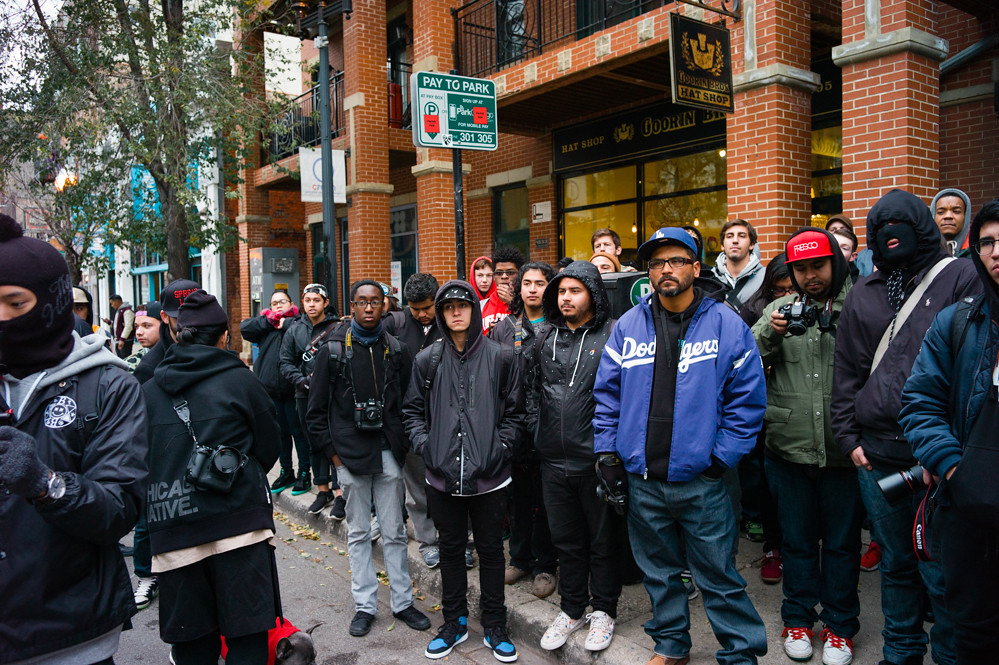 Van and myself giving a talk to the crowd before we make moves. 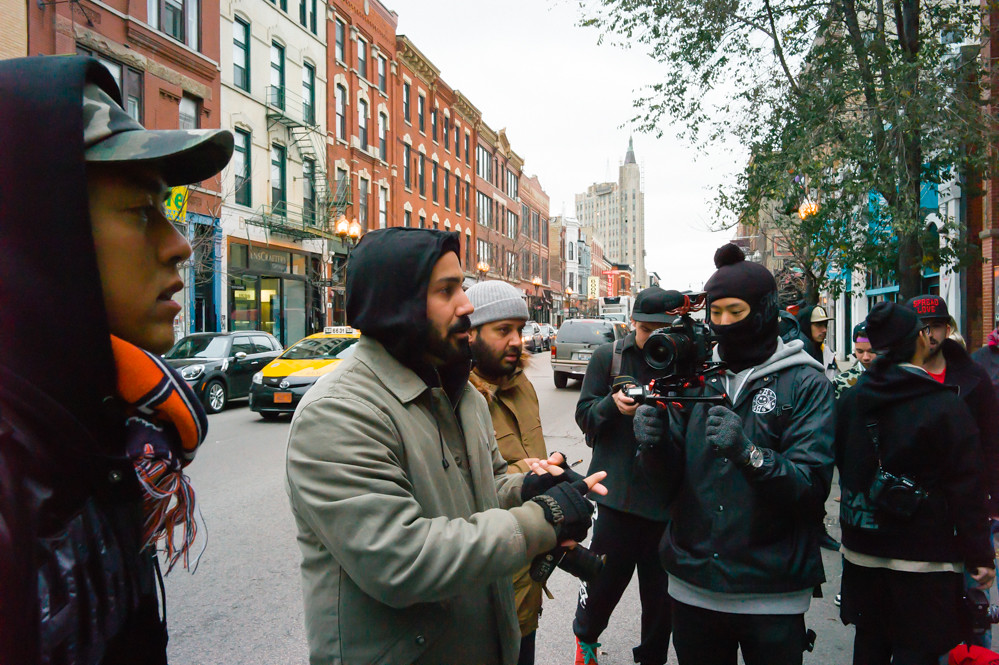 A parade of over 80 photographers mobbing the streets. 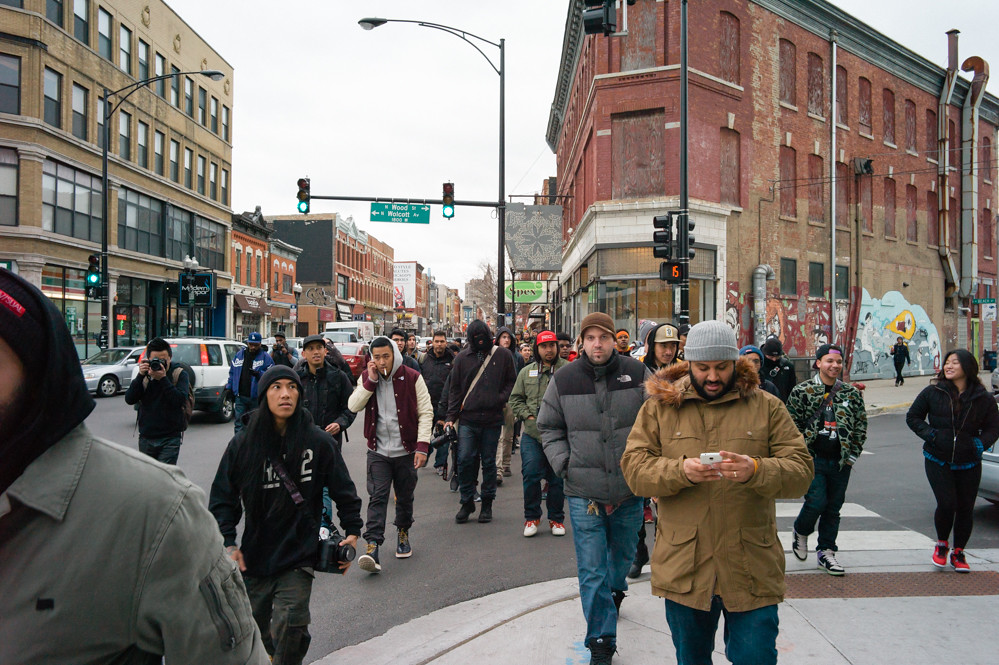 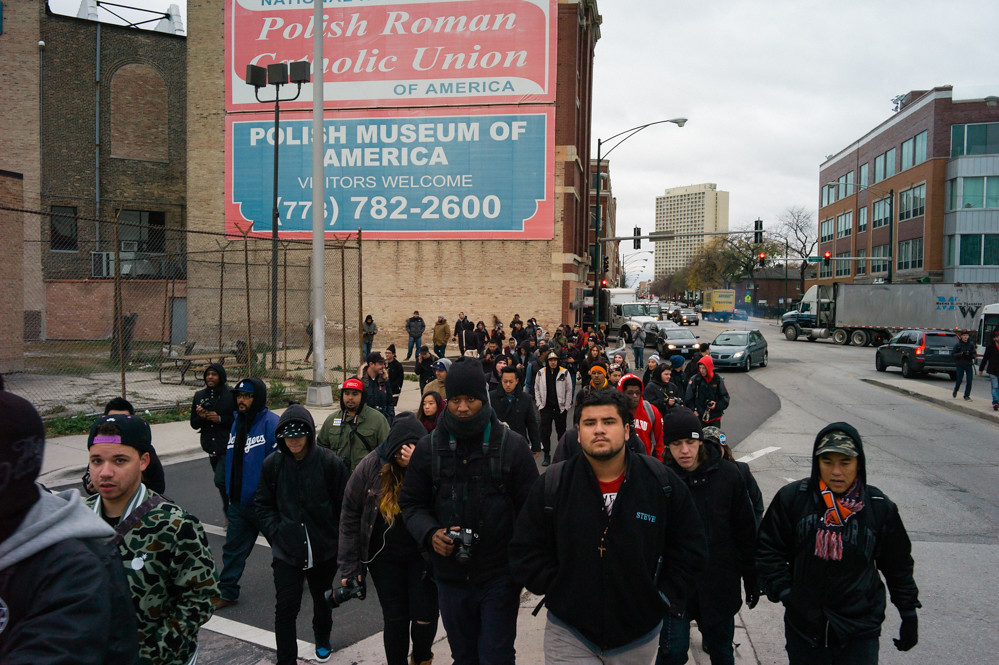 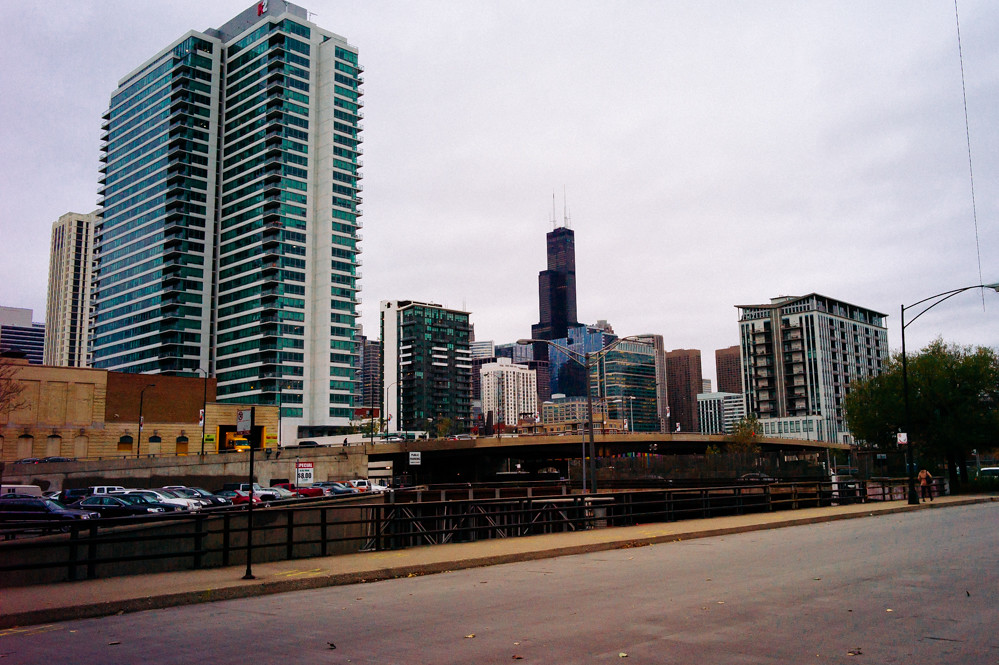 It was cold and we had a decent walk but I’m glad every one stayed with us until we got to the first destination. 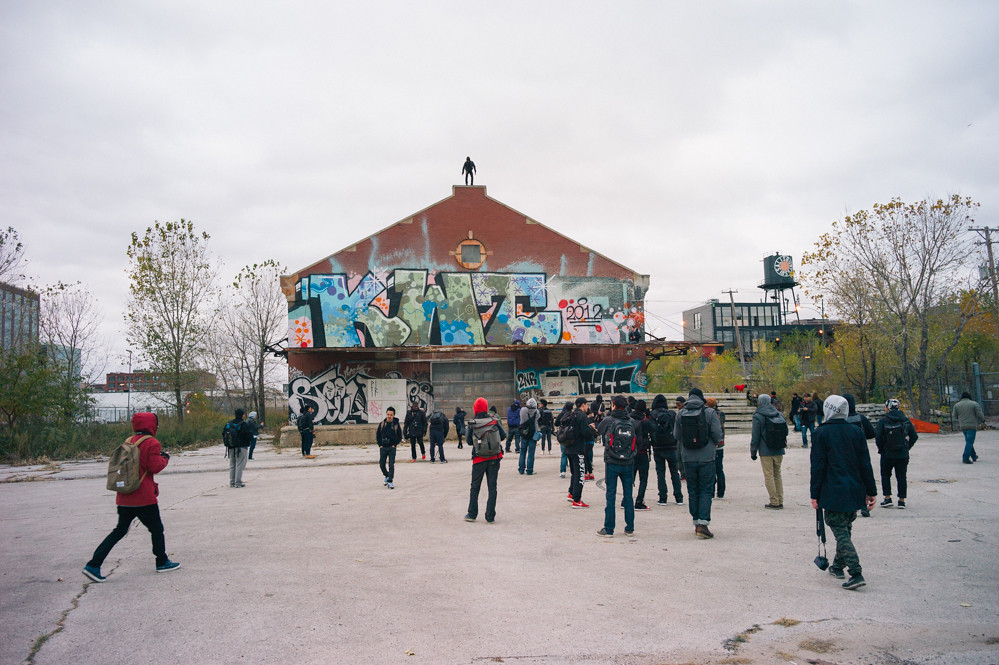 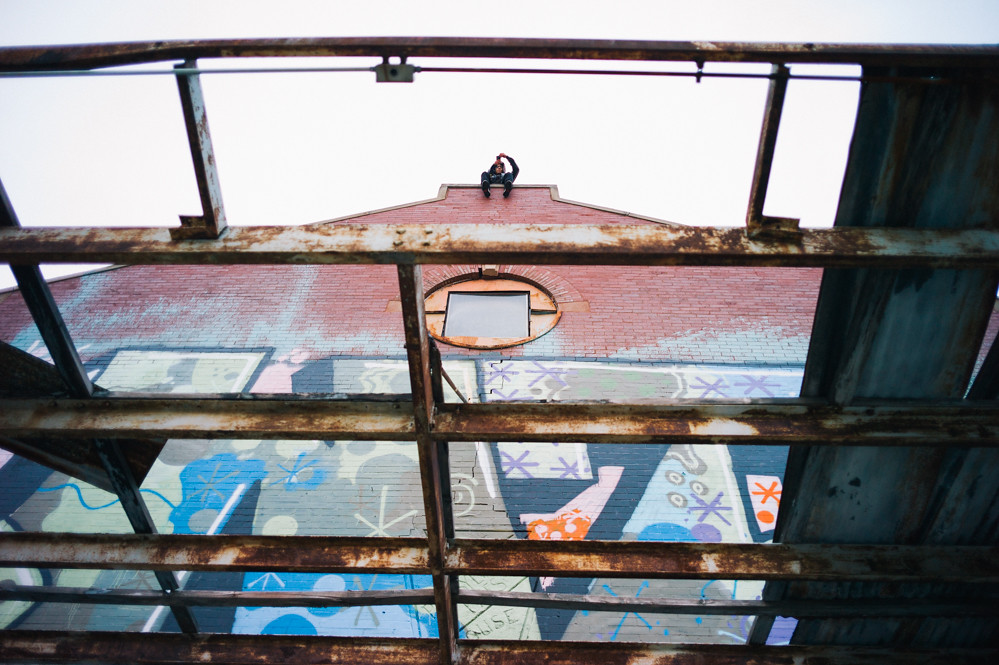 So this is what it feels like.  I’m not used to being on this end of the lens but I was honored that some of the people that showed up were familiar with my work and wanted to take my photo. 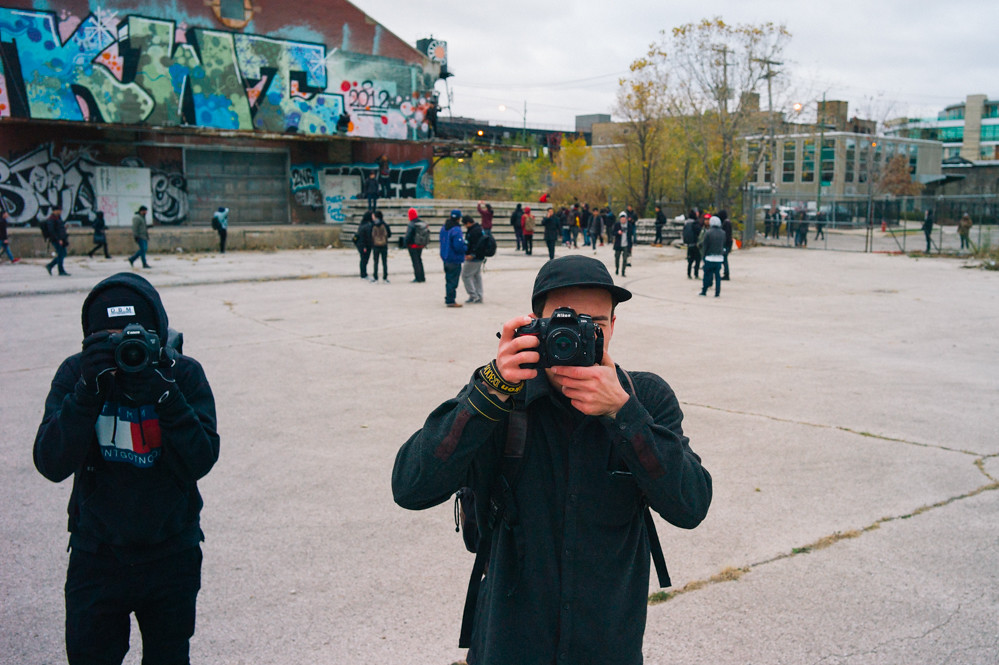 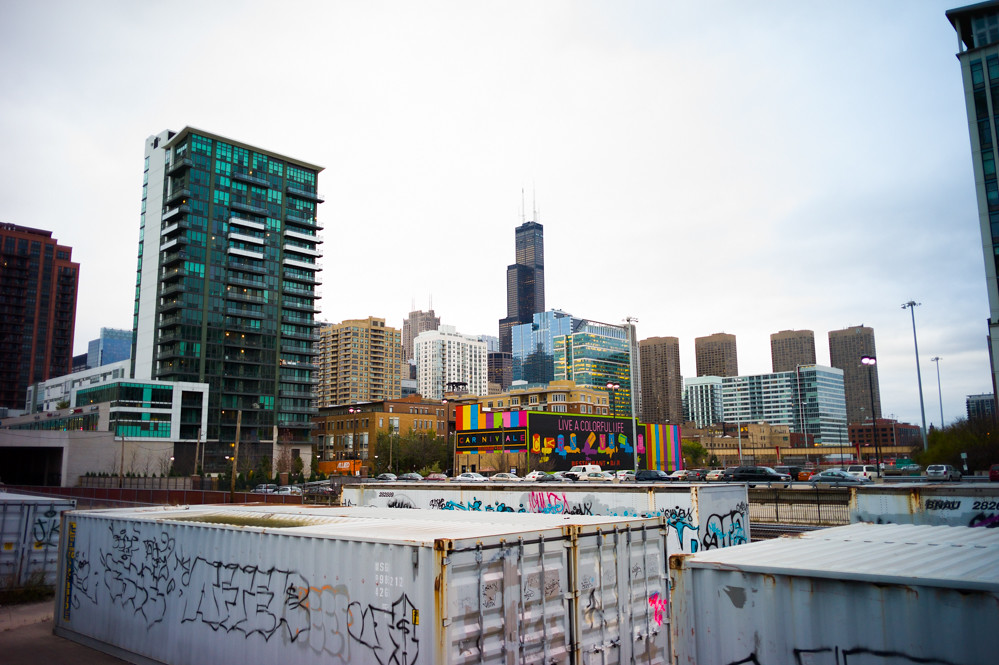 Lil’ homie was the star of the day and is a lot more used to being in front of the camera. 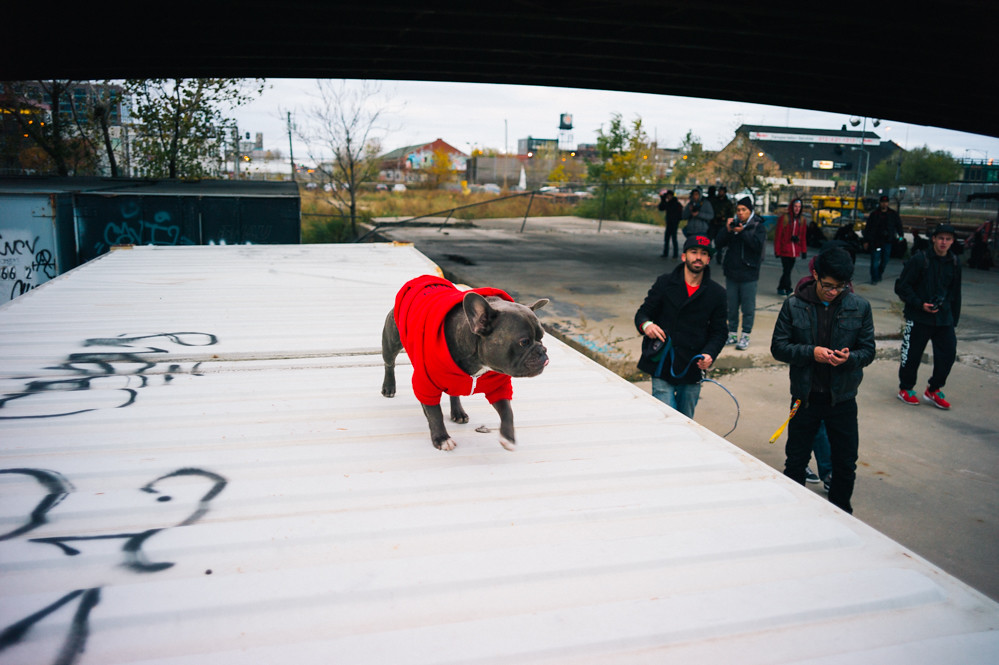 Ben enjoying the day, but not feeling the cold. He should be happy it wasn’t in the negative. 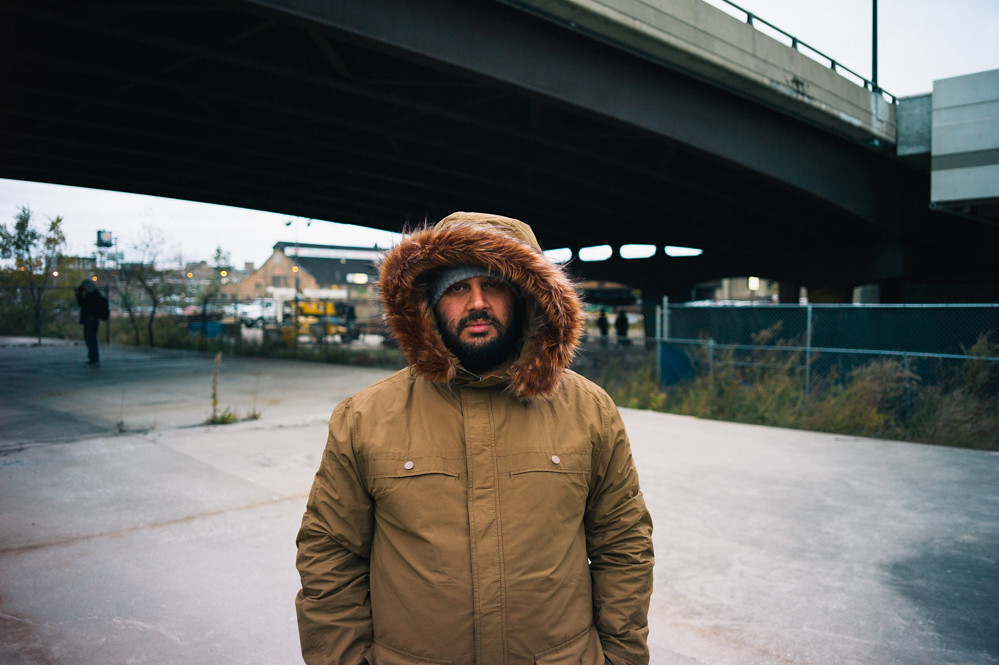 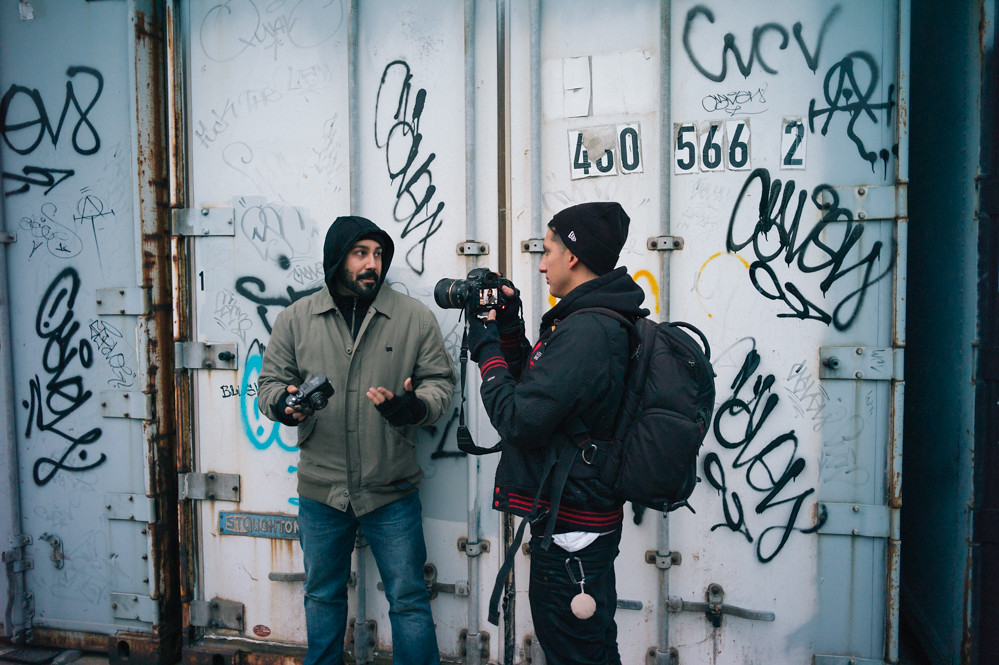 Sam harassing Krabby while he tries to think of his next shot. 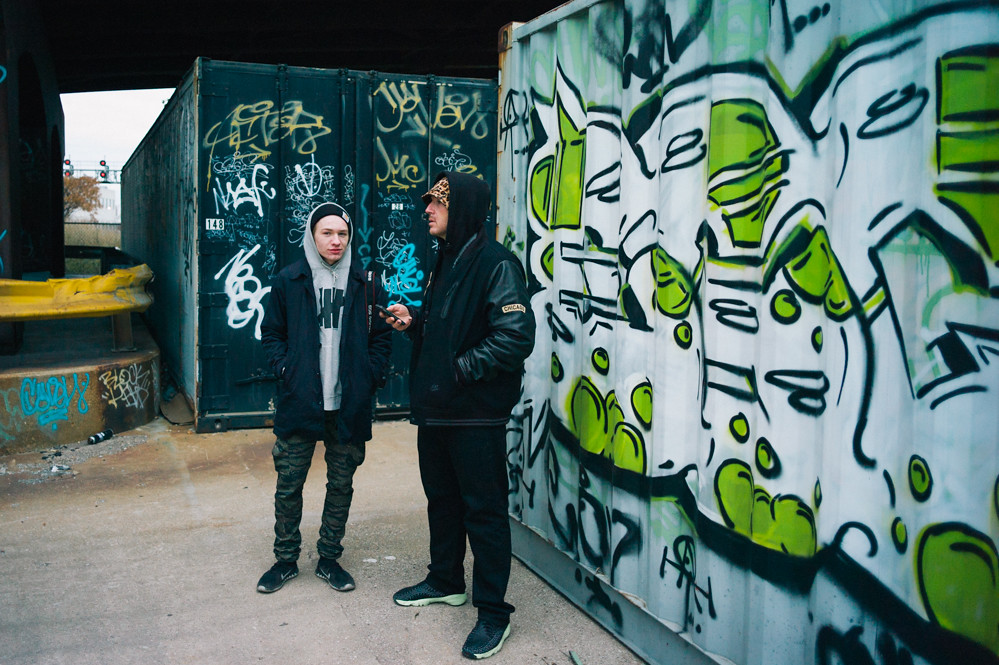 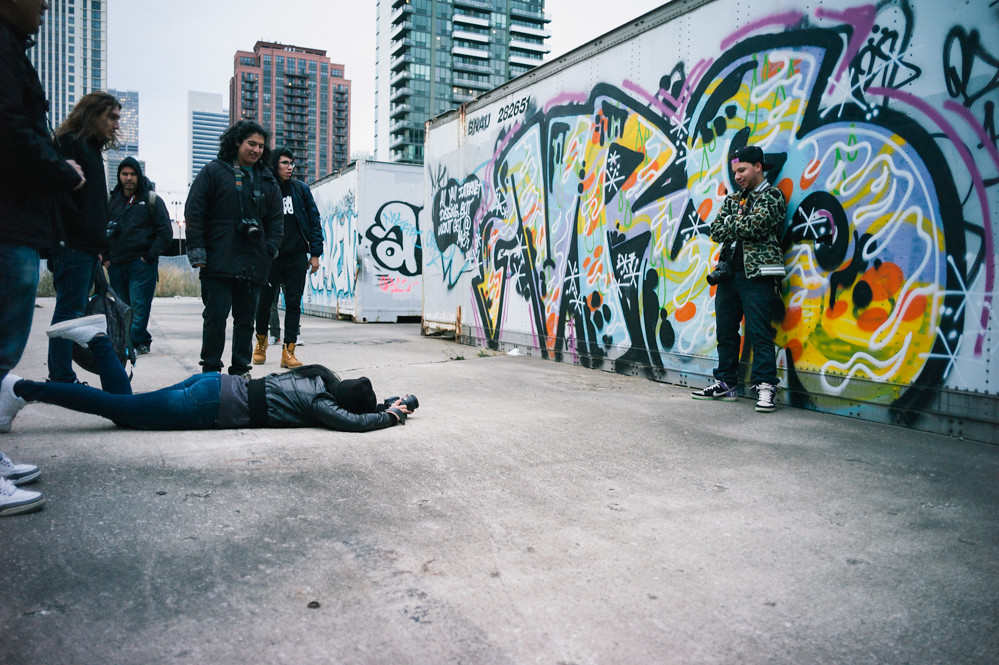 The man himself, Van Styles. 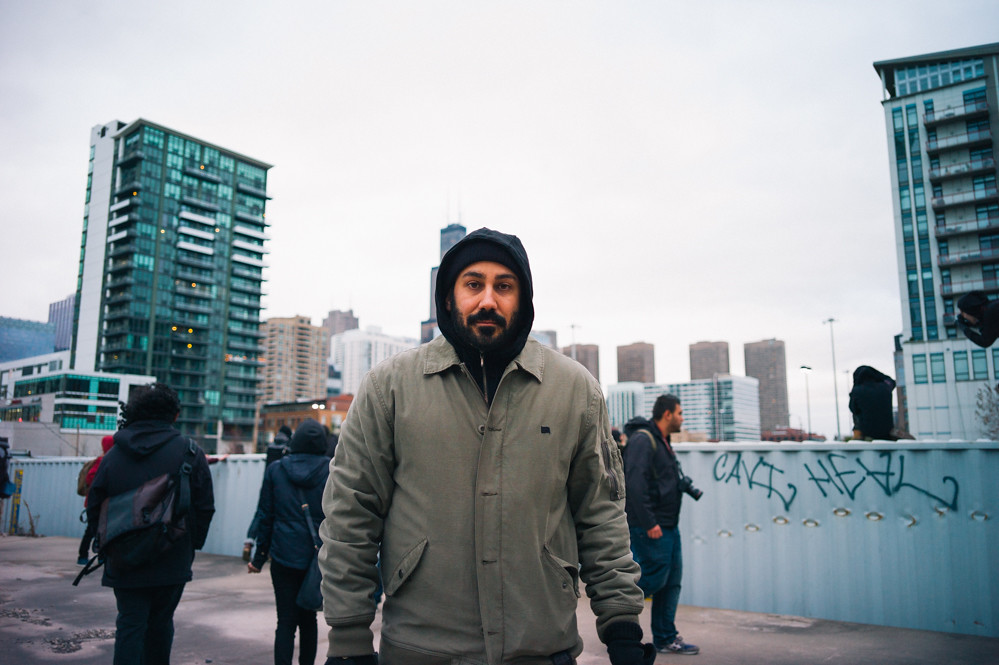 I wish it was a little warmer, but overall it was a great day and I hope every one that came out had fun and continues to shoot and shoot often. I can’t thank Bobby and Ben enough, for not only asking me to co-host with Van, but also to join us in Chicago. Thank you to everyone that came out and even those that took the time to post or spread the word about it. Chicago is an ill city with a lot of ill creatives and this is just a small glimpse into its potential.

LIVE SHOTS FROM THE HUNDREDS' #STREETMEETCHICAGO