Since I have been coming out to Miami, my friend Mayleen has been telling about Stiltsville. Located off the coast of the 305 are what remains of a small group of structures built on the shallow sea floor. Some of the first structures were recorded as built as far back as the 1930s. Home to various clubs as well as dwellings for some of Miami’s elite, they currently house some interesting history. It’s also been reported that police routinely cruised the area looking for any type of vice activity going down – which one would imagine for drinking and gambling, these were some prime locations. At one point, apparently there were dozens of these unique build outs in the area.

Unfortunately, when Hurricane Andrew came around, it wiped out most of them out in 1992. They now are considered part of Biscayne National Park and are monitored over. Although they are boarded up, I still felt it would be interesting to check them out. There are two options to get a view point of Stiltsville. The obvious is by sea – some people will kayak out there or go by motor boat. The other would be helicopter, and you guessed it, that was my choice of transportation. So the good people at South Beach Helicopters helped me out by giving me a lift out there to fly around and shoot some flicks. I found Stiltsville to be beautiful in its own way and it definitely made me wish I could have seen it in its prime. I am happy to have at least captured what remains of this piece of Miami history. 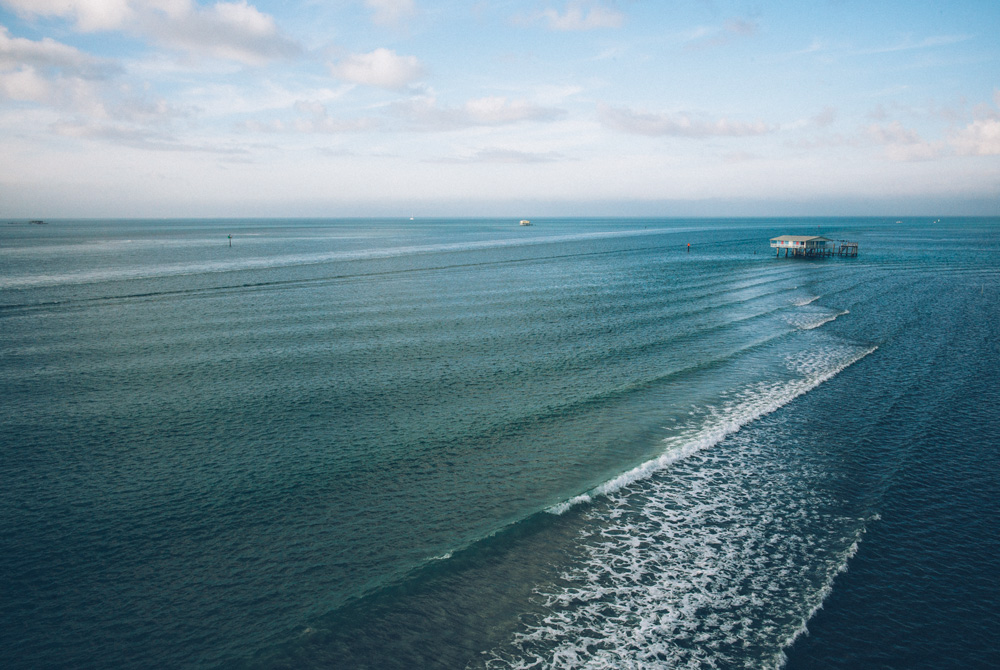 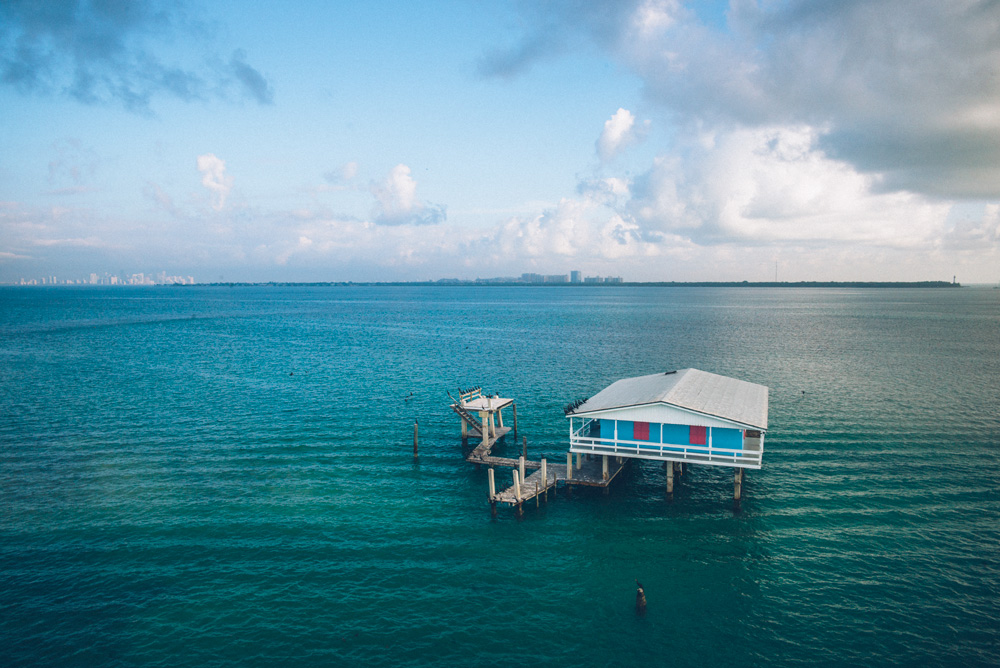 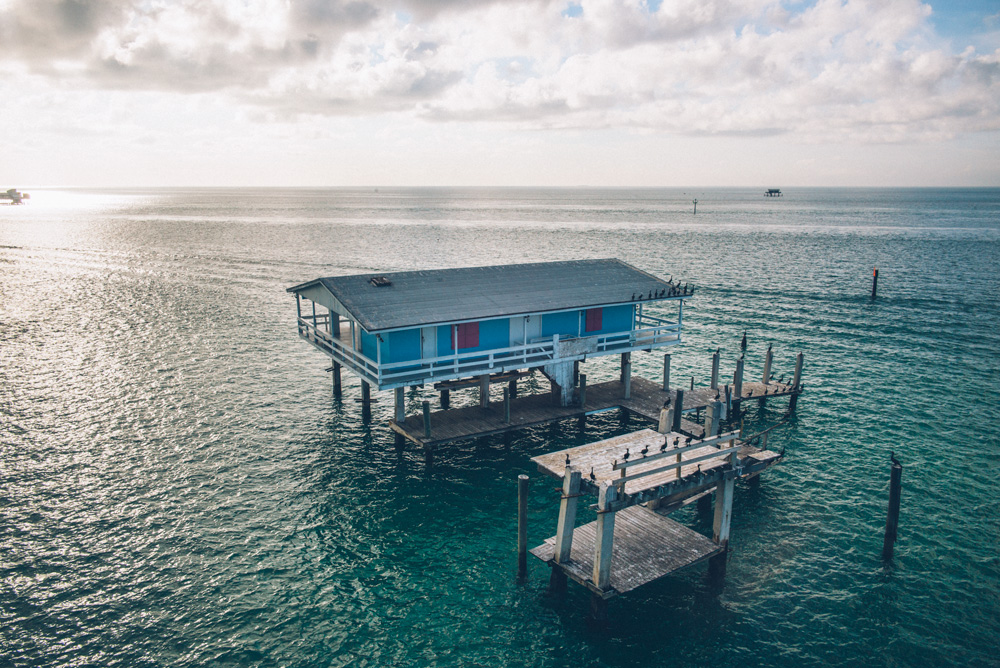 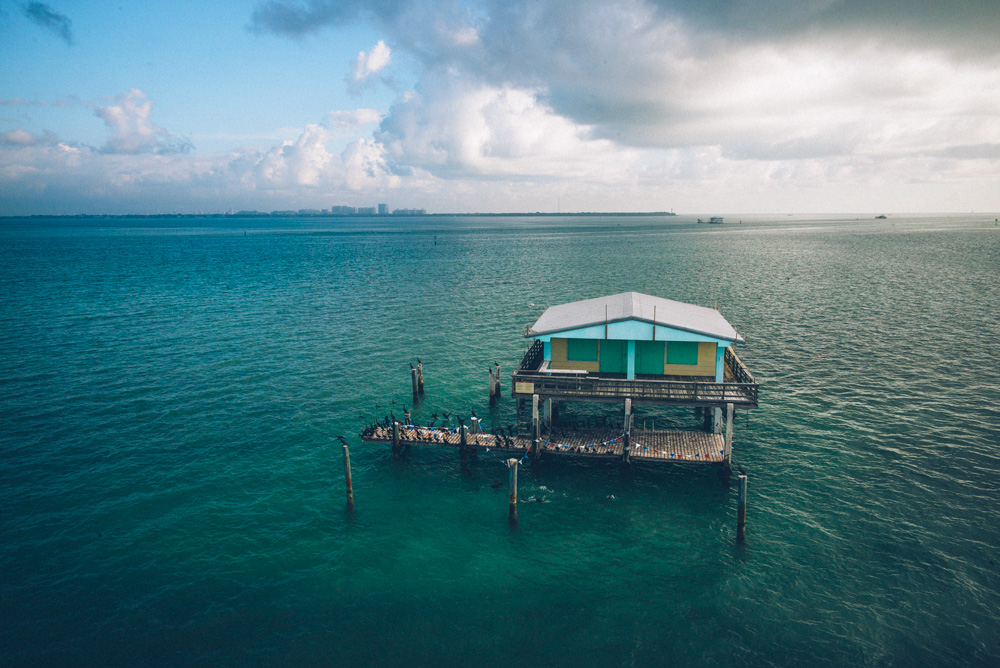 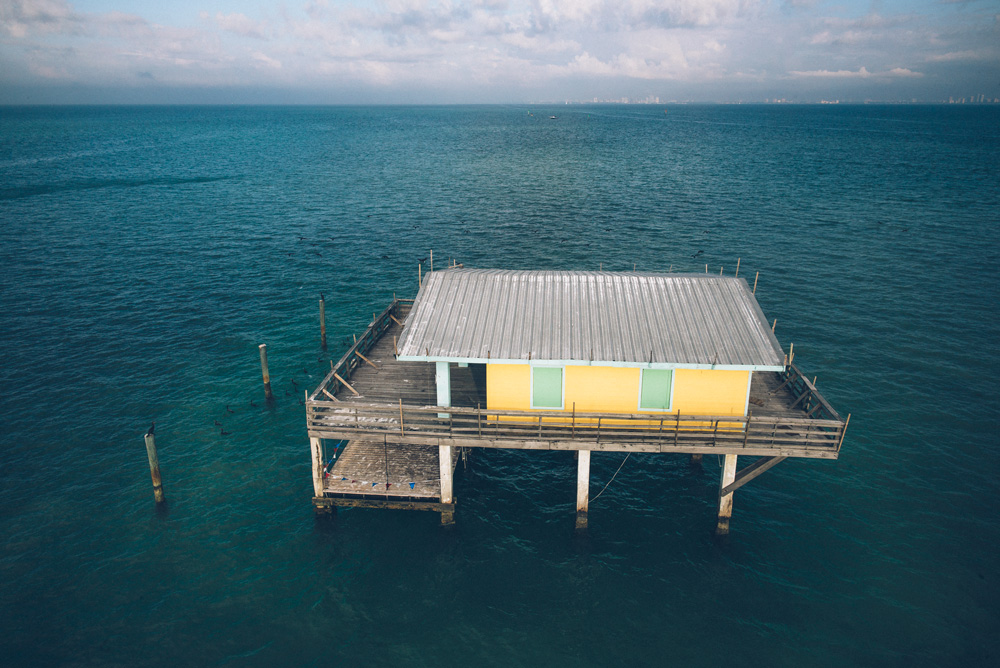 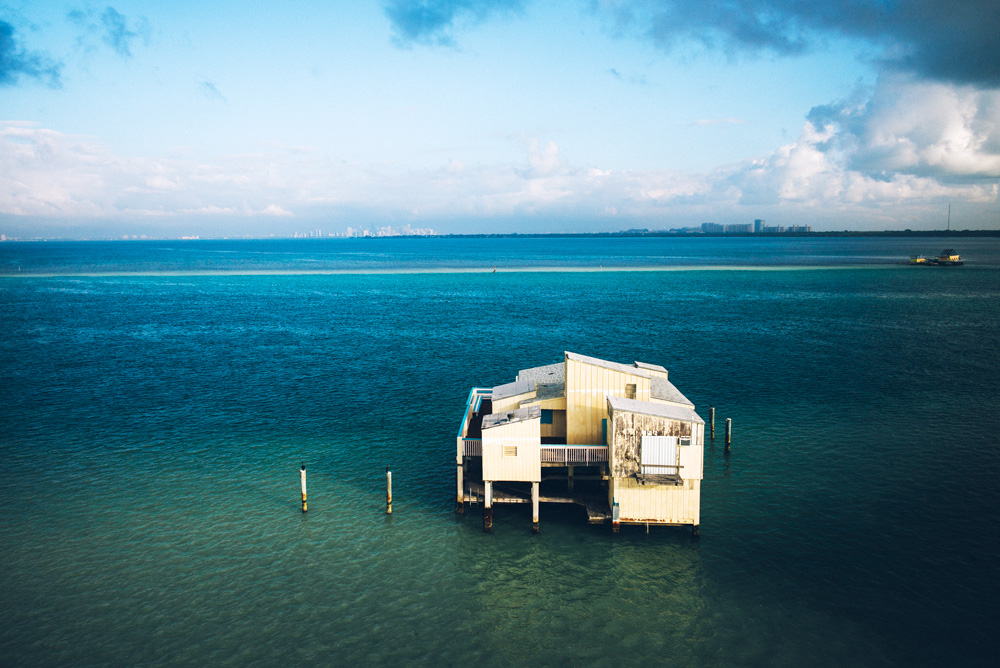 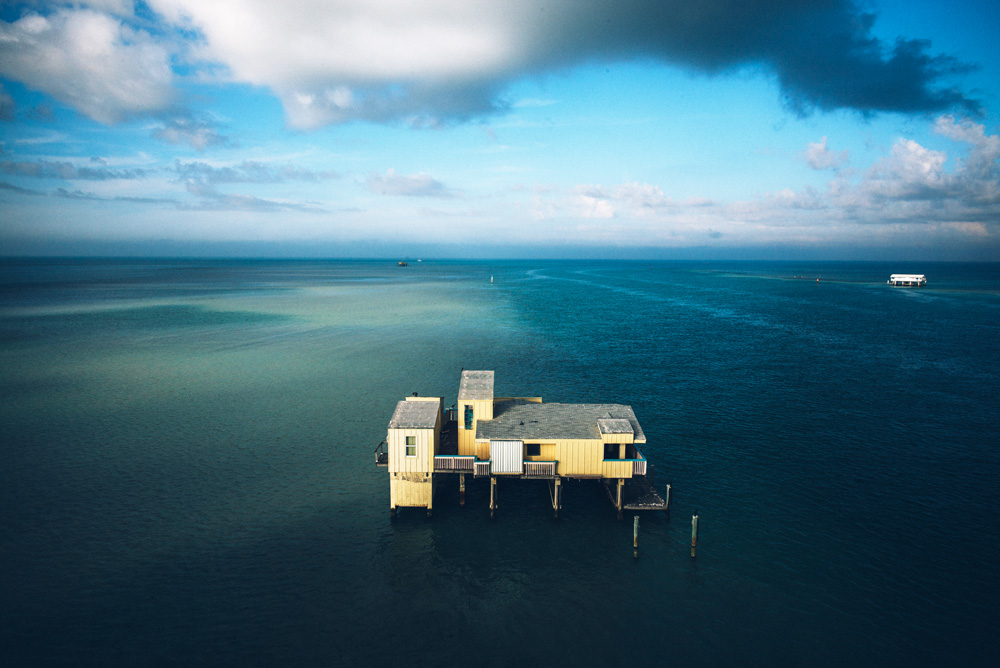 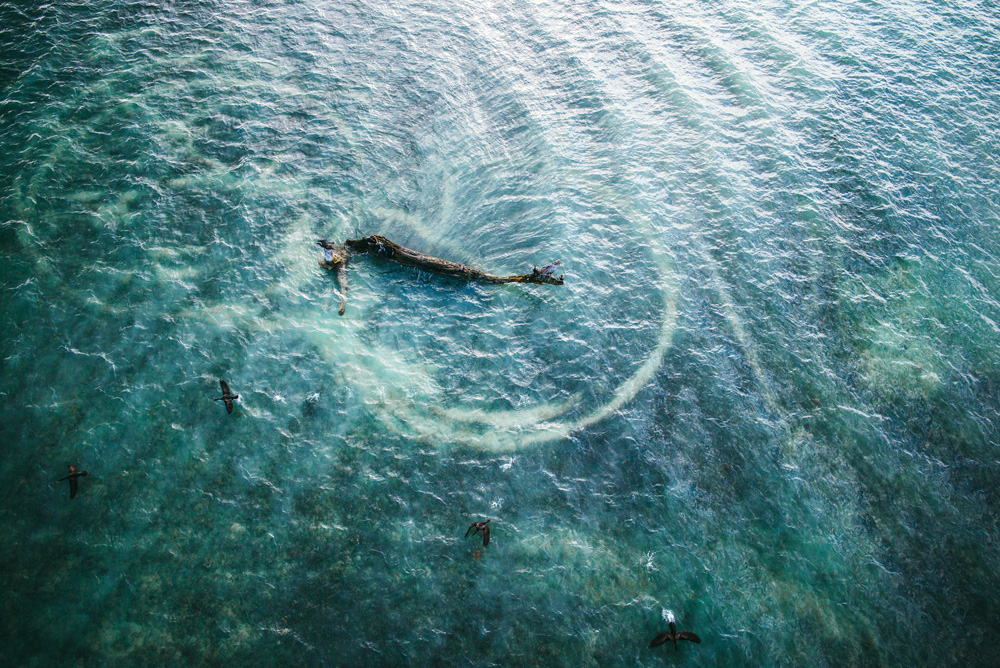 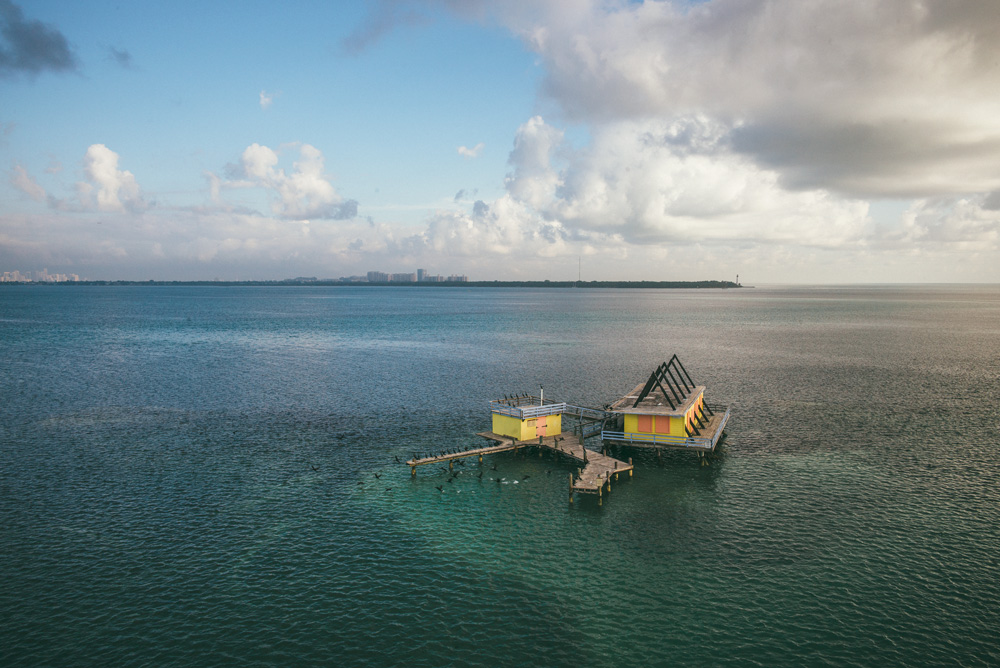 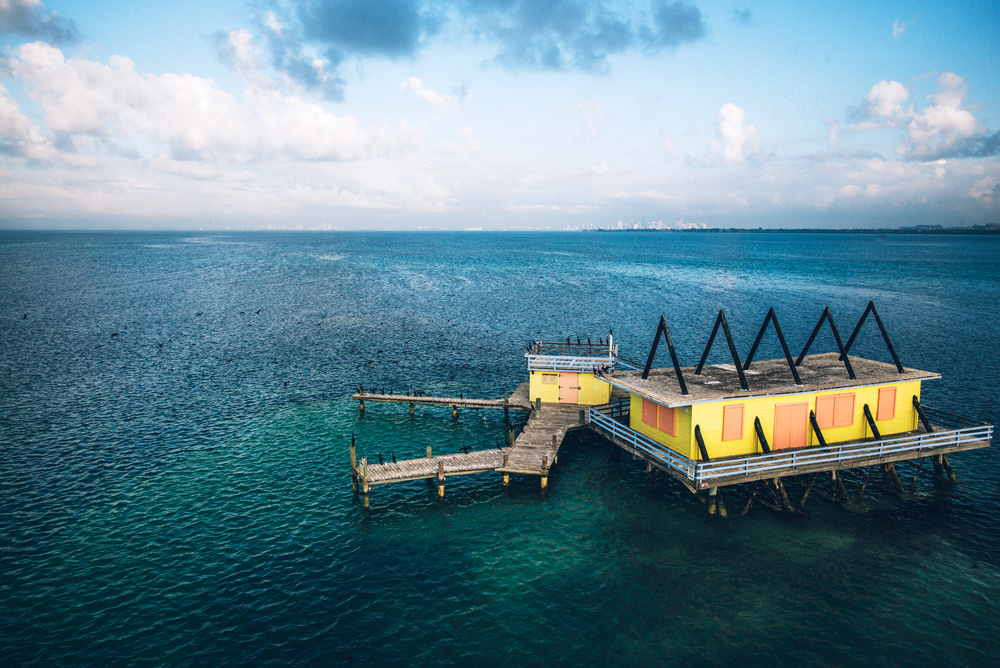 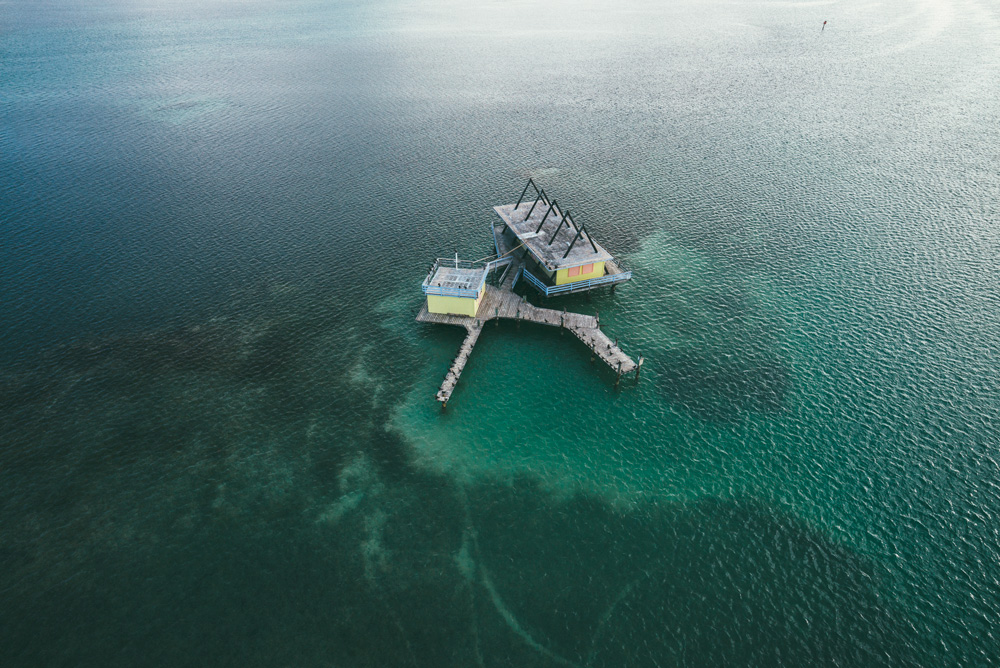