Every now and then I get these claustrophobic creative blocks where I just gotta get out from behind the desk/computer.. they usually come about when I haven’t traveled in a bit. Plus, Brien put me onto Stefan Sagmeister’s lecture over on Ted.com, and that really inspired me to think differently about.. being inspired. The creative team here at The Hundreds is beginning to map out the end of 2010 and 2011 seasons, and so I took them out to Bunker Hill Park above Angels Flight here in downtown Los Angeles for the early afternoon. 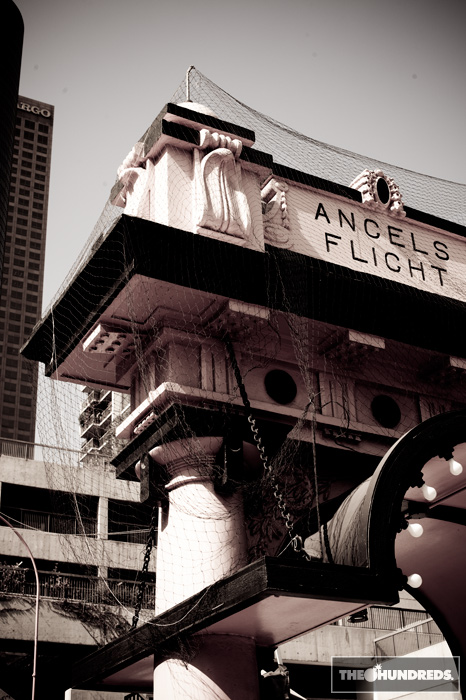 So Angels Flight is a story in itself. Over a century old, the historic railway was closed in 2001 when it malfunctioned and killed a passenger. It’s supposed to re-open any day now, but still, no word. 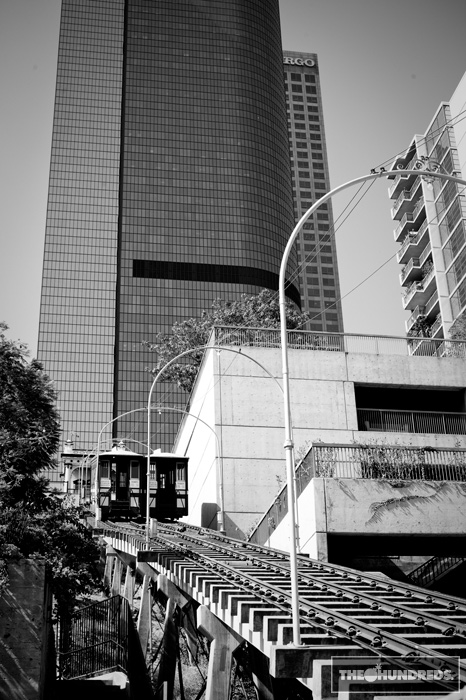 For now, you can take the stairs up, if your girly-man thighs can handle it. At the top is Bunker Hill Park. 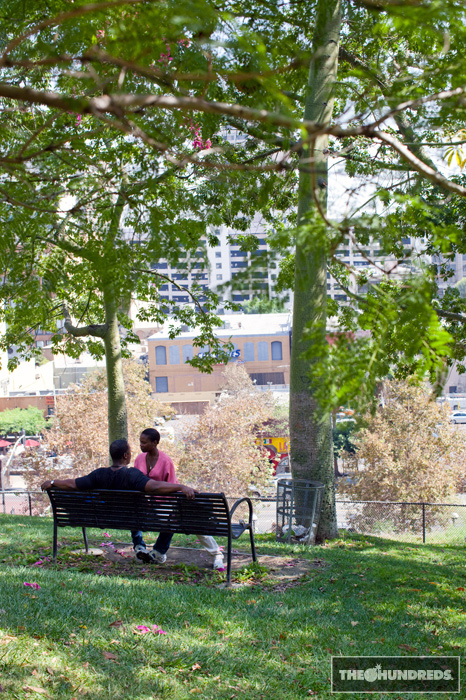 You might recognize Bunker Hill Park if you saw a recent film called 500 Days of Summer. The benches and view here play a pivotal role in the main characters’ relationship. But in real life, it’s a really quiet park in eye of the hurricane, aka downtown LA. Ghetto birds circling overhead, sirens, bus exhaust, swarms of pigeons… I guess this is our poor attempt at a Central Park. 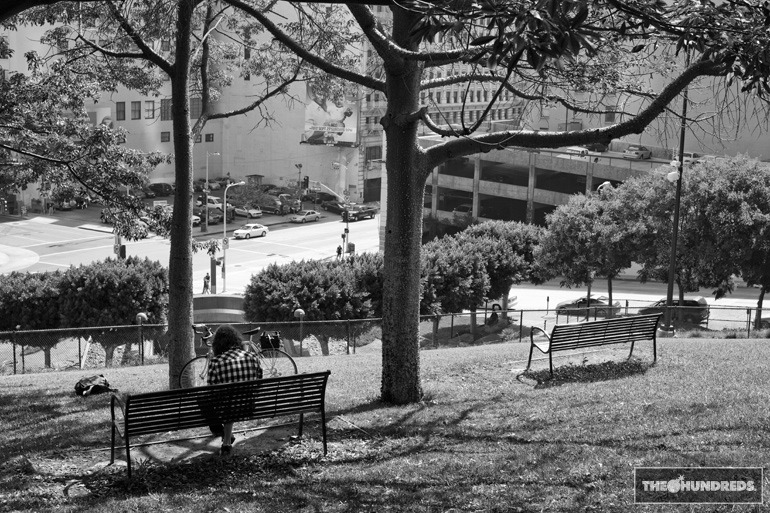 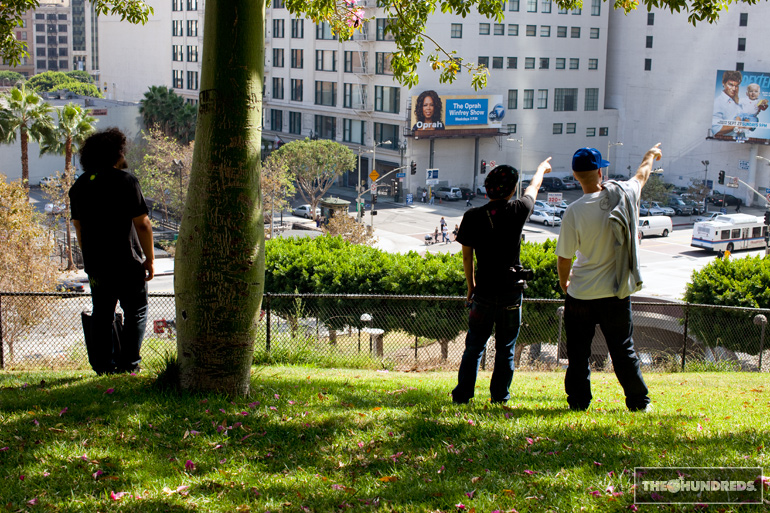 No, really. Look at this bird. What is it? A hawk? An eagle? Falcon? We never see birds like this in the city it coulda been a Pterodactyl for all we knew. It was lunchtime, what you’re looking at here is Big Bird sucking out a rat’s entrails. He saved the tail for last, just slurped it up like an al dente noodle.

Still,.. so majestic. The context of nature in the smog and brick is still pretty powerful. 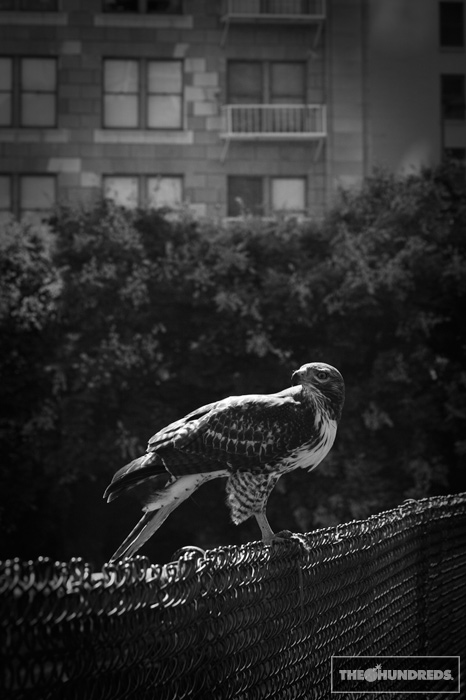 Anyways, we got a helluva lot conceptualized and schemed up.. just a daily reminder that real life exists outside the four corners of your monitor. 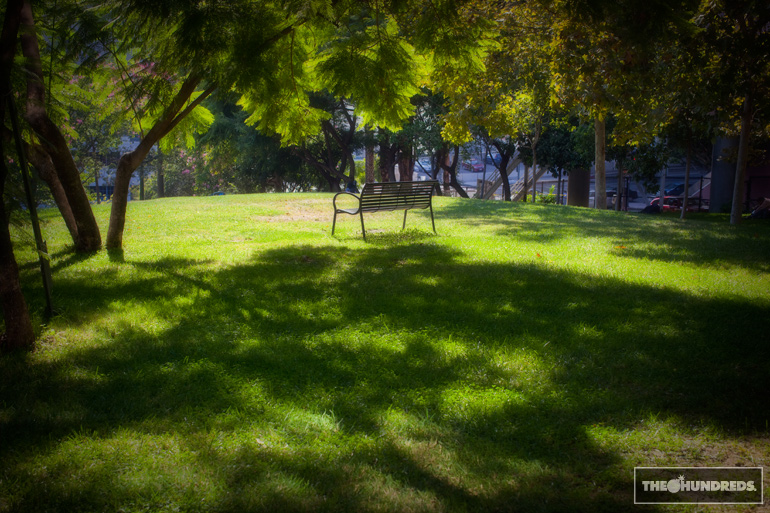 This is random, but it’s outside the MOCA. I bet the artist who dreamt this up wasn’t stuck behind a desk all day. 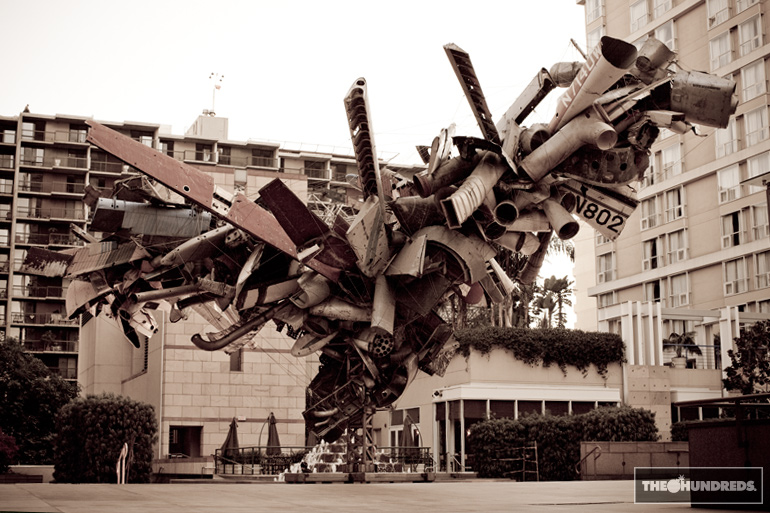