There’s a few ways to beat the sweltering summer heat in Southern California. Like going to Northern California. Because we’re in San Francisco and it’s like Winter forgot to end. Al Gore is the TRUTH.

Huf just got in a shipment of the Nike Something-or-Other. It was like an Air Max but looked like a boot. There was also a Nike Dunk that looked like a Composition notebook. One day I’m gonna invent a shoe that looks like an actual shoe. And I will win a Nobel Peace Prize. ::applause:: 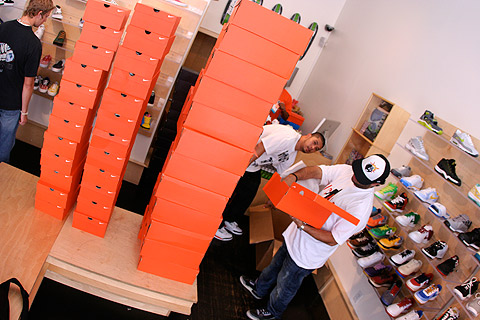 Happy Birthday Marcus! For the 3rd time this year. 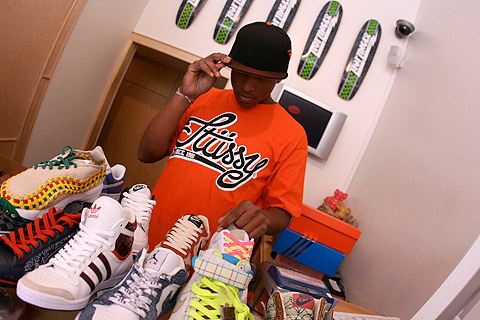 Yeah I know, way too much orange going on. So let’s head around the block to say hey to Sean over at Babylon Falling, his new bookstore on the corner of Bush and Jones. 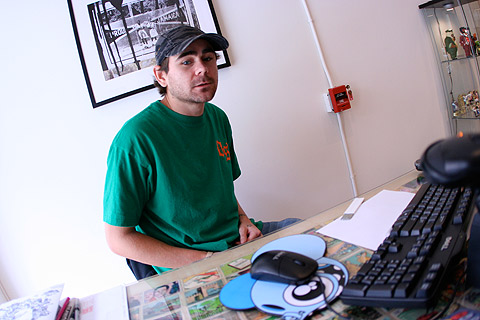 Babylon Falling is stocked with a nicely positioned mix of particular toys and action figures, t-shirts, books, and magazines.

But only the good stuff. No filler. 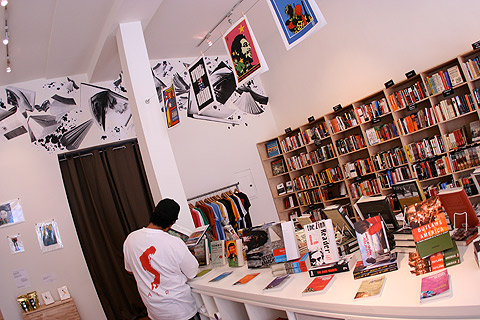 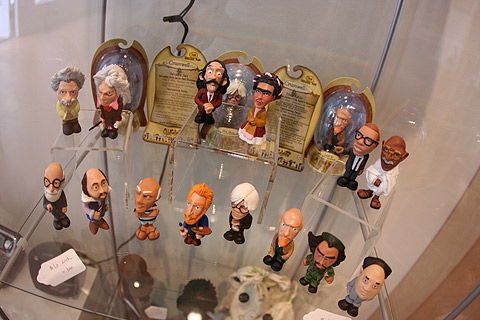 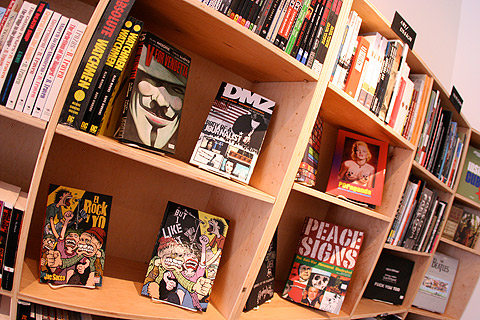