Get Up to Date with Every Spring Movie Release Coming Soon

2015 ended with a bang theatrically. The Big Short (my favorite movie of 2015), The Hateful Eight, The Force Awakens, Concussion, so on and so forth; they all contributed to a fantastic cinematic year. How is 2016 going to match up? Well, it got off to quite the riveting start with The Revenant. DiCaprio, Hardy, and director Alejandro Iñarrítu are going to be hard to follow. The rest of the year is flooded with some big titles that’ll have crowds out in droves. It looks to be a big year for comic book movies. Deadpool, Batman V Superman, and Captain America: Civil War will surely bring houses down (and maybe divide friends and families). Animated animals will have their day in the sun as well, with movies like Kung Fu Panda 3, Zootopia, and The Jungle Book hitting screens throughout the year. Much like my fall/winter list, here are some flicks that’ll be putting asses in seats throughout the spring. 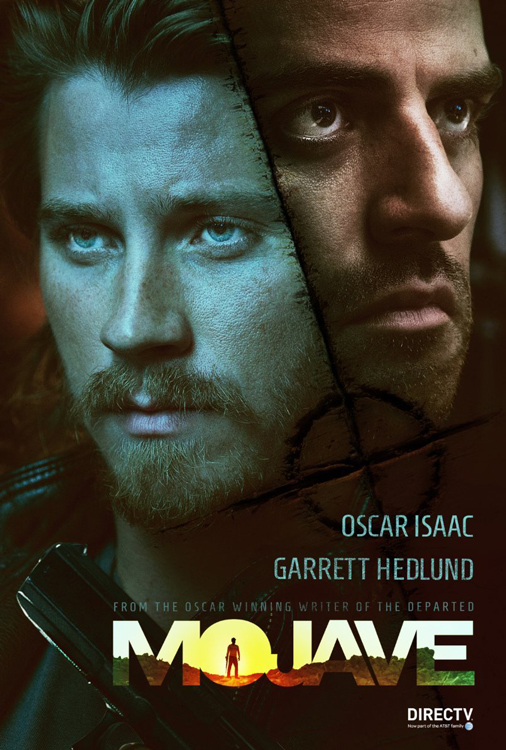 I just heard about this movie the other day and without watching the trailer I knew I wanted to see it. Why? Off the top, three reasons: Oscar Isaac, Garrett Hedlund, and William Monahan. Oscar Isaac was one of 2015’s biggest actors with performances in Ex Machina and The Force Awakens. Garrett Hedlund has been fun to watch since Four Brothers. William Monahan wrote The Departed, so yeah, I kind of trust the guy. Isaac and Hedlund have worked together before in 2013’s Inside Llewyn Davis, but I don’t think their characters wanted to kill each other the same way they do in Mojave. Hedlund plays an actor who’s down on his luck and goes soul searching in the desert only to find a pyscho vagrant (Isaac) that eventually wants to kill him.The film looks to be part western, part psychological thriller, part revenge flick. It’s probably not for your snobby film critic types, but count me in. I like seeing pretty people fight each other in ugly ways. 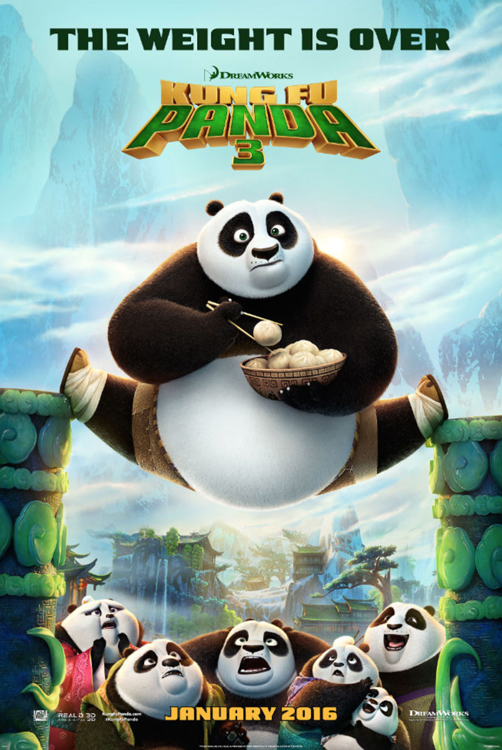 The Kung Fu Panda series is much like actor Jack Black, who voices the lead character—you either like ‘em or you don’t. Well, I like ‘em! The first two installments were joys to watch. I’m a big Ninja Turtles fan, so how could I resist more talking animals doing martial arts battling larger than life bad guys? Speaking of those talking animals, EVERYONE is in this movie. Jackie Chan, Angelina Jolie, Kate Hudson, Dustin Hoffman, Seth Rogen, Lucy Liu (ohhhh, Lucy), and many more (really). Great animation, a stacked cast, two great movies preceding it—what else do you need? Bonus points for the fact that we’ll now be able to call the Kung Fu Panda movies the Kung Fu Panda Trilogy. Boom. 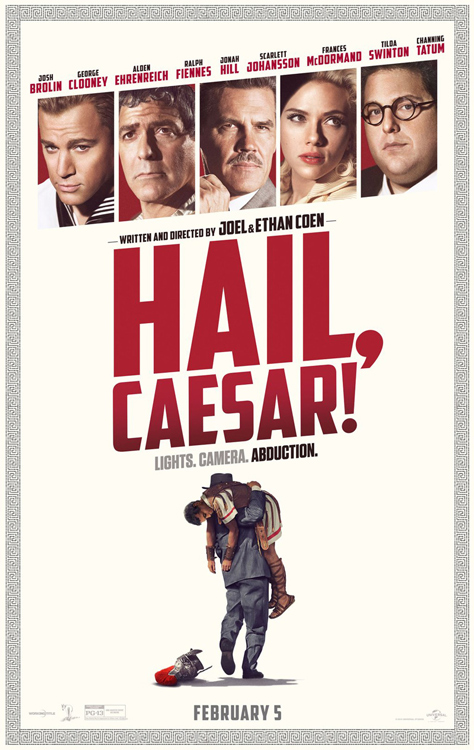 The Coen Brothers directing a Hollywood-based kidnapping caper starring George Clooney, ScarJo, and Channing Tatum. I’m down. The Coens have blessed us with a glorious catalogue of movies and I have a feeling this will be another addition to their heavy lineup. Much like Quentin Tarantino and Wes Anderson, the Coen Bros are renowned for their particular vision and unique style. They bring their distinct look or vibe to everything they do. They’re tackling the glitz and glamour era of Tinsel Town with a story of a kidnapping that looks to be packed with deception and brown-nosing. Besides being one of Hollywood’s go-to greats, Clooney has worked with the CoBros before. They have a history and a chemistry. Add Scarlett Johansson, Channing Tatum, Tilda Swinton, Jonah Hill, and Ralph Fiennes to the roster and you’ve got what sounds like a recipe for the Oscars. 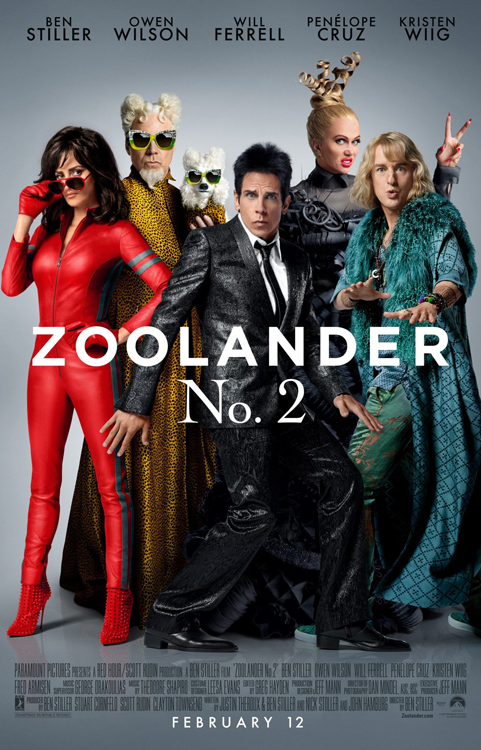 There’s more to life than just being really, really, ridiculously good looking. I don’t know if Derek Zoolander ever truly learned that, but he did save a man’s life. Zoolander and Hansel return with a new mystery to solve and more pretty faces to protect from the evil and hysterical Mugatu. Ben Stiller returns as director and he brought all of Hollywood with him. Stiller is Zoolander. Wilson is Hansel. Ferrell is Mugatu. All the big names are returning to play their infamous roles and they’ll be joined tons of celebrity cameos. The names don’t make the movie though. Part of the original Zoolander’s allure was its critique and parody of the modeling world. We’ll see if the sequel can find clever ways to tackle new targets like social media and the all-powerful Internet. 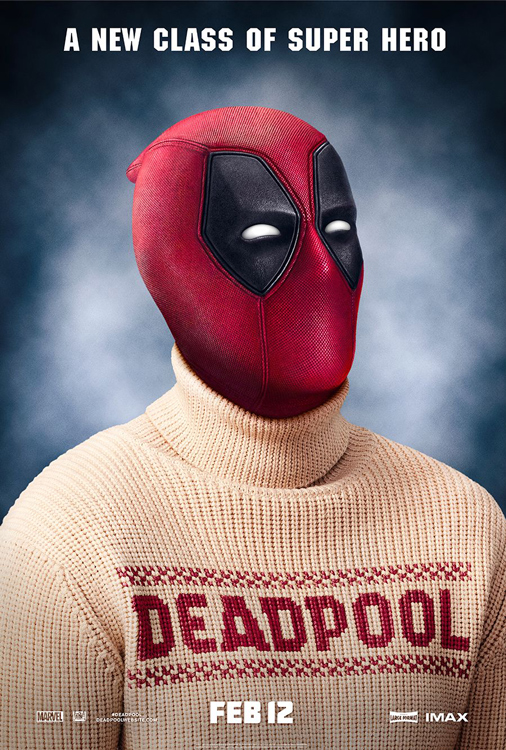 The year’s first big superhero movie doesn’t even belong to a true superhero. It’s been a long time coming and it almost didn’t come at all, but on February 12th, we’ll all be able to watch an R-rated Deadpool movie. Ryan Reynolds originally played a much-maligned, distorted version of the titular character in the X-Men Origins: Wolverine movie. It was a fucked up version of the character that no one loved, but Reynolds seemed like a perfect fit for the role of Wade Wilson. Time went on, Reynolds did a not so good version of Green Lantern, then fought tooth and nail to get a true version of Deadpool on the silver screen. In less than a month it’ll be here, and based on the trailer, it looks like director Tim Miller is delivering the goods. The trailer hits all the right notes and fans everywhere are eagerly awaiting. I don’t think anyone’s betting on it, but I wouldn’t be surprised if this movie becomes another “sleeper” hit for Marvel (that’s playing it safe). We’ll see if the Merc With A Mouth knocks it out of the park in his official big screen debut. 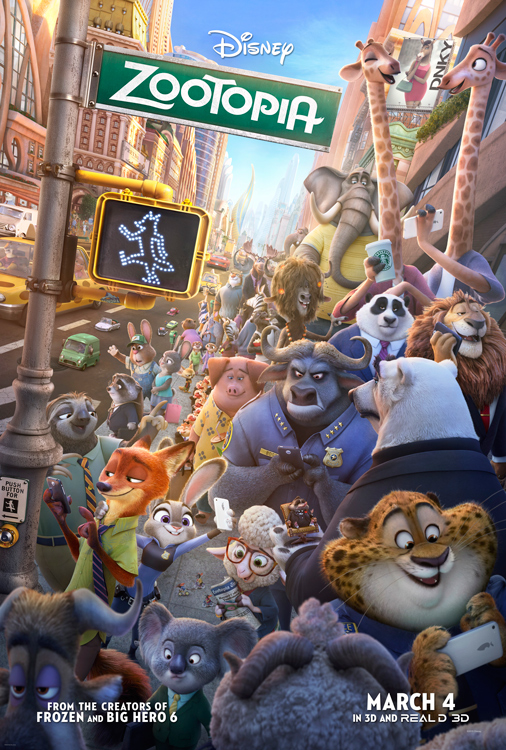 This animated adventure from the good folks at Disney snuck onto this list based on a trailer alone. If you’ve been to the movies lately, then you’ve seen it. The one where the rabbit cop and the fox go to the animal DMV that’s operated by sloths. Yeah, that one. Disney showed some balls making their first trailer one long-running joke and it FLOORED everyone in the theater the first time I saw The Force Awakens. I’ve been ready for this movie ever since. You know Disney does talking animals well. I dare you to watch the trailer and not laugh your ass off. If you don’t, then you’re a coldhearted heathen who probably didn’t cry when Han Solo was killed by his own son (spoilers). I don’t consort with such heartless ilk. Disney spared no expense with the voice cast either, which includes stars like Ginnifer Goodwin, Idris Elba, J.K. Simmons, and Jason Bateman (and more, like Shakira). Lastly, it’s Disney. It could make the list solely on that point, but it looks good regardless. 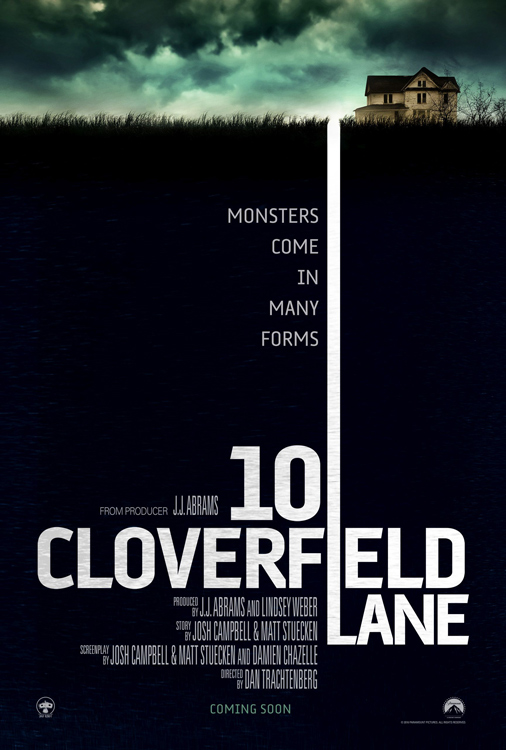 The first Cloverfield was a tough watch for some people, so it seems like the creative team behind this surprise sequel ditched the found footage style and upped the mystery, intensity, and drama. The announcement of the movie was surprise enough, and the trailer followed suit by giving little to no details about a movie that’ll be out in two months. Based on the trailer, three people live in some sort of underground bunker sheltered from (or hiding from?) the outside world. John Goodman was playing one of those people, so there’s at least that. Goodman is literally good, man. Another one of those people was Ramona Flowers, I mean Mary Elizabeth Winstead, and she’s cool too. I wasn’t a huge fan of the first film, but the trailer has me (and everyone else) so curious I may have to see this. Props to J.J. Abrams for again being able to keep a movie under wraps. 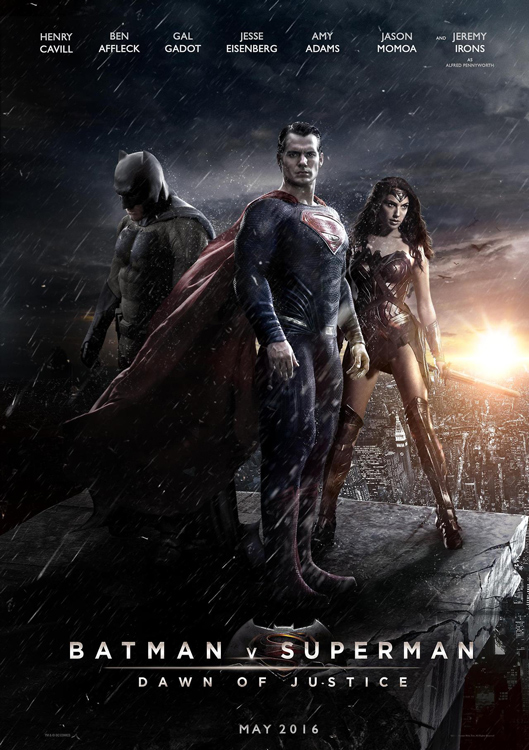 Although the last trailer didn’t add much positive hype to this flick, Batman V Superman: Dawn of Justice is still one of the year’s most hotly-anticipated movies. This film will attempt to answer the age old question of who would win in a fight: Batman or Superman? Comic book fans and nerds all over the world have argued for decades about who would actually take down who if these two titans actually clashed. Borrowing heavily from Frank Miller’s The Dark Knight Returns, director Zack Snyder is banking on the fact that pitting the Caped Crusader against the Man of Steel will ignite nerd boners in theaters throughout the galaxy. Henry Cavill returns as Superman taking on Ben Affleck, who will be making his first appearance upholding the mantle of the bat. DC’s leading men will be joined by Wonder Woman and supposedly other members of the Justice League who’ll make cameos. This movie will probably make more money than Wayne Enterprises, but financial success aside, we all know who would really win…

7 Movies to Watch Now That Summer's Over (All Available Online)

Your Essential Guide to This Holiday Season's Must-See Movies