For The Hundreds’ Spring 2015 Collection, we’re pleased to present a firsthand look at some of the custom prints rolling out this season – starting with the “Era Camo.” The “Era Camo” is a reinvention of something so engrained in us, it’s become part of our DNA: Camouflage. Through our past collections, we’ve experimented with a variety of camo, and “Era Camo” in particular was created in the spirit of revamping the classing standard woodland camo – now adapted to be a techno-comic version of itself with a stereoscopic 3D effect.

The black is used to show our connection to our roots, while the gray is a nod to old school newspaper comics from the era of our inception. “Era Camo” T-shirts, headwear, and accessories are available at our flagship locations now, and the headwear is available in the Online Shop.

The Hundreds’ Spring 2015 collection marks an internal shift within The Hundreds – directing the focus away from thematic collections and concentrating on improving the quality and constructions. From this foundation, we aim to reconnect with our roots, creating classic Californian workwear from a streetwear perspective using color, bold but refined graphics, and tech-meets-traditional fabrications. In addition to that, The Hundreds is presenting its second season of nano-technology – a no handfeel protectant that repels dirt, water, and oil without any extra weight or damage to the color and texture of the garment. 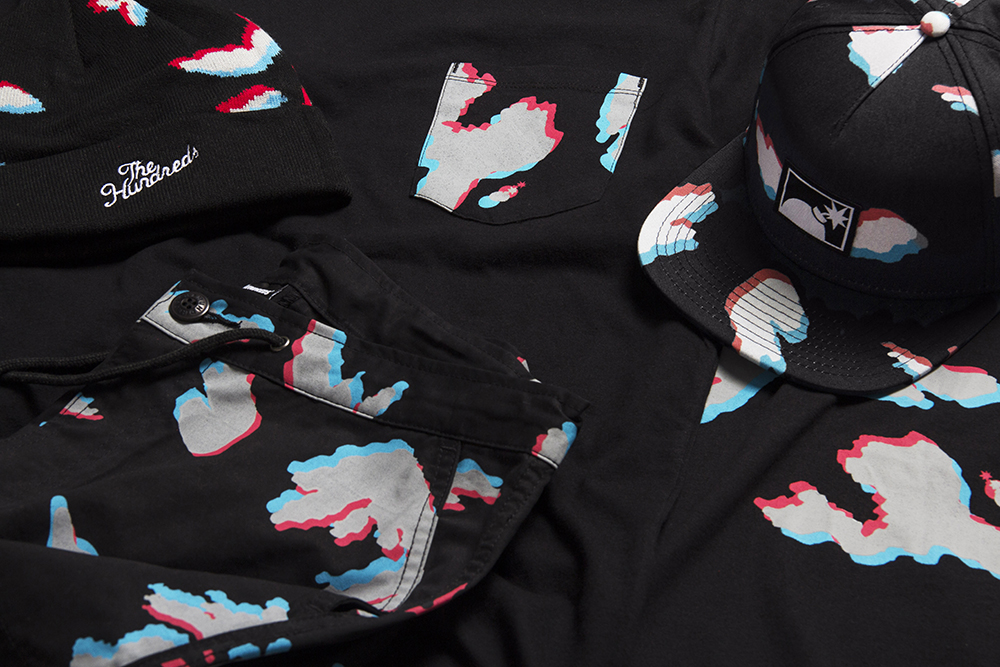 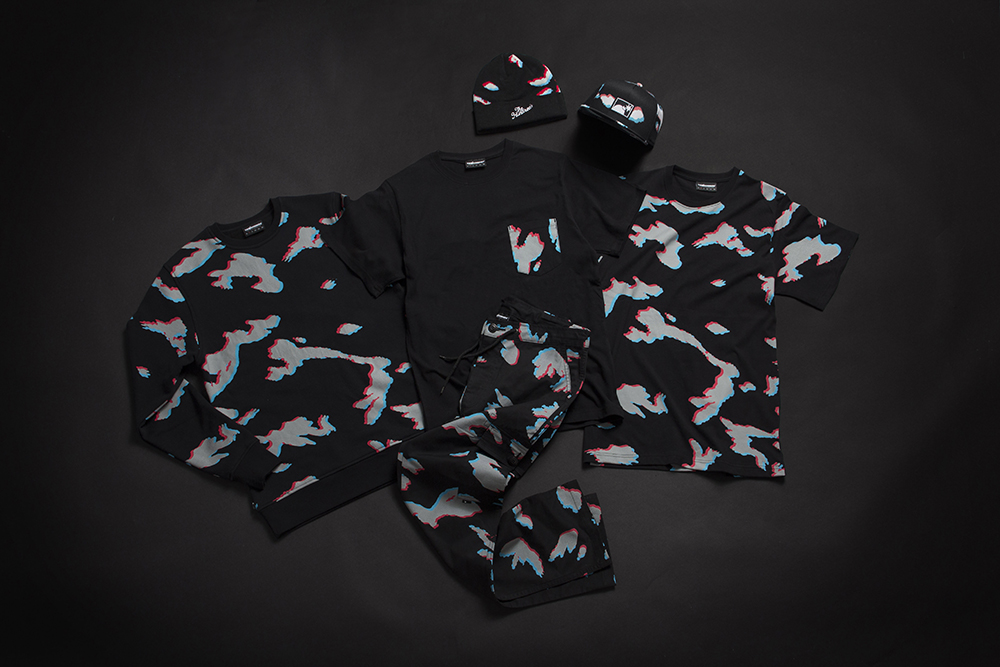 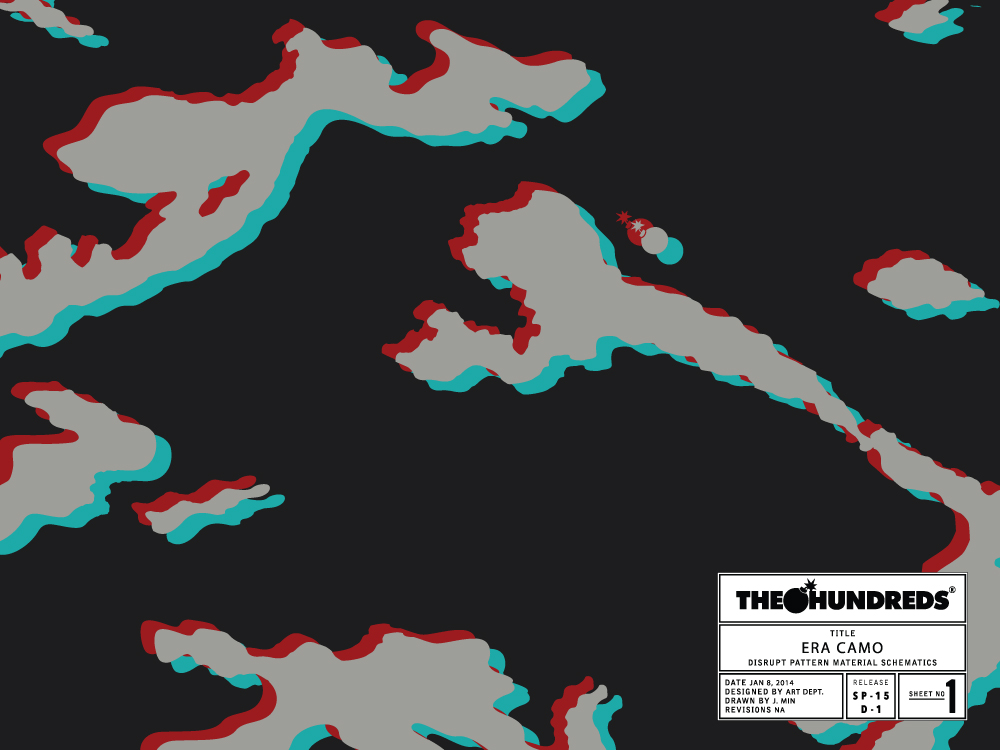