Earlier this week, we published and publicized our Spring 2014 lookbook, photographed by me and styled by Alexa Demie.  I wanted to take a moment to explain to you the thought process, and actual design process, behind this season’s visual story.

It started over a year ago as the design team conceptualized and built out the line plan.  The theme we pursued was inspired by the ’90s, but we didn’t want to focus on the more mainstream, immediate notions of what the ’90s represented, like gangster rap and grunge.  Instead, we aimed to work with the background noise of the ’90s, the suburbs and tract homes, the scrambled porn flickering on television sets, and the Polo-derivative urban wear.  During this period, Southern Californians were fleeing the metropolis and chasing futures out in the open deserts of the Inland Empire and deep valley.  There was hope there, which spawned cheap developments and strip malls.  But the recession and over-expansion crippled the suburbs, leaving towns like Riverside empty and scrambling. I know this because this was my youth.

So the first thing I wanted to do was shoot on-location in my hometown.  We captured the essence of Riverside in the ’90s, from the sprawling desert reeking of broken promises, to the generic neighborhood shopping centers, to the city parks.  My next realization was that my memories of the ’90s weren’t always accurate. They were more a highlight reel of what I wanted to remember, or how I wanted to recollect my teenage years.  So I brought a tripod along to take two shots of each look.  One with the models, and one without.  That way I could fade the subjects out, like my memories.  (This was also a deliberate nod towards the pivotal photograph of Marty McFly and his siblings from Back to the Future).

To seal the deal, I really had to make this lookbook drive the ’90s point home. And as we all know, digital photography had no place in this decade.  It was all about cheap film prints from the local drug store. So I printed out all the digital shots from the day and carried them with me wherever I went for the next month. I left them on my car dashboard to roast in the sun, I stuck them in my pocket to round the corners, I tossed them around the office to give the impression that the photographs were literally 20 years old.

And that’s how you got The Hundreds’ Spring 2014 lookbook.  Here are the actual raw digital photographs (post-Photoshop) of some of the looks before I printed them out, to give you a further reading of the narrative.

You can browse the final official lookbook for The Hundreds Spring 2014 HERE.

Hope you dig it! 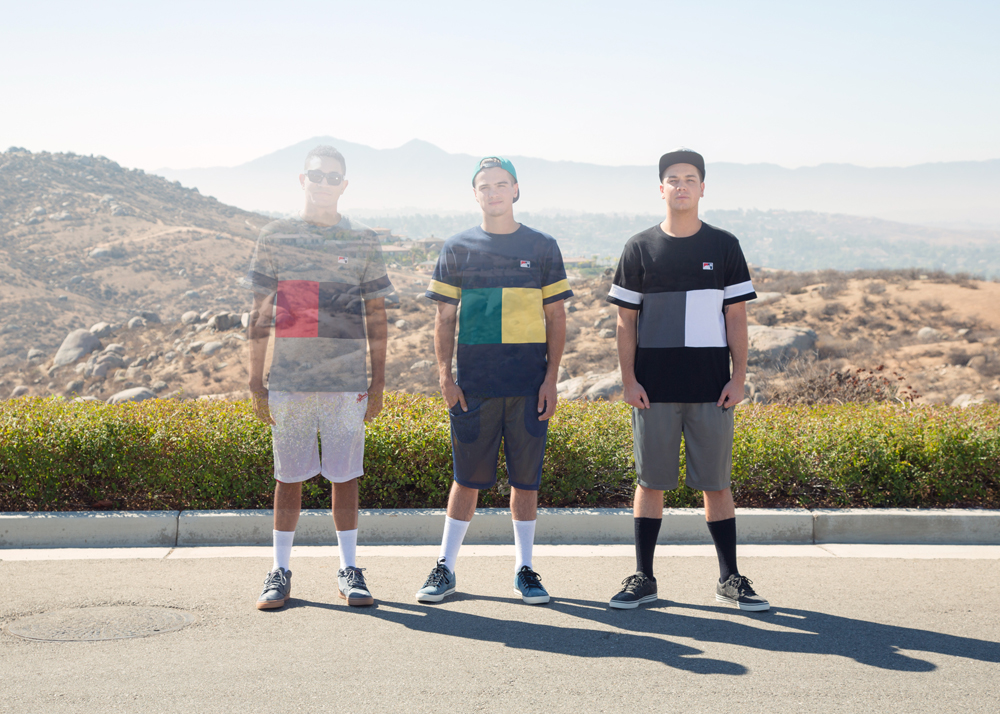 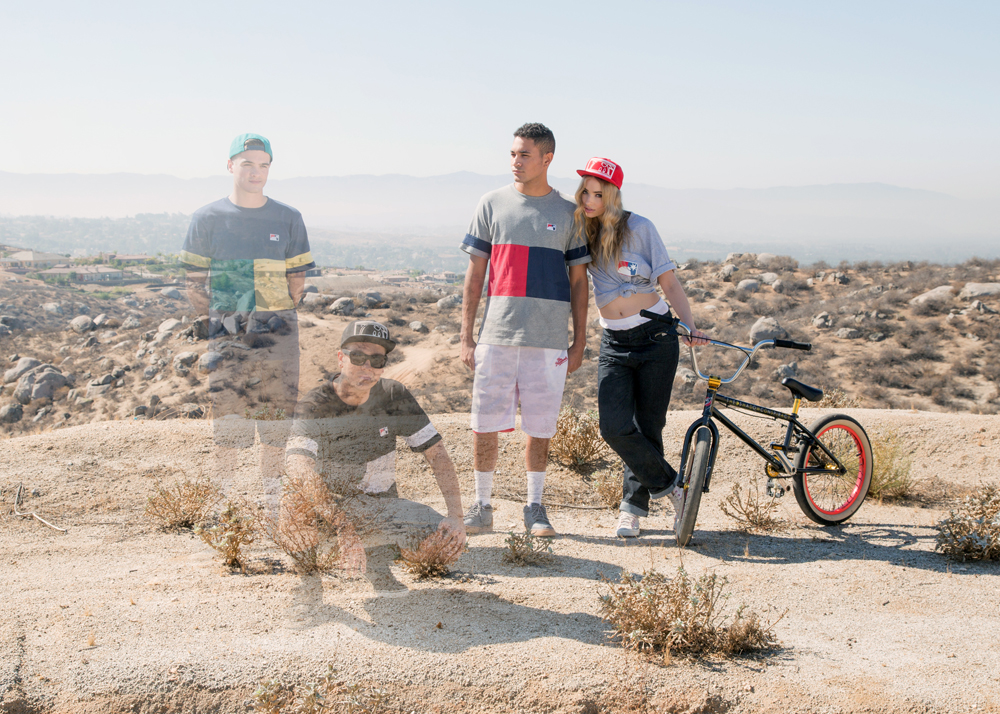 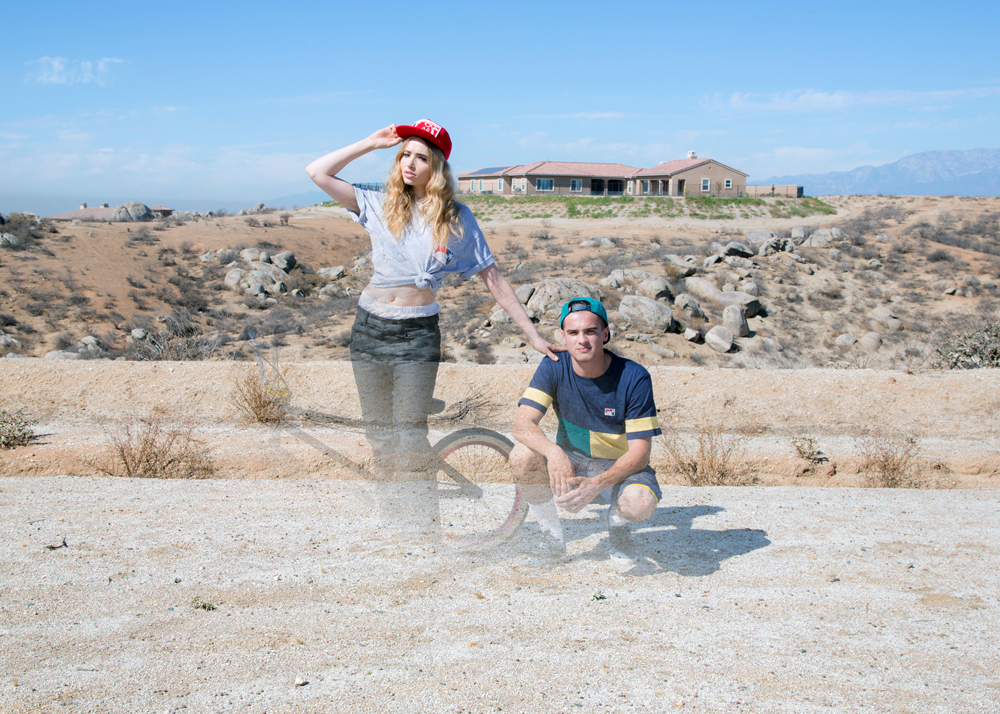 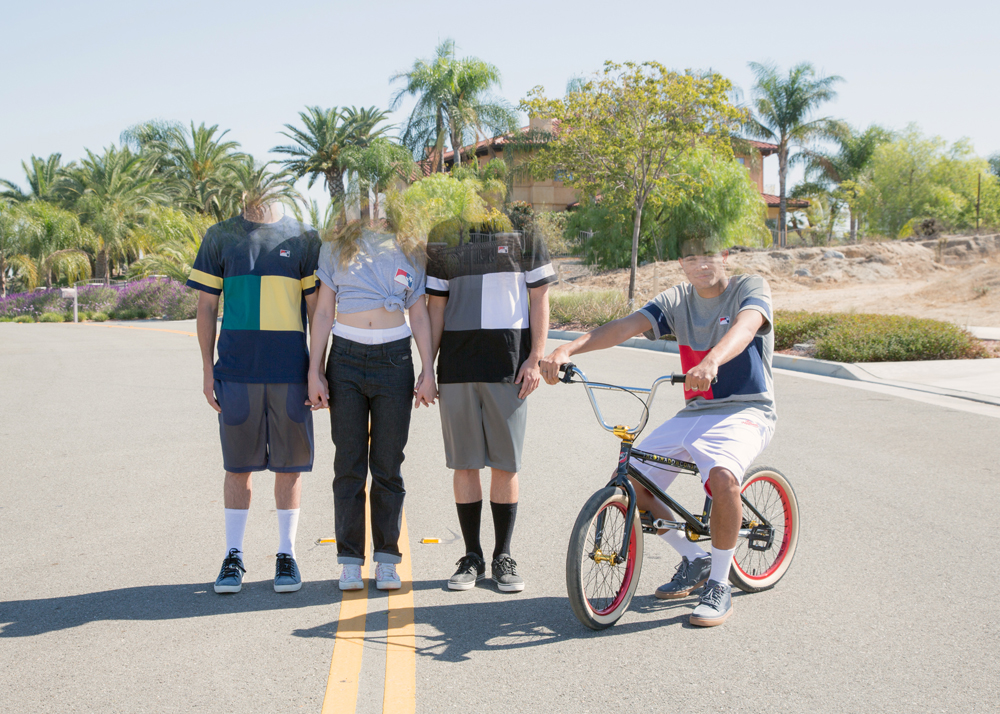 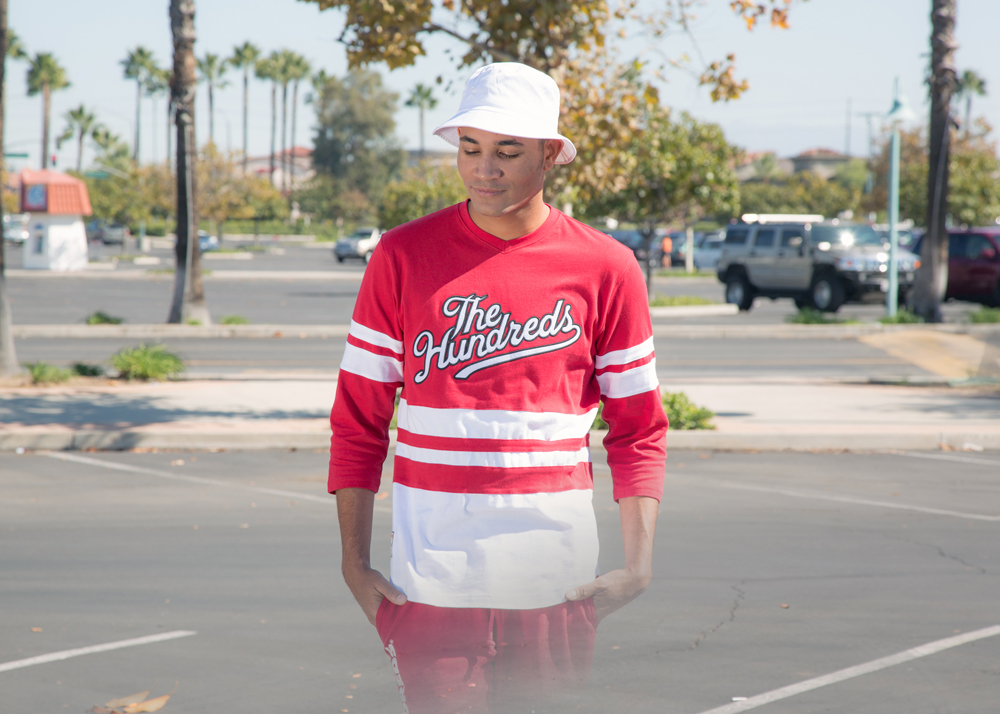 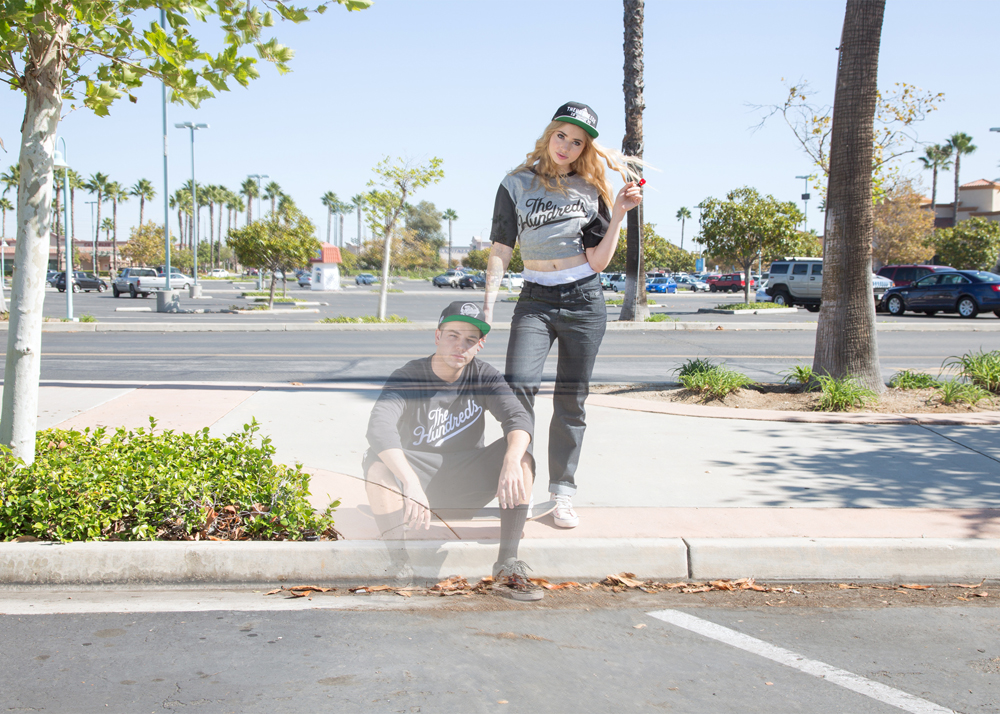 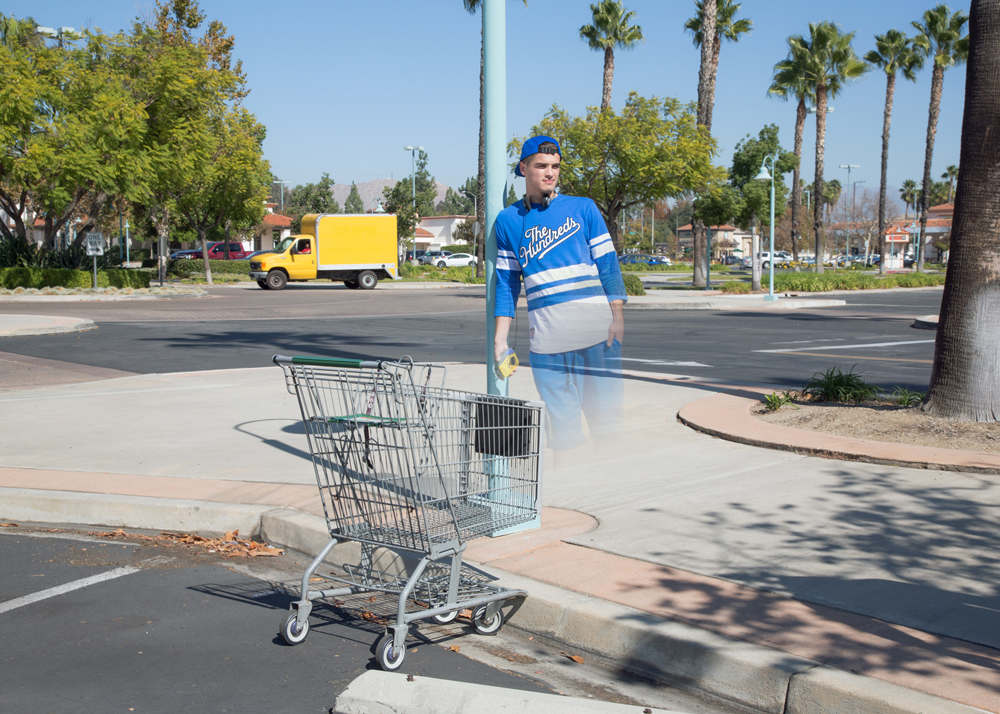 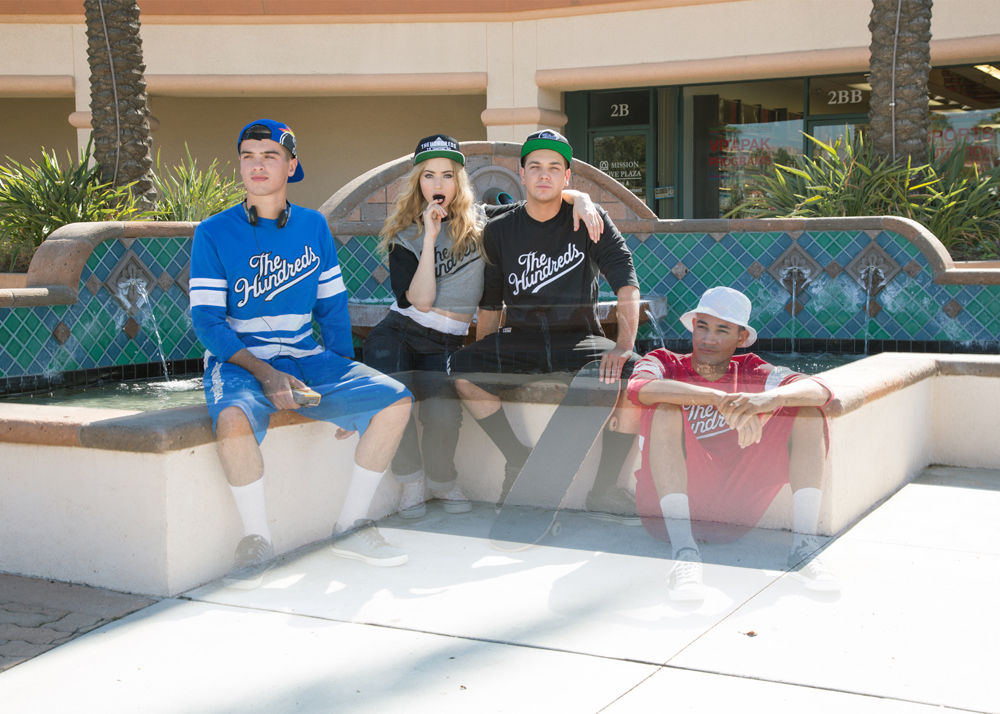 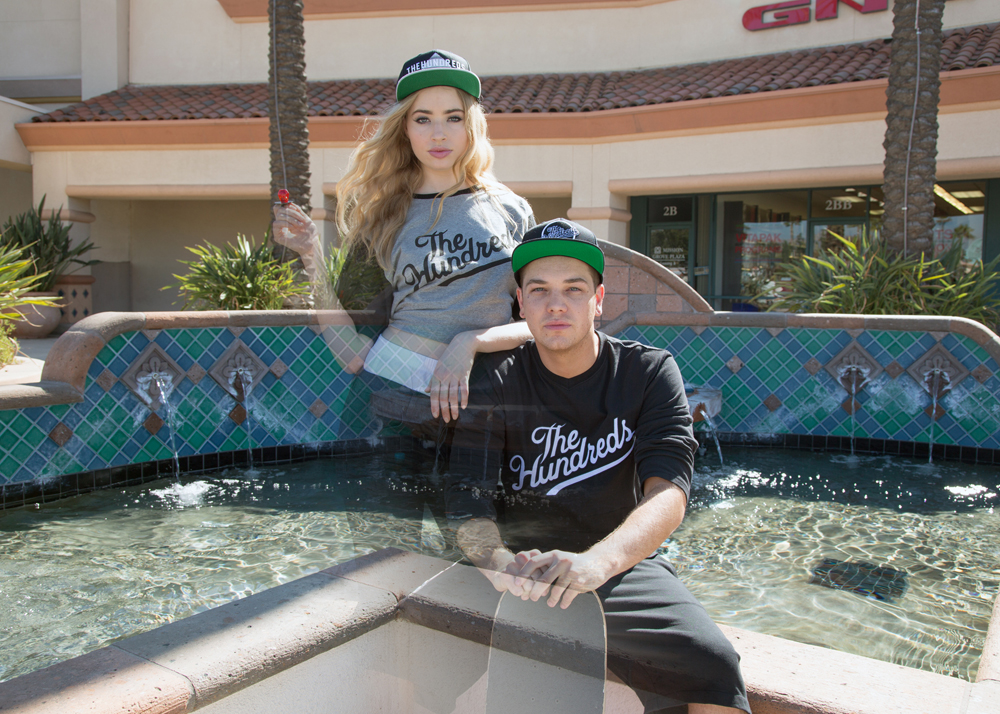 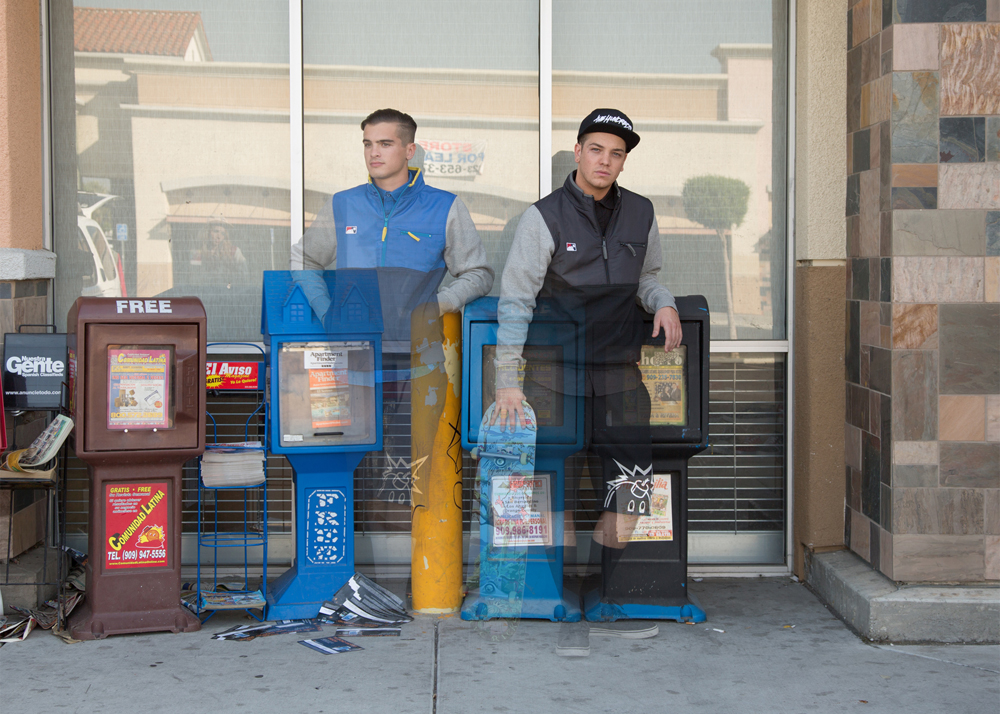 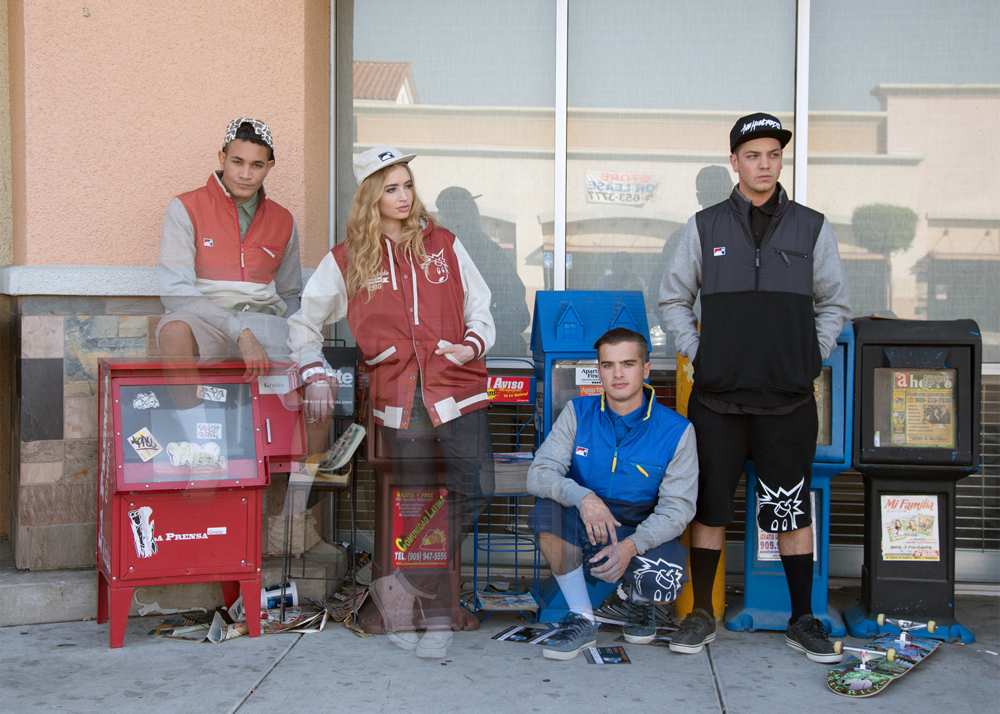 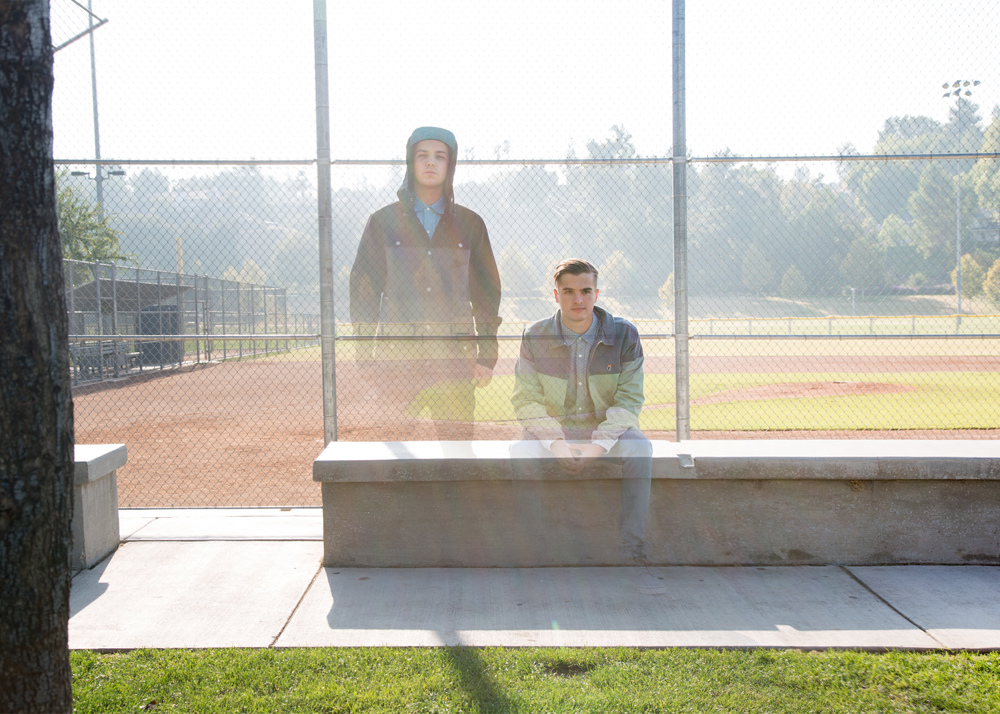 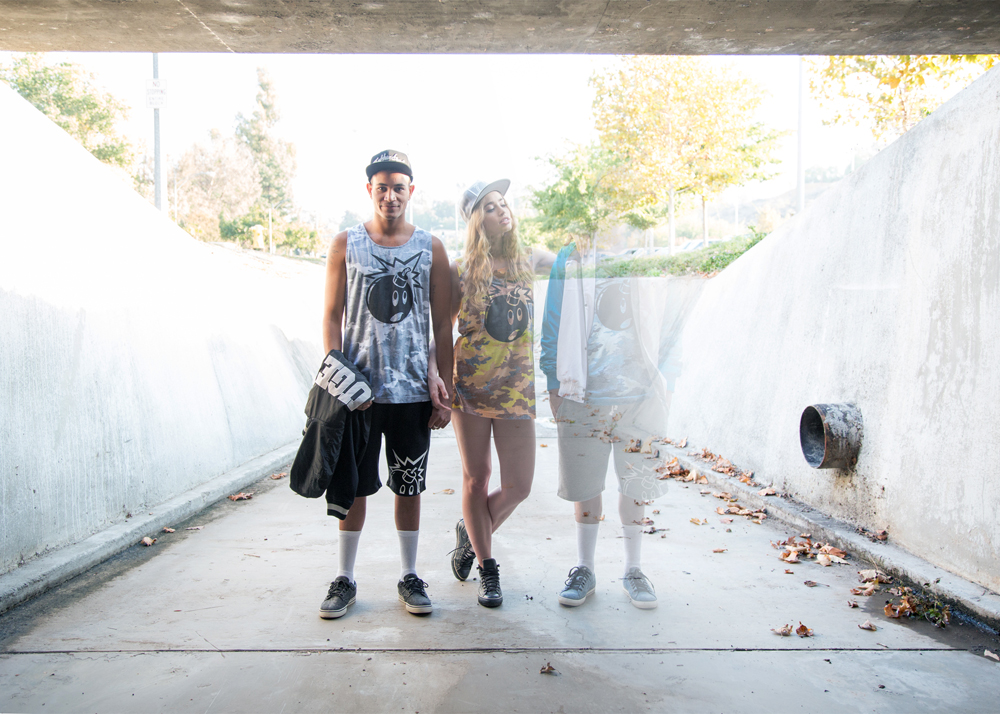 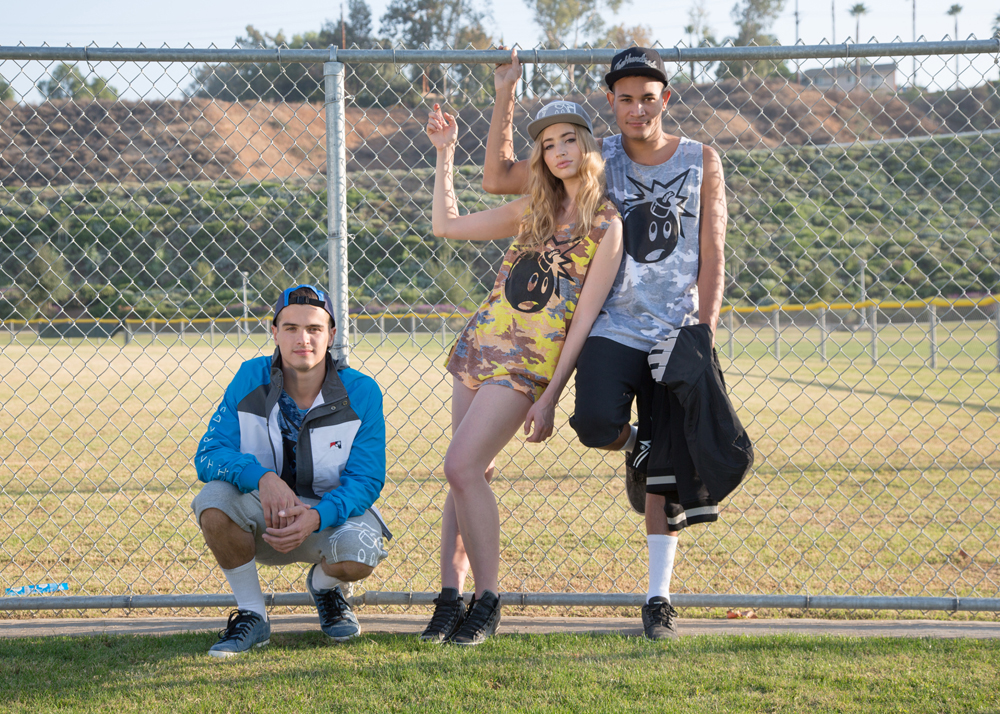