6 months ago, I started noticing – with alarming frequency – the amount of my musician friends posting the copyright infringement notifications they were receiving from popular music platform Soundcloud. It seemed like everyday I heard a complaint about that evil scourge of non-signed artists propagating their music on the Internet – Universal Music, who could have their composition pulled down whether or not it was for a legitimate reason.

So now that the audio company is ending the summer, they’ve reported the highest amount of daily users… Along with the announcement that they would soon be implementing ads in the music that they host for the benefit of the “artists.” It didn’t come out of leftfield for me like it did for some. If anything, it was to be expected for the newcomer.

“Planning your next worldwide release.”

For the audio layman who spends most of their time in a cave with their cassette player and 180 gram vinyl, Soundcloud is an open audio distributor founded in 2007 by some Swedes in Berlin. It was originally started as an avenue for musicians and participants in the music world to bounce tracks off each other and submit their work for peer edit to others within the same field as them. Hosting up to 120 minutes of music for free while using an API that connects with most music software, and allowing one to embed songs on pretty much any social media site? Pretty tight for new producers posting up those first shitty songs, attempting to get those non-quantized-sounding drums like Dilla Dog.

The game started to change when the founders of Soundcloud began to focus less on their worldwide community of artists, and more on the rising amount of tastemaking listeners who’d become hip to the website. In 2013, Soundcloud’s interface shifted. Tools like Spotlight were eliminated, and the comment section became minimized – both features which focused on the work of the musicians. Listeners could now easily embed, reblog, and repost songs. This means an ugly artist living at home can have 100 original songs posted and 1,000 followers, while a hot trendsetter with zero compositions online can have 25,000 followers with no problem. Social currency. What kind of world are we living in?

Oh yeah, one out to make money. One where loyal customers are used and displaced in the opportunity to build up enough equity to either be bought out by venture capitalists or be considered valuable enough to have a strong showing when publicly revealed on the stock market (remember Facebook?).

This is a gold rush in an otherwise dying market.  Music labels are watching the overall amount of paid downloads rapidly decreasing each year, while music streaming websites like Pandora and Spotify are on the rise. Digital sales now outweigh the amount of revenue from physical sales. Major artists are no longer generating the amount of CD sales expected of them which allowing others to now use social media to bypass the traditional major label system. 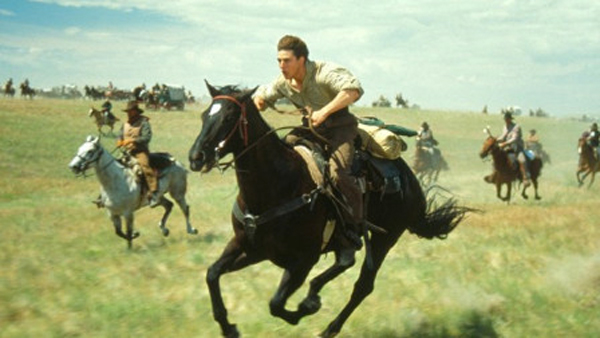 Labels when they hear someone’s making money off of music.

And those labels are running throughout the Internet with whip in hand ready to strike out at anyone they feel not giving their just dues. And Soundcloud is playing ball with those guys, worried about the lawsuits that come with hosting constant incidents of copyright infringement (Youtube 5 years ago). Which is perfectly fine and makes a lot of sense.

…Until I woke up in my hostel in Rio De Janeiro and saw Soundcloud’s spokesman on CNN Business stating that ads were being implemented for the benefit of the artists.

I’m sorry, are we supposed to believe that bullshit? Especially when Youtube – soon after becoming the behemoth that it is because of independent artists and comedians and makeup people and all the other have-nots – announced that they would implement a paid subscription to avoid the now ubiquitous ads that are playing every three minutes on their website?

Are we, as creators, supposed to be happy that Soundcloud says they’re looking out for musicians with these revenue-sharing ads just like our buddy Spotify? Spotify, the world’s most popular music streaming site, who pays the massive grand total of between $0.006 and $0.0084 of a cent for every play? That’s not the rate for just independent artists. That’s you and Radiohead alike.

Social currency. Screenshot from The Mack.

If we, as vain musicians – in search of validation as artists in a world where everyone wants our product for free – could just get over needing to have our music “liked” and reposted in this new social capital/power-obsessed world…

If labels actually invested in true A&R divisions instead of having old guys who came up during the corporate restructuring of record companies during the ’80s and ’90s, and interns fresh out of college with a degree in communications maneuvering through social media to find the next great white hope…

Then we would all know that Bandcamp is the Promised Land. In the immortal words of Flavor Flav: Don’t believe the hype.