For the past year you’ve probably had an earful of Fairfax, but as the year draws to an end, Melrose is striking back. Long held down by Brooklyn Projects, Barracuda, Sportie LA, and other boutiques, the west end of Melrose Ave. is starting to come into fruition as the next shopping hub in L.A. First it was the Kid Robot store and then rumors of Bape’s LA headquarters right across the street. Over the next few weeks, we’ll be seeing the Crooks & Castles store open its doors on Melrose, alongside DC.

Tonight was the opening party for Burton’s flagship store, which dominates Melrose with a 12,000 sq. ft. behemoth housing scores of skate, snow, and surf goods. I can safely say that this was one of the most massive shop openings I’ve attended, physical size-wise and sheer numbers. The guestlist was closed earlier today and with good reason. Not only was it a virtual Who’s Who of the L.A. action-sports/streetwear industry, along with the biggest skate/snow/surf athletes, but Orange County’s finest were in attendance as well. C’mon, they even made it snow in L.A. 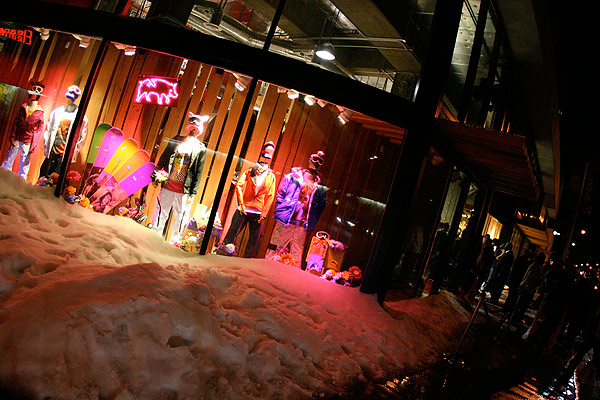 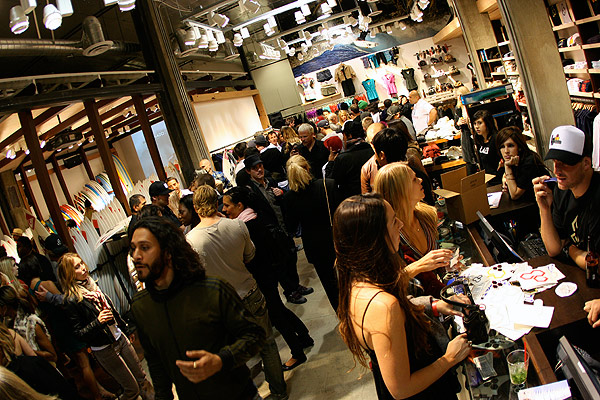 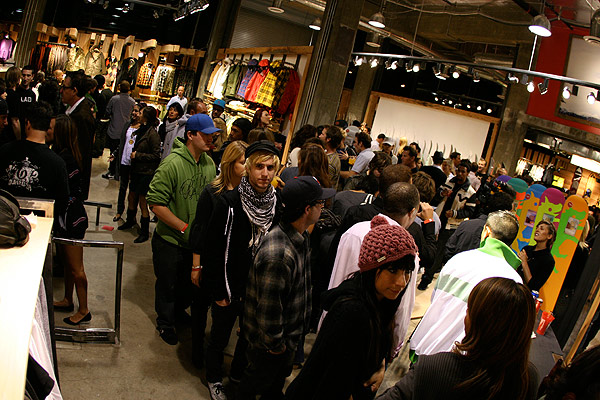 There was so much going on, that no one even seemed to flinch that Prince Paul was on the tables. 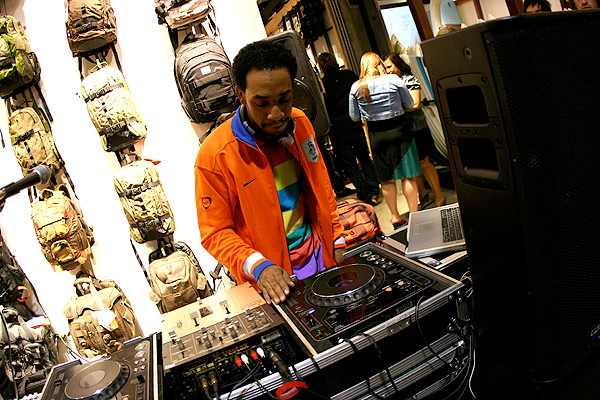 Hey there’s that guy Shaun White I mentioned in yesterday’s blog. He’s got a different kind of helmet on his head now. 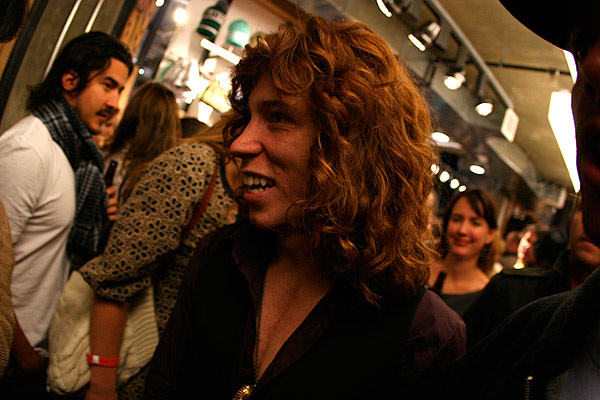 There were just so many people, that I’m just gonna post a grip of crowd shots to give you an impression of how hectic this party was. 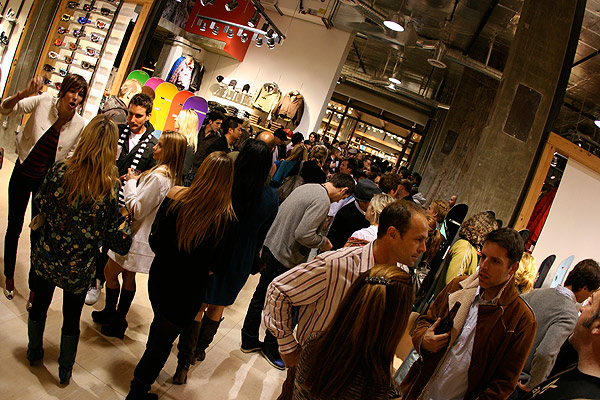 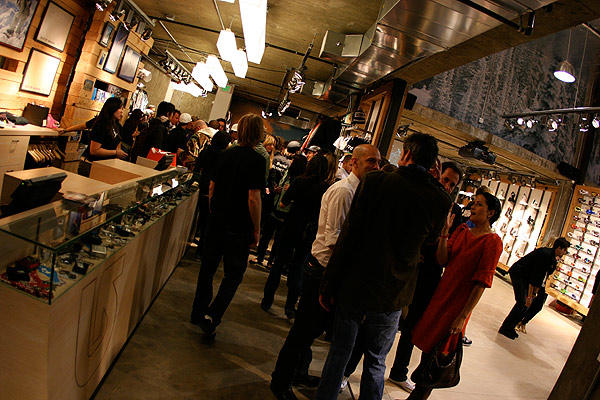 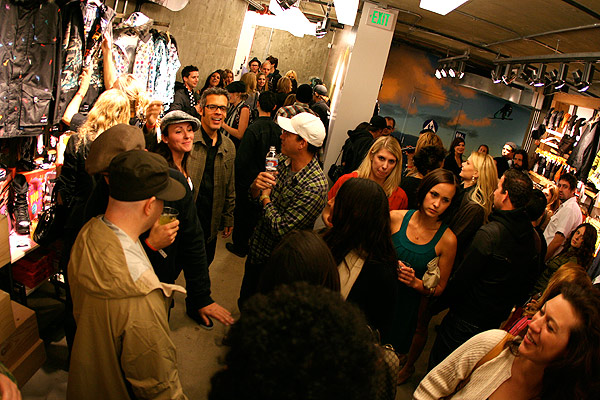 Burton’s family of brands include Gravis, Analog, Anon, R.E.D., and iDiom. The store carries ’em all, along with other brands like Billabong, Channel Islands, etc. etc. Buscemi said it best. It’s Burton’s very own mall. Westfield’s, eat your heart out. 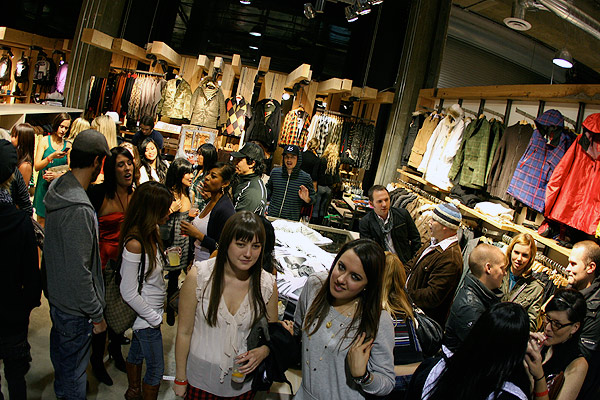 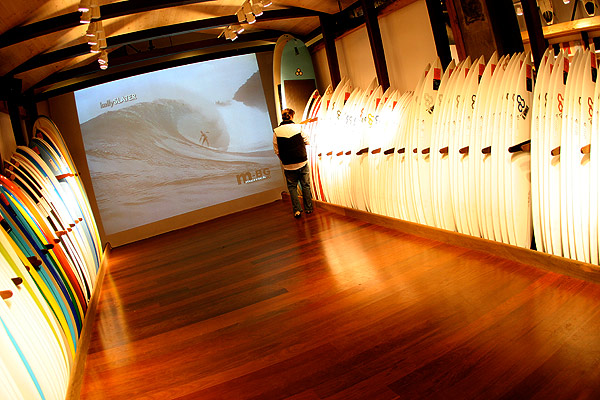 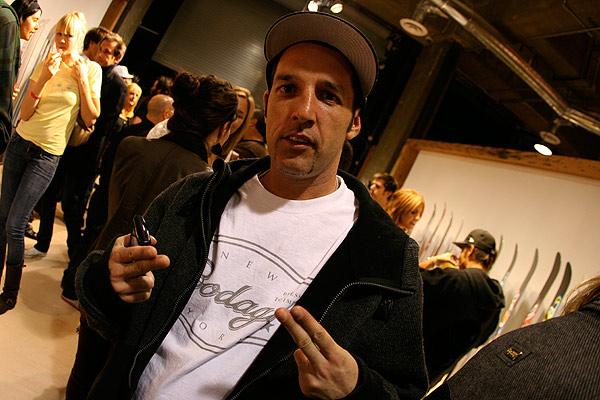 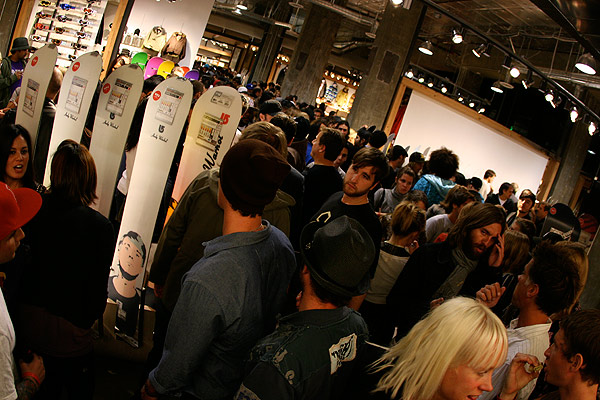 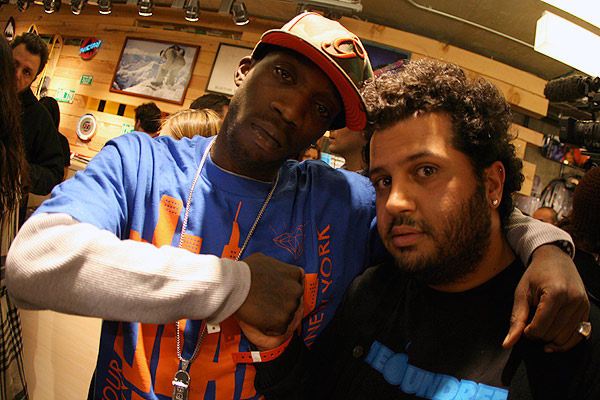 All anyone kept saying to me was to go upstairs, and once I got up there I realized why. 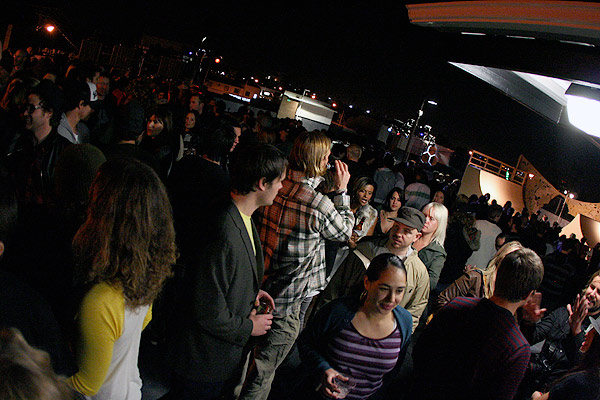 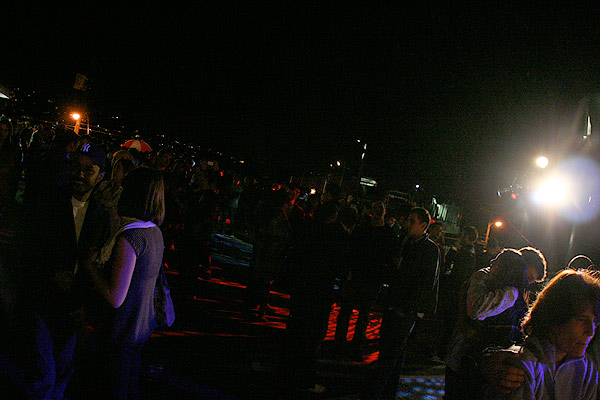 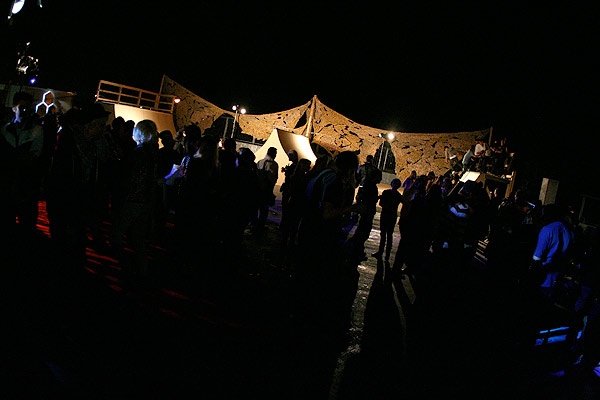 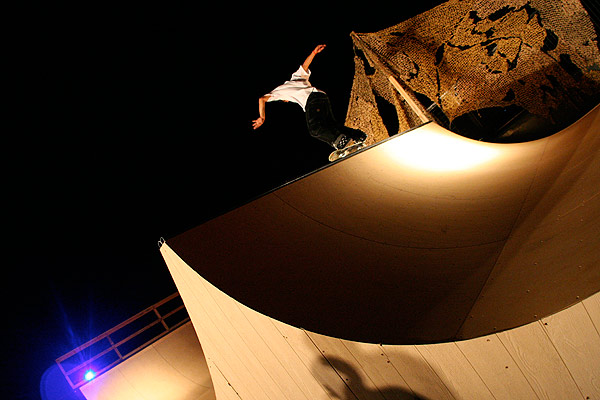 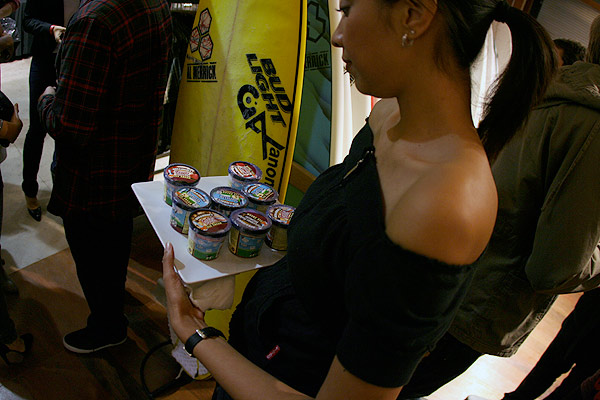 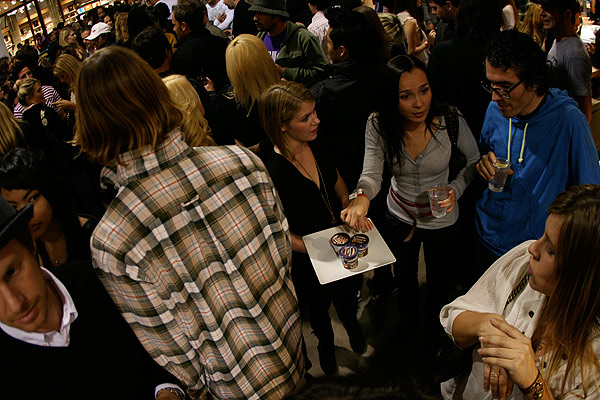 Joe from Gravis iced the cake when he told me to look down. Apparently when there’s not thousands of people stomping all over it, the entire store is actually skate-able. Thus, the seamless floor, flatbar, random transitions, etc. etc. 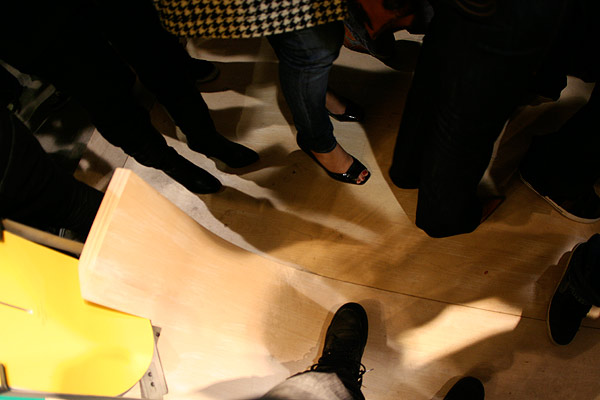 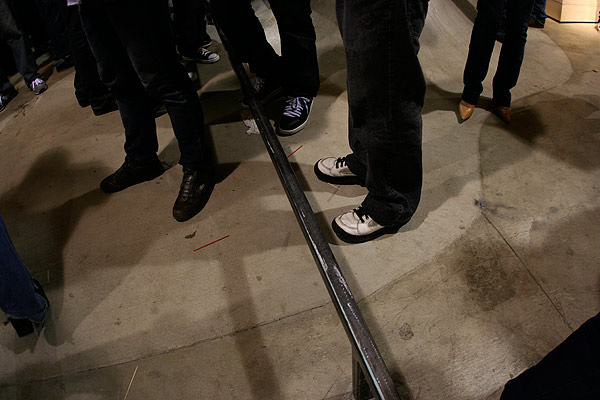 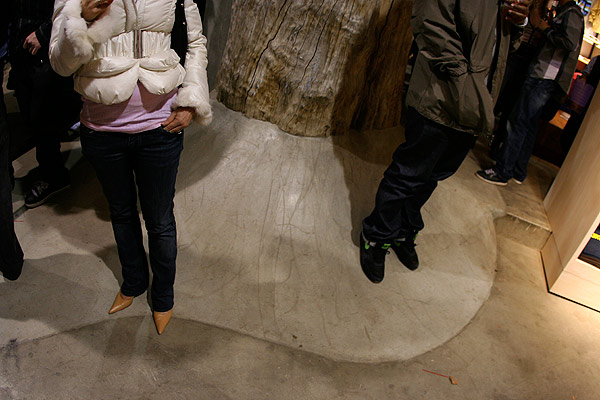 Way too much. Gotta get outta here. 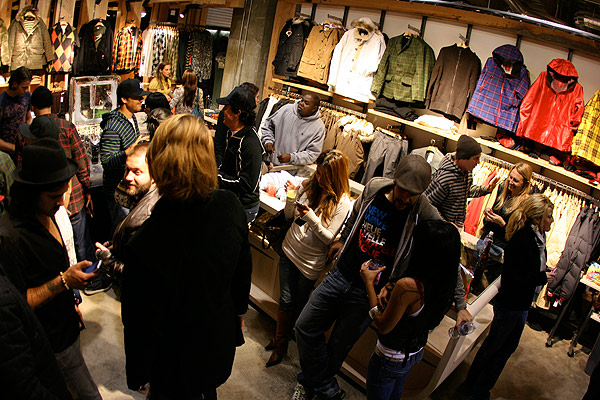 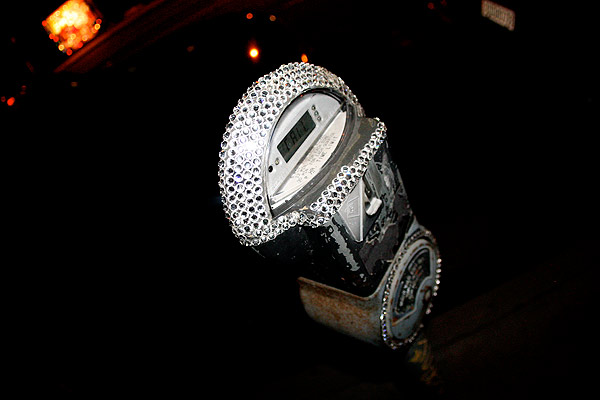