Dom Kennedy was on the couch this afternoon, getting his fill of Street Fighter IV, when Ben came up with a brilliant idea. How about we throw Nathan Nice downstairs and force the 2 emcees into an ambushed, impromptu rap battle? Neither was up for it, Dom was consumed with his video game, and Nate was finalizing a graphic, but that didn’t stop the rest of us from peer pressuring them into a pickup cypher sesh. 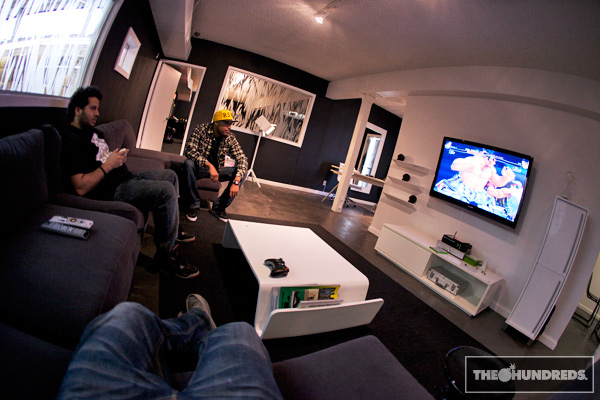