The other day I was out and about in the Hollywood area. I figured I would call up some friends to see what was going on, after getting a hold of Daniel Wheatley he informed me that he and Jon Sciano were going to hit a spot off of Melrose. It is moments like these that I am glad I bring at least one of my cameras everywhere with me,once I got the cross streets I was in route to link up with them. The spot being a unskated double sided cylinder wall with a about a 6 ft. drop at the end. After getting some people to move their cars Jon started warming up, with the initial intentions of doing a blunt slide transfer it turned out a nose blunt transfer was better suited for this location. After some tries he nailed it not once but a few times actually enabling me to get a few different angles. I like skating with Jon and Daniel due to the fact it just feels natural,fun, and the fact that Jon isn’t a high paid pro just yet makes it even better. Seeing him putting in the effort and work to do what he wants is a rad thing to witness. Having a good styles and trick selection doesn’t hurt either, so check out some photos below from the session and if you don’t know of Jon now you know. 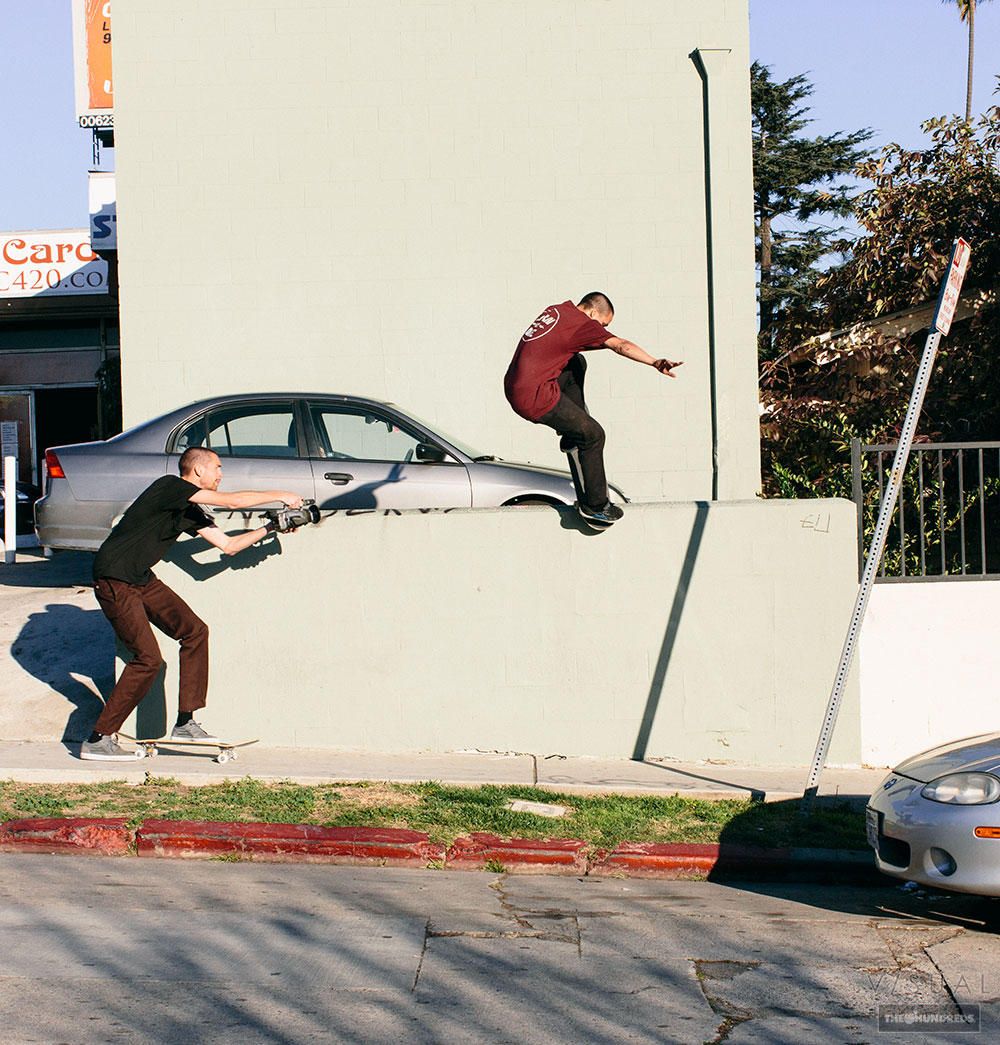 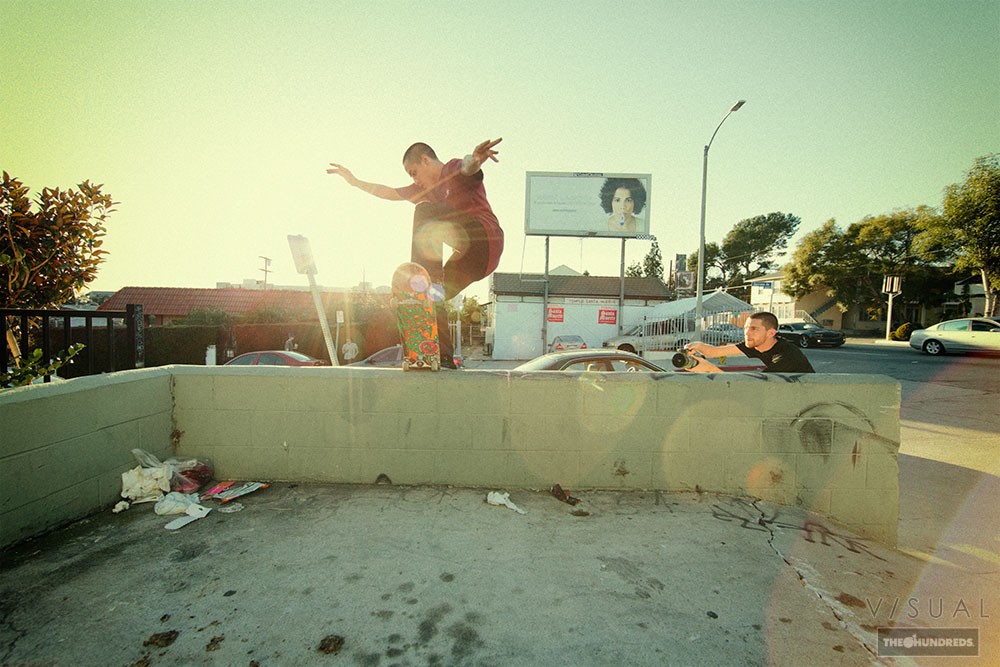 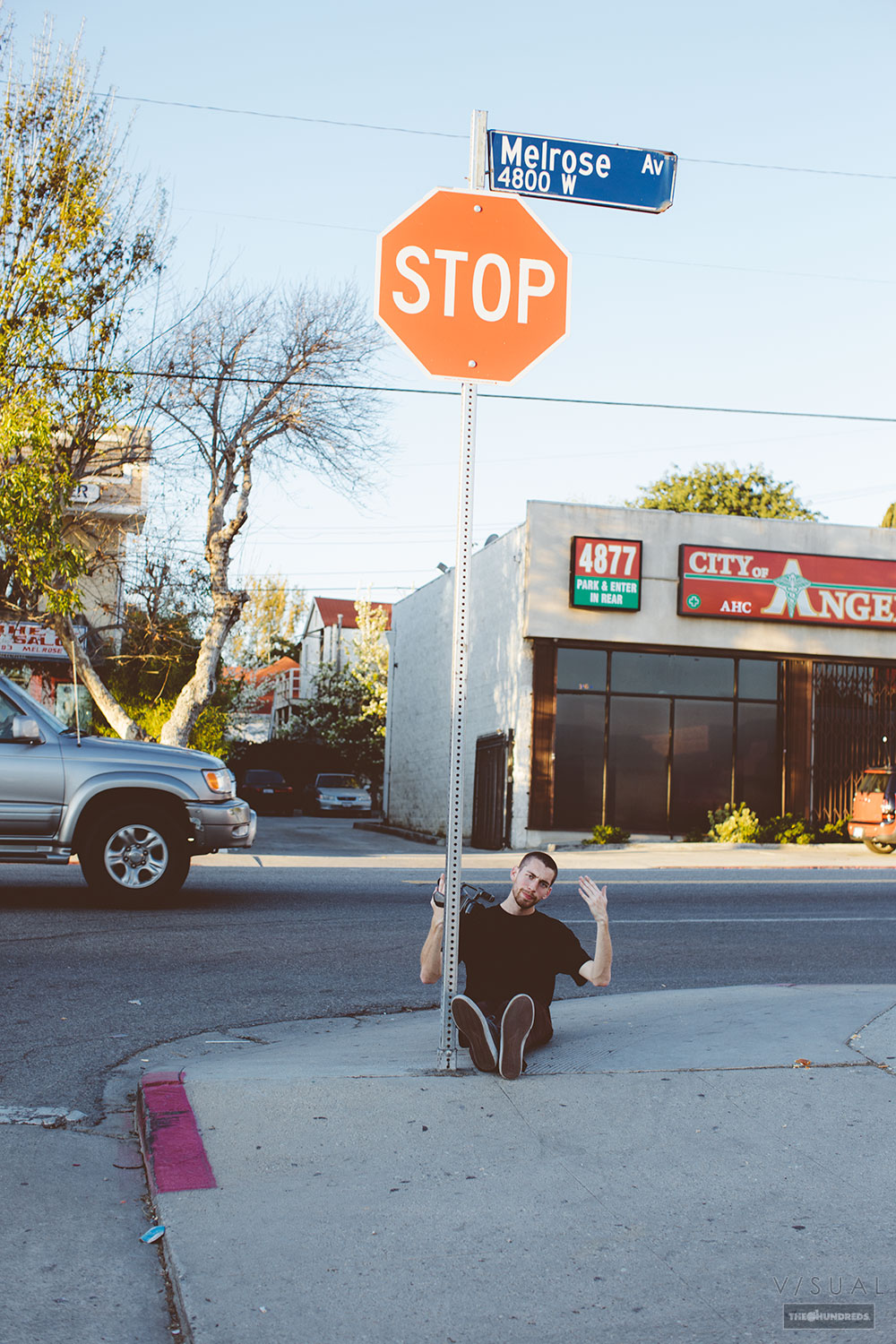 Daniel taking a break to get some long lens footie 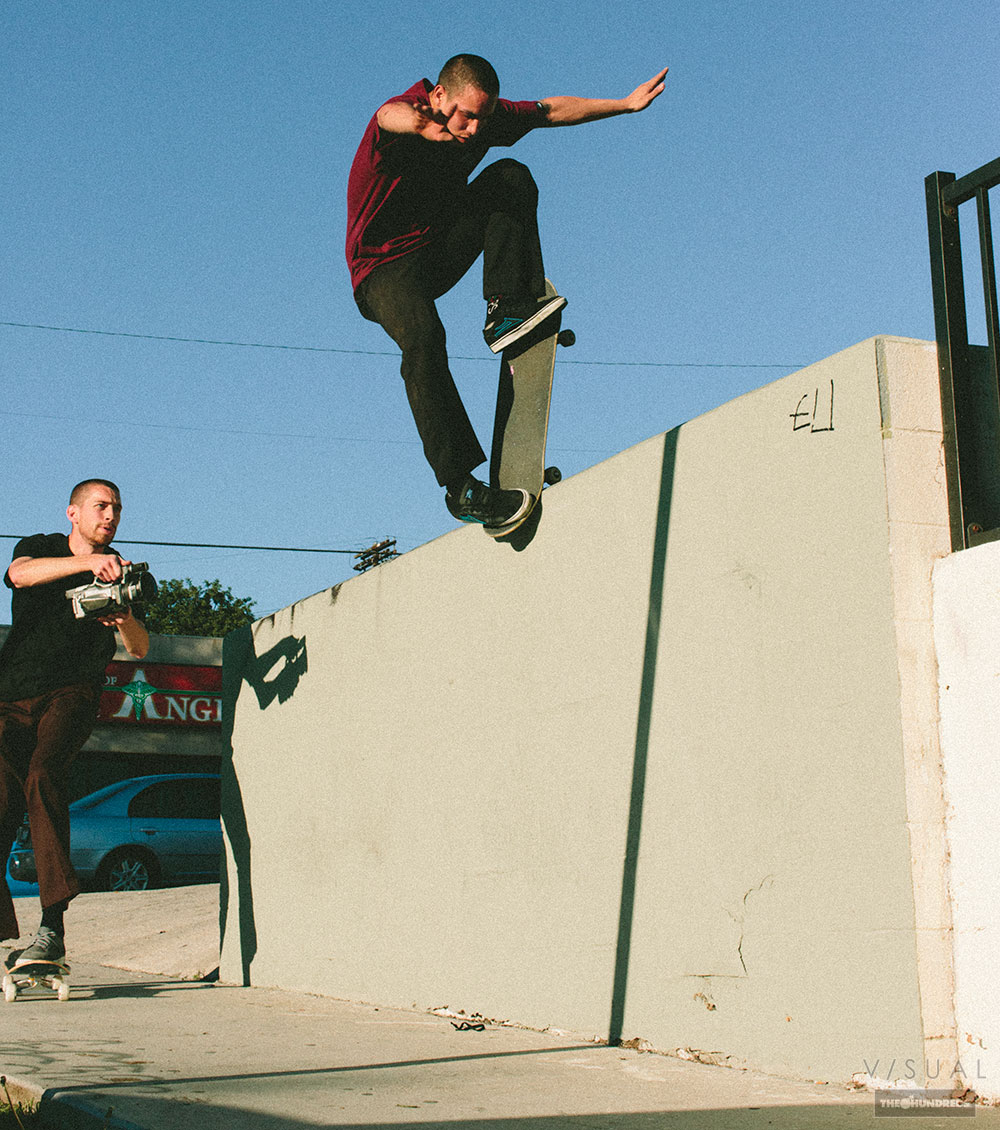 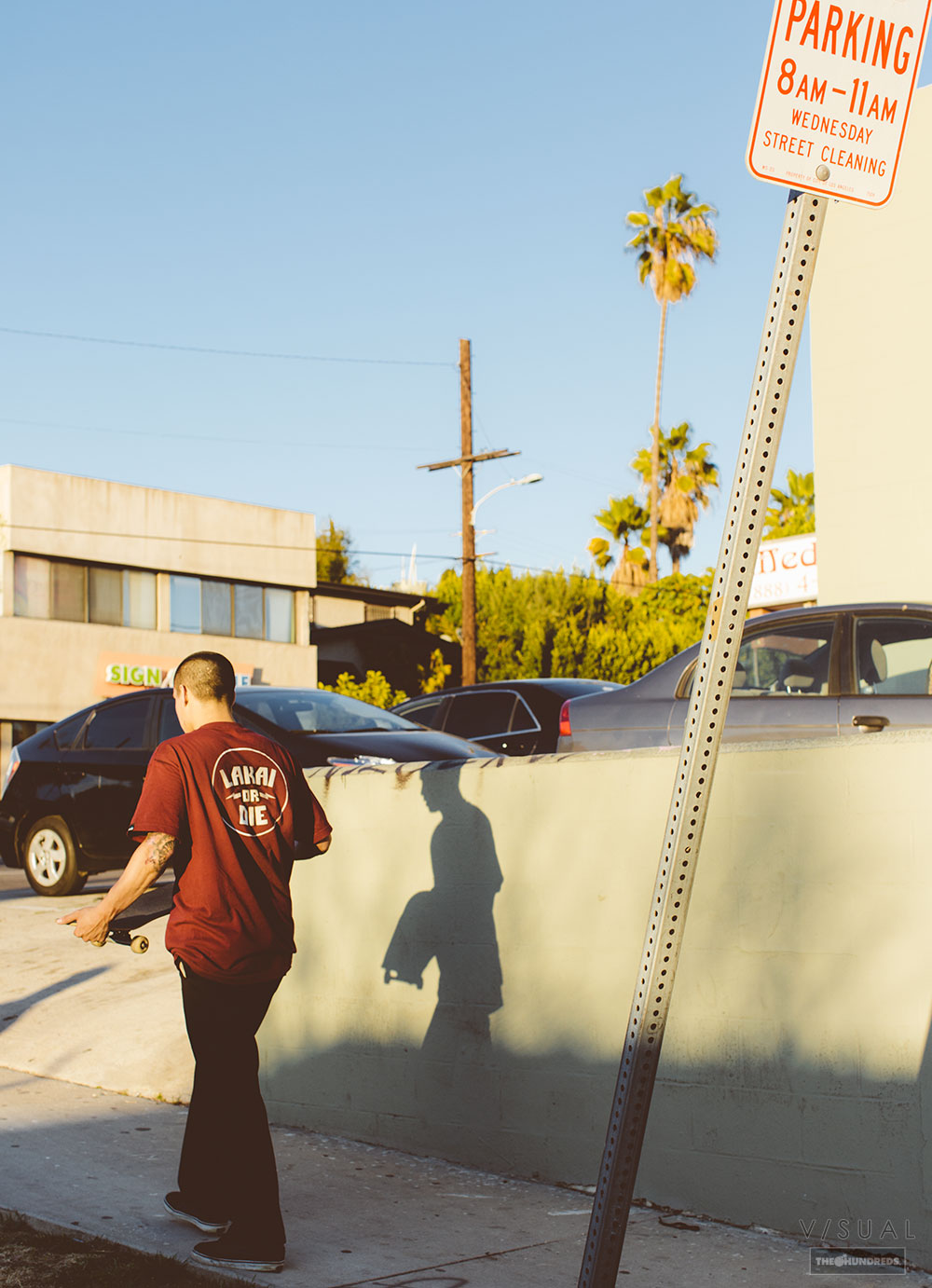