Every Wednesday, Todd, Editorial Assistant and resident film geek at The Hundreds, lets us know exactly what to watch and eat for our miserable hump day night in with “Shut Up & Watch.” So shut up, because tonight, we’re gonna watch an offensive Scottish film called Filth.

So it’s Wednesday night again. You’re relying on the last crumbs of your previous paycheck to magically make food. You’ve smelled better. Dishes definitely aren’t done. Maybe still a little dazed from the Friends k-hole you’re pretending not to be in. Basically, voluntarily being a functional and acceptable human being isn’t even in consideration. What do you do? You keep the goddamn wheels of capitalism going and pop in a movie. What movie? Maybe there’s some sort of waitress or tax consultant you’re looking to impress ­– or some shitty little nephew who you really just want to have an unforgettably bad childhood – by adding to the mental arsenal of foreign films you can make people watch and pretend to like. But to you, subtitles are for those silent doctor’s office TVs and your mid-evening depression is wearing off, so you’re getting tired and still need an energy kick instead of 13 minute foreign film landscape shots. I’m here to solve problems – the movie your hypothetical self needs is Filth. It’s Scottish, so, I mean, you can’t say it’s not foreign. Plus, it’s adapted from a novel by the same author as Trainspotting so it’s the cooler, more obscure version. And it only made $34,000 dollars in the U.S. (but 8 million overseas), so chances are only a few people in the States have actually seen this gem. Oh, and it’s also somehow insanely good while still managing to squish in as many drugs, sex scenes, and good, old misogyny as it can. So prepare yourself for 97 minutes of feeling simultaneously in awe and full of self-hatred/disgust – because it’s worth every minute. But before you start, let me explain how to get the most out of this movie because no one knows what they’re doing. 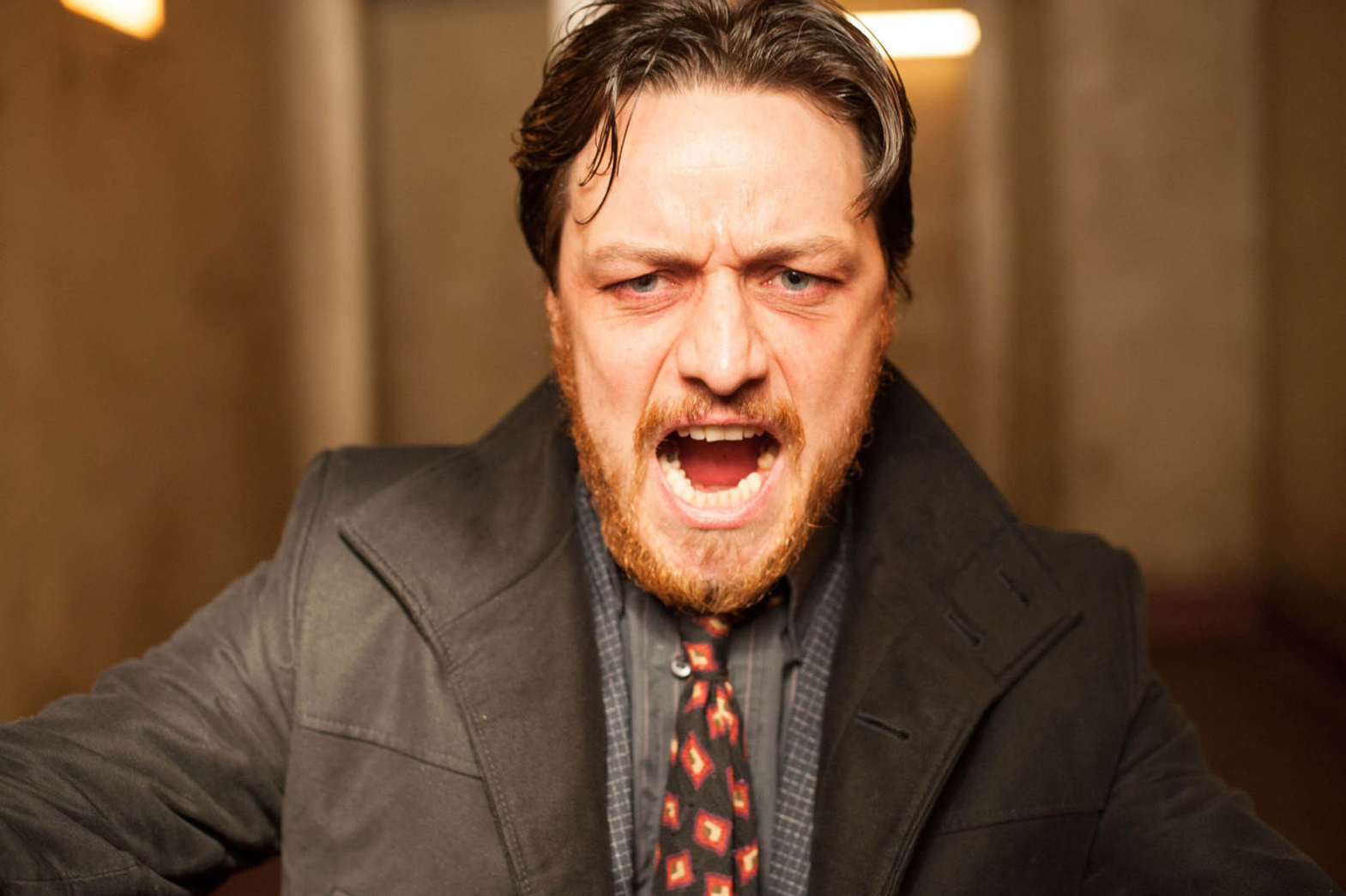 The Reason:
It’s a quadruple threat – foreign (no one can say otherwise), was a book, just obscure enough, and basically feels like a morphine IV. So you can trick people into thinking you’re somewhat cultured and knowledgeable while still being able to actually enjoy a fast-paced, well-made movie. That’s why I watched it again. Fundamentally, you got James McAvoy (X-Men: Days of Future Past, Wanted, Atonement) playing a crooked, schizophrenic, drug addict cop trying to sabotage his fellow coworkers so that he can get the promotion and win his wife back. What follows is a bat shit crazy descent into hallucinations, paranoia, underage diddlings, cross-dressing, and a whole bunch of other delightful shit. But it never loses its quick pacing/cuts or its hilariously dark British/Scottish/Irish humor throughout the whole thing – much like Snatch or any Guy Ritchie movie ever. This movie is mean-hearted down to its core, but in the best and most enjoyable god damn way possible. And on top of that, it pulls all this grimy business off, completes its arcs, explores its themes, and delivers you a poignant message – all without getting over-the-top experimental or resorting to upping the shocks by shooting the movie lazily with no lighting and a handy cam but calling it “real.” I’m looking at you Kids. No, I love Kids. I could go on about the reasons you need to watch Filth, but I’ll save that for the “What to pay attention to” thing below – if you get that far.

How to Watch:
You can stream the movie in these four places:

But I’ll say it every time – if you’re only streaming movies, you’re doing it wrong. There’s no real way to get Blu-Ray quality to stream, so you’re wasting a DP’s hard work and watching the Netflix loading wheel get stuck at 25% on the most important line gets old quick. Also, 4K screens are pointless for now, just thought you’d like to know and get your money back. But before you pop this one in (or click it in? Streaming’s no fun) you’re going to want to be sure you’re at your lowest low physically and emotionally. You’re about to watch James McAvoy redefine the meaning of “scumbag” one perverted move at a time, so why not put yourself in a mental state where his irreverence actually makes you feel better about yourself? I suggest a 20 to 30 minute perusal of eFukt and sites like it, guaranteed to make you nice, numb, and jaded like everyone else under the age of 16 somehow. Follow that up with just enough pictures of your ex to initiate an intensely mental revenge scheme and dig deep for those daddy issues that you finally blocked out last Christmas with enough prescriptions to make a walrus limp. Really, just do whatever puts you in a warped, degenerate state of mind that you know you’ll feel ashamed about and deny in a bit. Because you know being covered in what I call a “dense shame glaze” only lasts for about 6 minutes, or until you put your pants back on.

Now does this movie call for IMAX mode where you scoot your couch up a few feet towards the screen? Not really, but you’re going to do it anyways because you’re going to need to be that close to James McAvoy’s face to pick up on how low-key amazing he is. Plus, the movie is filled with all sorts of different bodily fluids flying everywhere to make you uncomfortable – so let it accomplish what it set out to do by sitting way too close. Of course, turn up the volume only 2 notches more than you’re used to or what your roommate allows at night. You’ve already caved and put in one of the most offensive movies ever, so why not take it as far as it can go? That’s what the director, Jon S. Baird certainly did. Just give in and let yourself soak in Filth.

What to Eat:
Nothing. You should be eating nothing during movies, I can’t stress this enough. But you’re going to eat anyways because, by this point, you’ve allowed yourself to be at your lowest low for Filth. So a job well done and I’ll allow your disheveled self to eat without anger. But what to eat before or during Filth? The only acceptable answer is a chili cheese dog from Wienerschnitzel. Make that like 5. No food is better in helping develop a good, hefty shame glaze or more certain to leave you a gassy, bloated creature that has taken over the body of your previous self. Now, you have chunks of mystery meat hanging from your nostril (somehow) and deeply wiped into your sweat pants and continuously stained “home” shirt. You’ve never made me more proud and you’ve never been more ready for a movie. 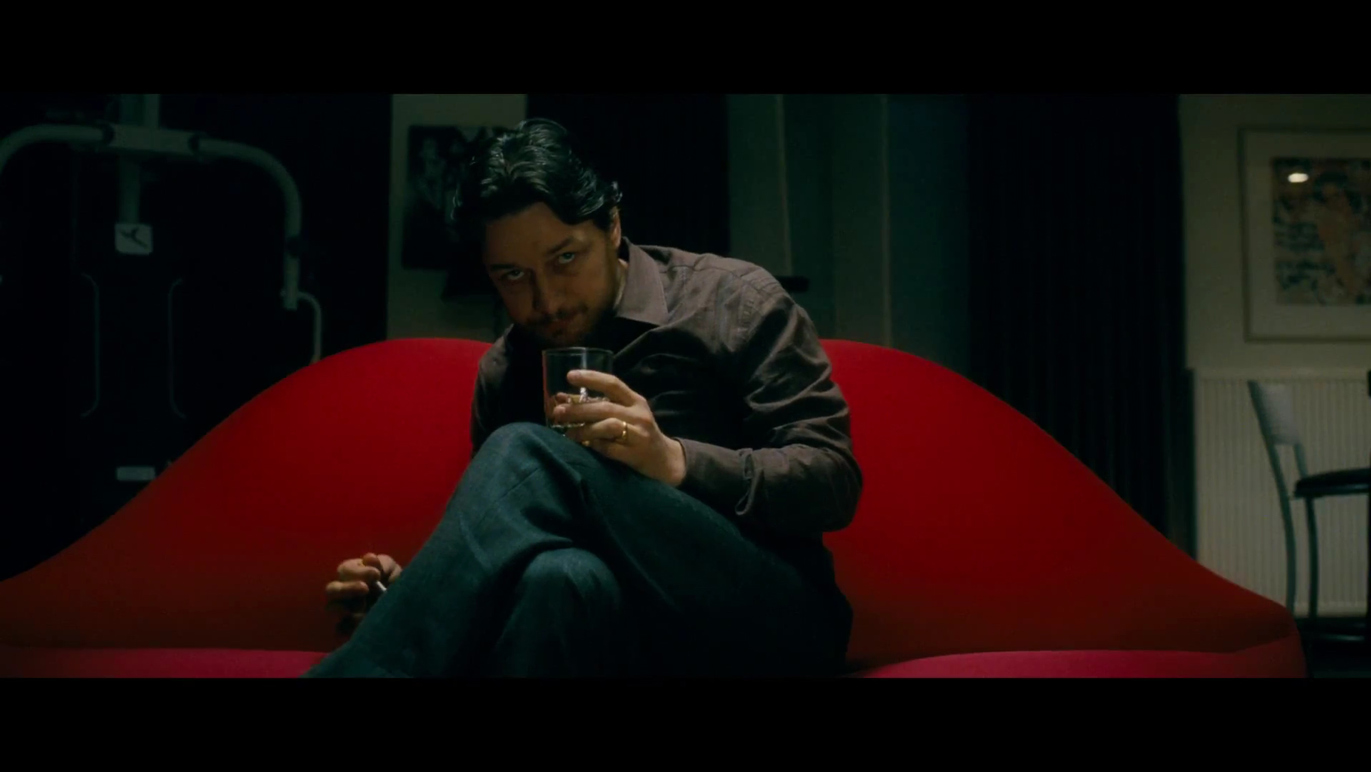 What to Pay Attention to:
James McAvoy, that’s what you pay attention to. This man goes from Oscar bawling his heart out while winning yours to actually making you wildly uncomfortable, scared, and full of hatred for him in about 8 seconds. I shit you not, there’s a few scenes where he literally goes from crying to murderous schizo with only a small blink between. This movie alone proves it’s just a waiting game for his Oscar now. Plus, he puts everyone from Trainspotting and Wolf of Wall Street to shame by diving deeper into both emotional spectrums and still managing to look elegantly disgusting. You also pay attention to the fact that Trainspotting started this shitty, “gritty” look at the sex and drug scene in the underbelly of City X trend that everyone except high schoolers got sick of real quick. Filth made it slightly fresh again. Sort of.

Then you’re going to note the cinematography and its little secrets. When James is in a location, all windows are blown out, so outside doesn’t exist, how he got there isn’t really recalled, and what time it is, is nearly impossible to figure out. There are plenty of badass, subtle tricks that Matthew Jensen uses to aid in James’s arc. Like shooting the climax like a music video or slowly shooting his hallucinations more and more tightly until you’re right there looking at a distorted pig’s wrinkles. There are plenty more, but I’ll let you discover them I guess.

Plus, this movie pulls you along with hopes of seeing Imogen Poots topless, which you totally don’t really, but it’s enough to keep you watching and praying. Also, I just added this movie to the incredibly small list of films that work with lyrics in their soundtrack. Formerly only Garden State and Inherent Vice were successfully able to pull it off, but now there’s a third. Now we know Clint Mansell (Requiem for a Dream, Moon, The Fountain) can not only compose, but has great taste. Although, the music is a bit much at times – though with James’ spiraling character it actually works by creating a frustrating clusterfuck of too much going on. You start to feel like him.

Lastly, it had some great emotional beats and characters it was able to explore, but the fact that it was just BARELY not grounded enough actually hurts its breaths of grounded filmmaking. Not that the emotional beats don’t work, it’s just impossible to explore them in depth without sacrificing the outrageous tone it spent the first act building. But you get inside of James McAvoy’s head just enough for satisfaction without the movie dragging even for a second. Props to the editor because pulling off a story that is all over in time and reality, but still not allowing it to be confusing deserves a standing ovation. Flashbacks and narration rarely work, but this movie is basically just flashbacks, flash-forwards, flash to a different reality, and narration.

Discuss:
Offended that I picked a wildly misogynistic and inappropriate movie? Agree with the staff review on rogererbert.com when they gave it 1 star? By the way, that’s less than Roger Ebert himself gave Night at the Museum 2, so I feel like there’s a strange, personal vendetta against Filth since it’s undeniably a better made film than Night-at-the-fucking-Museum. Or maybe you just need help wiping off that shame glaze – whatever it is, I’m here to discuss and prove you wrong in the comments below.

I’m also going to leave you with the trailer because only that can make you see the looniness of Filth. And it has the catchiest song of all time that was stuck in my head when the movie ended, even though it’s totally not in the movie at all.