This past weekend, we had a few things going on in the city. One of the major events was Lollapalooza, which I had to stream since I was working most of the weekend. The other event was a group art show put together by Art Alliance and curated by Shepard Fairey, that ran alongside the festival. Fortunately, I had a chance to take some time to go to a early preview of it before it got packed with people. The show was held at the Gallery 37 space, which is right in the middle of downtown.

In an interview with the Chicago Tribune, Shepard Fairey said that all of the artists curated in this exhibition – called “The Provocateurs” share a common thread of coming from DIY backgrounds. With artists from Futura to Mark Mothersbaugh to RETNA and Invader, Fairey told the Tribune that the show running simultaneous to Lollapalooza made sense because of how “democratic” music can be, and how he’s always been drawn to DIY for this same reason. 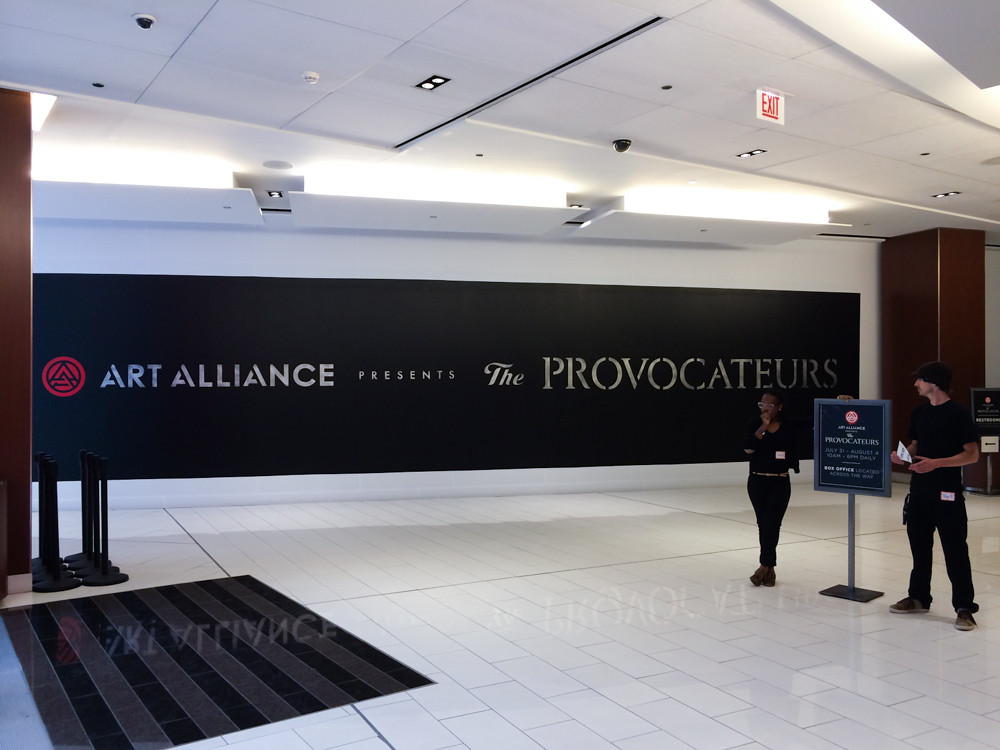 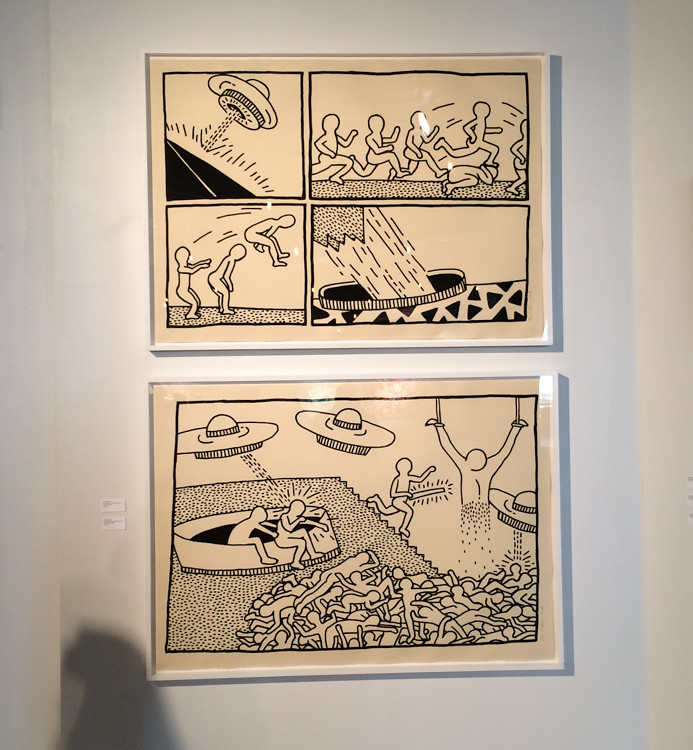 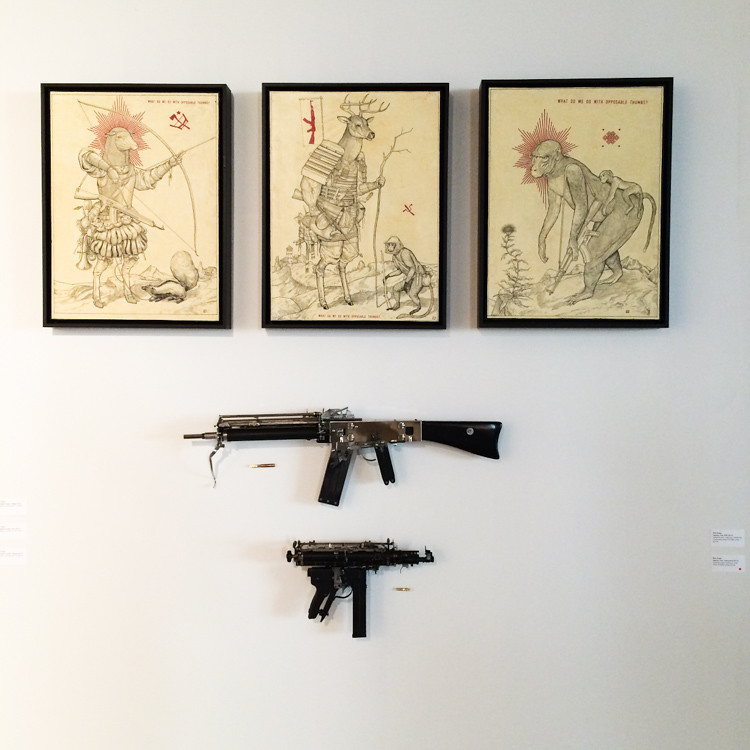 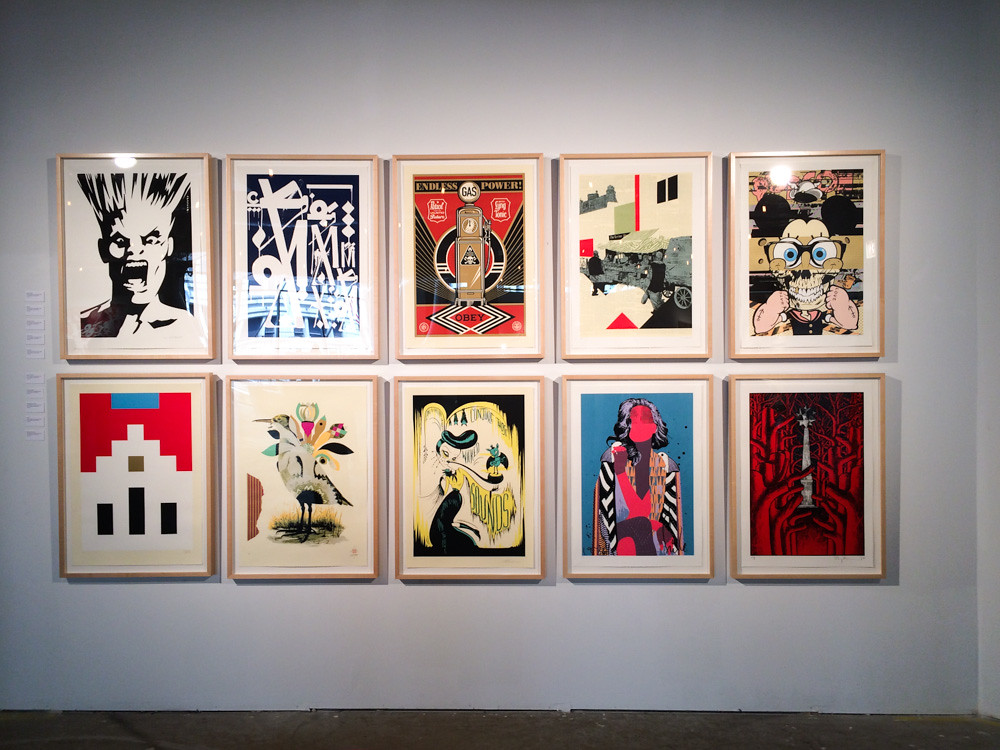 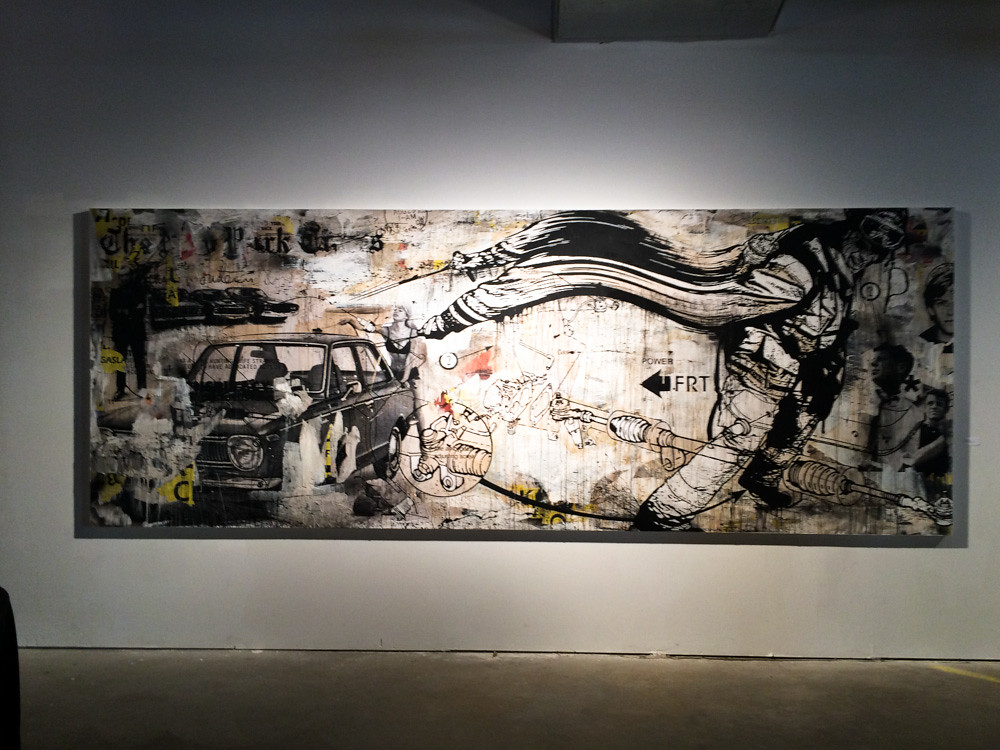 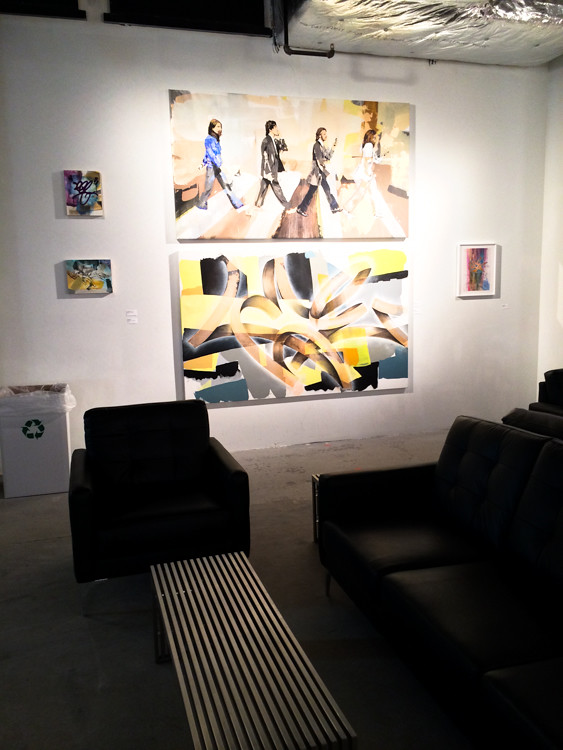 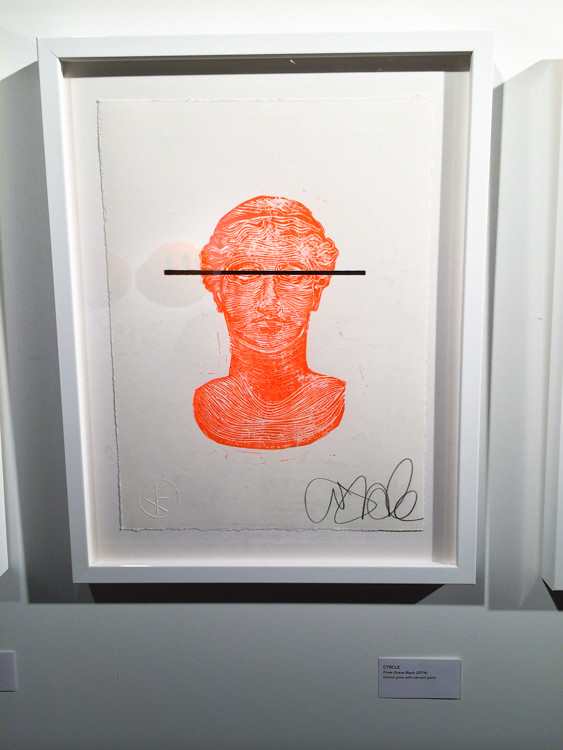 Lee Quinones, one of the leading artists coming out of the ’70s New York subway graffiti art. 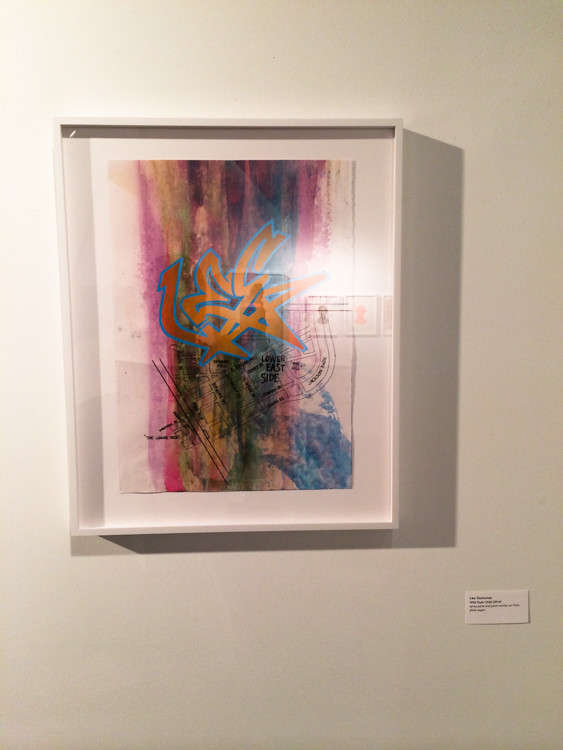 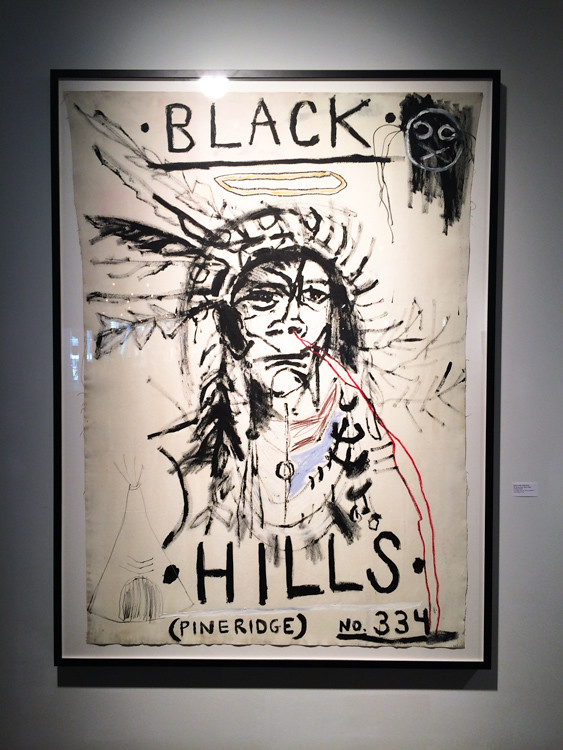 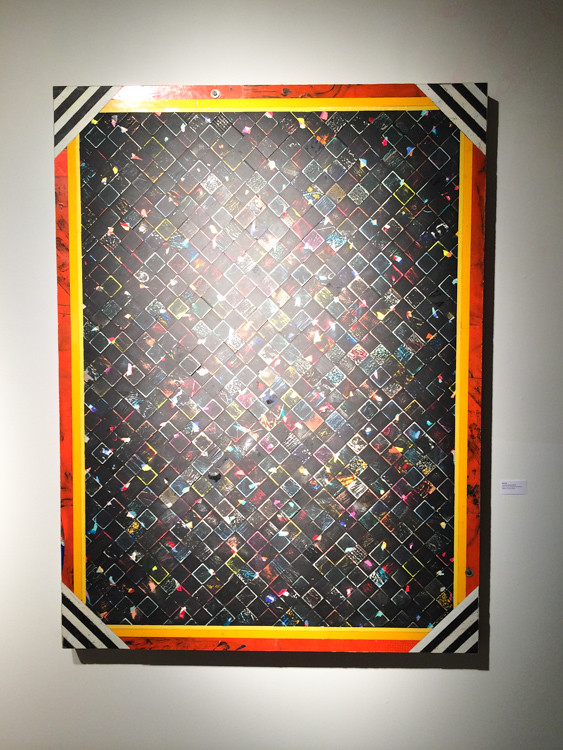 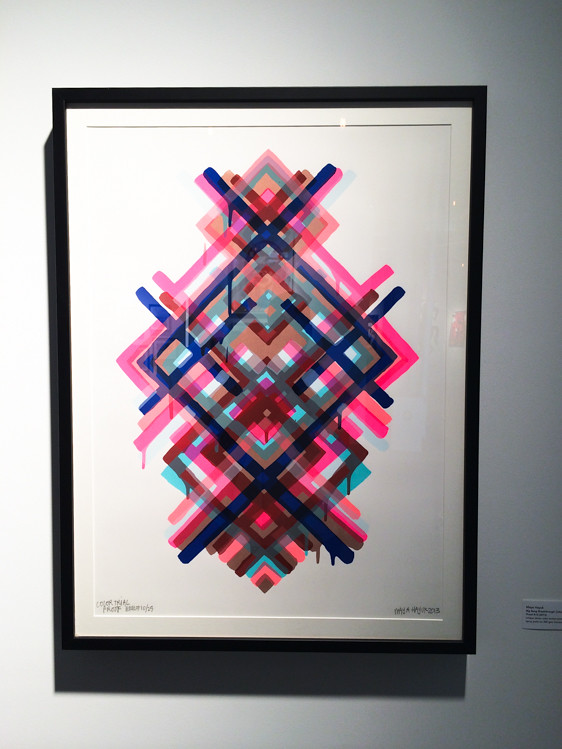 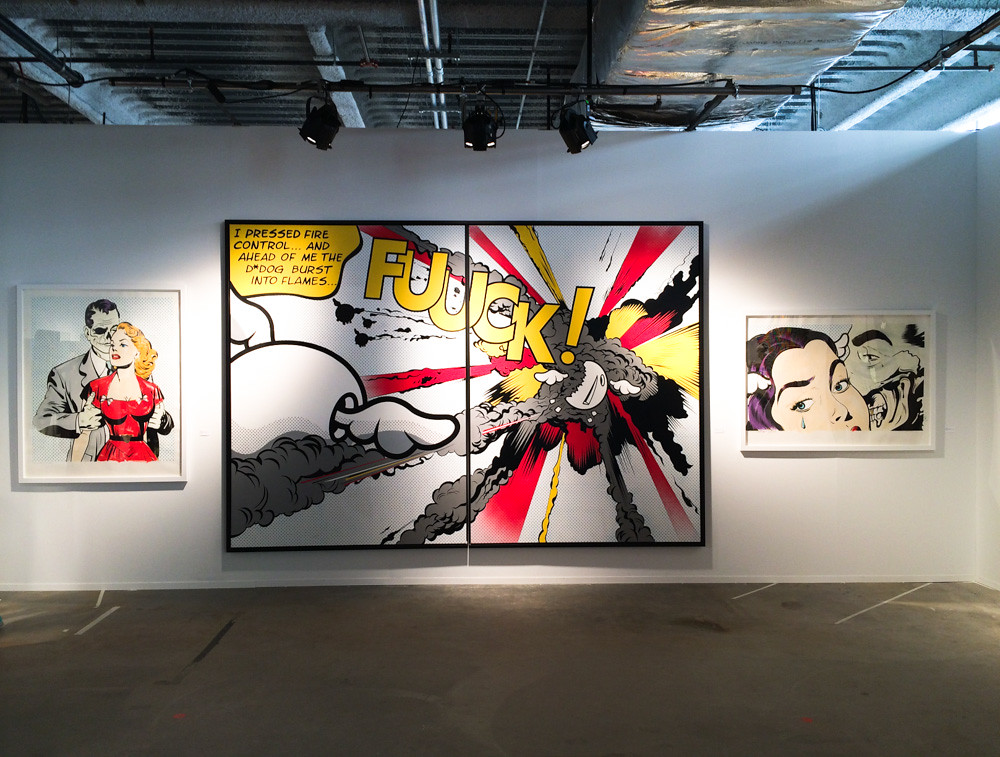 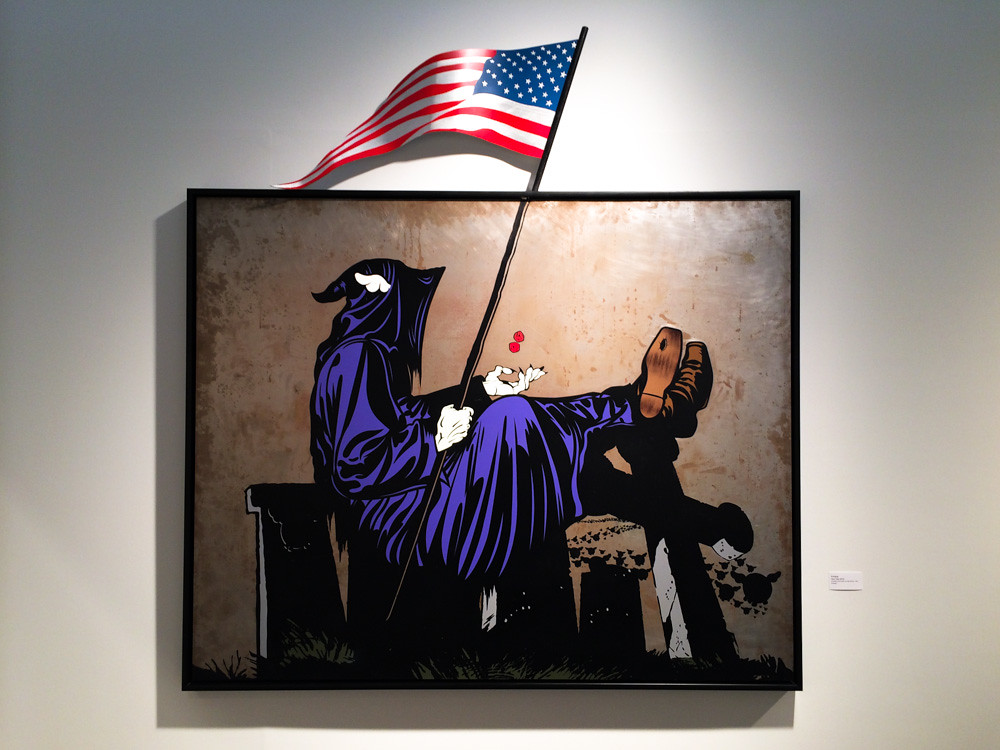 This was one of my favorite pieces of the show. All of the decks were made out of old school desks from the ’20s.  The details are crazy and I can only imagine the history of the wood. 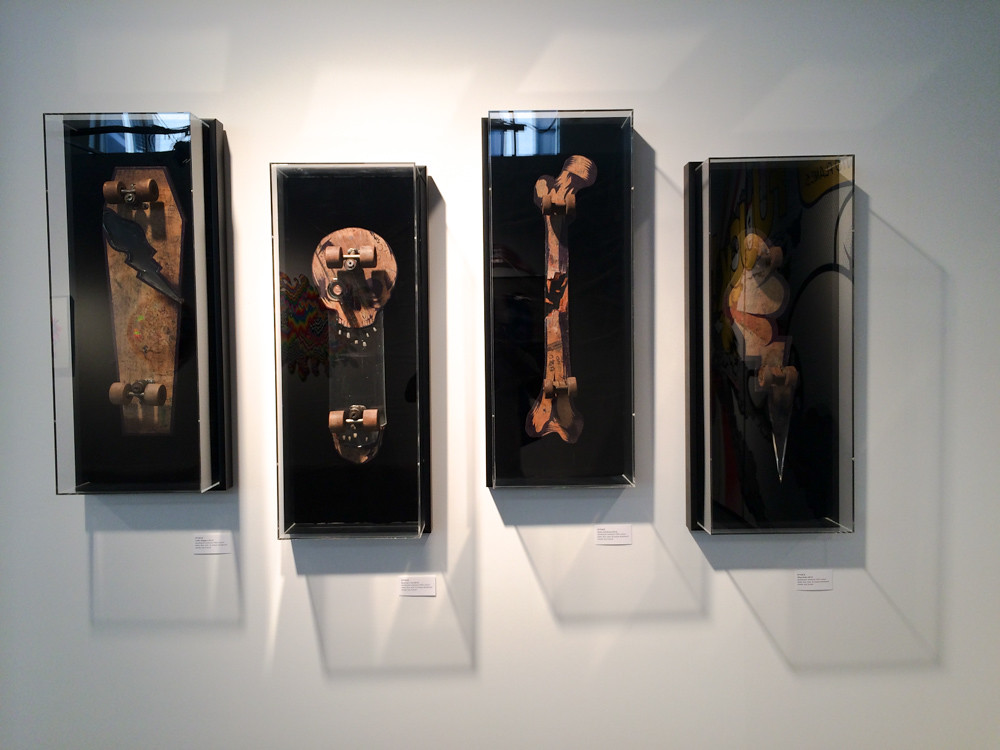 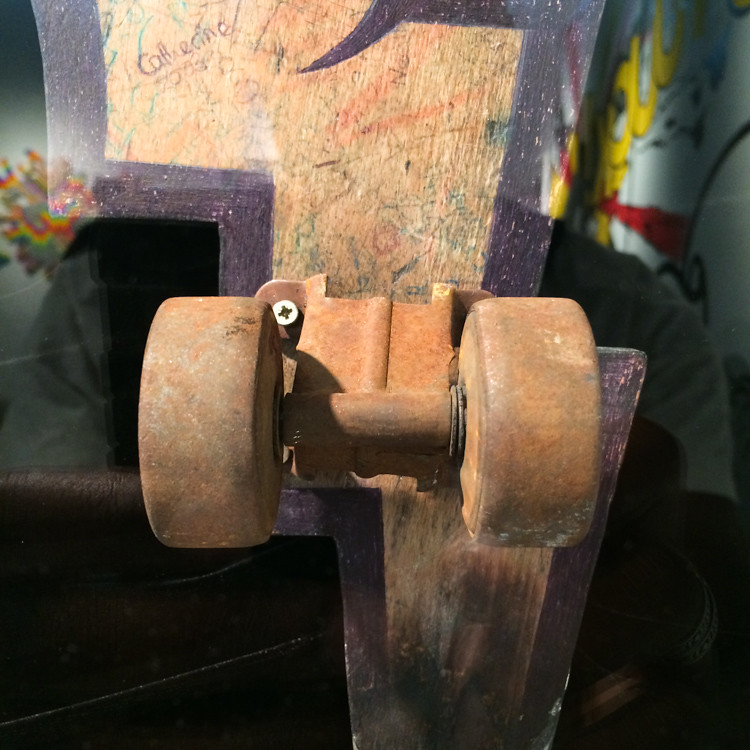 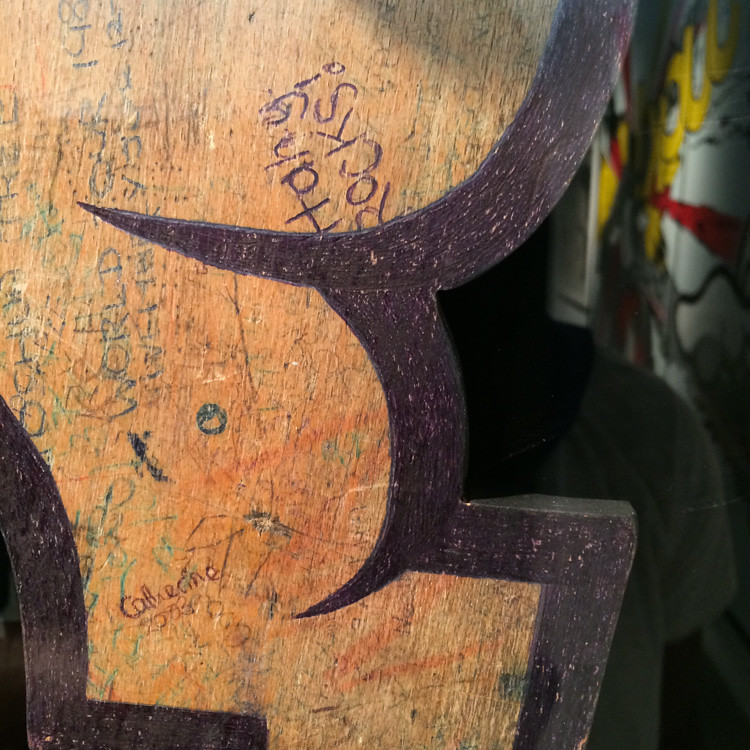 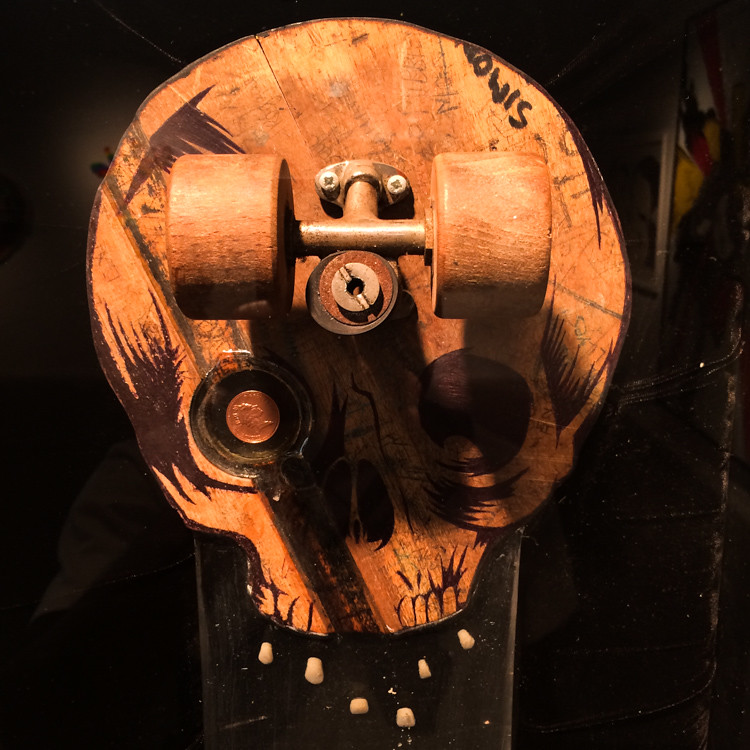 These next two pieces by Winston Smith were two other favorites.  I really like his style and the commentary is very on point. 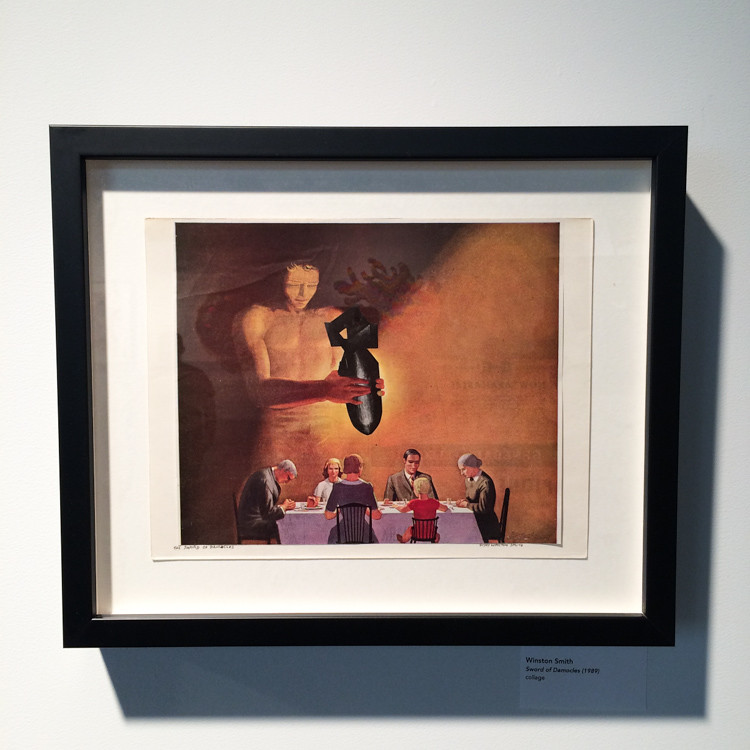 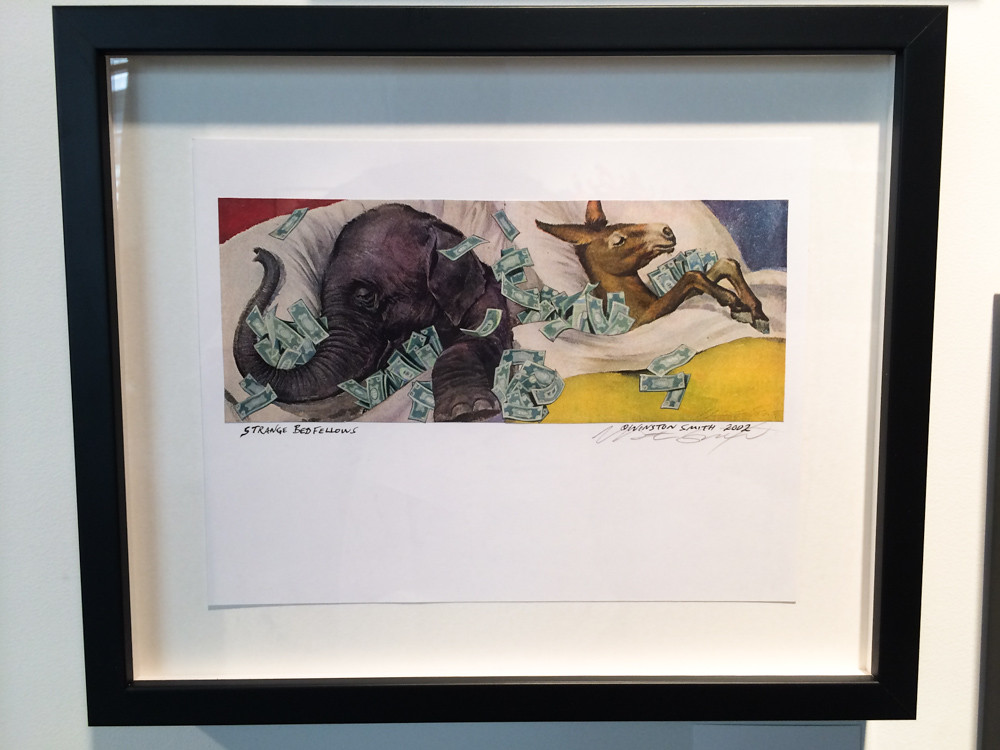 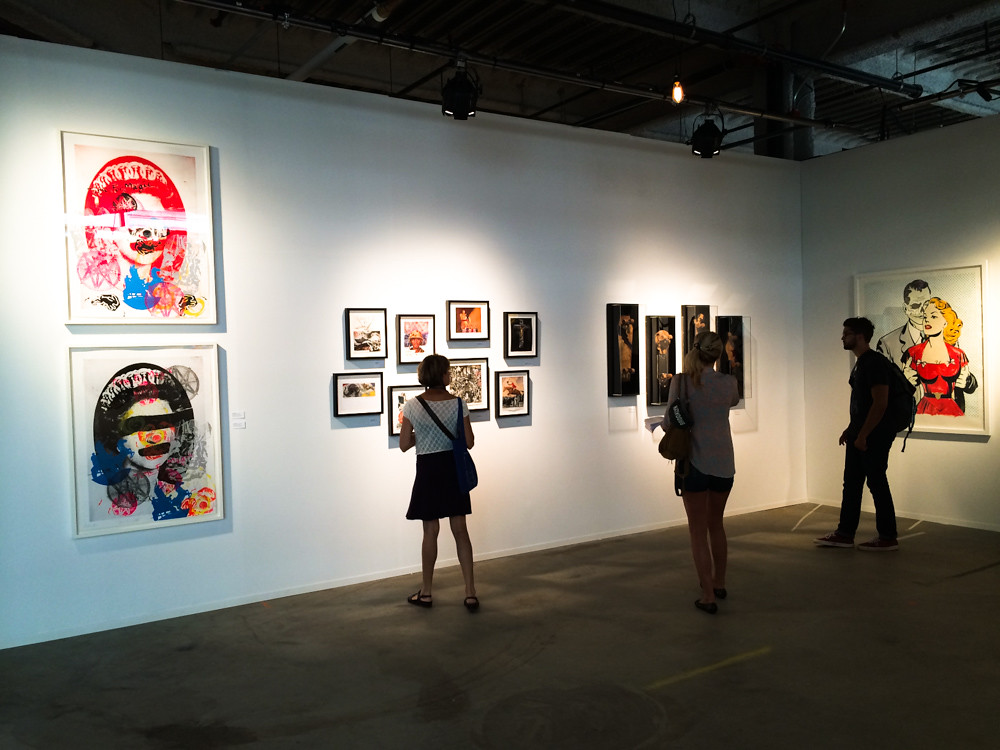 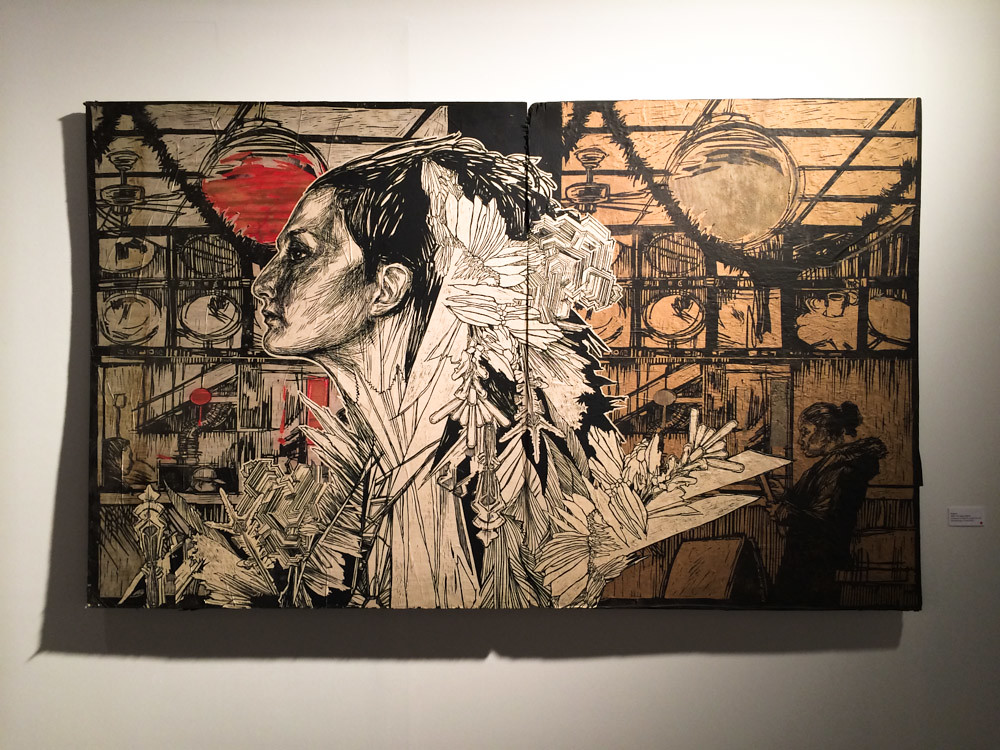 I’ve been a fan of Haze’s work for a while, I’ve always appreciated the subtly and cleanness but it still jumps off the wall at you. (Sidenote: How many of you remember the watch Haze did with Know1edge? Maybe I’ll make that a future post.) 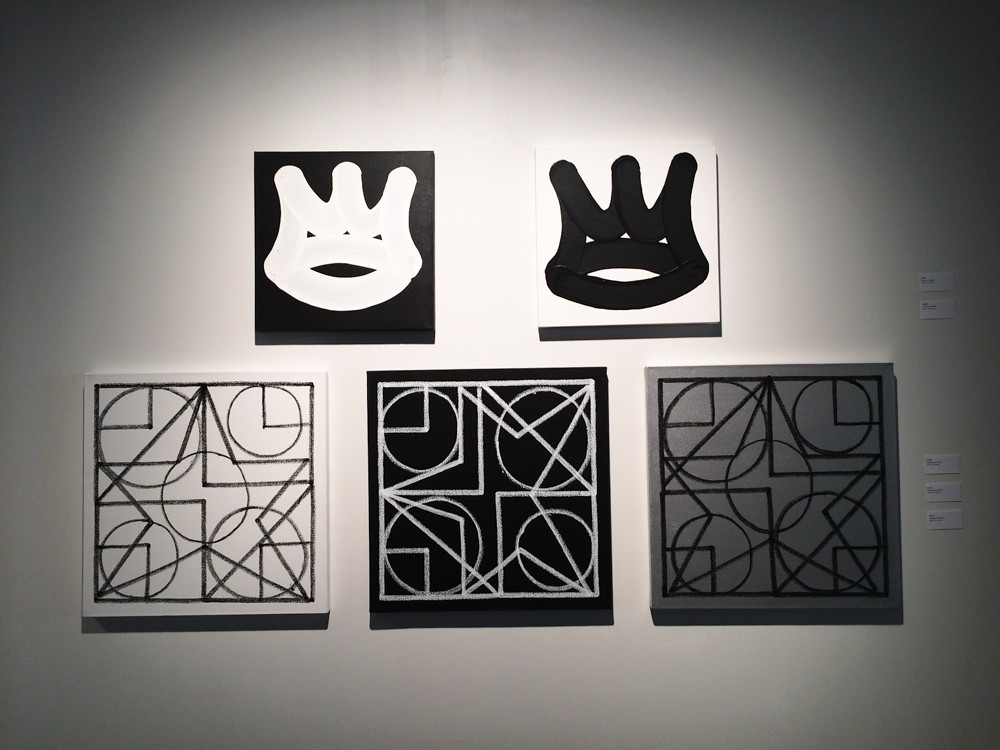 How and Nosm, twin artists. 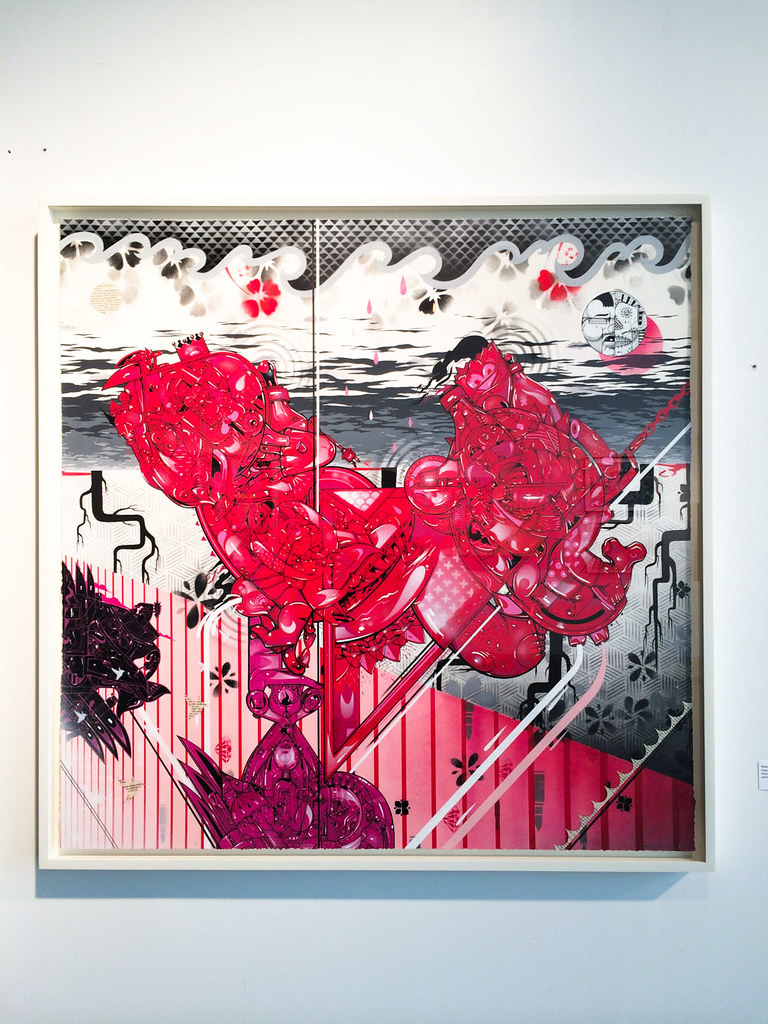 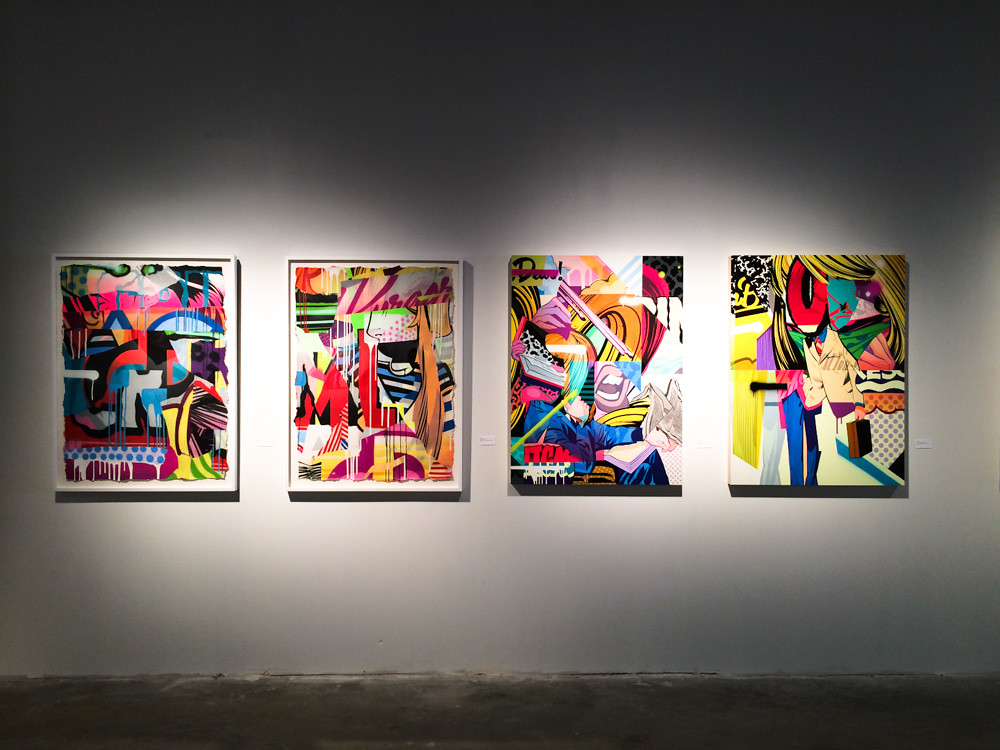 It’s also always ill to see Estevan Oriol’s work in person and I’m glad photography was represented in this show. 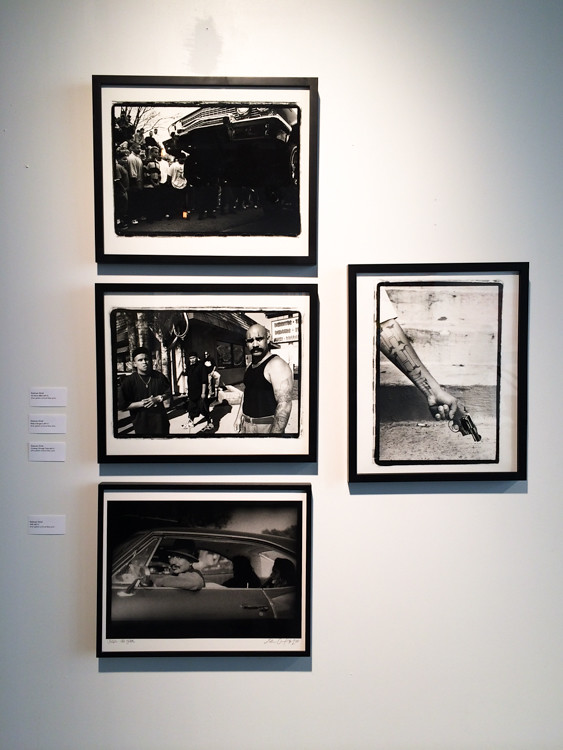 I’m not sure what other cities this show may pop up at but if it does come to your city you should definitely take a look.  This was only a portion of the work that was shown.