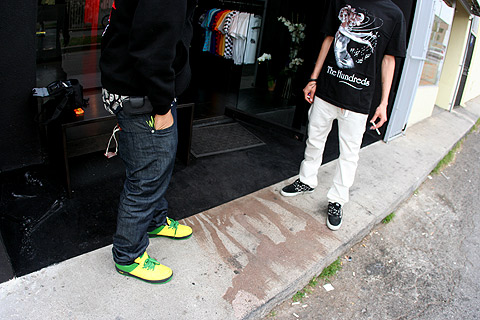 Tony figured out a way to be able to bathe and still keep Morrissey’s handwriting on his forearm (hint: think ink). Too bad he forgot the whole bit about taking showers. 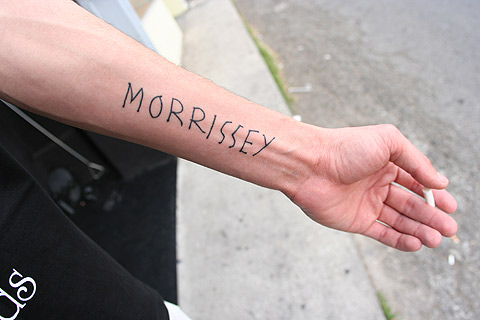 Comedian Jo Koy (third from right) just got off tour with Carlos Mencia, and is about to head out with Russell Peters on another tour. First show is tomorrow night at the Mandalay Bay in Vegas. When he’s not stroking his cellphone in Amp’d Mobile commercials, he brings his entire crew to rob Fairfax. 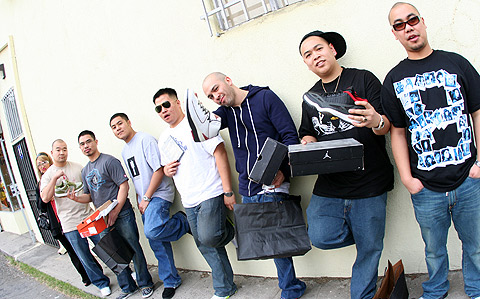 Back when we did our first Magic tradeshow a few years back, Raad and Nima from Digital Gravel were like the cool jocks on the playground picking their teams for softball. Too bad we were the fatties with braces that never got picked and had to go play tetherball with Freddy Mulligan, the kid who farted in class. Well look at us now, Einsteins. We’re still fat and we suck at softball but at least we got to make the first Digger’s Society shirt.
And Freddy Mulligan got a sex change and is super hot now and Ben made out with him/her the other night so WHAT. 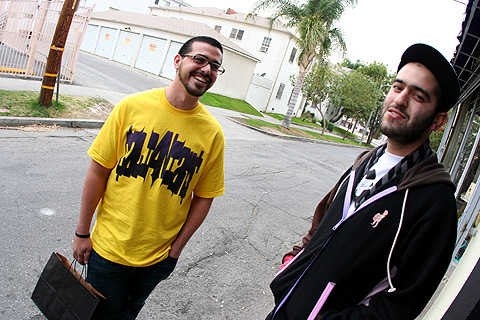 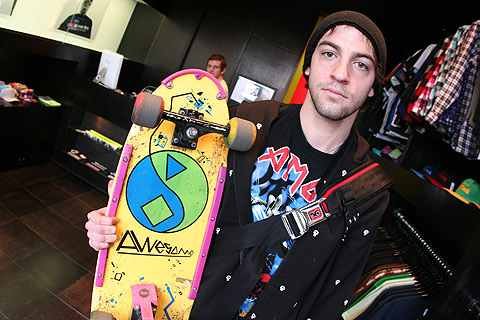