If you’ve stepped foot into The Hundreds Los Angeles anytime over the past year, chances are you were helped by our man Umi here. Ben and I first met Umi a couple miles away at The Beverly Center. This was years ago, and as we walked into the store he was working at, he saw the JAGS strike on the back-pocket of our denim and curiously asked, “You guys from the Bay?” We were a little confused, but he continued, “Yeah, aren’t those The Hundreds jeans? The only people I see rock The Hundreds are from the Bay.”

Now WE were the curious ones. “What? We’re an LA brand,” Ben responded. Umi wasn’t shaken. Ben: “Yeah, we just opened up a shop not too far from here, you should come check it out.”

Little did we all know that a year later, he would be working in that store. Furthermore, becoming a fixture at THLA. 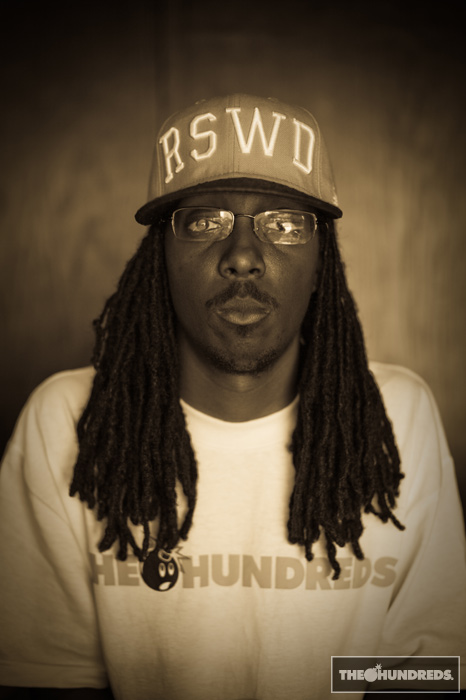 Umi’s last day at THLA, and in Los Angeles in general, was today. As of this very moment, he’s in a car driving north, 20 hours through Nor Cal, the mountains of Oregon, and then back home to Seattle. He’ll be missed! But we know that he’s gonna be the big fish in the small pond up there. Godspeed brother, and thank YOU for your service.