So it’s becoming a tradition now that everytime we’re in Hong Kong, we go to this local favorite restaurant. I have no idea what it’s called but the name is right there on the sign for you. 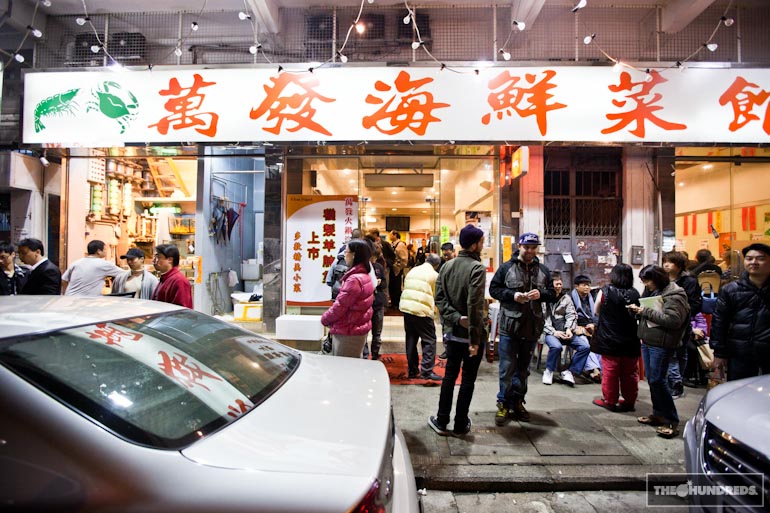 It’s all neighborhood blue-collar workers inside. Mostly tables of men after a long day’s work, splitting beers and getting rowdy. The food here is incredible, everyone’s ordering different dishes and loving life. We’re bordering on Chinese New Year, so everyone’s in a festive mood. Basically how it gets in the States around Christmastime. Bottoms up. 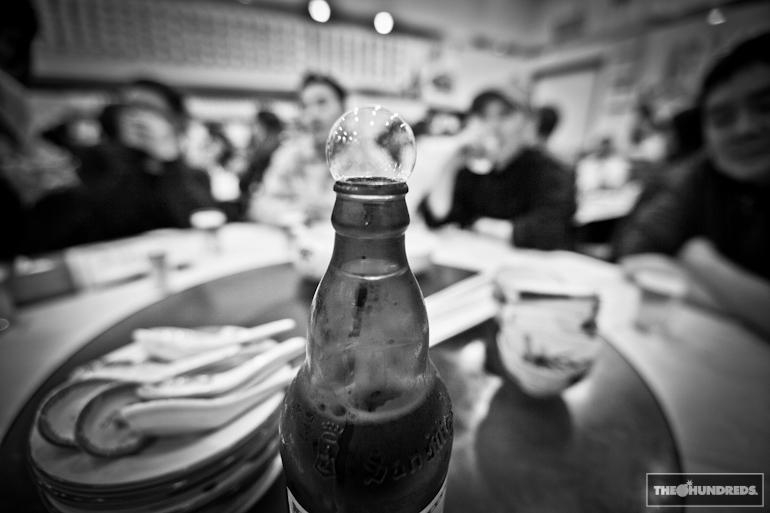 Pat, Micha and I ate with our Subcrew family. We’re making some big moves with them over the next few years into China. Kobe explained a lot about social networks in China. Their version of Twitter is called Wei Bo and The Hundreds has an active one going already. Facebook is blocked in mainland China, as is Google, and any other website that is so sizable, it’s considered a threat to the Chinese government. So I guess that means thehundreds.com is blocked too LULZZZ 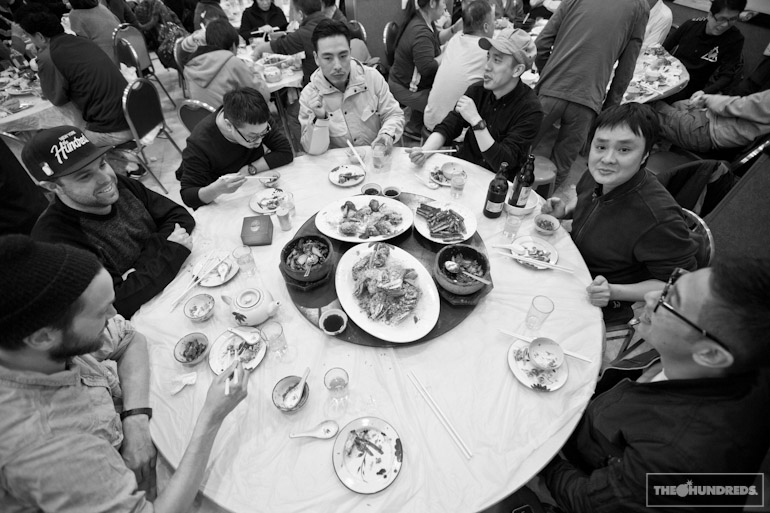 And the main reason we come here… the Mantis shrimp. I explained my love affair with these animals a few years ago when we were here. 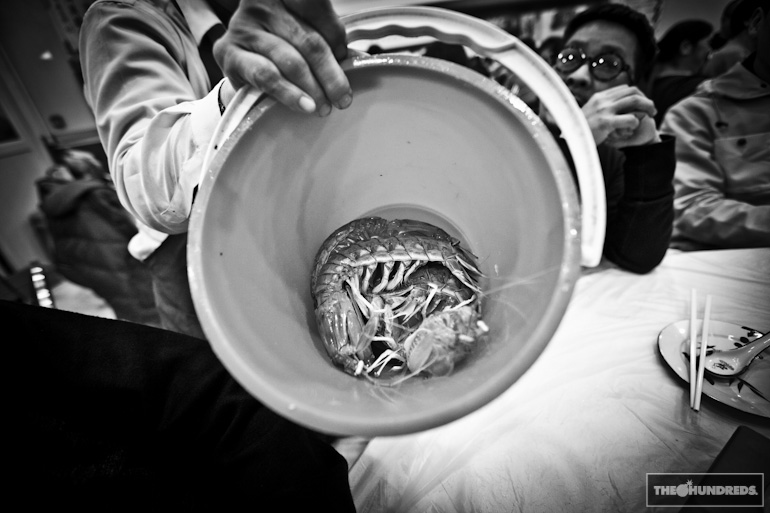 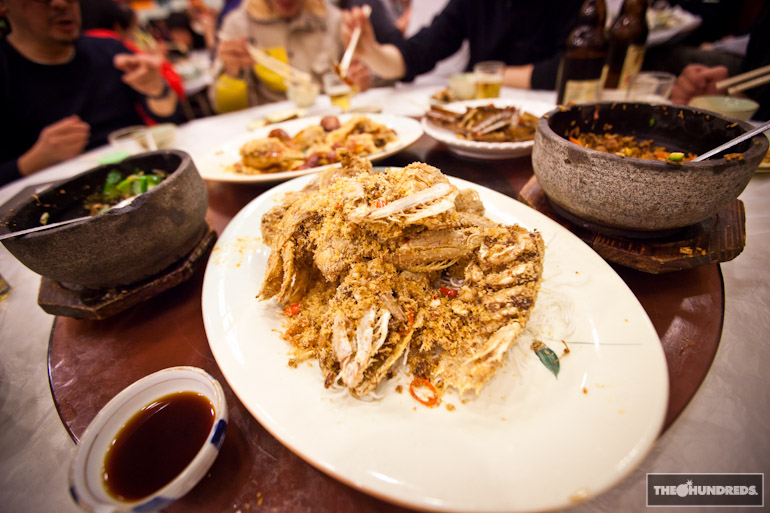