Video :: Ron English on His Latest Show "NeoNature: We Are the New They"

Ron English is an enigma. He studied fine arts in his undergraduate career and became one of the early leaders of the street art world, painting publicly (and illegally) since the ’80s. Since then, he’s applied his education to creating dynamic, thought-provoking, and (sometimes) straight-up confusing works. But that’s part of the fun of viewing Ron’s art; it’s playful, can be mildly off-putting, yet your eyes can’t seem to tear away. “The only criticism of myself is that I have a tendency to overwhelm people,” he says. “I ask people to take on too much.”

His most recent show, NeoNature: We Are the New They, continues pushing the line of what art, pop culture, and evolution is. Ron doesn’t abide by the laws of the nature. Instead, he plays his own God. His works fuses animals together—from chickens and t-rexs, to rhinos and unicorns—and begs the question that he himself poses: “What if evolution went this direction instead of that direction?”

Learn about the unexplored road of evolution through Ron English’s eyes in our interview below, and be sure to check out NeoNature: We Are the New They, which runs at the Corey Helford Gallery until January 9th, 2016. 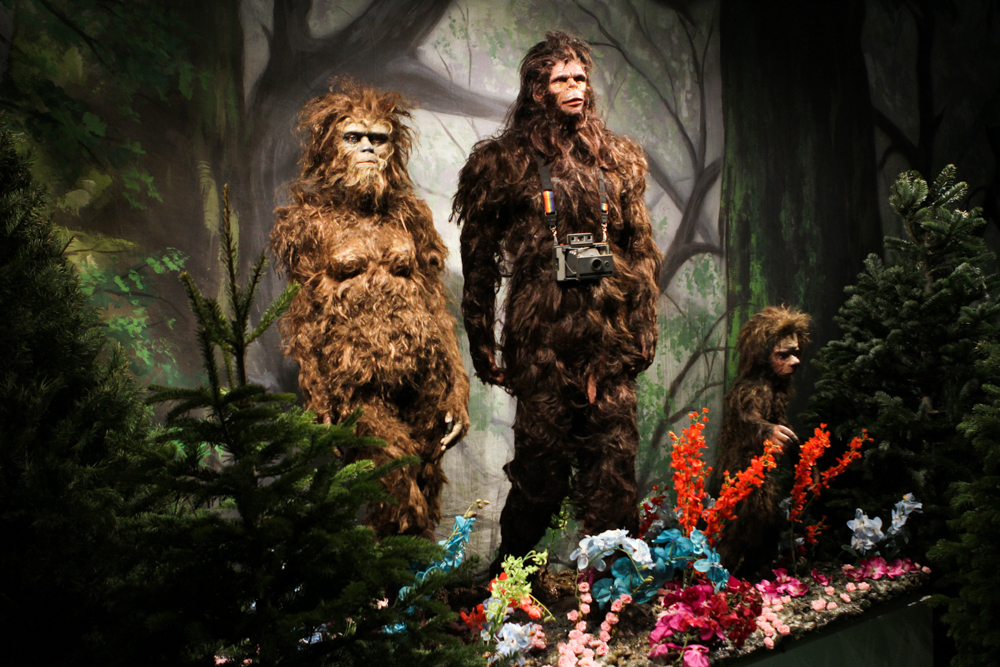 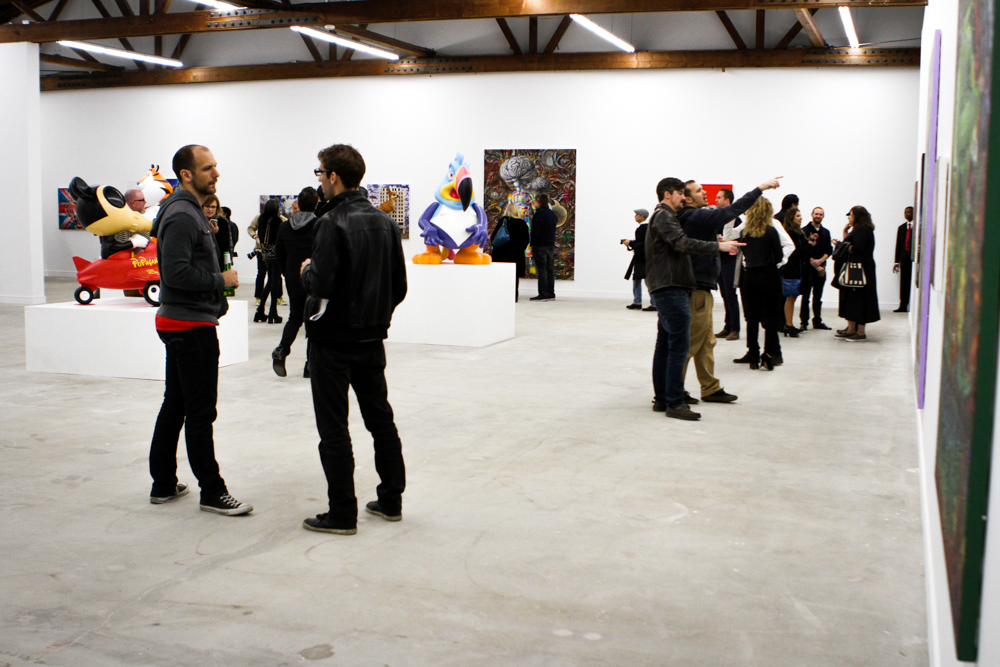 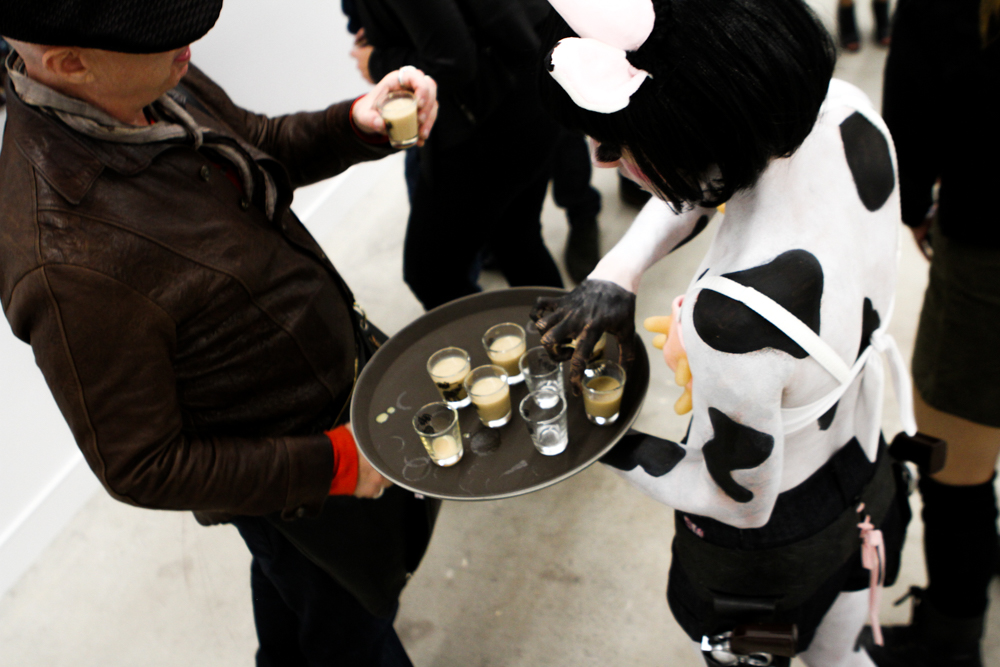 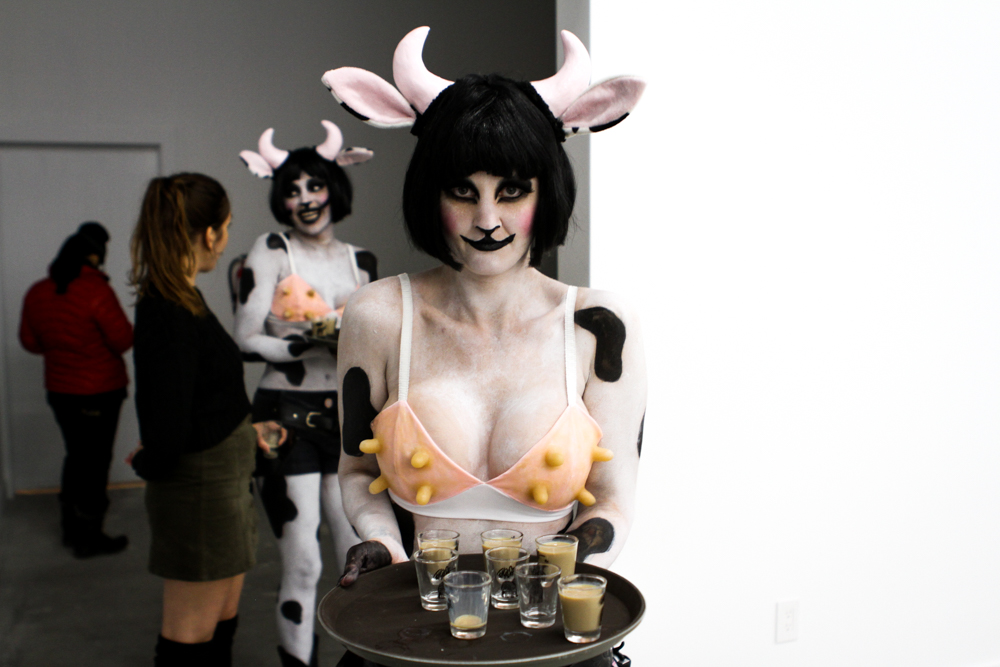 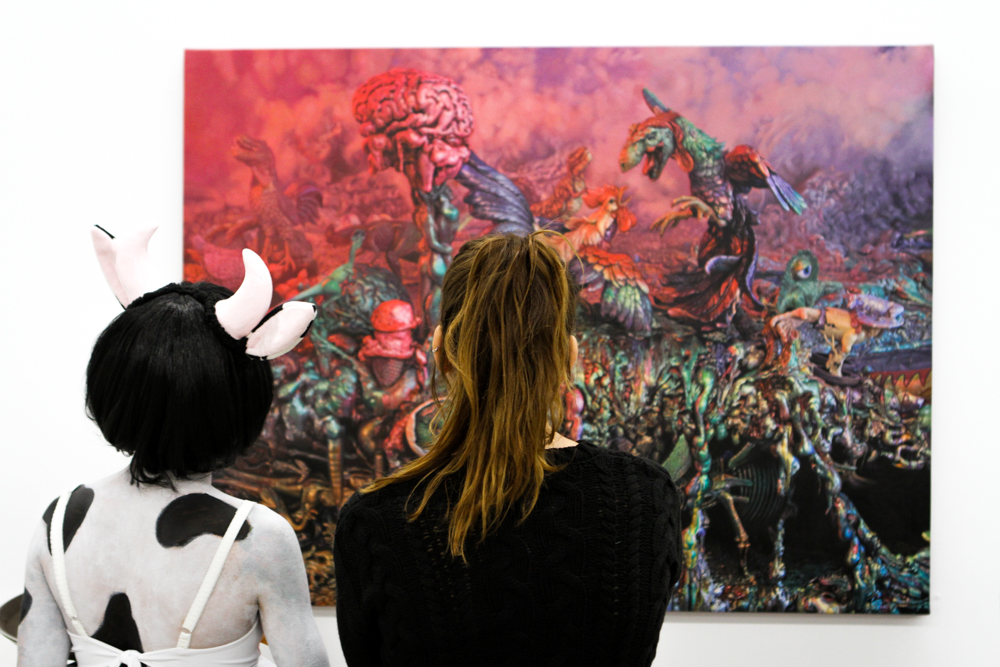 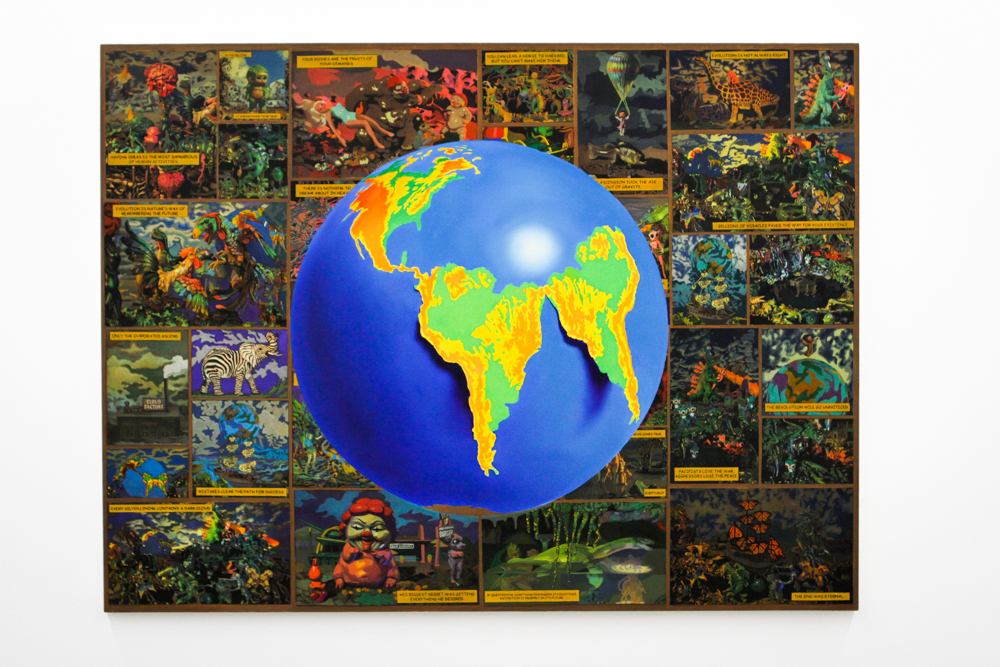 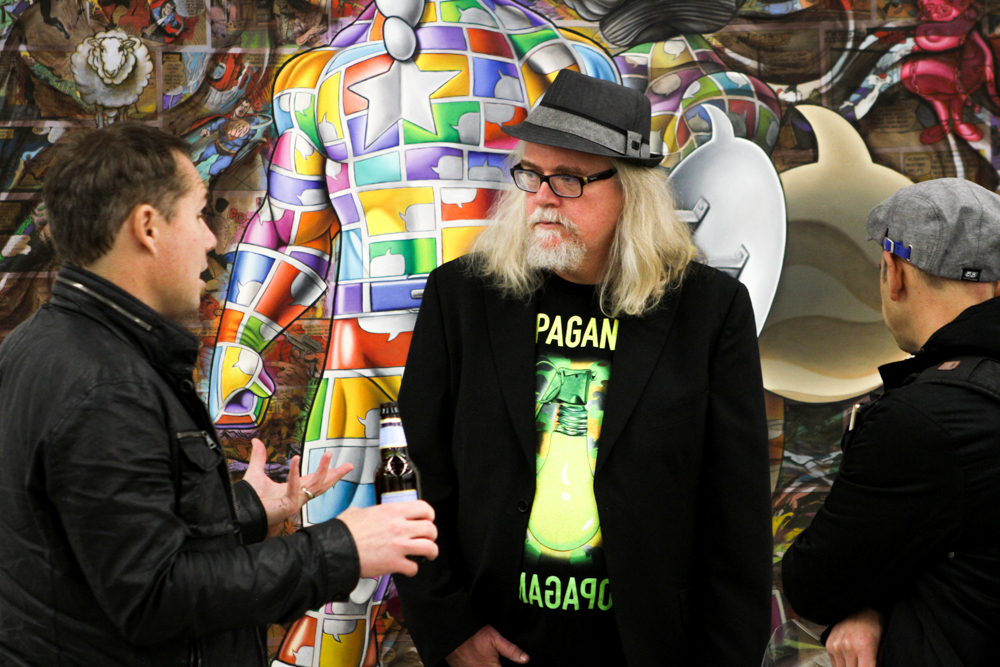 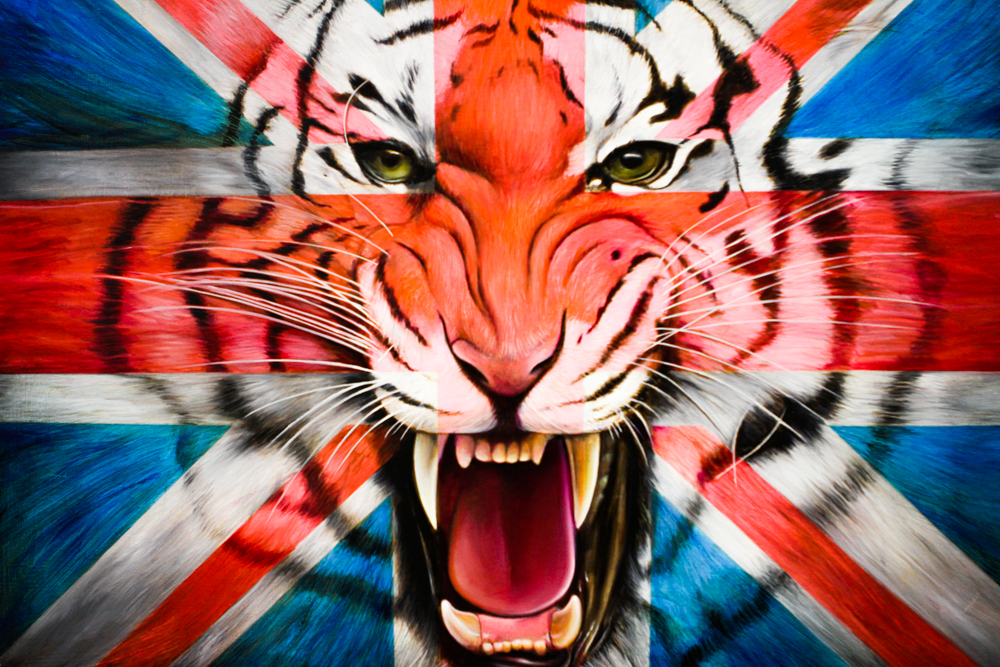 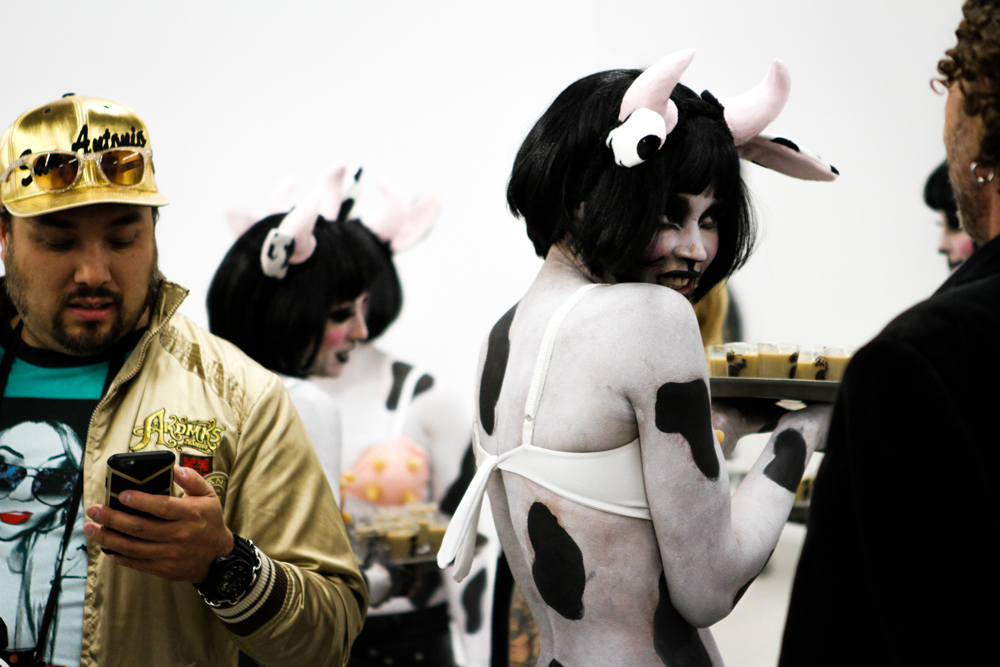 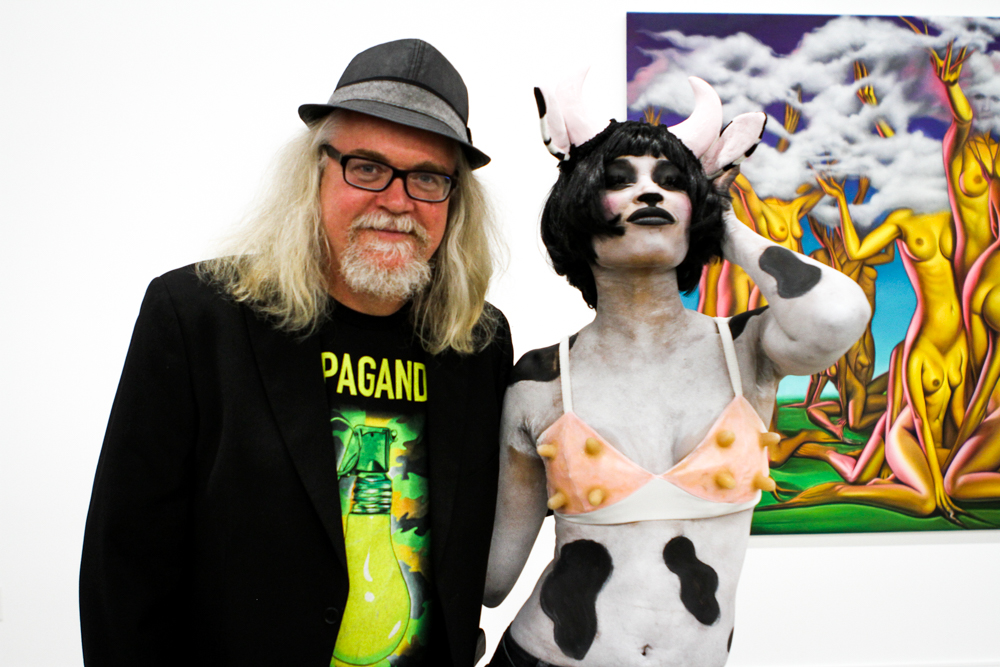 THE HUNDREDS by RON ENGLISH