At the outset of Harajuku, gangs of Japanese greasers gather in Yoyogi Park on Sunday afternoons to wrap their boots in electrical tape, pop in the oldies, and dance. It’s a pretty awesome sight and well documented in Peter Bjorn and John‘s “Nothing to Worry About” music video last year. These are the same dudes in the film, they’ve been keeping their passion for 1950s rockabilly afloat since the ’70s. The subculture eventually died out decades back, but the original crew is still pushin’ through, even though some are as old as your dad. They keep true to the culture also,.. they don’t necessarily appreciate the gawking tourists and aren’t doing this as a run-of-the-mill street performance. Basically, don’t mess with ’em. If you watch my Youtube clip, I even caught a little scuffle on tape between rival crews. So cool. 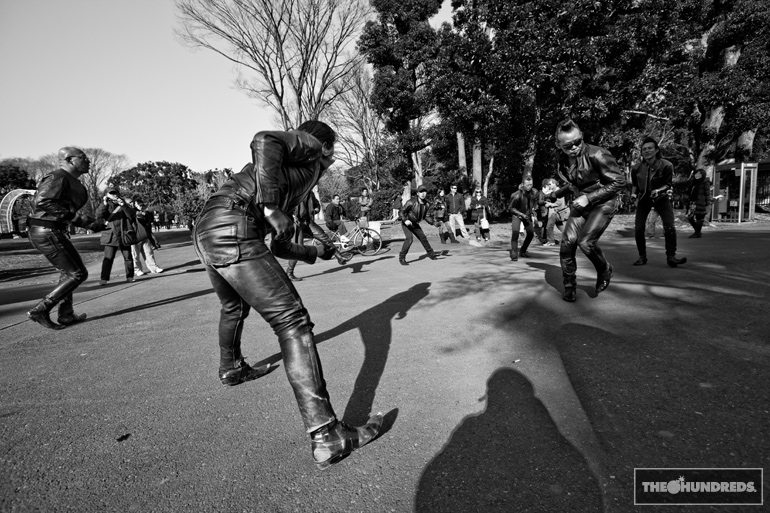 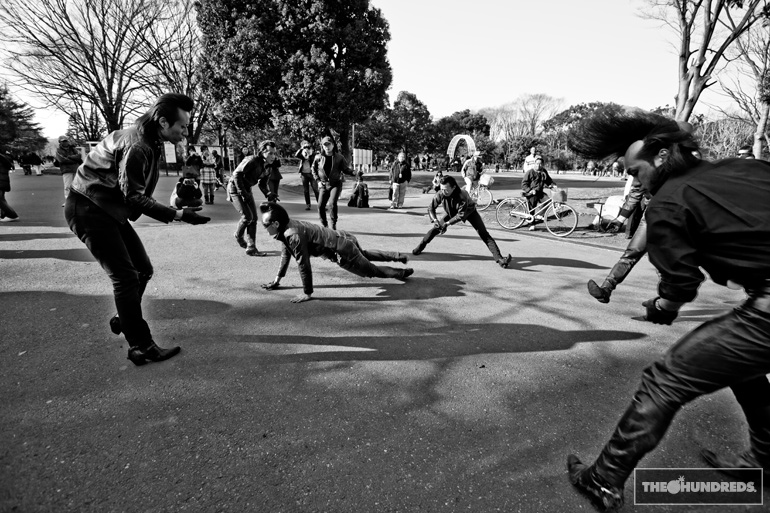 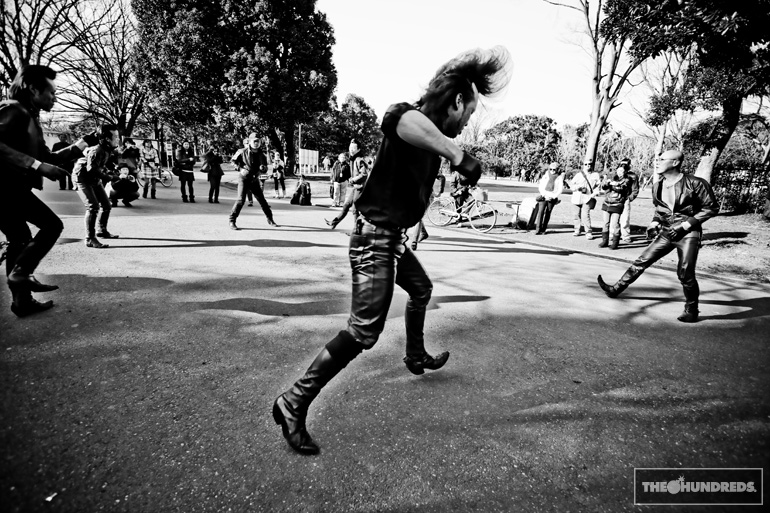 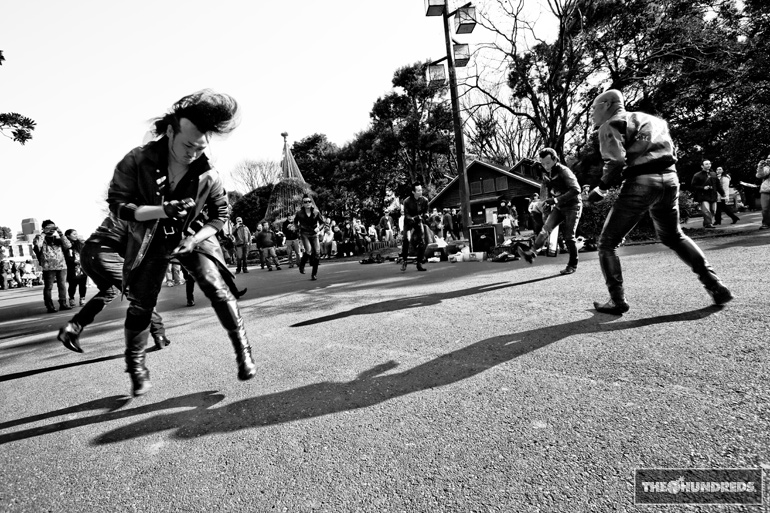 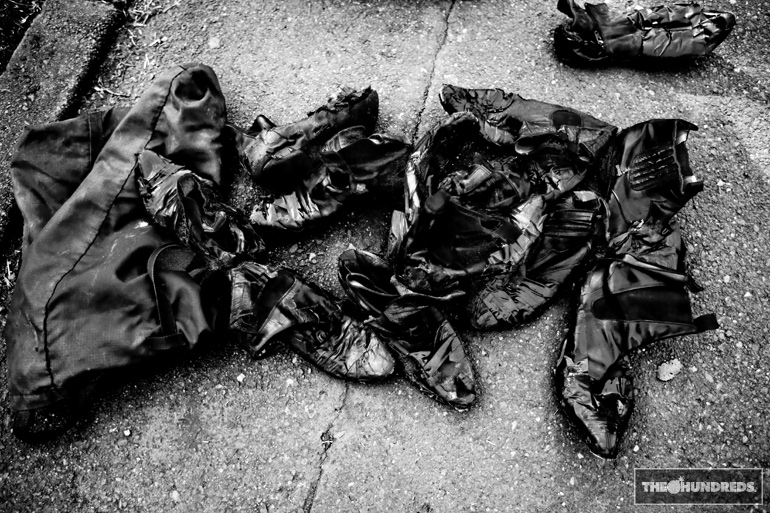 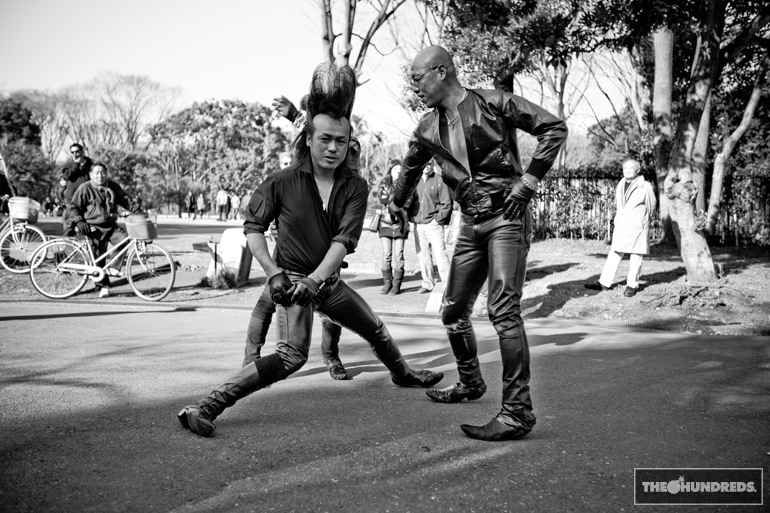 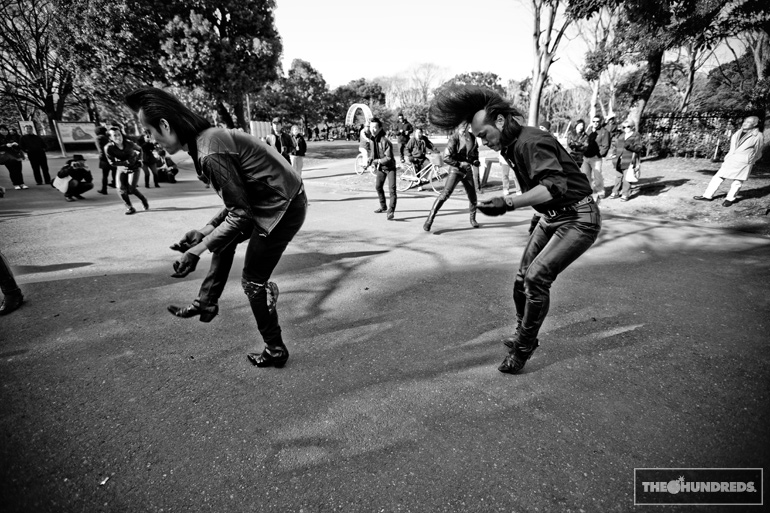 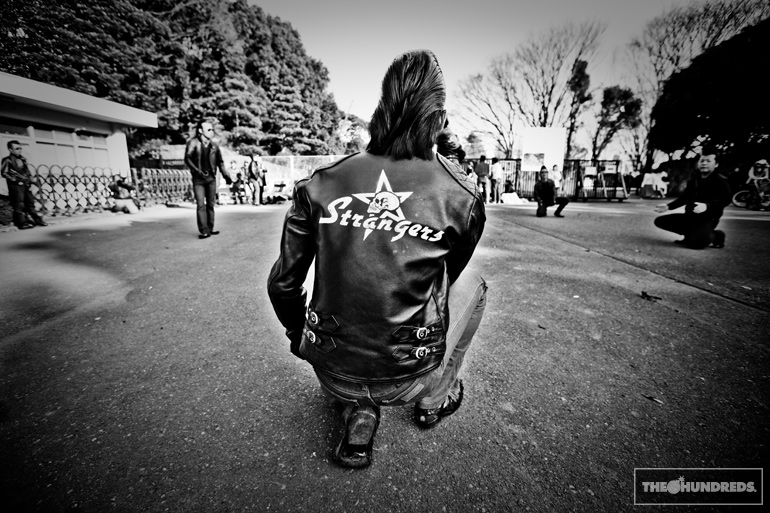