RIDERS ON THE STORM.

Surprise thunderstorms roll in and out of New York City as the second day of our International Sales Meeting convenes in a downtown loft. 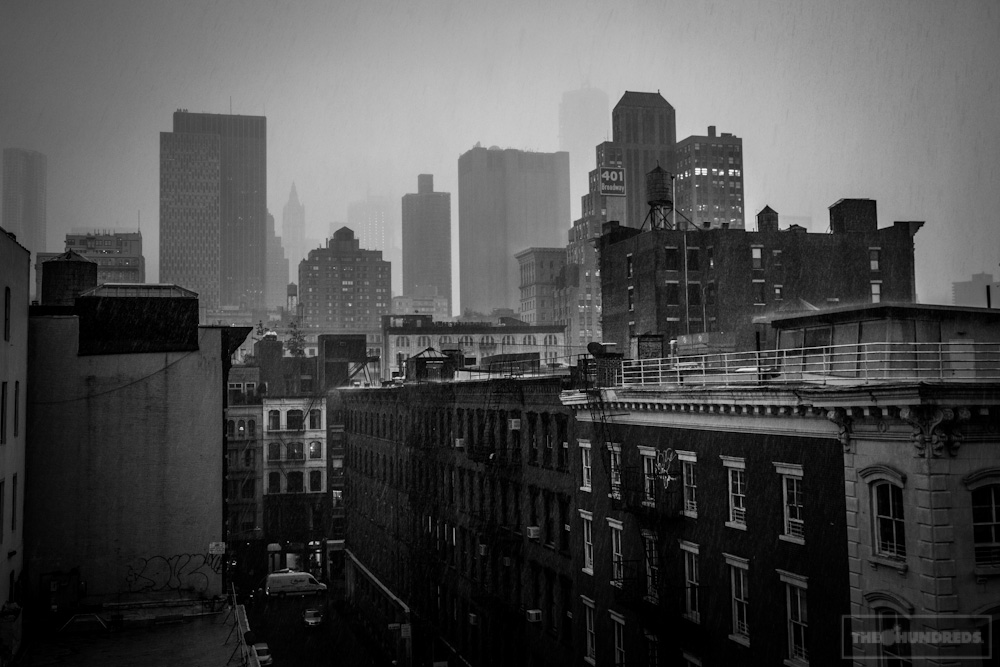 In the same space where Neil Young shot his Rolling Stone cover, The Hundreds’ worldwide distributors and representatives come together to go over The Hundreds 2013 – from product, to marketing campaigns, upcoming collaborations, branding ideologies, and so on. Our Sales Director Scotty leads the charge. 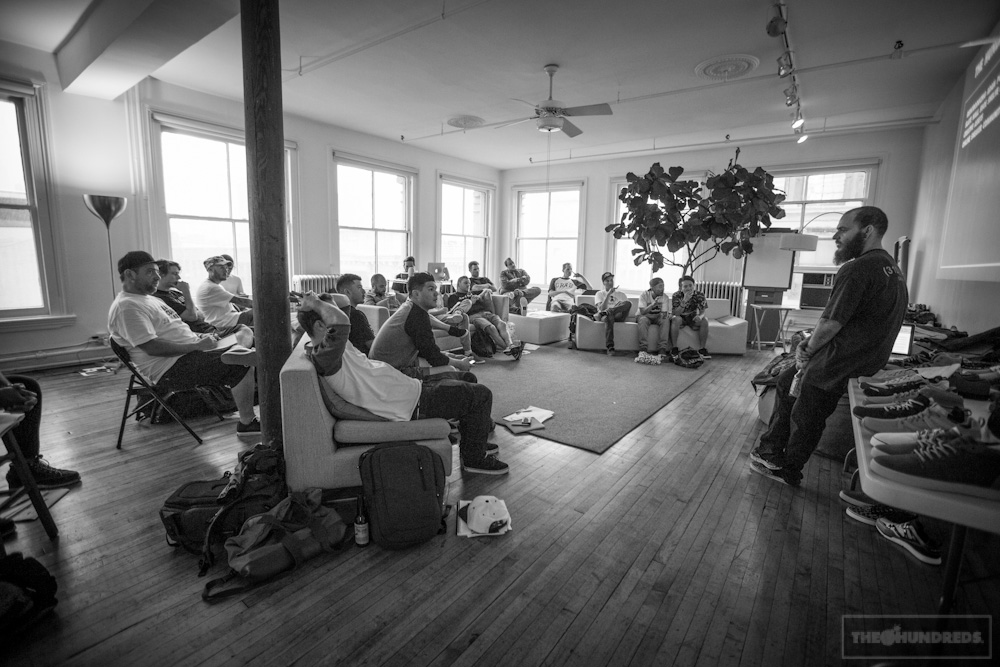 Mahtab aka Moombahtab and Ashley bring the marketing directives. 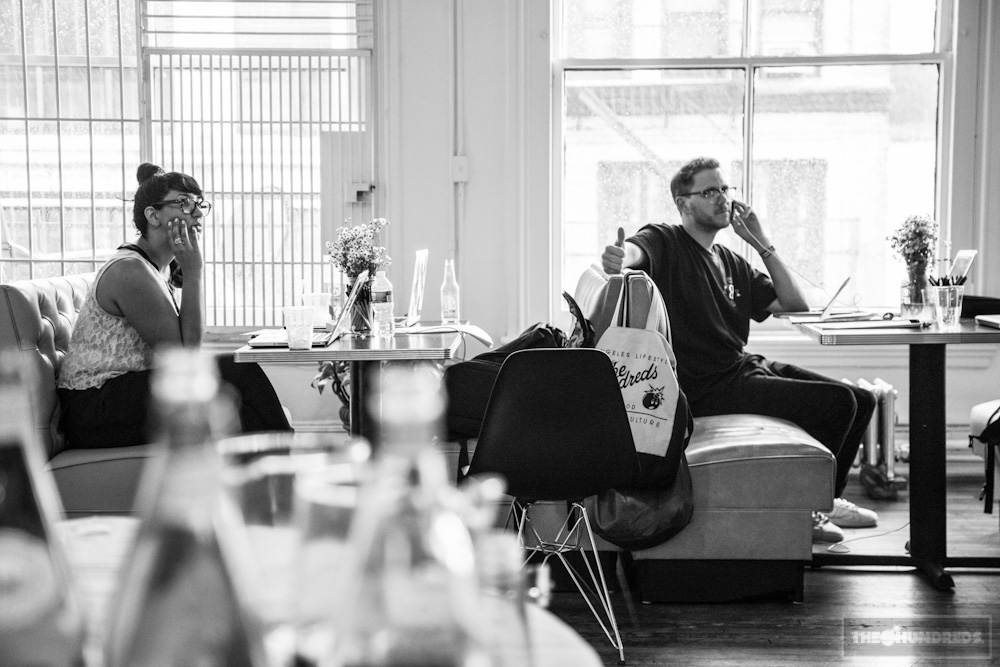 Dennis reps Germany. Vangelis reps Greece. EK holds us down in the Midwest. 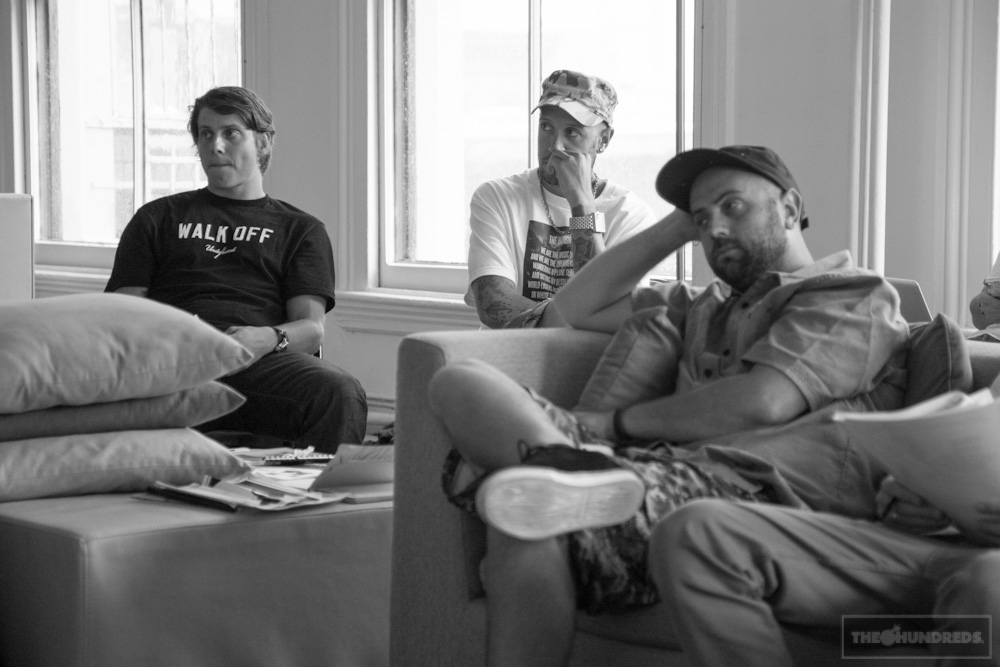 Next to EK is Jesse who represents The Hundreds in Belgium, Luxembourg, and the Netherlands (the same ones responsible for the Freshcotton Valenzuela collaboration.) Our Senior Apparel Designer Patrick in the back presented our upcoming cut-n-sew seasons. Niclas is a former hardcore kid like me, it’s what initially drew him to The Hundreds actually. He handles Norway for The Hundreds. Cooper manages sales for our footwear program… 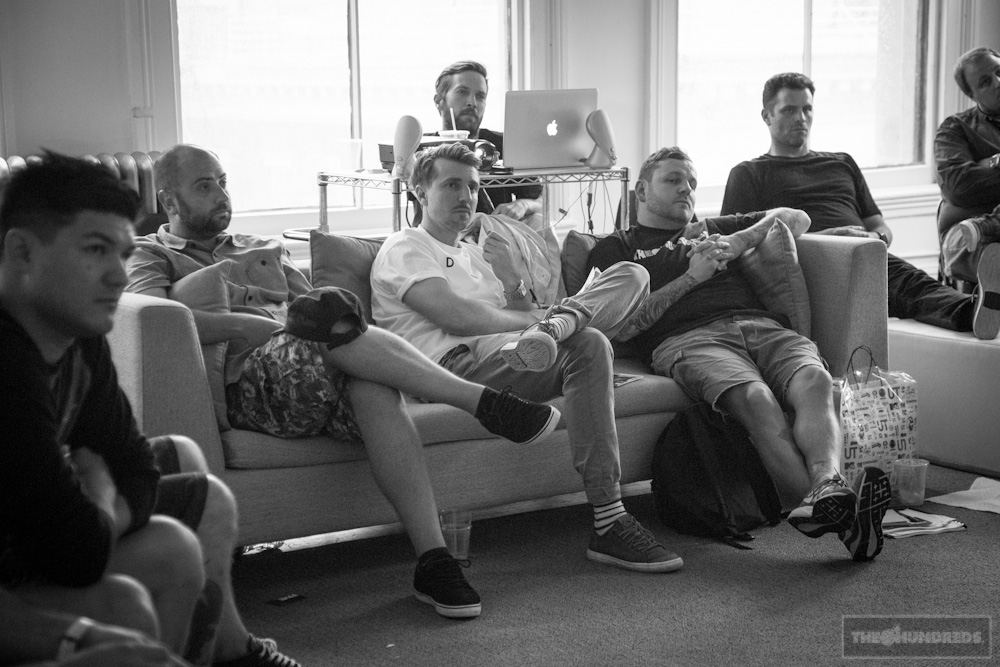 Team Canada. Frank’s in charge of Quebec, Mitch with the west side of Canada, and Carlos with Ontario: 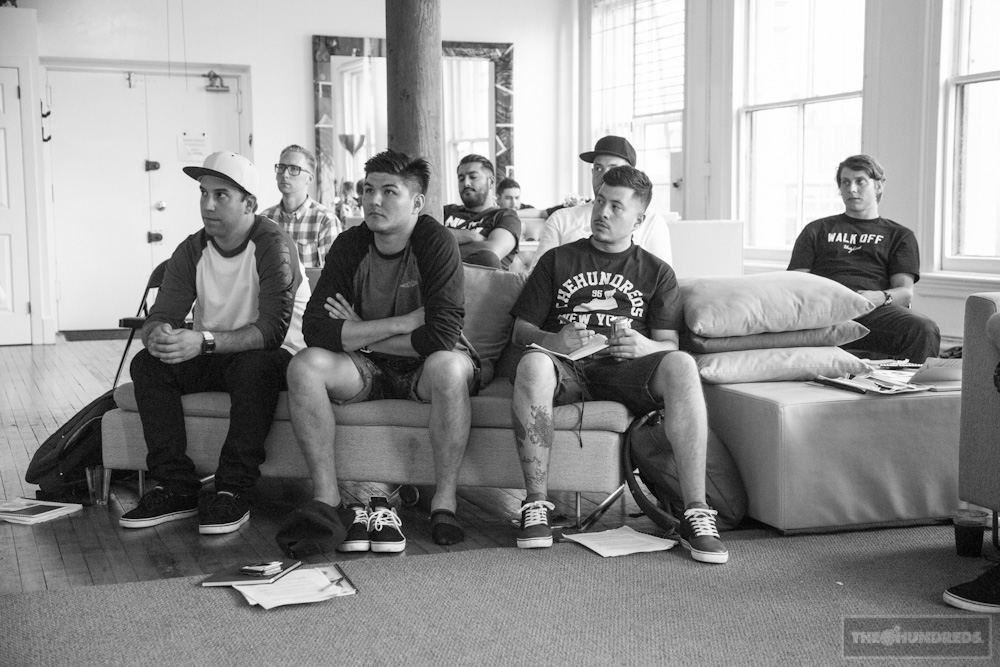 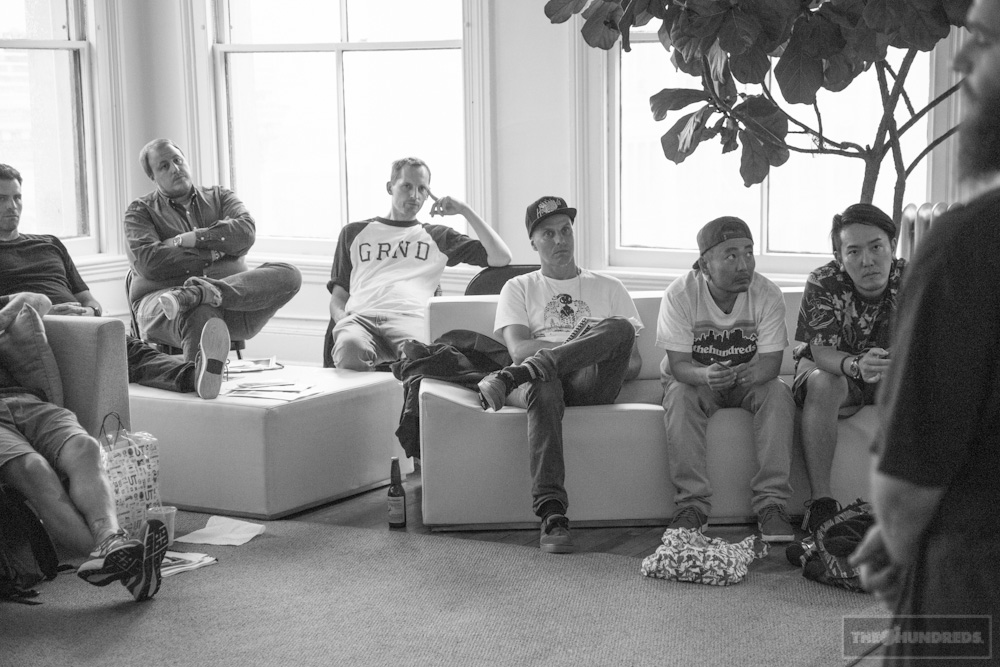 Ross is The Hundreds out in the United Kingdom. And Poyan works with Jesse out in Amsterdam. 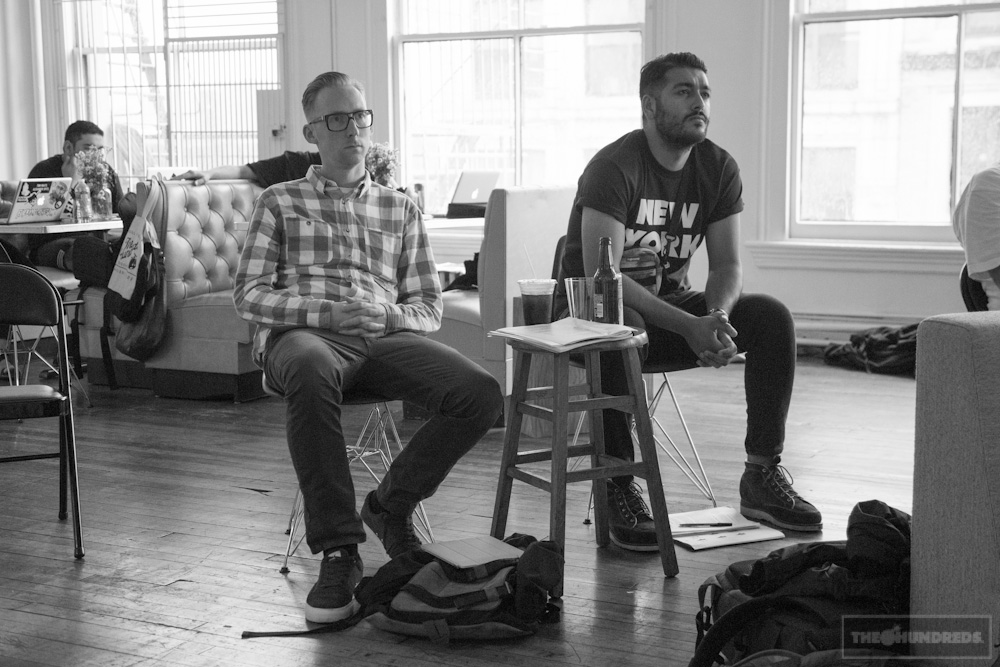 This is The Hundreds’ global family. This is our crew…!