Steven Arroyo is in “the business of putting asses in seats,” an amusingly unglamorous truth that only partially portrays his fixation with chairs, 99 of which hang from the ceiling of Potato Chips, Arroyo’s popular Los Angeles sandwich shop. The other contributing factor is laziness, he jokes flatly– a self-proclaimed morning person, he’s obviously anything but. It’s early, before 10 AM, and Steven Arroyo is burning sage and dragging on an American Spirit cigarette. On a typical weekend, he’d already be maneuvering the flea market circuit, bargaining over old furniture, which he would then upon acquisition (and much to the dismay of the vendor) kick holes through, “adding character.”

“I needed a collection of things with history,” he says of that particular incident, adding, “I want to build something that’s timeless, where you walk in and you feel like it’s been there 50 or 60 years.” 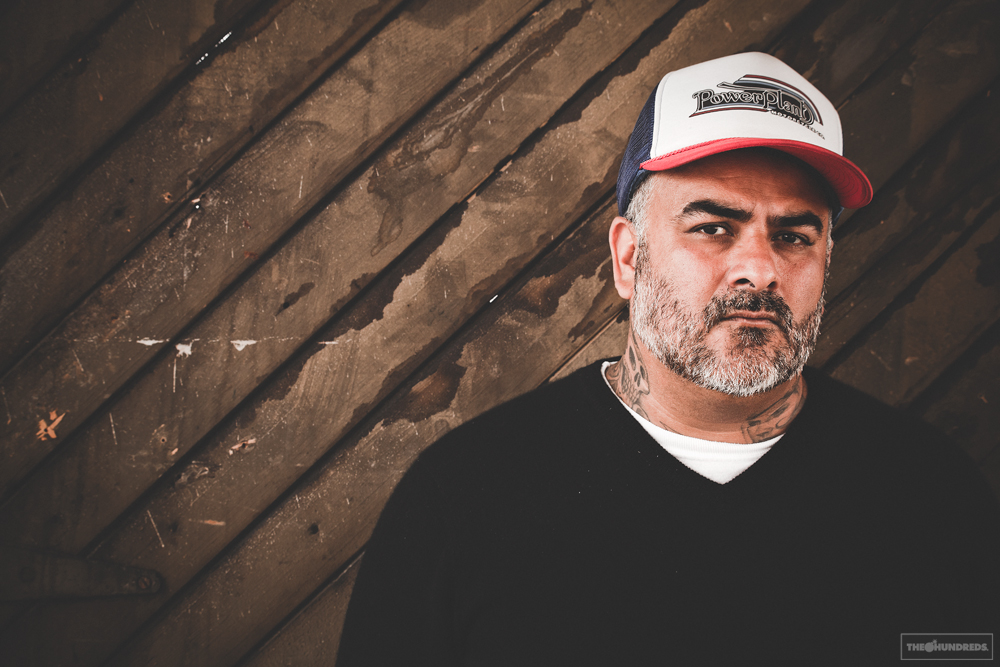 I arrive 20 minutes late for our meeting, but I imagine it doesn’t matter much, because in my head he’s already been awake since dawn, watching the sun rise through the infinite horizon of windows that frame the loft like a halo. I arrive at his warehouse and follow a voice up a staircase into a colossal raw rectangle constructed from glass, steel and concrete. The room extends for what seems like miles, vast and empty, except for one potted houseplant, and — yes, you guessed it — two chairs, one for me and one for him. Enter the Glass Onion, Steven Arroyo’s soon-to-be sprawling industrial residence/gallery space/photo studio, available for events and day rentals, located on the cusp of Downtown LA.

On acquiring this bare bones domicile in dire need of a little TLC, he tells me (nonchalantly as if deciding between ordering the chicken or fish for dinner (which, come to think of it, for a man in his line of work, is no small matter), “I’d been living in this plush apartment for a while and I just wanted a change. I saw this building, and I thought, ‘Ok, that’s obnoxious to be living in a 4100 sq. ft. place, how can I incorporate a business element to this?’ I saw the space and the incredible light, and it just screamed ‘photo studio.’ I think southern light is really important to photographers, and we had it. So here we are.” Arroyo has  lofty plans for the renovation, including a cyc wall for shooting, and a claw foot tub, for–well–soaking it all in. 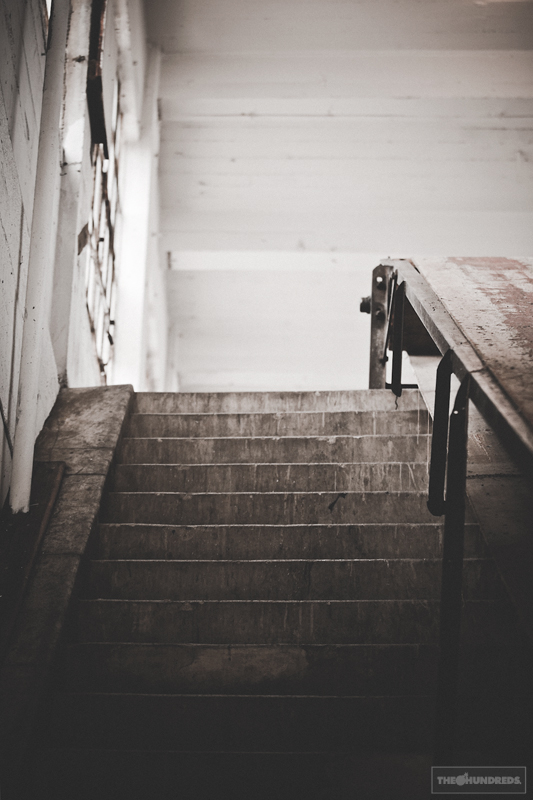 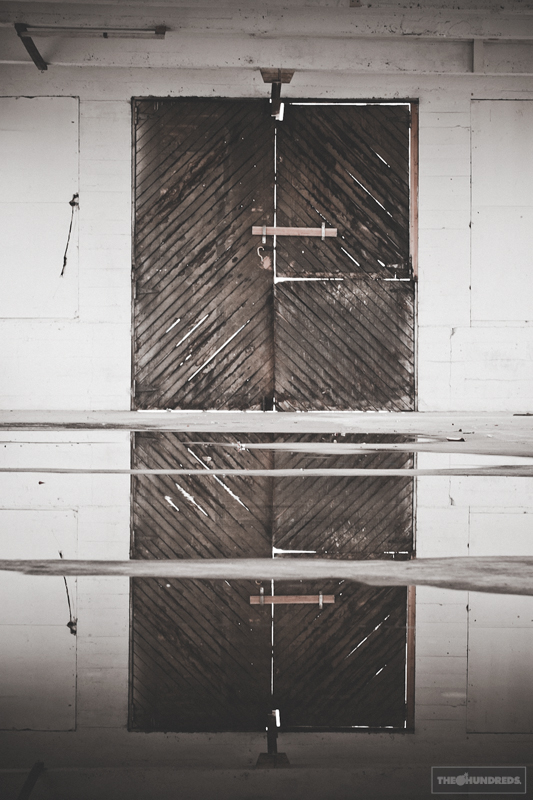 A seasoning veteran, the mover and shaker with the salt and pepper stubble, ruddy complexion, and eccentric fashion sense (white jeans and leather mandals over mustard yellow socks today), is as much an institution as are his ambient dining establishments. After coming on the food and beverage scene in ’95 with a little bistro called Boxer, Arroyo has since rolled out (renamed, sold, and shut down) a handful of hotspots, most notably Cobras & Matadors, Church & State, and Malo. These days, he’s still king of the block where it all began. With two restaurants (Escuela Taquería and Potato Chips) and one curated concept shop (Pigeon) all confined within a walkable radius, he poses a dangerously convenient threat for those of us who are powerless over beef and pickle tacos, handmade ceramics and woven blankets (I’ve heard there’s a group of people who meet for that on Melrose).

Though rightfully regaled as a proprietor of eateries, Steven Arroyo has an eye as discerning as his tastebuds. A curator, collector, treasure hunter, and self-taught interior designer, he’s singlehandedly responsible for the modern vintage vibes that have become his trademark (He doesn’t believe in hiring “designer designers” because “their vision gets in the way of what it’s supposed to be, which is just a restaurant”).  All of his businesses, however different, are branded with that distinct Arroyo thumbprint, a slightly lived in quality indicated by striped, hand-painted signs, charmingly chipped tile (“I love the life on it”), and an assortment of knick-knacks haphazardly mismatched to create a Portland, Oregon-visits-Marfa, Texas kind of environment. Picture log cabins, fire pits, cacti, and the smell of cedar incense, and something delicious cooking on the wood-burning stove. 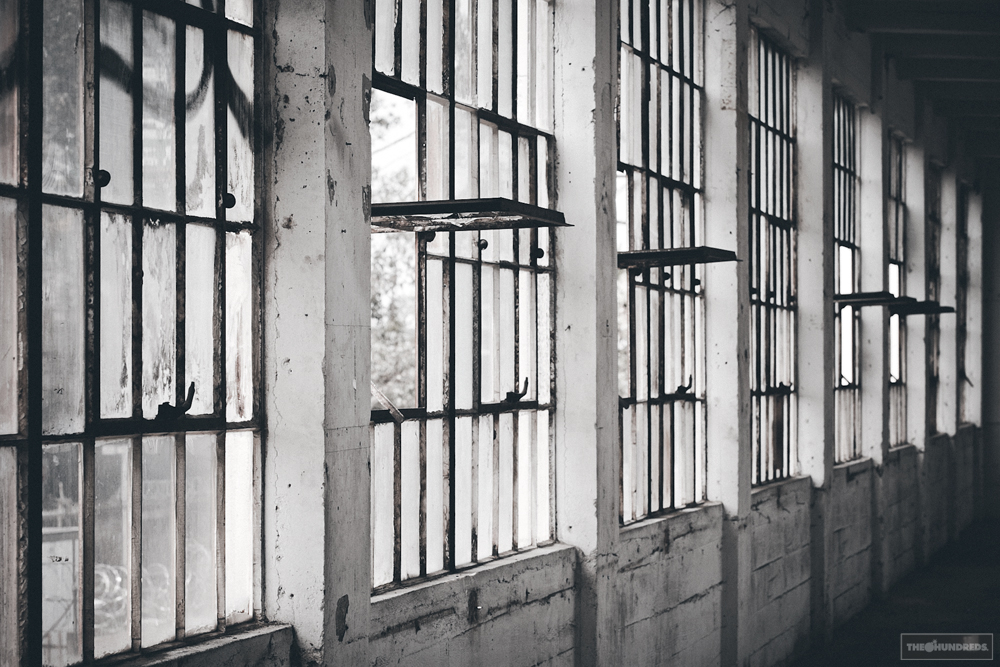 On the importance of remaining consistent (but never redundant) throughout all that he does, he compares his restaurants to an outfit he puts on in the morning and feels comfortable wearing all day. He elaborates, “You’ll notice, with my designs, there’s a lot of repetition. When you speak of the chairs, you might be speaking of the 99 that hang from the ceiling [in Potato Chips]. Not all of them are the same, but they’re in the same genre. When I see all of those in repetition, it pleases my eye. It’s the same with the shoes [in Escuela]. Hanging one shoe could be an ode to a drug dealer–that’s where he sells his drugs–but to hang almost 900, it becomes an installation. Twenty months ago, no one cared about something as common as a shoe last. Now, I’ll go on Instagram to see what’s going on with Escuela, and there are 1000 pictures of the ceiling. It’s flattering. It’s all about repetition. That’s why this space is really important to me, because of the repetition of the windows. It’s about building a collection. All of the sudden I had this collection of windows that came with the price of admission. For me, I focus in on something, and I can see the big picture, and I think the big picture looks better when you’re seeing things from different angles. It’s a better study.”

Arroyo, an avid collector of pottery and photography, has long been a patron of the local fine art scene. At Pigeon, he recently curated a collage of images by Gregory Boroquez, an East LA photographer whose work became well-known after he stumbled into a Hollywood shootout between a gunman and the police, pressing his own camera trigger while the gunman was shot dead to the ground. No stranger to creative celebrity, his restaurant regulars include the likes of Scott Caan and Curtis Kulig, to name a few. Given Arroyo’s sharp eye and distinguished sense of style, which has already, and will continue to, endure the test of trend and time, we expect this next step to be as smooth and seamless as the backdrop of the Glass Onion photoshoot set. Here in Los Angeles, there is no shortage of critically-acclaimed places to devour tacos and tapas, but that has never stopped us from crossing town to snag a table at one of Arroyo’s spots. Glass Onion is currently undergoing a major makeover, but will be camera ready by October. If history is any indication, you should start scheduling your photo shoots early. Like now. Follow Steven Arroyo on Instagram here. 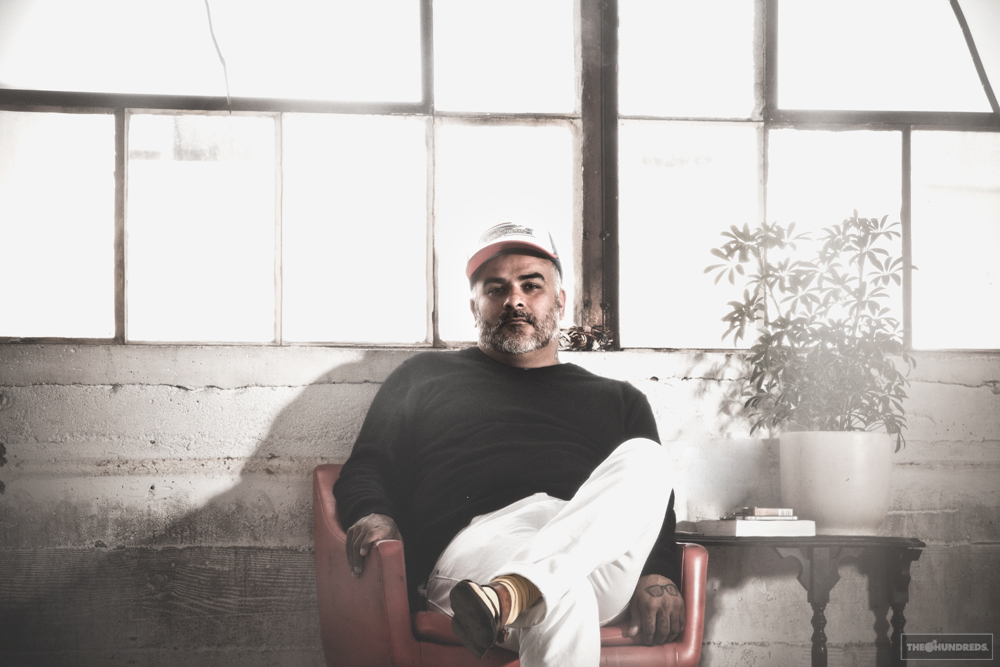