Having had a good experience capturing the SMIB guys in their natural habitat, I figured it was time to invade yet another group of up-and-coming creative individuals in the Dutch rap industry. This time: Yung Internet, a group of three. Established in 2014, but already infamous in the Dutch scene, two of the members deliver vocals and one is accountable for making the music.

They put out songs celebrating the notorious Pony Pak (packaging for cocaine that’s printed with a pony on it) and give literal shout-outs to their drug dealer whom they nicknamed “D’Angelo.” But also nostalgic songs about washed up Dutch celebrities, Steve Jobs, shitty phone providers and, of course, so-called “slutty broads”—subjects the interweb party generation can relate to. Topics surprisingly a lot of Dutch people can relate to, seeing as D’Angelo has been becoming a more day-to-day term for literally everyone’s drug dealer. Yung Internet = life of the party. Thankfully, party is my middle name—or “refill” or “tequila,” you choose—so I wasn’t quite surprised that I was completely hammered by dinner time. Which, we of course skipped. 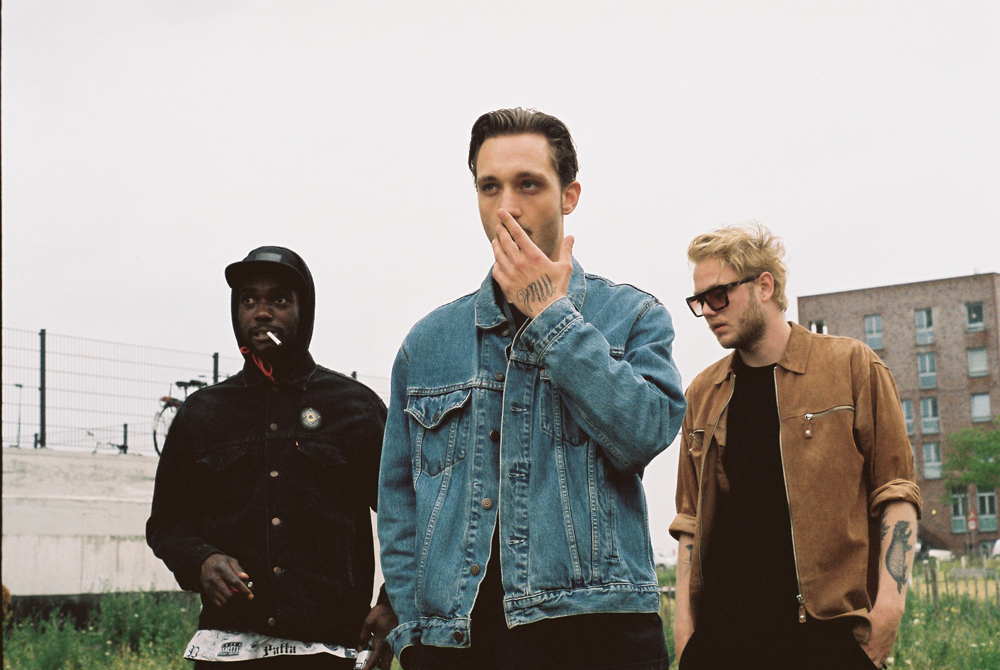 After having set a date with their surprisingly professional manager, I met up with Mauro (lyrics provider aka rapper in Yung Internet) to head over to Daan aka DJ Hyperlink’s house where the third musketeer, Sergio, would also be. I’ve known Mauro for a while now and adopted him as my brother. Though mostly so I can partake in his awesome household with his mother (my mother) and his sister (my sister). Being brother and sister, we ended up shopping and taking photobooth pictures, thus arriving quite late at Daan’s house in Ijburg.

Although they rap about “the world wide web,” Daan had no Wi-Fi in his apartment, which I thought was pretty funny—you know, Yung Internet being the only Internet of use at that moment. However, Sergio was sipping on a tall can of beer, which suits the whole getting fucked up vibe. And as soon as management left the building, we headed to the grocery store to get all the ingredients for a successful night: mimosas and beer. Shortly after consuming several alcoholic beverages, the talking started.

Having known them for a couple of years now, business-related issues were not addressed. The closest we got to talking about their fast-growing success was when they mentioned their upcoming shows in Belgium. Which soon led to an anecdote about them completely trashing an Antwerp hotel room the year before after bringing their beloved D’Angelo with them. Who, by this point, seemed more of a friend than an actual drug dealer. Which he probably is, considering the fact that he has no issue getting other people high on his supply without asking money for it. 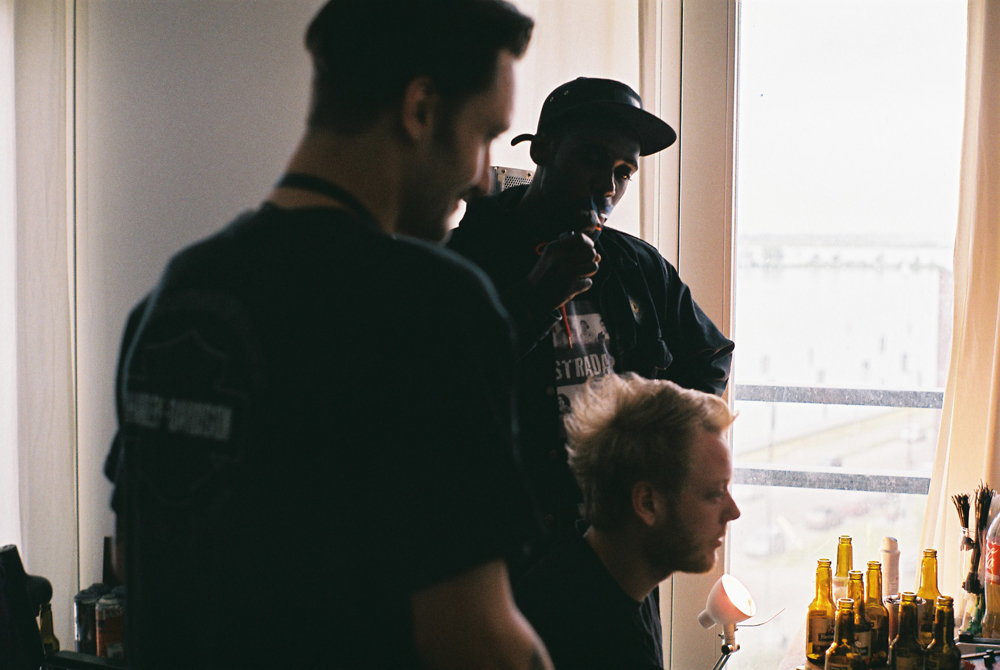 “It’s not like we get fucked up every single day, we just write about those occasional nights where you get completely trashed with your buddies,”  Mauro explained. “And then on Mondays, we get together and turn our weekend into a song.” It isn’t very hard creating a reputation for yourself as a so-called “druggie when you name your mix tape 6 Donnies aka, 60 Euros, the cost of a good pack of coke. If someone gave me the instruction of putting a song together with “a fucked up night with friends” as a subject, it’d probably end up sounding way worse than some of their stuff. Something in the vibe of “Homeboy snorted too much ketamine, took a Xanax, and key-bumped some coke before his mom came in.” So always reflect on your own life before judging others, you’ll end up feeling like shit.

Anyhow, talking about drugs, of course all this conversation about D’Angelo made their nostrils longing for the goods around the same time the Prosecco bottles came to an end, so a quick run to the grocery store resulted in not only a Prosecco run, but also a drug run. When spending a day with Yung Internet, one must make sure that they stay true to what they rap about. And being myself, I stayed true to my self-proclaimed alcoholic status, which evolved into me recording a song with them. There’s something very relaxing, yet depressing, about recording a rap song in broad daylight while completely hammered. I felt “very hip-hop,” and by saying that, I am officially -100 in street cred. Make that -200.

After finishing up all purchased items, it was time to move on. at 10pm, out of our minds, we took the public transportation heading towards the city. One hell of a ride, the negative kind. Dehydrated and in need of yet another alcoholic beverage. The night took a turn for the worse and Sergio, Mauro, and I ended up in a horrible empty club, surrounded by approximately 6 barely legal girls and 12 random male business and communication students. We paid full price for shots—that according to the bartender missed certain ingredients—chain-smoked and even danced to what sounded like a Migos song. We started early, but marched on ’til deep in the night.  Awakening the next day with a “thank you” text and few memories of the night before. Maybe that their next song will resfresh those memories. And there’s a good chance yours truly is even featured on that song. Oh god.

Daan having a bad time. 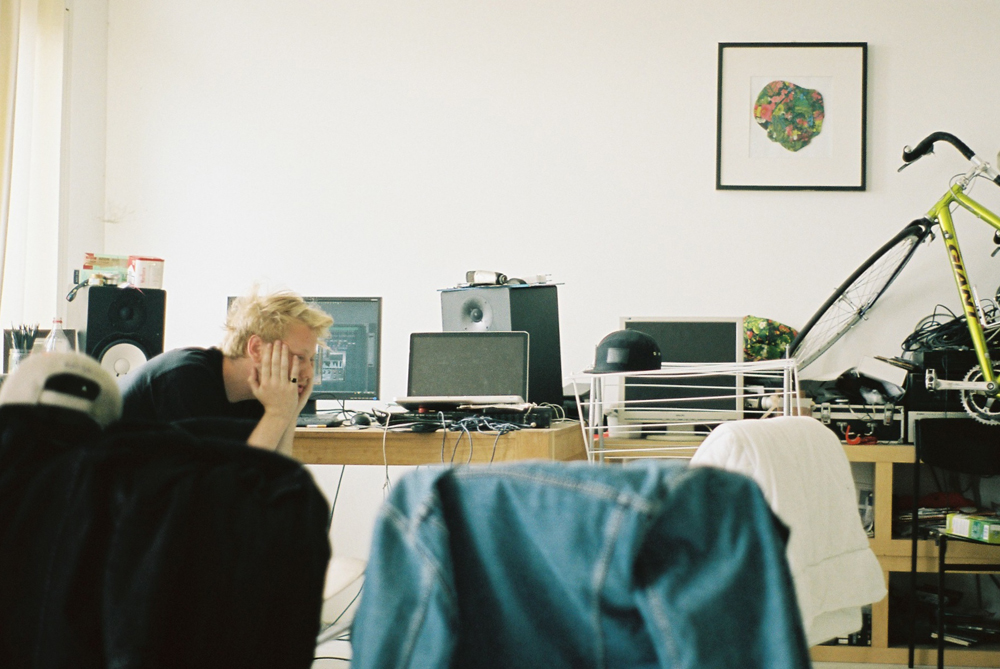 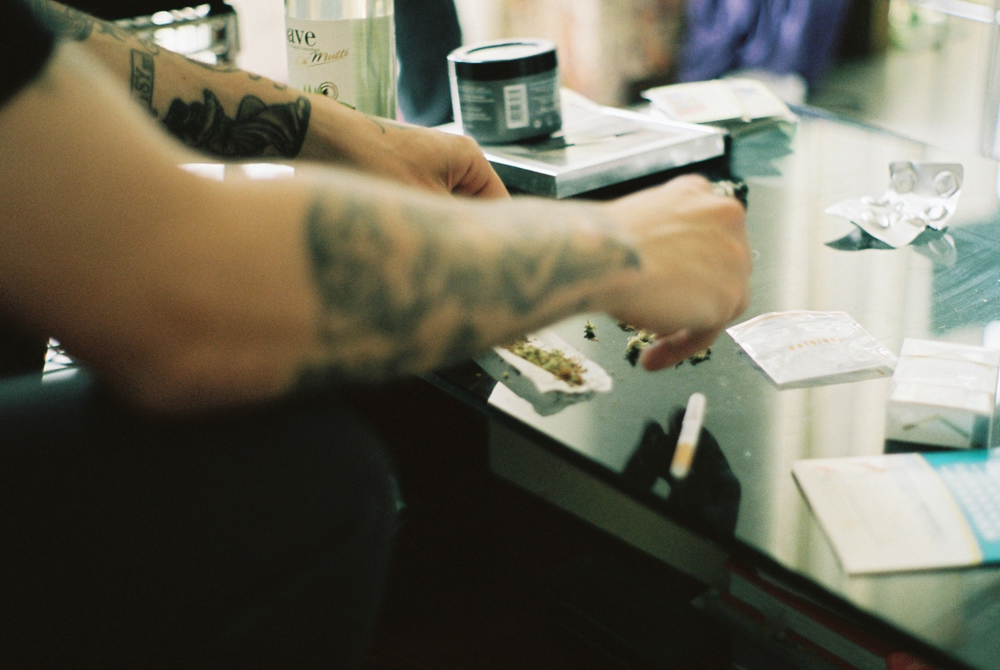 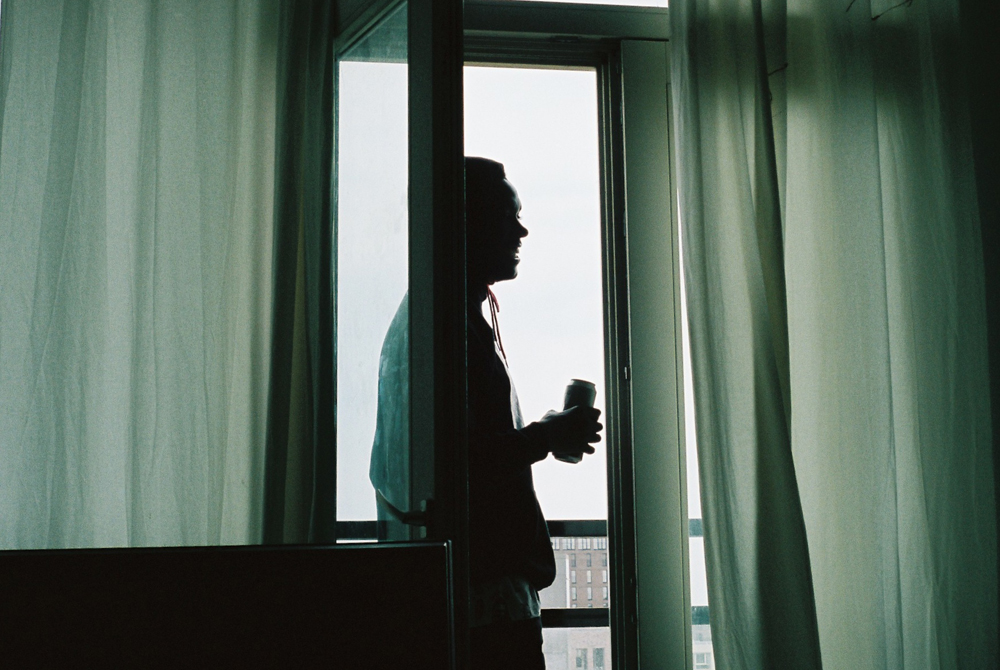 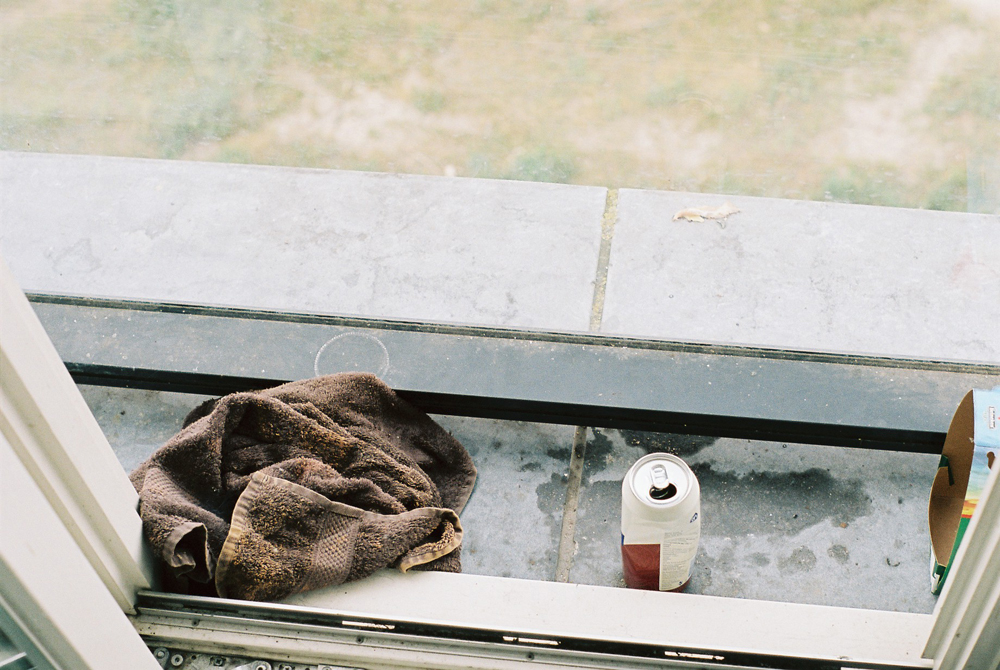 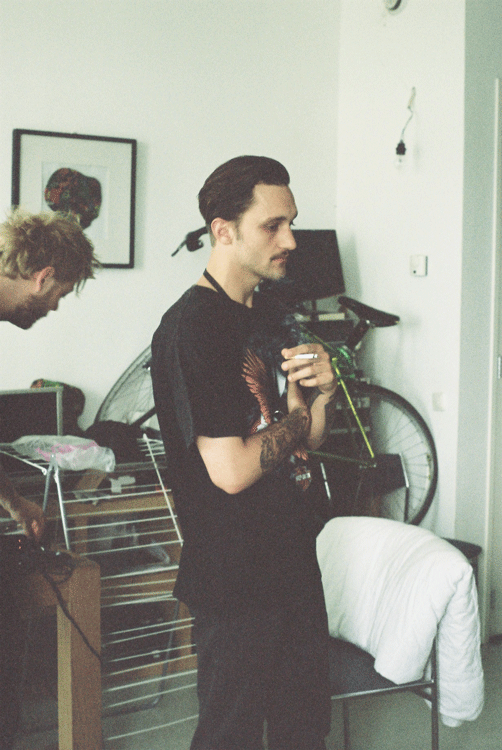 Noah, aka, sportlife. The dog that likes chewing gum. Owner not so much 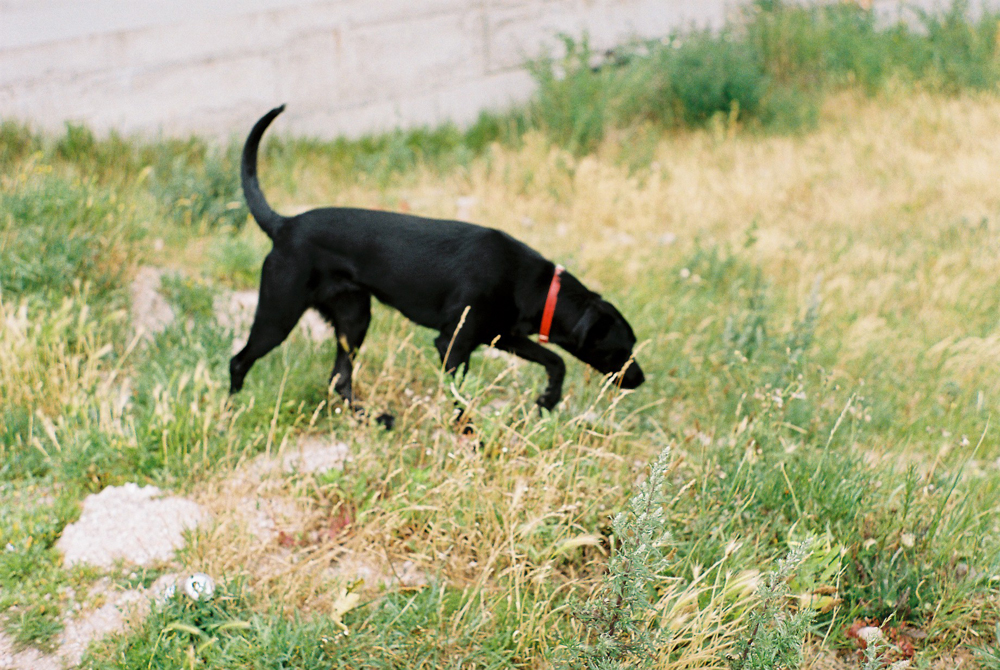 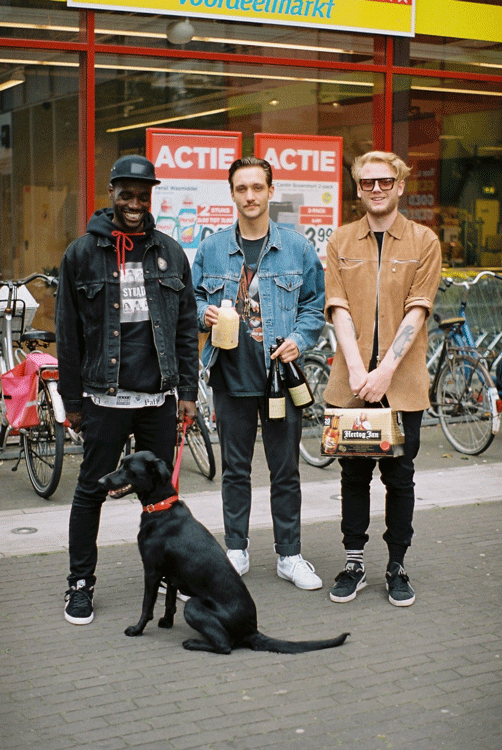 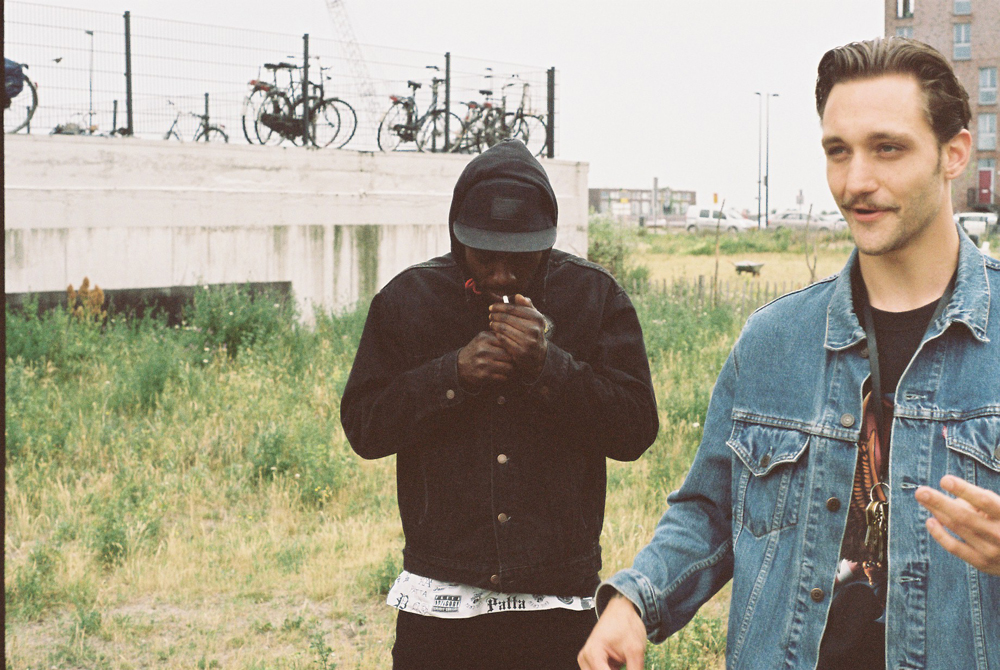 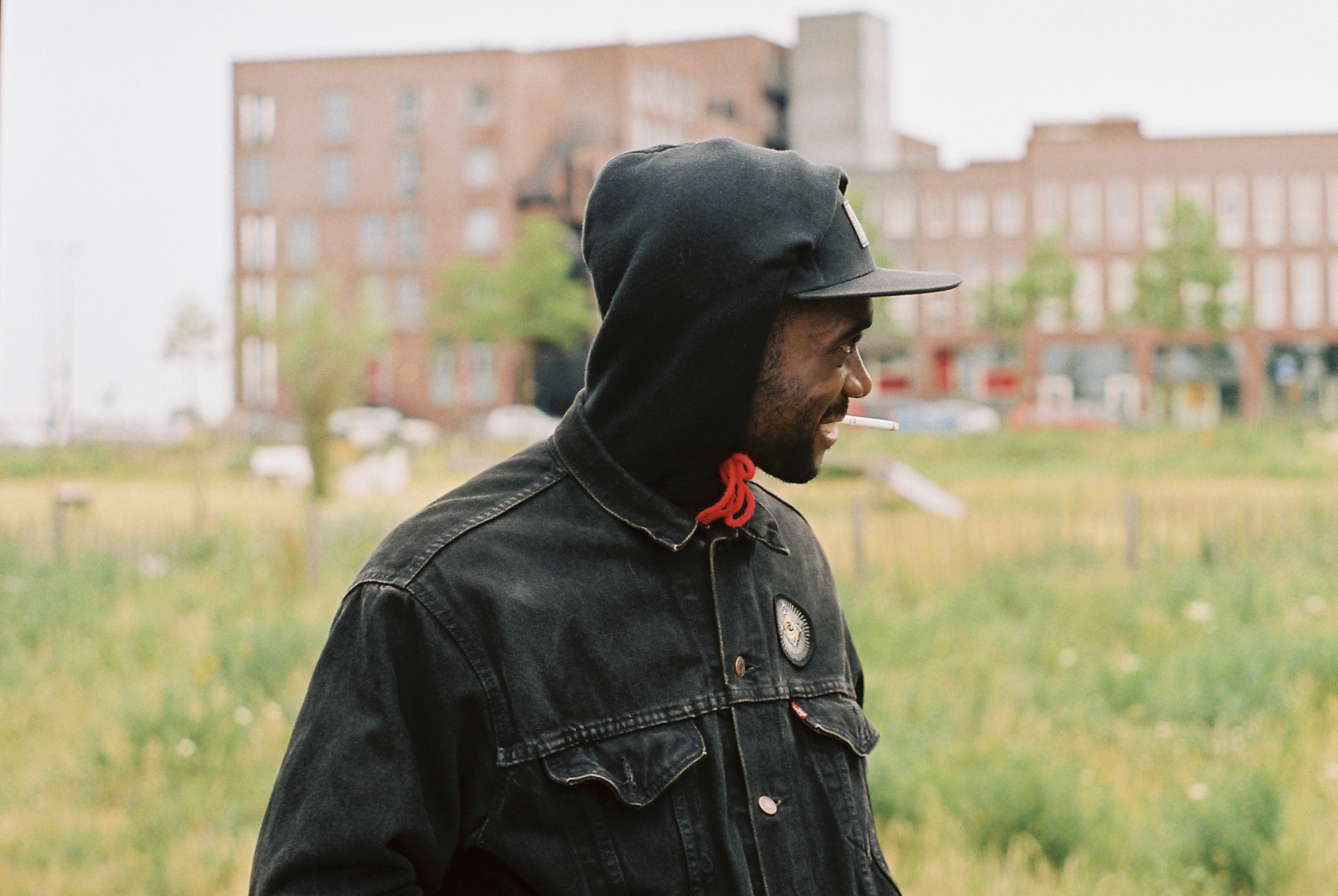 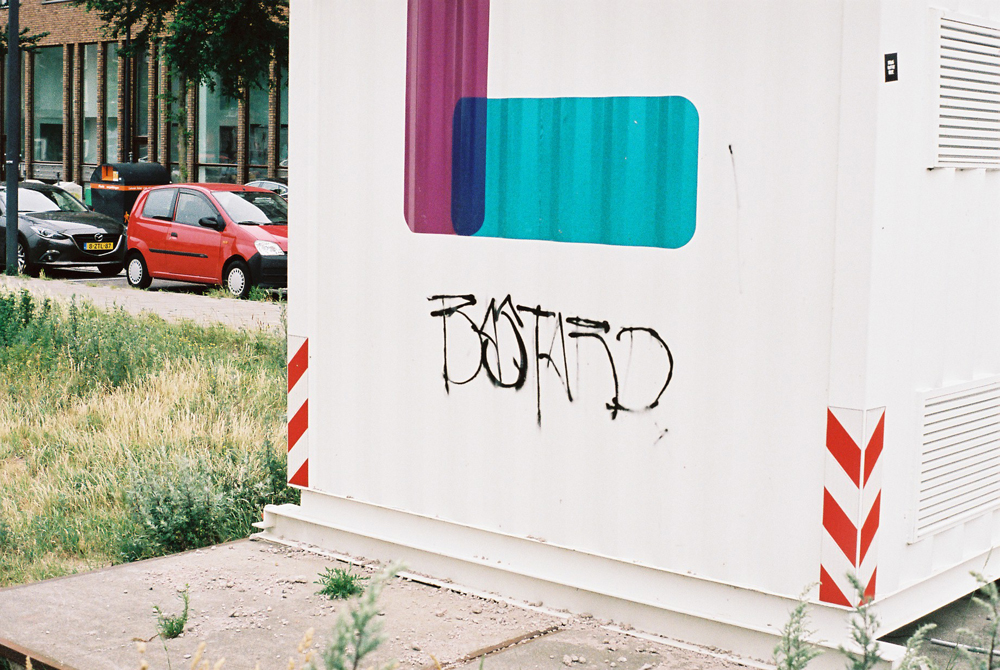 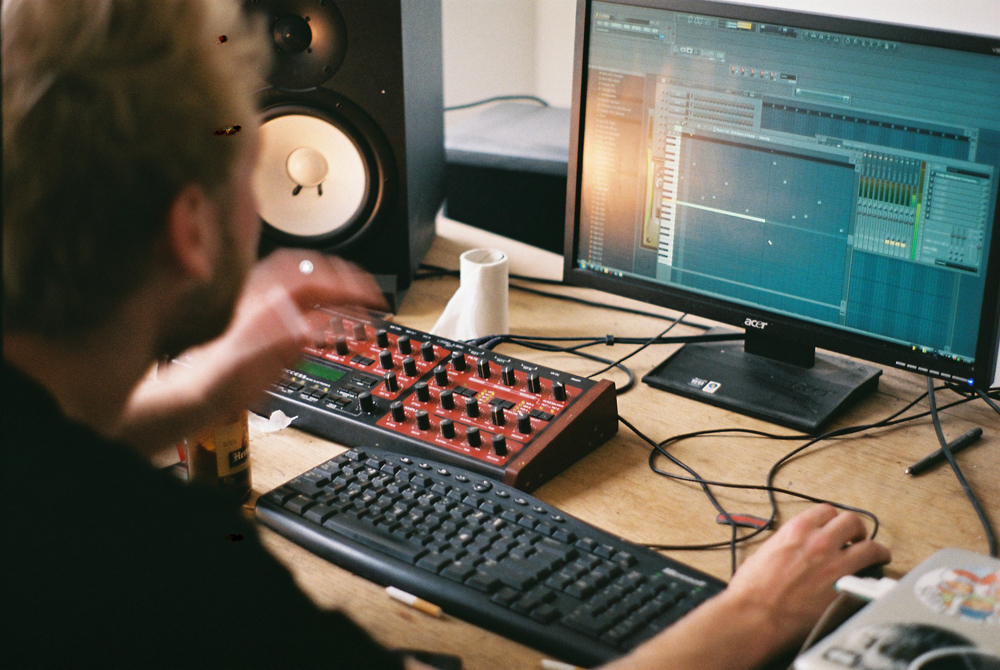 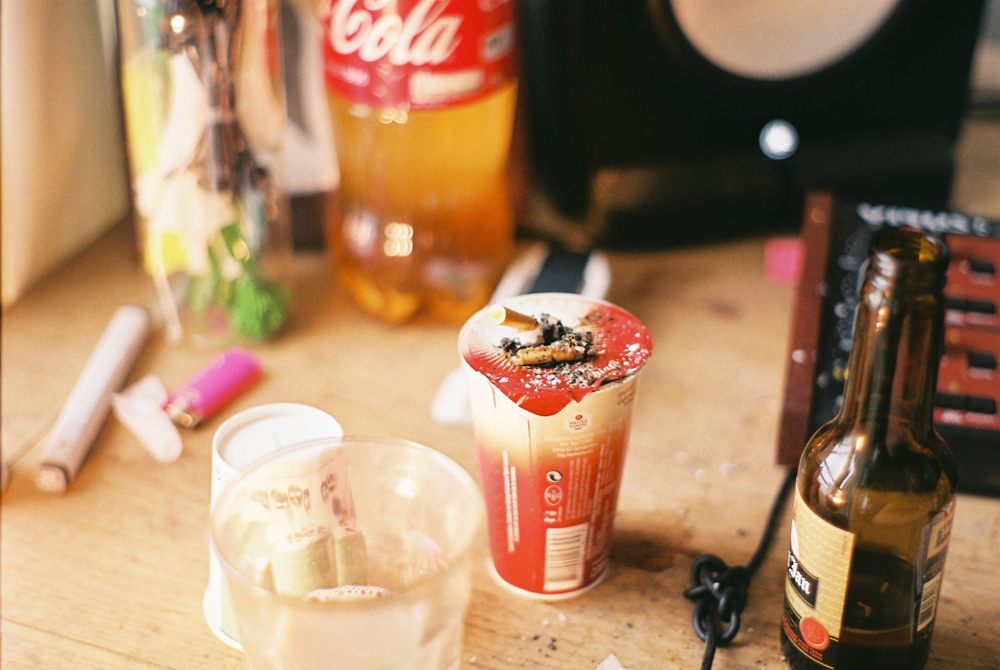 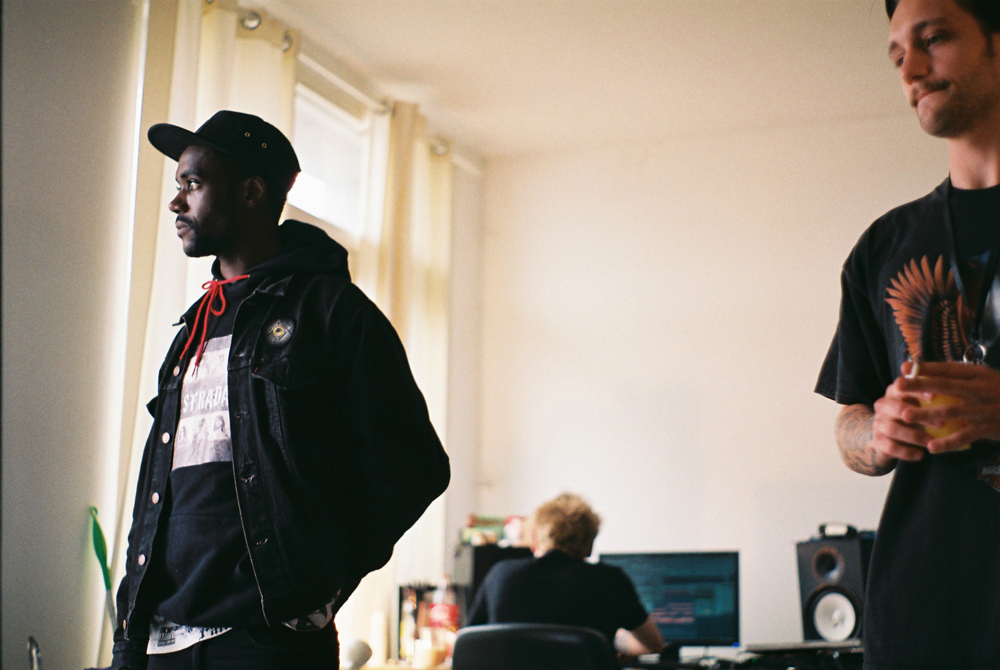 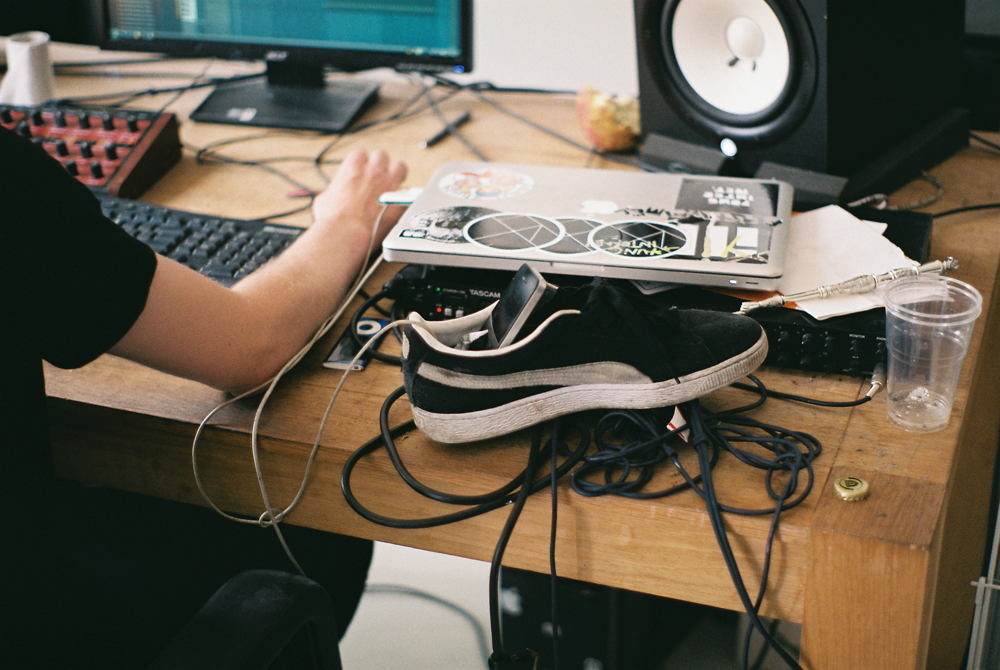 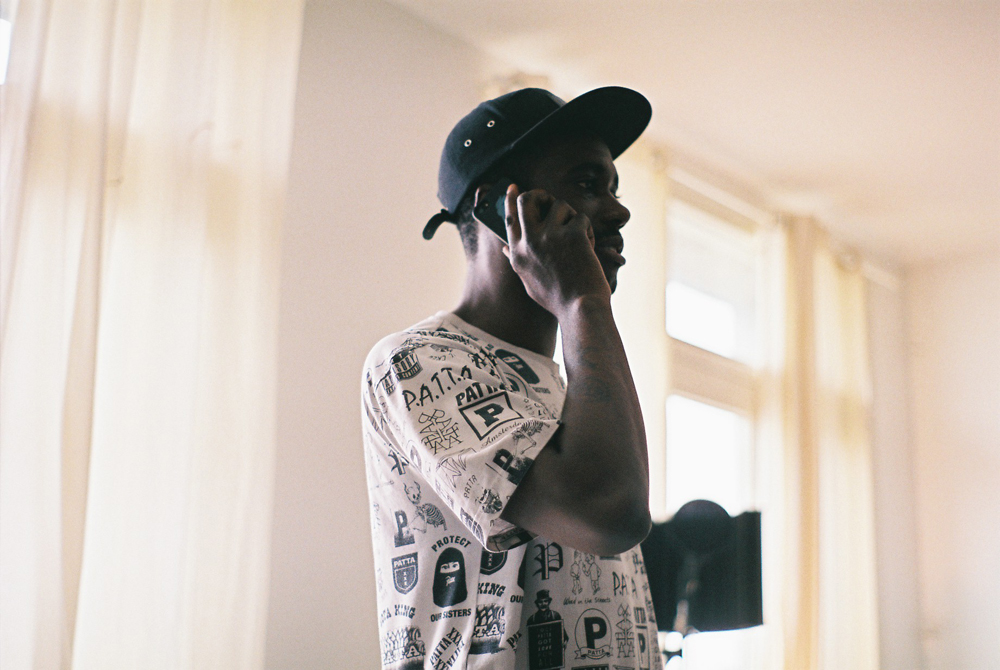 The part where D’Angelo gets a call. 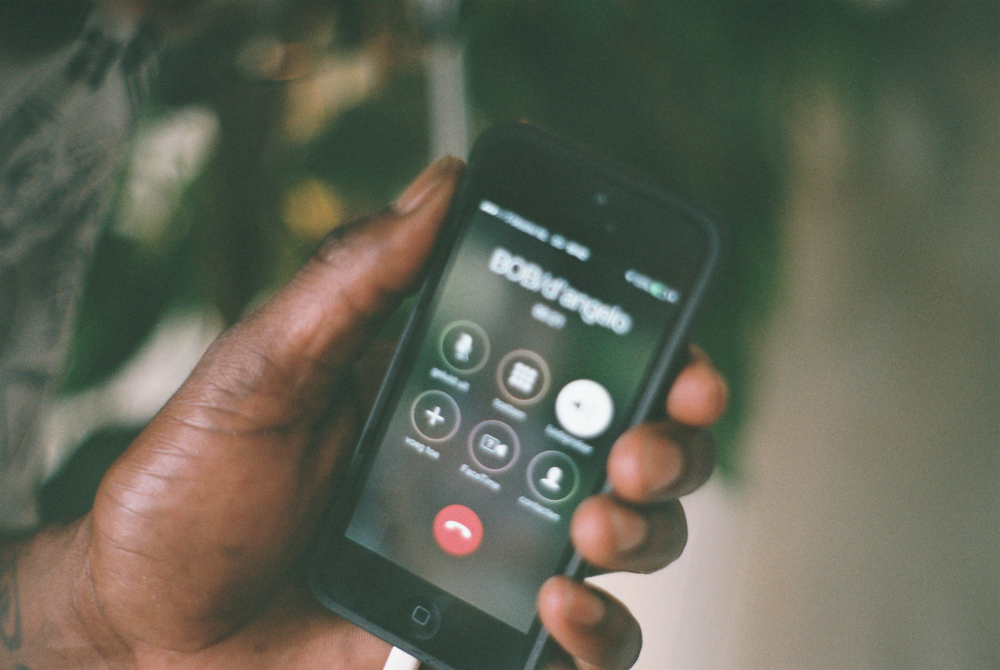 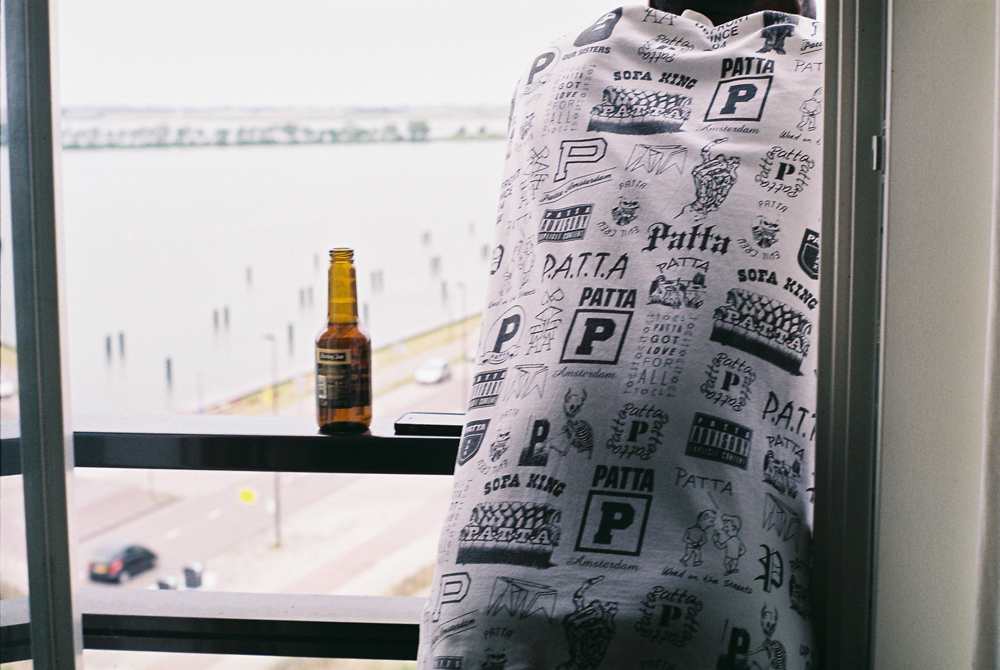 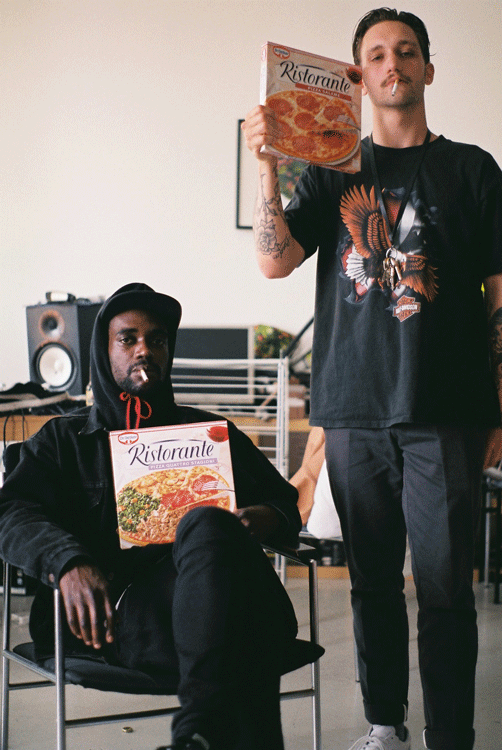 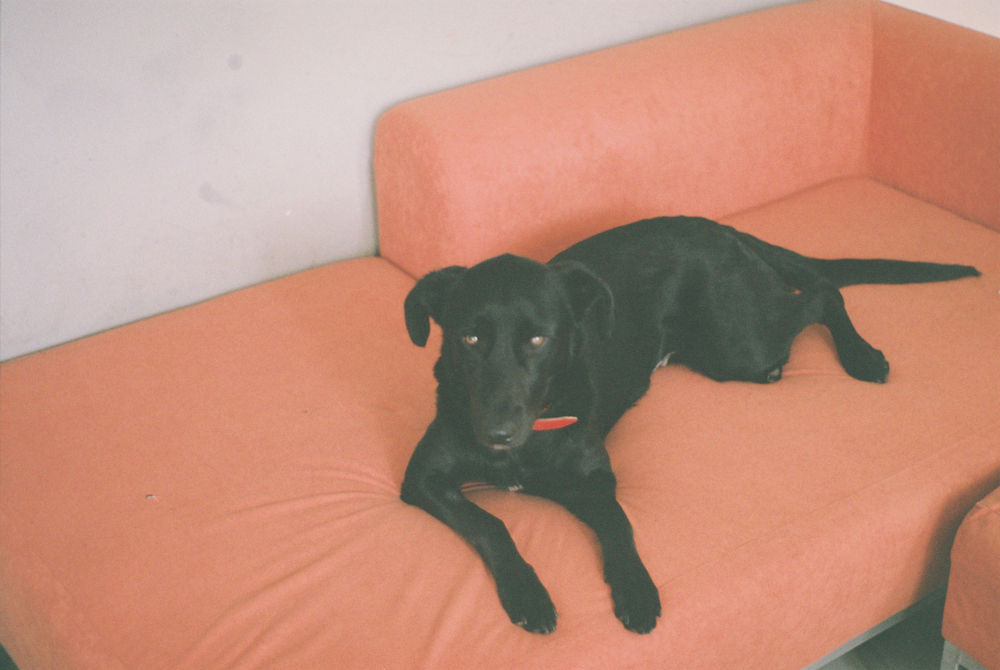 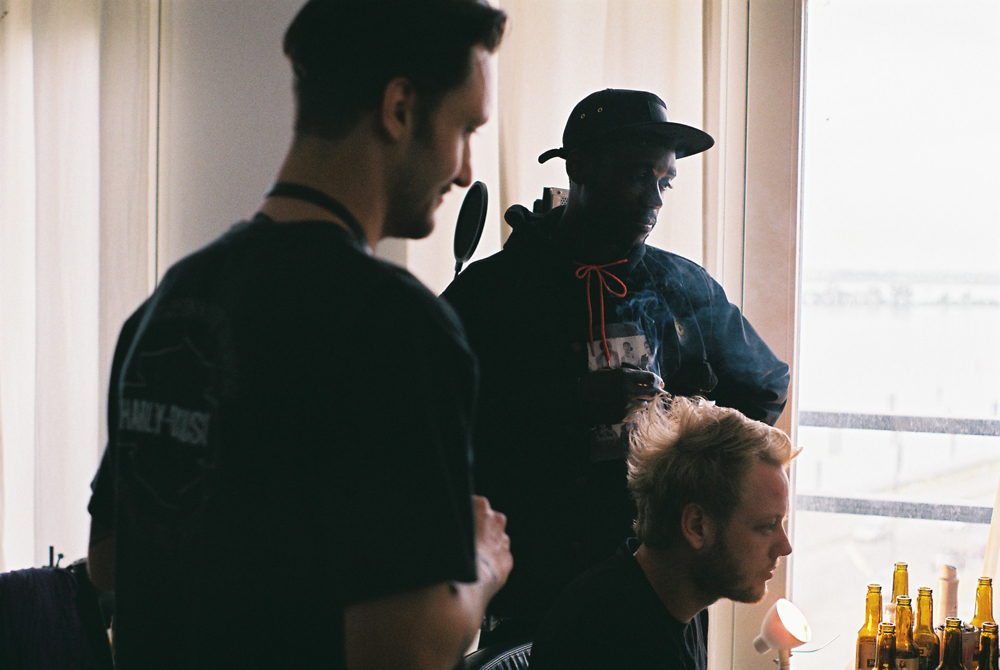 The act of beat-making. Each putting something in. 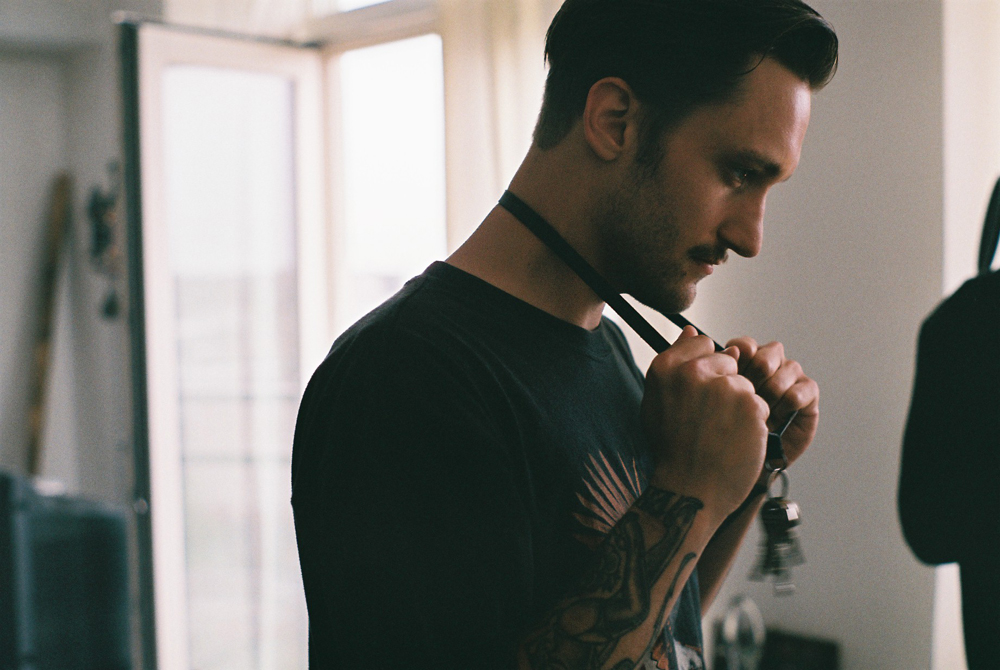 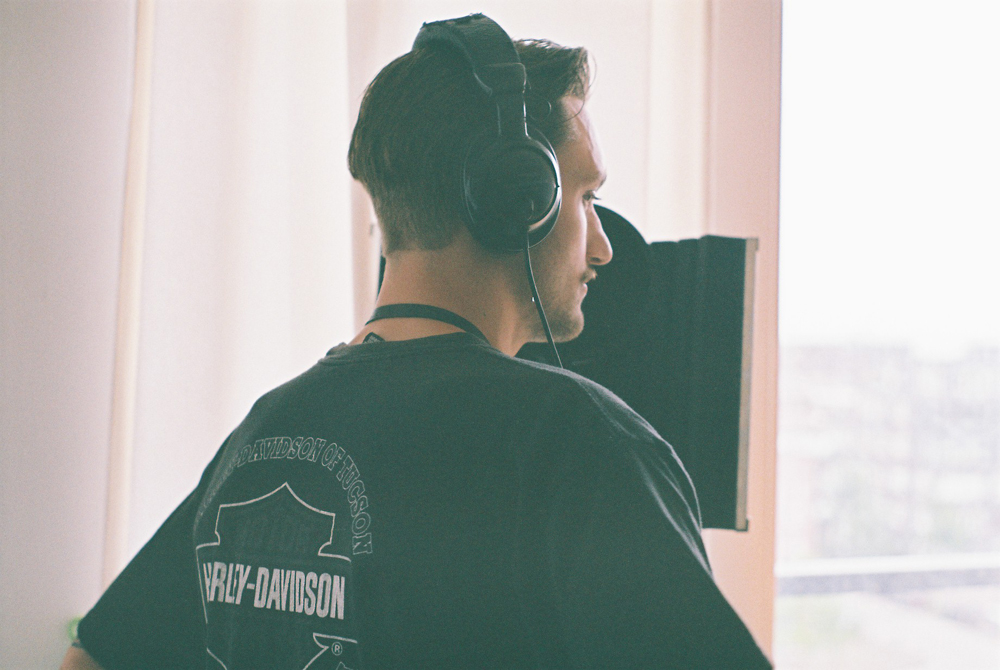 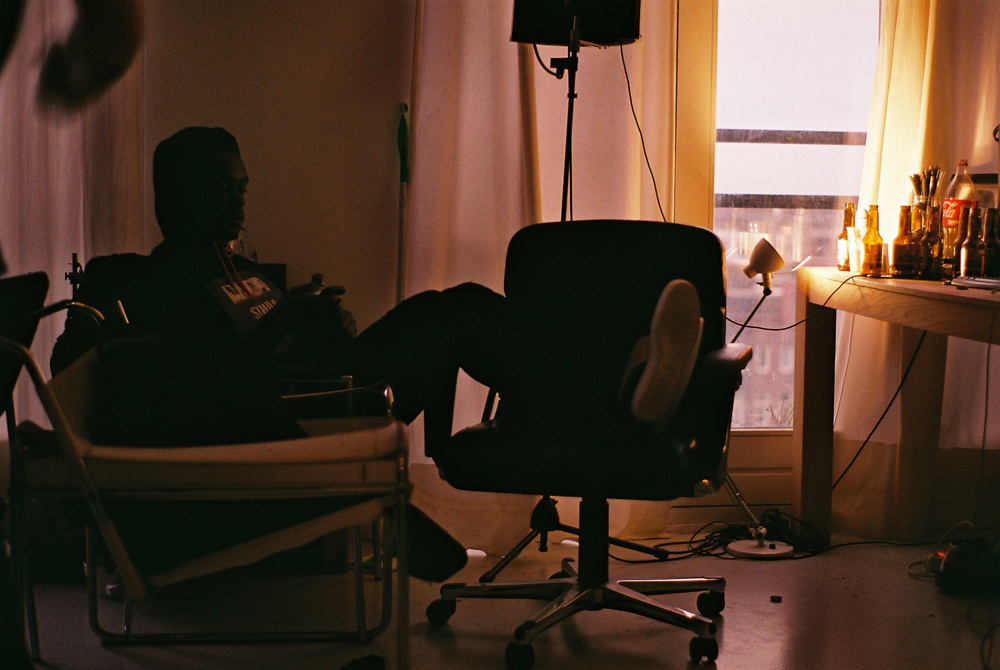 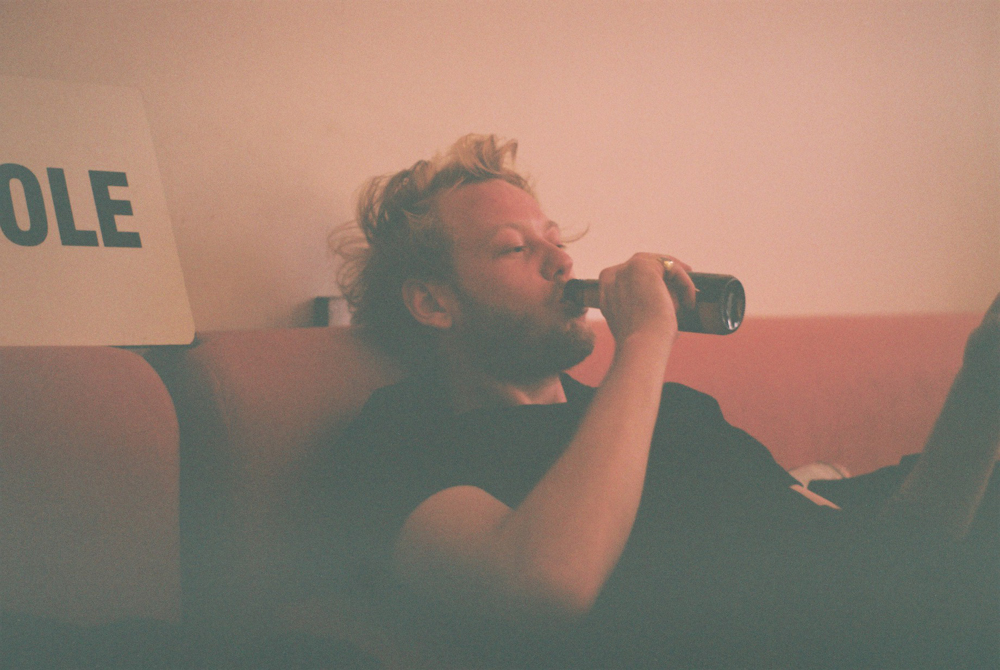 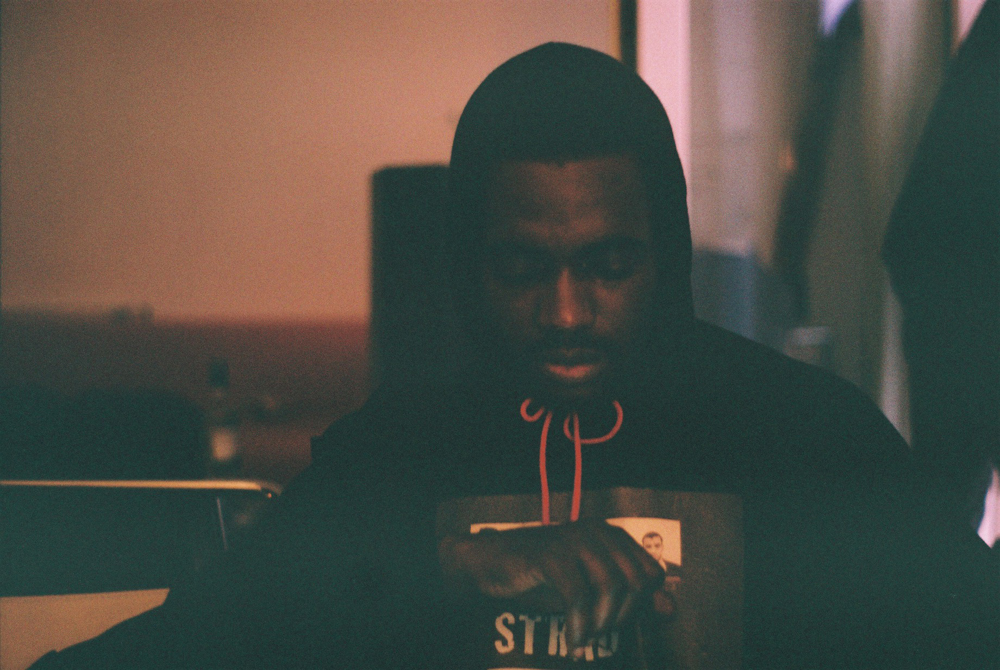