What might get lost in the tornado of centerfolds, airbrushing, and pubic hair we’ve come to associate with the magazine is that Playboy once boasted some of the best literary and journalistic work ever committed to ink and paper. On par with the likes of Esquire, Good Housekeeping, and The New Yorker, Hugh Hefner’s men’s magazine quickly established itself as an editorial powerhouse by paying its contributing writers triple that of its competitors. This budgetary commitment to quality and the mag’s ever-growing cultural clout attracted top writing talent from the worlds of literature, politics, and hard-nosed journalism. Their powerful interviews, fiction, and essays elevated Playboy beyond that of some tawdry titty mags and, in some respects, helped shape the zeitgeist.

To commemorate The Hundreds’ collaboration with the iconic magazine, we’ve put together a primer on the most important written words to ever be published in the pages of Playboy. While this cursory rundown should give you enough ammo to bullshit your way through a brief conversation about the topics—should they come up in a casual conversation—we highly recommend you actually read a few full articles and see what all the hype was about for yourself.

Though Bradbury had his anti-censorship cautionary tale published earlier that year, it was met with little fanfare and would likely have faded into obscurity were it not purchased by Hugh Hefner to be serialized in the second, third, and fourth issues of his new gentleman’s entertainment periodical. Who knows if Playboy would have gone the distance without this seminal literary work helping it through the early days, setting a benchmark for the writing quality expected with each new edition. 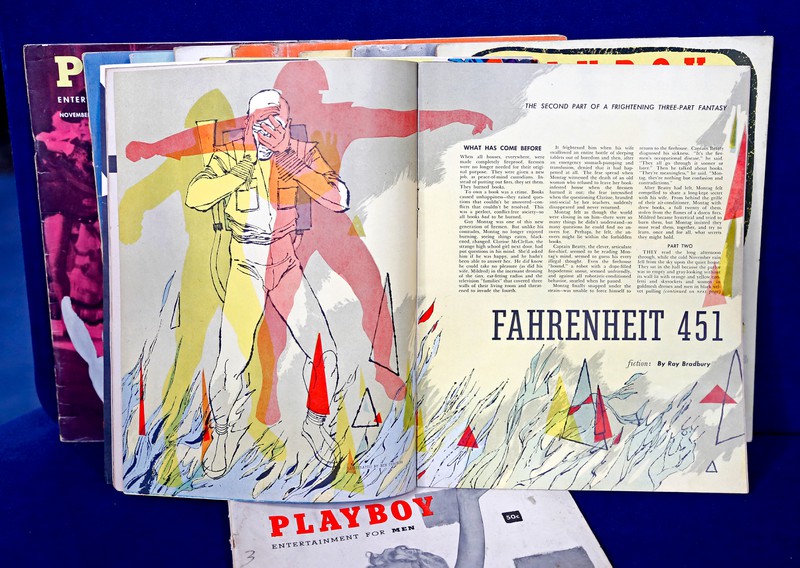 The beatnik iconoclast followed up On the Road with a prequel of sorts that chronicled “the earlier adventures of Dean Moriarty” before the character links up with Kerouac proxy, Sal Paradise. It’s a testament to Playboy’s appeal that they were able to get writing from the immensely popular author at the apex of his career. 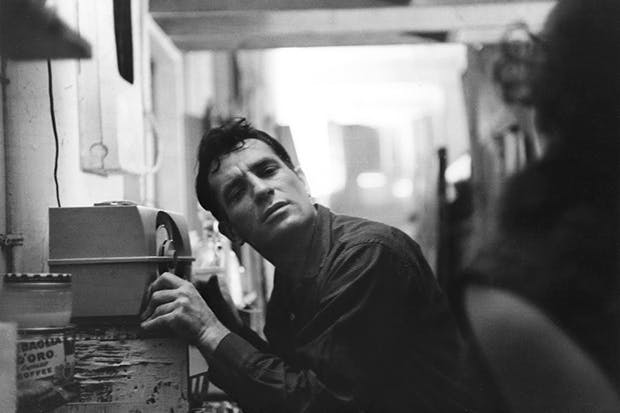 Hugh Hefner didn’t set out to make his gentleman’s magazine a media frontline in the Civil Rights Movement, but as a lifelong jazz aficionado, the notion of racial equality was baked into his DNA. Hefner used his now large platform to feature prominent figures that might not get the same sort of treatment from the mainstream media of the time.

Playboy’s gripping and emotional 1962 Miles Davis interview, conducted by Alex Haley—an unknown African American journalist who later won a Pulitzer Prize—was nothing short of revolutionary in that context. The article also marked the first official “Playboy interview,” a designation that would soon come to be regarded as a seal of excellence. 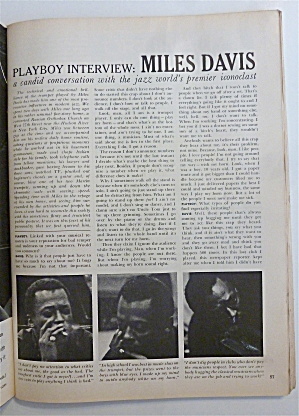 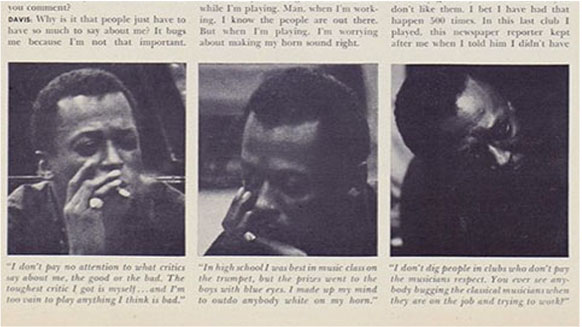 Having just won the Nobel Peace Prize, Dr. King sat down with Alex Haley to give what would be his longest interview with the press over a series of ninety-minute meetings squeezed out of his demanding schedule. Over the course of the interview, King recounts his first brushes with racism, talks candidly about the political hurdles ahead of the country and Civil Rights movement, and gives us what might have been the most important interview in the magazine’s history. Read it here. 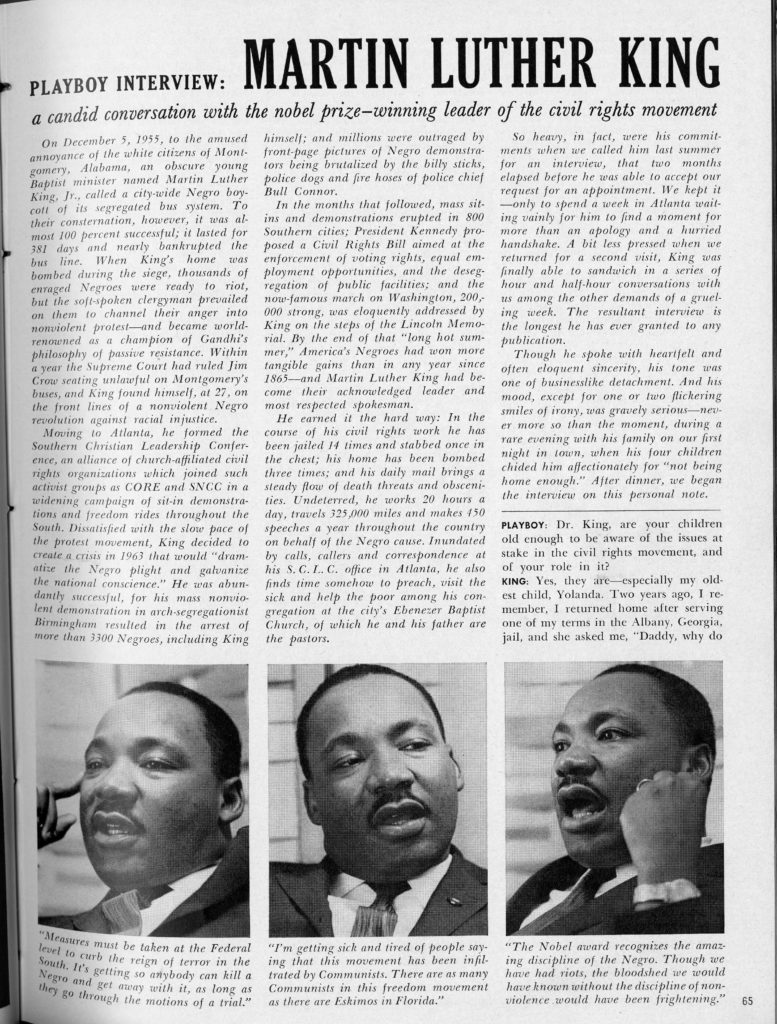 No list of the best of Playboy fiction would be complete without mentioning Márquez and his short story about a floating corpse, published on the heels of his meteoric rise to fame with One Hundred Years of Solitude.

Every modern stunt journalist or interviewer who inserts himself into the story owes everything to the OG gonzo, Hunter S. Thompson, though none have ever matched him. And the king shines as bright as ever in his reporting of a fishing competition in Cozumel, Mexico, that’s full of the coked up, tripped out, and pissed off prose we could always count on him to deliver. 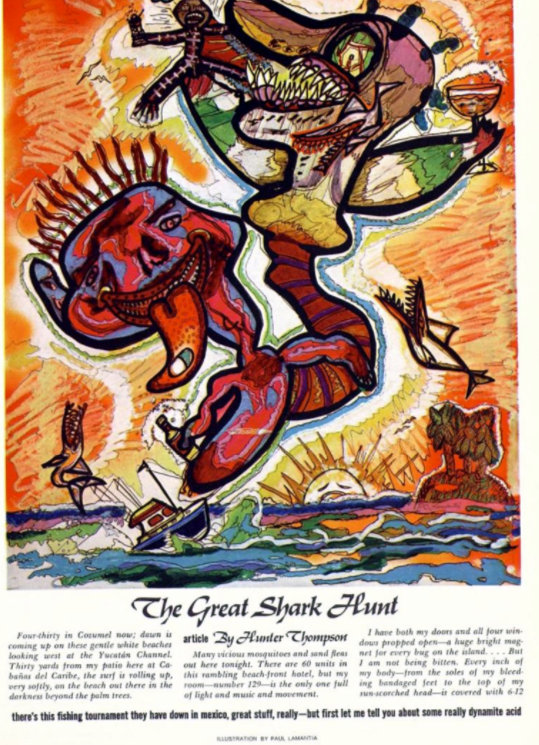 Legend has it that the magazine dropped over $100,000 to get respected novelist and essayist Mailer out to Kinshasa, Zaire, to cover the boxing match between Muhammad Ali and George Foreman—a legendary fight that would come to be known as “The Rumble in the Jungle.” That investment paid off for Playboy as the serialized feature was a huge hit with readers and critics alike and was later turned into a full book. 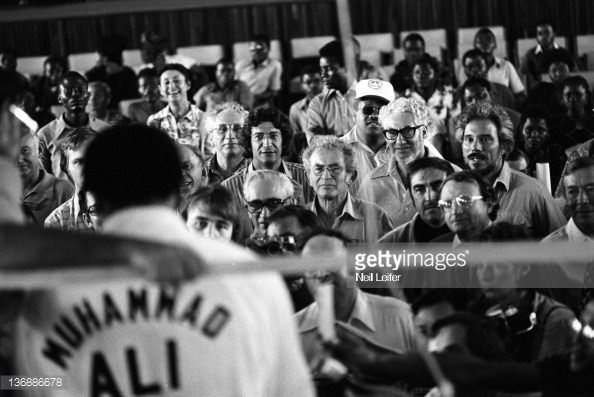 Norman Mailer in the crowd during the fight. Photo: gettyimages.fr

On the campaign road to the White House, then-Governor Jimmy Carter sat down with Playboy. During the interview, Carter admitted that, by virtue of occasionally checking out some attractive women, he’d “committed adultery in [his] heart many times.” While this confession seems adorably wholesome in the context of modern politics, it caused one hell of a stir in the mid-’70s, as the “born again Christian” movement was gaining traction in America. 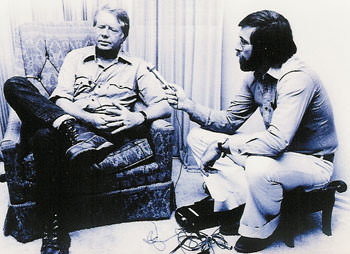 Over his long career, political commentator Gore Vidal’s unabashed embrace of his own sexual fluidity earned him taunts and threats from his political counterparts, including scumbags like William F. Buckley, Jr., but that never stopped the man from being candid or exploring an uncomfortable topic that needed dissection. In a radical essay that enumerated the many ways in which laws and the powers that be covertly dictate our relationship with sex, political commentator Gore Vidal brought his erudite style and trademark eschewing of gender norms to the typically macho Playboy readership.

Murakami’s unique spin on first-person writing style had catapulted him from a successful career in Japan to international stardom by the time he wrote this humorous short story for Playboy about a couple spicing things up with armed robbery. 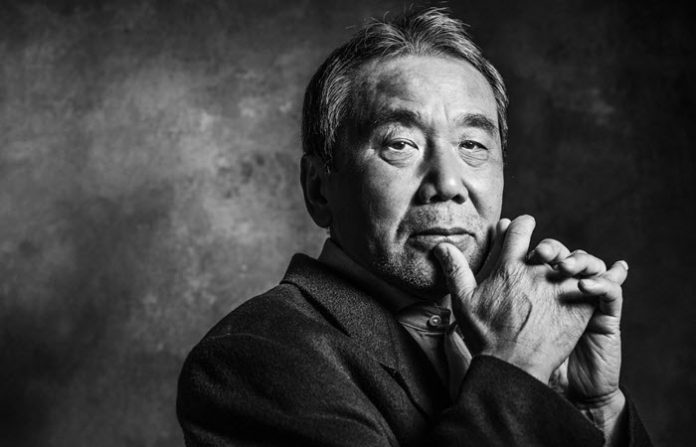 For a brand so tied to heterosexual masculinity, Playboy has featured a surprising number of LGBTQ stories over the years, none of which was more powerful or as game changing as Eric Konigsberg report on the murder of Teena Renae Brandon. Brandon, a trans man, was killed in Nebraska two years prior, when local bigots took umbrage with his chosen presentation. Though the pronouns of Konigsberg’s article would be considered unwoke by today’s standards, his sympathetic and blunt reporting of the crime gave Brandon dignity in death that he was denied in life and would go on to inspire the Oscar-winning film about his struggle, Boys Don’t Cry.