RAIN ON THE PARADE

Somewhere, the old man is snoring. 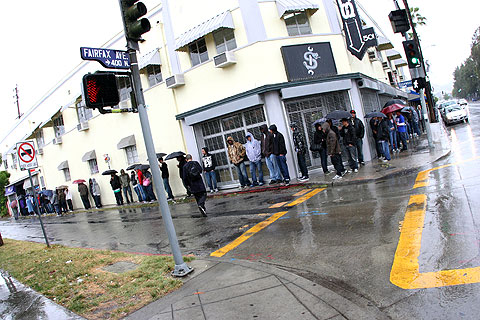 The Hundreds x New Era “Black Adam” fitted dropped today at the Store. Some of the most loyal were here since the wee hours of the morning, and most likely returned home with a fresh 59/50 and an extra large pneumonia. 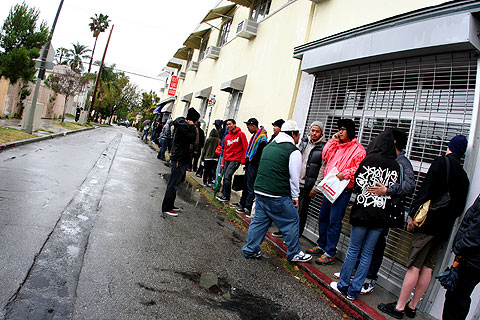 This guy got fired from his job at Best Buy this morning to be here. I’m not saying that’s the best life decision, but at least he’ll have the coolest hat in the unemployment line. 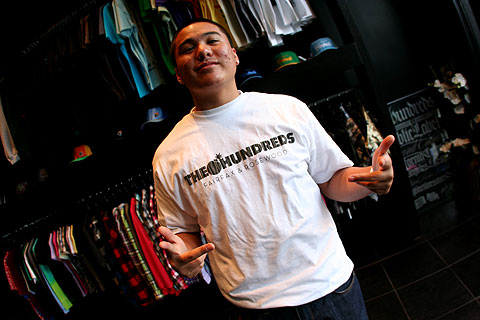 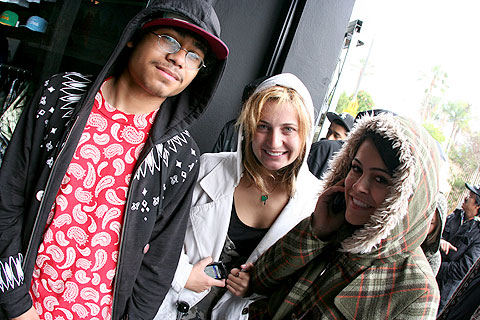 Of course Noelle is here. He’s related to half the line! And speaking of hats…that’s from the first run of the “Team” snap-back that we dropped 3 years ago. Mint condition (except for the fact hat it’s soaked in acid rain). 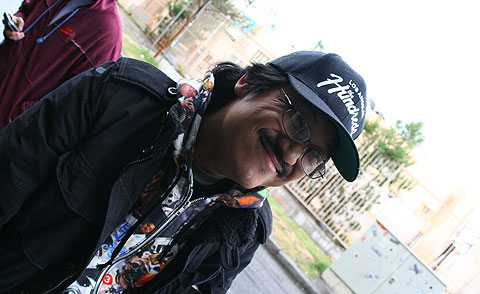 Swoshmn is already one step ahead of the trends. Introducing the all-over-print rain-streaked TH hoody. 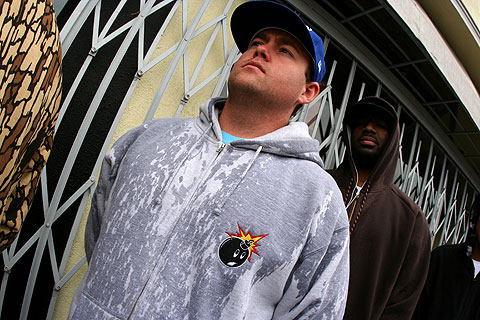 Round and round we go. This guy waited an hour in line, then jumped back in for a second ride. 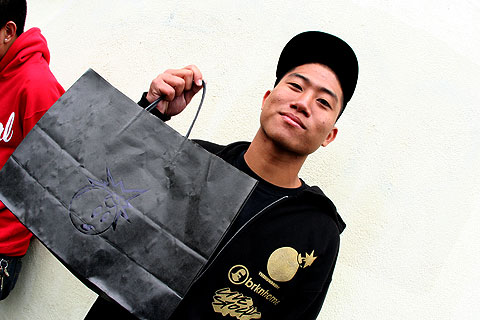 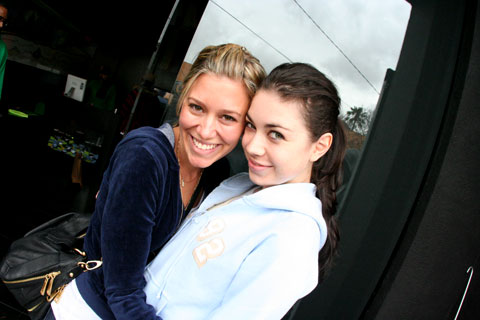 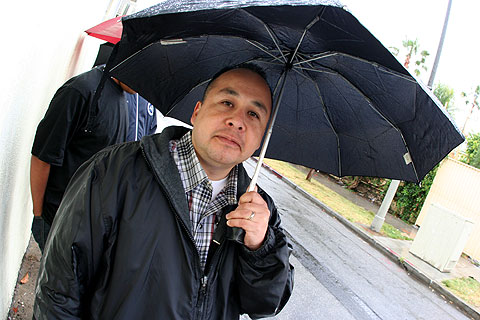 This kid’s supposed to be in a midterm. Not as bad as Fired Guy, but he’s a definite contender for Questionable Decisionmaker of the Day. 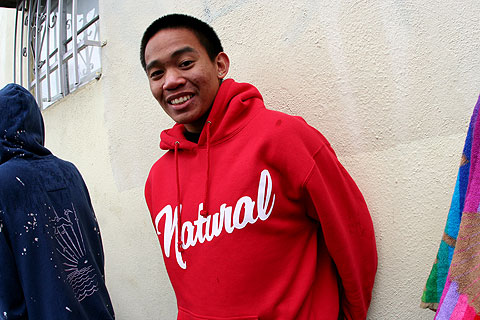 This Geneva native walked up to me and gave me the Swiss Inquisiton. He lives up the street and was completely perplexed by what was going on (Aren’t we all?). After grilling my brains into tiny bits and pieces, he turned around, and stood in line for an hour to get a hat. The Hundreds is huge in Switzerland. 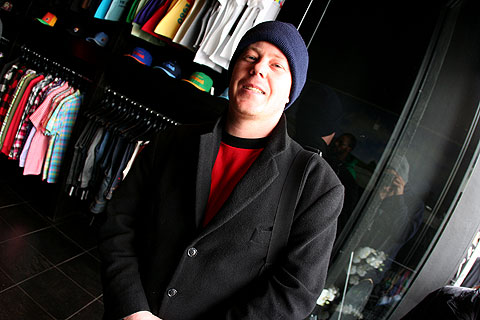 I got into an argument with Carlos 2 years ago on a messageboard, but this was the first time I’ve ever met him in person. One of the most knowledgable cats on Angeleno history and the street/sneaker culture that I’ve ever met. And he’s not even in the industry. He did drop off some tees he made for his company: The South Central Los Angeles Fire Department. 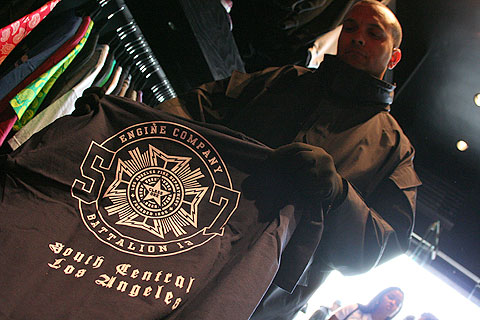 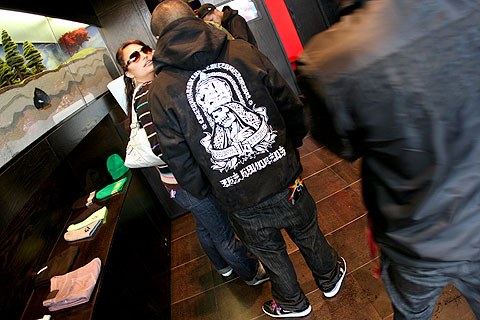