Chukkee was out in front of THLA popping 360 flips this afternoon. 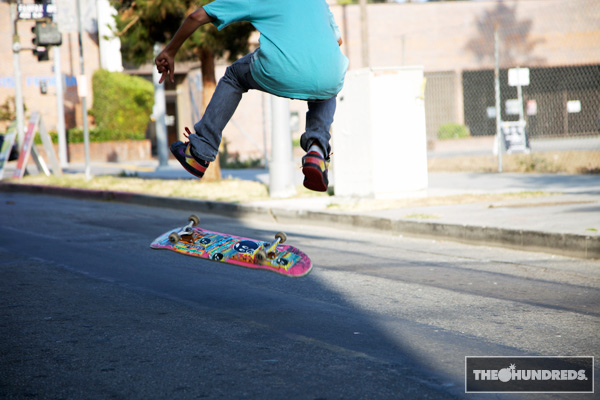 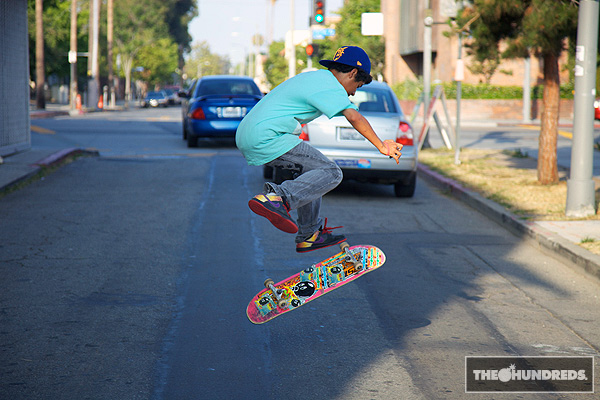 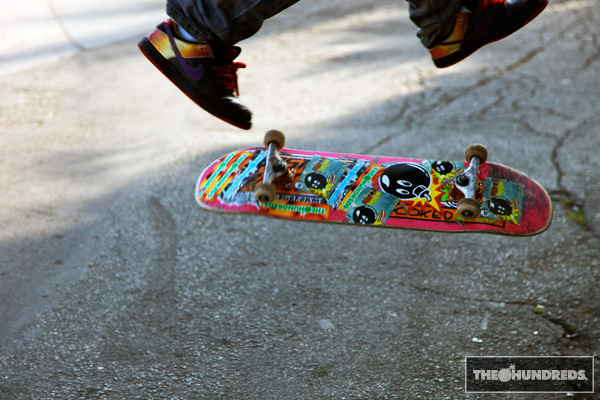 And then moved in on his frontside bigspin heelflips. 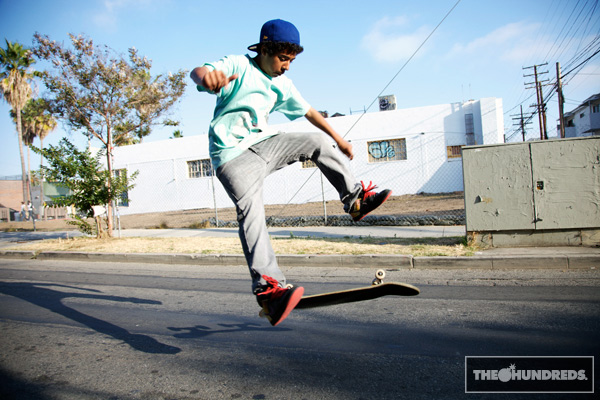 Under the watchful eye of coach Jimmy Gorecki. 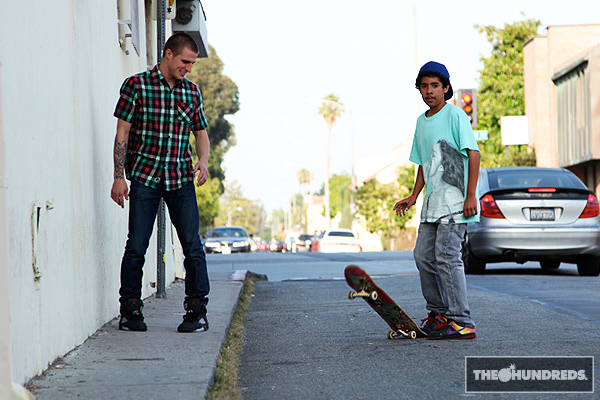 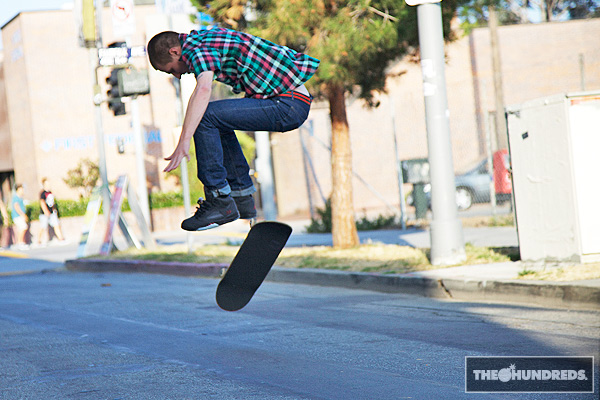 I ran up to Melrose to have a quick meeting with Dom at Brooklyn Projects. If walls could talk… 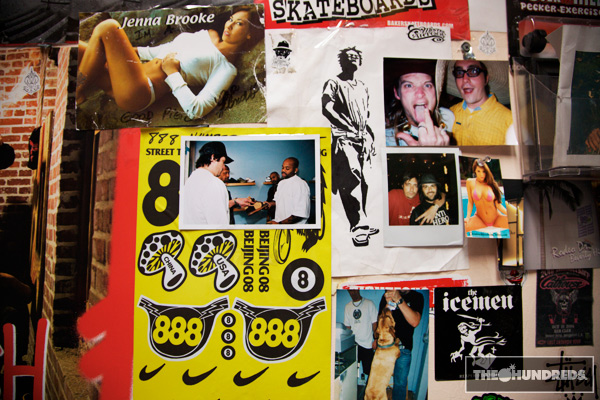 Look what Dom found, a vintage issue of Transworld STANCE. This was the magazine that laid the blueprint for today’s street culture rags like Complex and Antenna. Look at that cover, one of the last times the Lakers won the championship, with Koston, Howard, and Shaq-era Laker girls in tow. 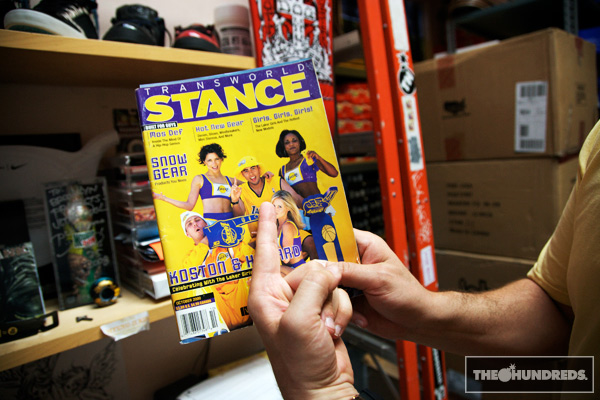 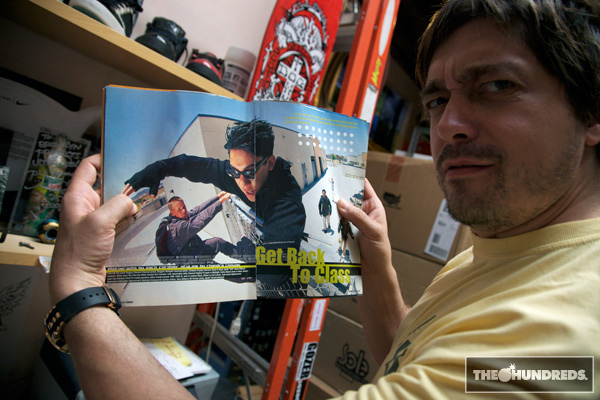 Annnyways, meanwhile, back at The Hundreds.. 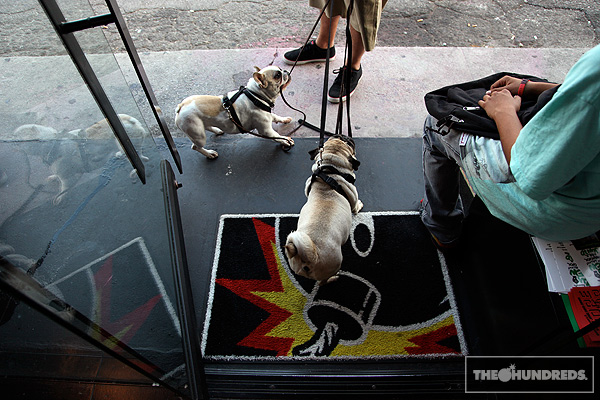 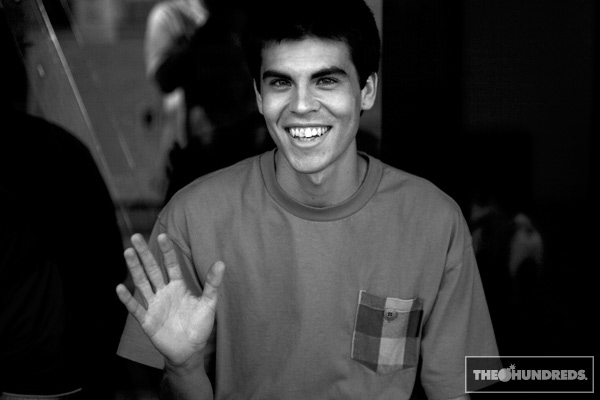 So as of today, I’m officially declaring Sagan as the Captain of The Hundreds Masturskate team.

Bad news for these girls. 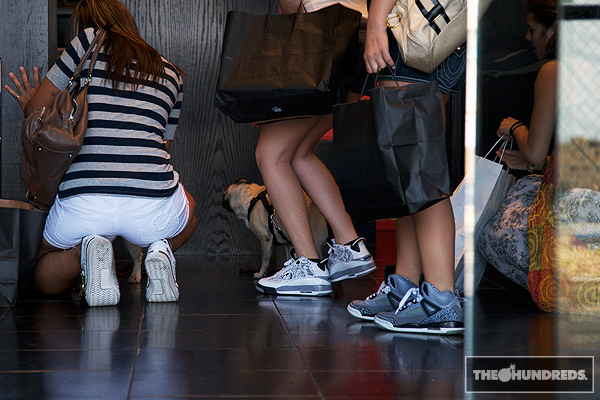