For Kentucky born and raised R&B guitarist/singer Pinky Liberachi, it’s all about making people feel. “I don’t try to pay too much attention to theory. I like to go strictly off of how something makes me feel,” he says. “If the record’s sad, I want the solo to feel like I’m crying. It’s all about the feeling.” Watching our recent video of Pinky playing a guitar solo at The Hundreds Homebase, and listening to his Valentine’s Day release Love Pink EP, it’s easy to understand what he means.

His guitar-laced R&B is reintroducing real instrumentation back into a genre that has for the past few years been co-opted by trap beats—and his guitar sings. His guitar is an instrument of his expression, and his aim is to incite emotion: “[With guitar], I want to add to the feeling, it’s an ambience thing, it’s changing the lighting of a song. I like to make people feel. If I play with a different band or different people or if I’m playing with my own music—if I’m playing live, I want people to feel it. Even if you’re not paying attention to my performance, and you hear the guitar—like you’re talking at the bar and you hear my guitar, I want to get your attention and make you feel something, and if I don’t do that before the end of the performance, I don’t feel good. So I try to do that every time I play the guitar. I just want to make people feel.” 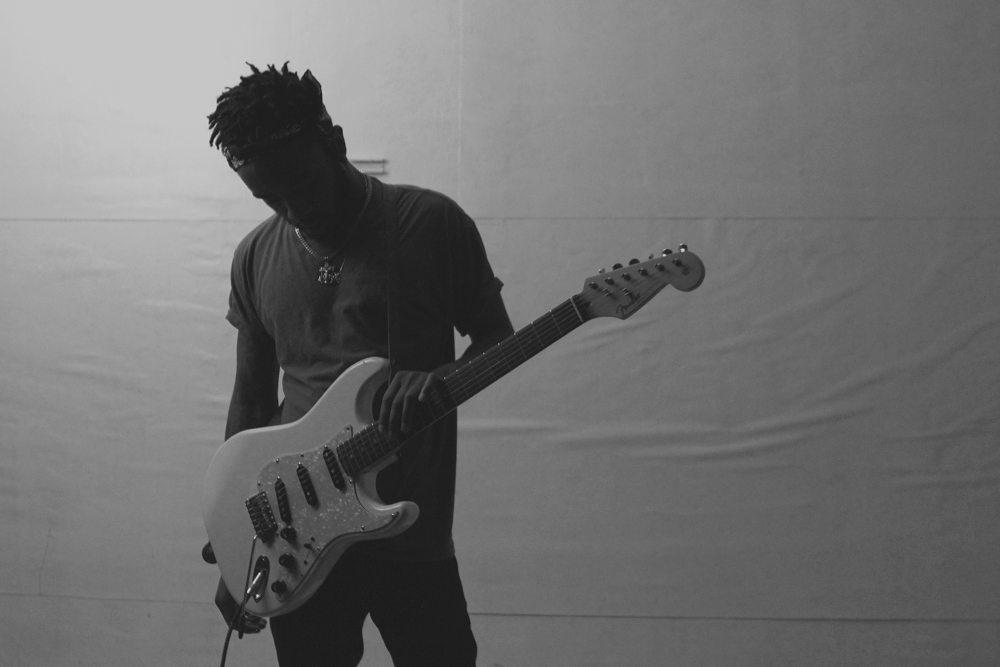 Tomorrow, Pinky will be headlining our newest edition of SPITSET, a free monthly event carefully curated by Alexander Spit and aimed at featuring artists that define our city’s charisma. He’ll be playing a very special set—his LA debut—alongside Like of Pac Div, who will be performing a DJ set. RSVP at thehundreds.com/SPITSET.

To get to know him better, we asked Pinky Liberachi to share his 5 favorite guitarists of all time and why:

Jimi Hendrix is my all time favorite, I have him tattooed on me. The very first song that I learned how to play was Jimi Hendrix’s “Hey Joe.” So he’s always been my favorite. He’s pretty cool, he has the craziest style on guitar. He can go totally psychedelic, he can go simple, he can go wild—he’s totally sloppy on guitar, so he’s really feeling it, it’s not too calculated, it’s just like pure feeling. That’s what I love about Jimi Hendrix.

Prince influences me a lot because he has really good arrangements and he’s very talented on multiple instruments, so that made me want to play a lot of different instruments. He has the craziest style on his guitar that I’ve probably ever heard—and he can duplicate it on any instrument. I like that about him… I play guitar, drums, bass, and keyboards, but I want to learn more. He’s a very big influence on how I compose my music and arrange my music.

Stevie Ray Vaughan, he’s like the craziest soloist ever. The way he approaches the guitar, the way he approaches solos, his placement, his timing—I don’t think anybody’s ever played like that. He’ll tear a whole solo up. If you give him a minute of solo time, you won’t even remember anything else that happened that day [laughs]. I like that about him.

There’s this video where he’s sound checking—it’s a crazy ass video. It’s literally just the sound check before the show and he has this leopard print jacket on and he kills it. It isn’t even a real show! He’s just goofing around during sound check—it’s crazy. He comes in with his big cowboy hat and his boots and his hair is long, hanging out the back, and he’s killing it.

B.B. King, he’s always going to be classic. Not just because he mastered the blues style, but he was one of my favorite people who named their guitar and branded their guitar playing off of their guitar, making it a girl. His guitar’s name was Lucille, and it gave me an idea to name my guitar. I named my guitar after my grandmother—the guitar’s name is Ella. So that was a really big influence.

He gave [his guitar] a personality, gave it a name; he humanized an instrument. He makes his guitar sing like a woman, it’s crazy. My favorite BB King song is “The Thrill is Gone.”

I like his chording. He chords so crazy. The voicings make [the guitar] sound like a different instrument. He’s more of an R&B gospel-like musician, but he’s very versatile, I like his versatility on his instrument. He’s played with all types of people, it’s crazy, his track record.

I play certain chords like him because I’ve heard him play. I’ll never be able to master it completely, and that’s what I love about it. He’s so complex on his instrument, but it gives you a feeling every time you hear it play. That’s what I like about him.

I like all the live videos he’s done with BJ the Chicago Kid. There’s one specific one where they play “How Does it Feel” by D’Angelo. BJ sings it and he does the solo on that, it’s fucking crazy. He kills it every time and his guitar tone is really crazy, his guitar doesn’t sound—it’s like a jazz tone, but he doesn’t play like a jazz player. It’s really wild.

RSVP for tomorrow’s SPITSET at thehundreds.com/spitset or click on the flyer below. 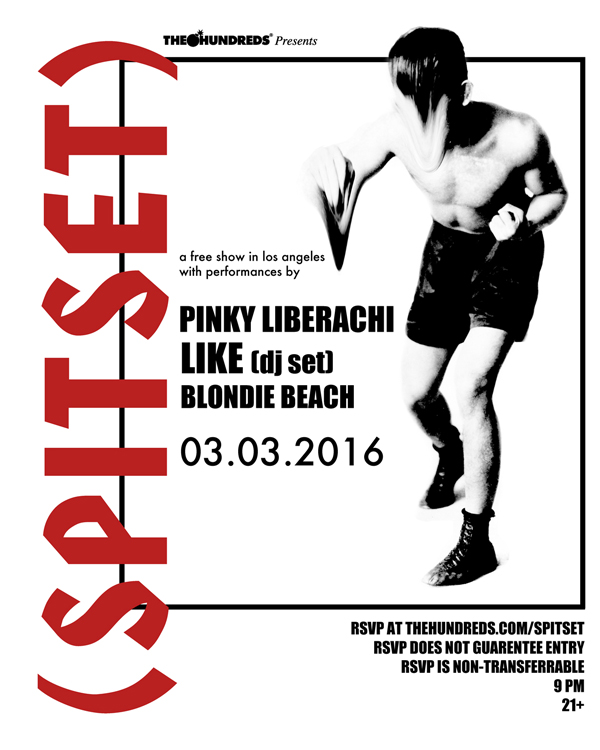