Oh, the good parts, there are too many to list. Everything about my job is good, maybe even great. I get to draw pictures all day and travel to faraway places and wear clothes I designed myself and I get to come on here everyday and write about whatever blah blah blah and you guys are kind enough to humor me and read it. I get to shoot photographs of interesting people, the world’s most complex personalities, and I get to tell their stories. I get free stuff, and the more I can afford to buy all this stuff, the more I get it for free. It makes no sense, but that’s another good part about my job. I get to have a million friends, I get to eat extravagant dinners with people I’ve always admired, I get to meet my heroes and if they turn out to be jerk-offs, then I get to go after them and beat ’em at their own game (that’s one of my favorite parts).

And then there are bad parts. There aren’t a lot. There are so few that I have to think about it for a while to remember what the bad parts are. I hate the business-driven moments where I have to emphasize making money over taking a creative risk. I hate writer’s block. I abhor designer’s block. I hate running a blog every day for a decade and if I go a few days without inspiring content, the world gives up on me. Then there’s the lack of loyalty, the deceit and double-crossing amongst people you loved as family… yuck, that’s a really bad part.

But the absolute, god-awful, worst part about it all is when one of your staff – your crew – your friends – comes to your desk and tells you he is regrettably moving on. Without you. After all the years, after seeing you and the brand struggle and elevate and become something bigger, it is time for him to elevate and become something bigger, someone greater. Man, it sucks when you have to fire an employee or let them go, but not nearly as much as when they quit you. And how can we be upset? That’s all Ben and I ever want for these guys (and girls). As much as we don’t want to lose them, as much as it’s gonna be a pain to find someone who can replace them (and they are all irreplaceable), what a great feeling to know that one of our own has moved on, has become someone a little different now, has changed. For the better.

Switch was one of the first onboard. You all know Switch. Over the years, he’s written for and managed The Feed, but most notably handled all of our product photography for The Hundreds. His ollies are fatter than your mom. He’s been known to fall asleep in his car outside the club. Switch runsthe world’s most famous Tumblr. Most of all, he was there first. If you dig through our archives, he’s right there. He was The Hundreds back when you thought we were an indie band or a Pilates move. And I hope he will be forever.

This guy right here is now a New Yorker, working on the next phase of his career and life. If you see him out there, give him a high-five for us and tell him we miss him! And ask him what the deal is, because he’s really really late for work today! 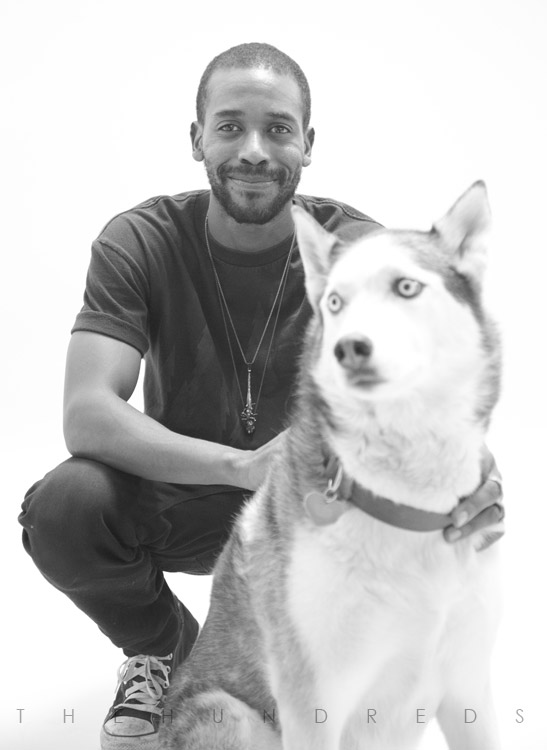