OFF THE TOP OF THE HEAD.

So I spoke too soon. I guess I’m not really done breaking down the best videos of 2010.

This is Andrew. He’s one of the 5 lowly interns we have at The Hundreds right now and the kid is an absolute case. He’s actually the shop intern at The Hundreds New York, but home during winter break from NYU to terrorize us here at The Hundreds HQ. As smart as college boy is, he’s a genuine superidiot, and somehow Ben Hundreds convinced him that he was an experienced hairstylist. So Andrew let his giant Stewie head get chopped and screwed by Ben’s demon-possessed clippers. The results were nothing short of a masterpiece. 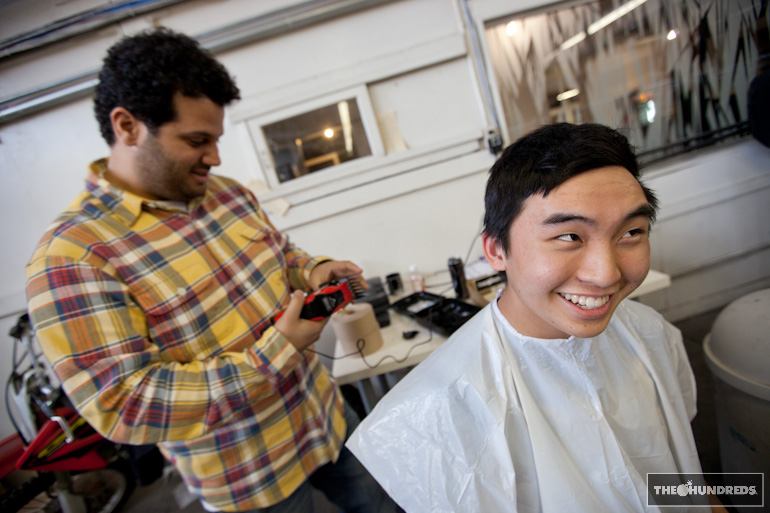 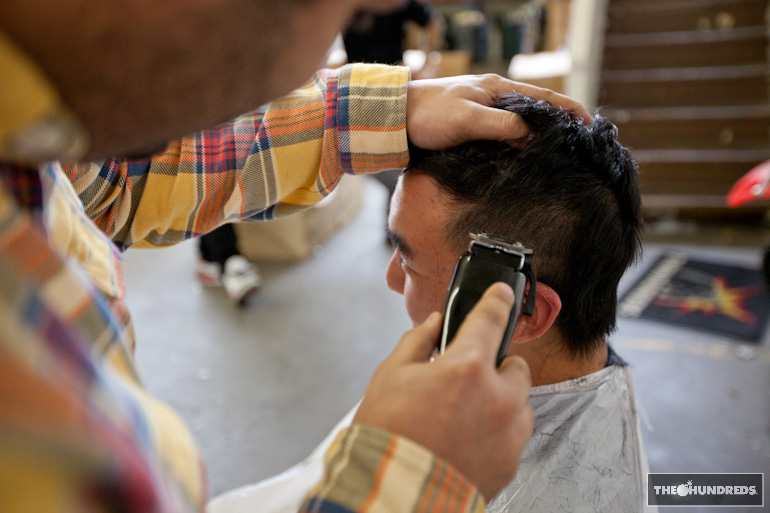 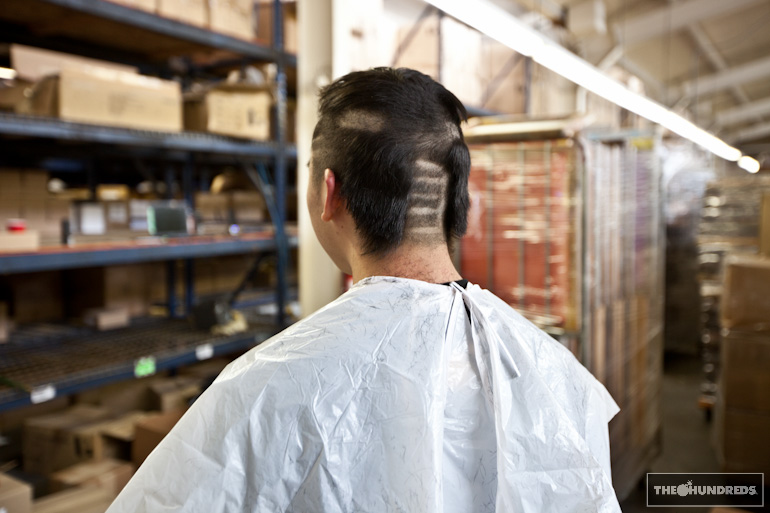 Robby came in later in the day and Ben told him he’d hook him up with a sick fade. Maybe even an Argentine soccer playing fashion mullet. I think Ben really outdid himself with this one. 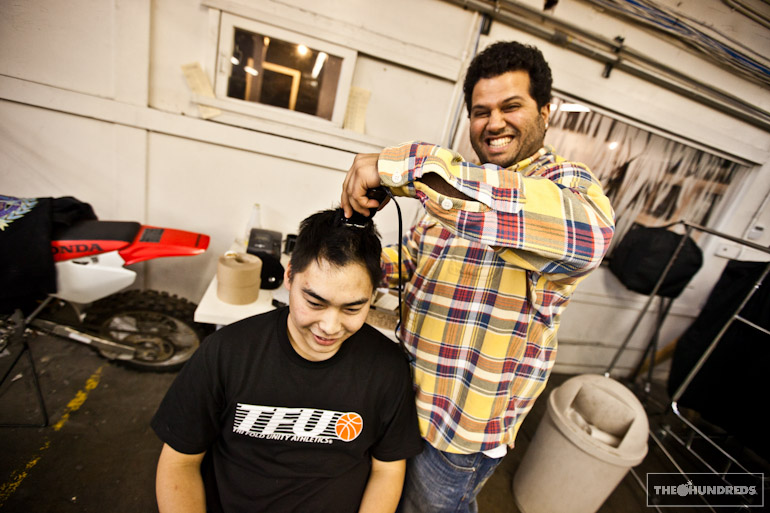 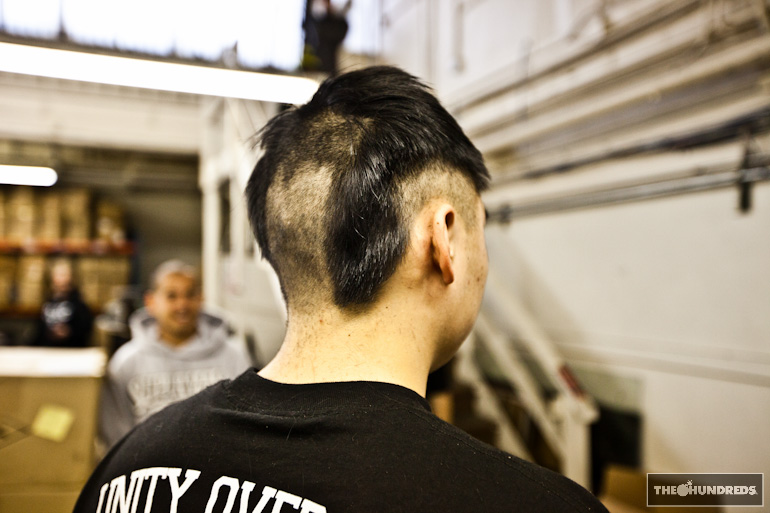 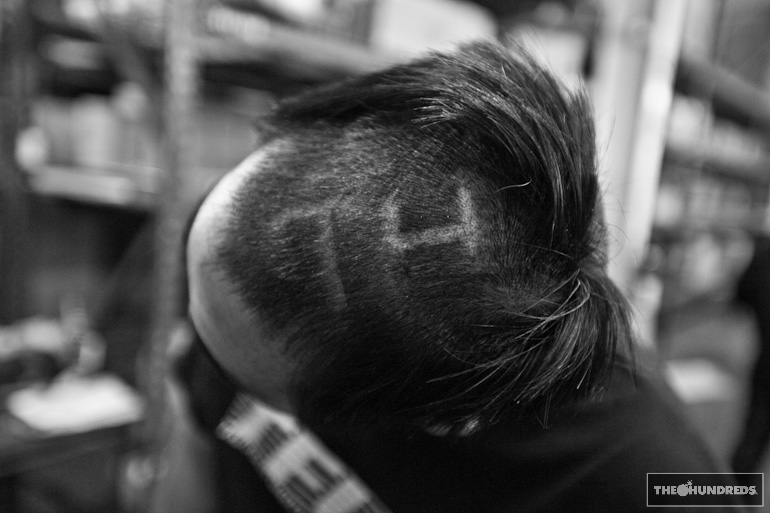 Next, we’re going after Mandee Guns.