OF MONSTERS AND MEN.

We may not have a Great Wall or a Coliseum or a Christ the Redeeemer statue, but out in the California desert, we have Dinny the Apatosaurus and Mr. Rex the Tyrannosaur. Touted as the world’s biggest dinosaurs, Cabazon’s roadside attractions have been part of Americana pop-culture since the ’60s. In the ’80s and ’90s, they continued to cameo in film, music videos, and even Stussy t-shirts. They’re no Statue of Liberty, and they may act as tools of Creationist propaganda today, but Dinny and Rex are as Cali living as the Burger King that sits at their feet. 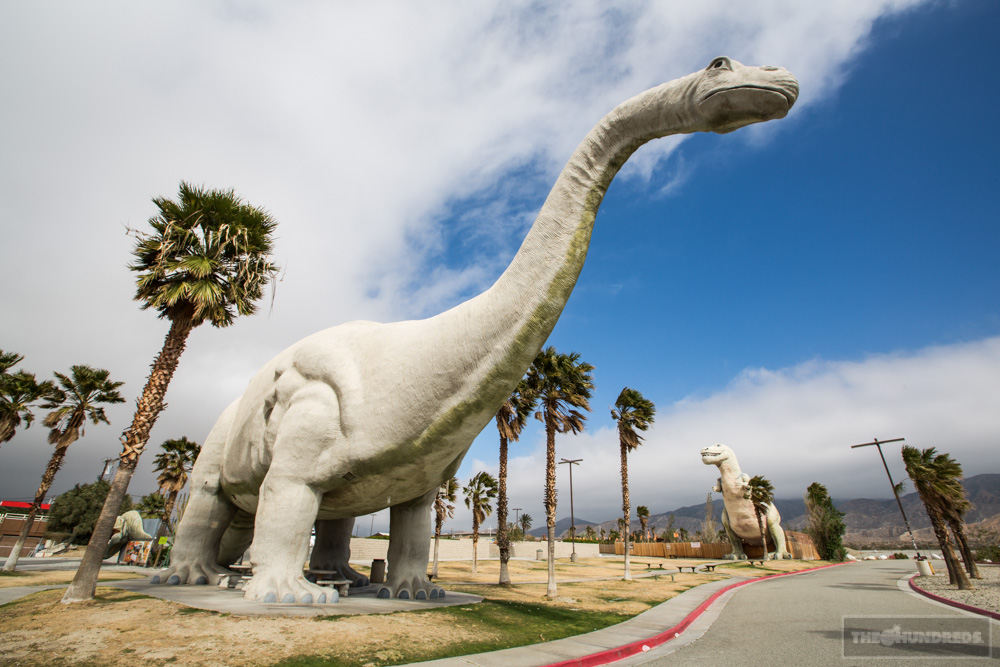 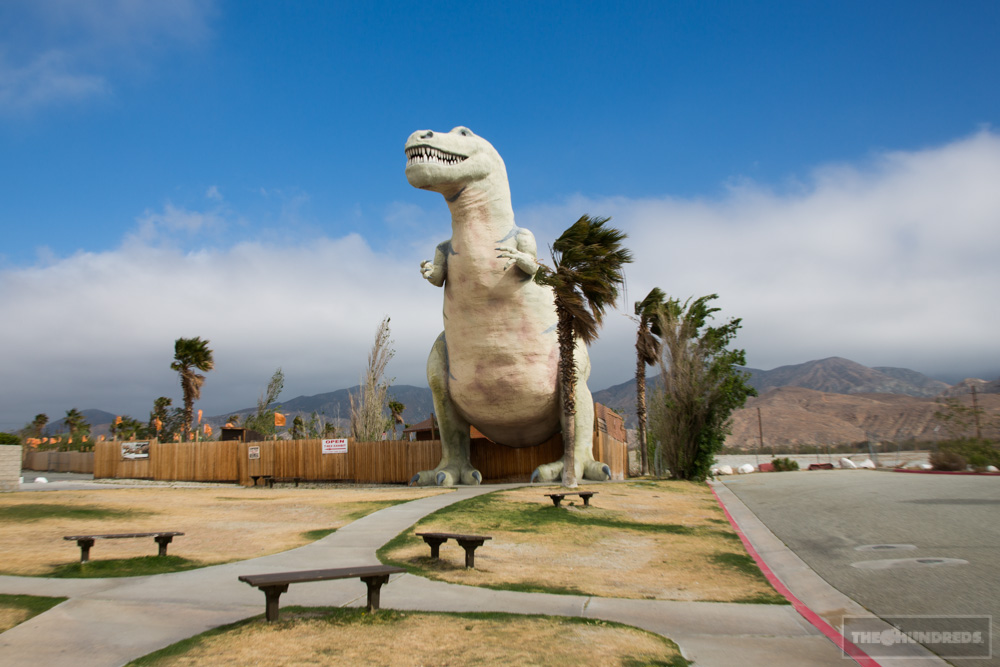 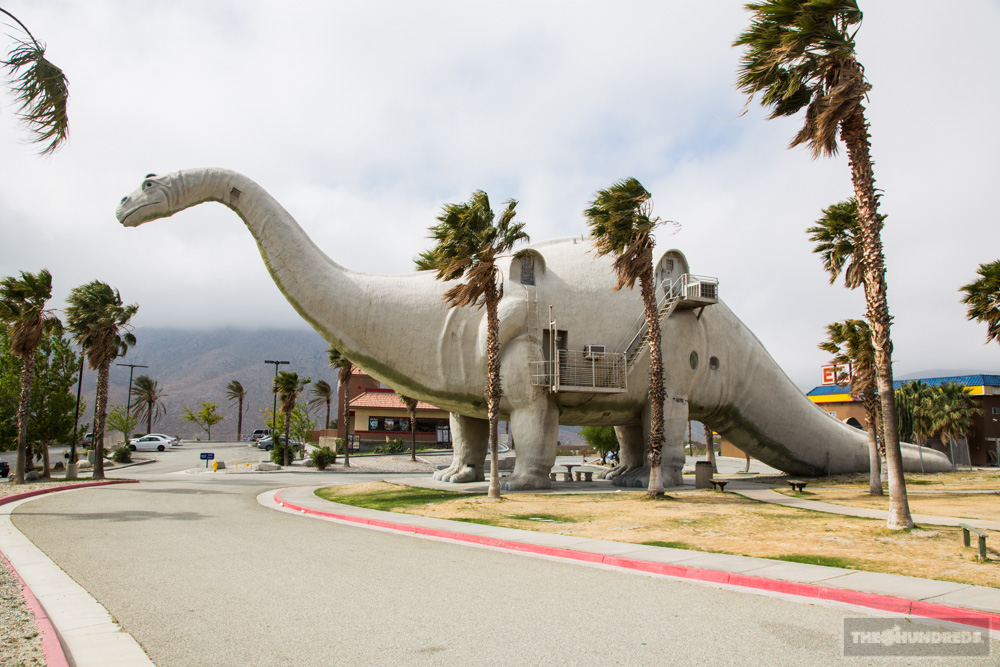 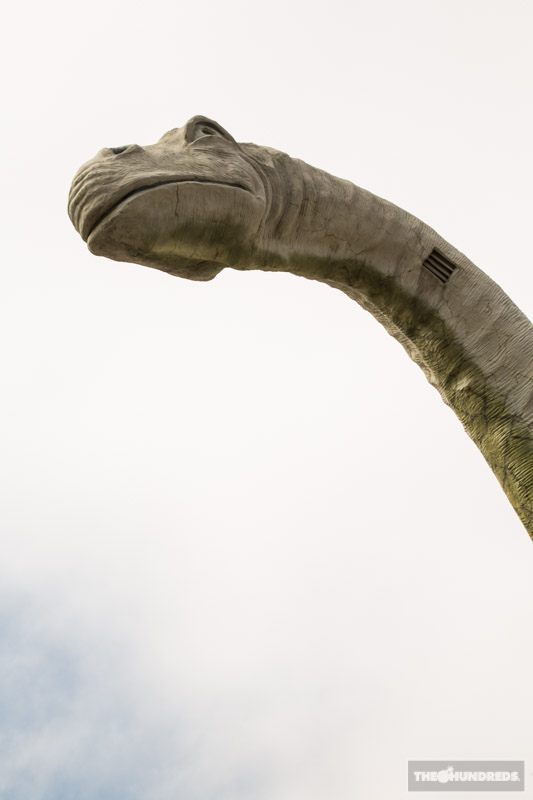