Not so hidden Agenda 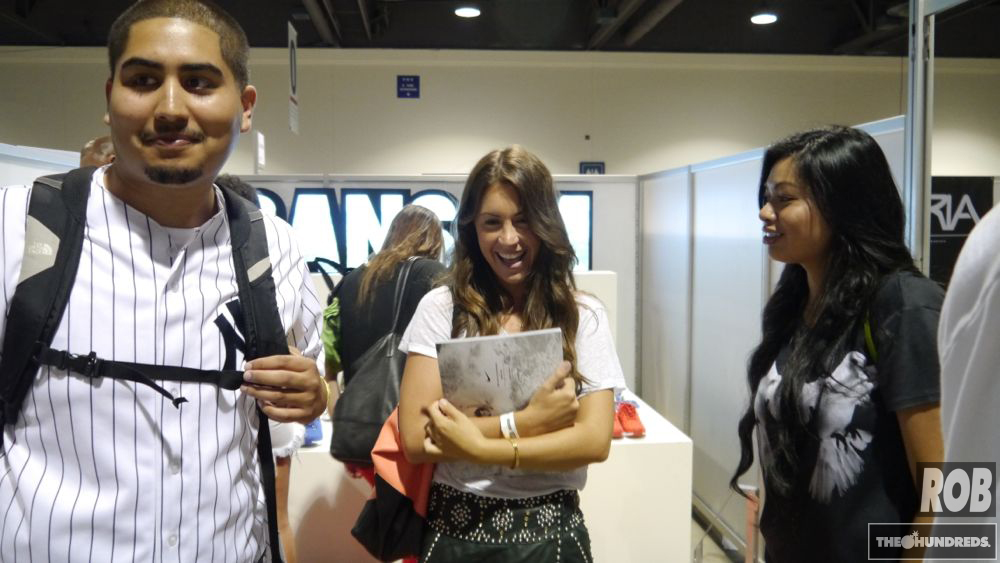 Another year, another trade show. Except Aaron Levant’s little trade-show seems to be growing and consuming all other trade shows. I have been to a few Agenda’s, but this is SF blogger�Jorge’s first. I still don’t know what possessed him to wear a Derek Jeter jersey to a fashion show… rookie error. 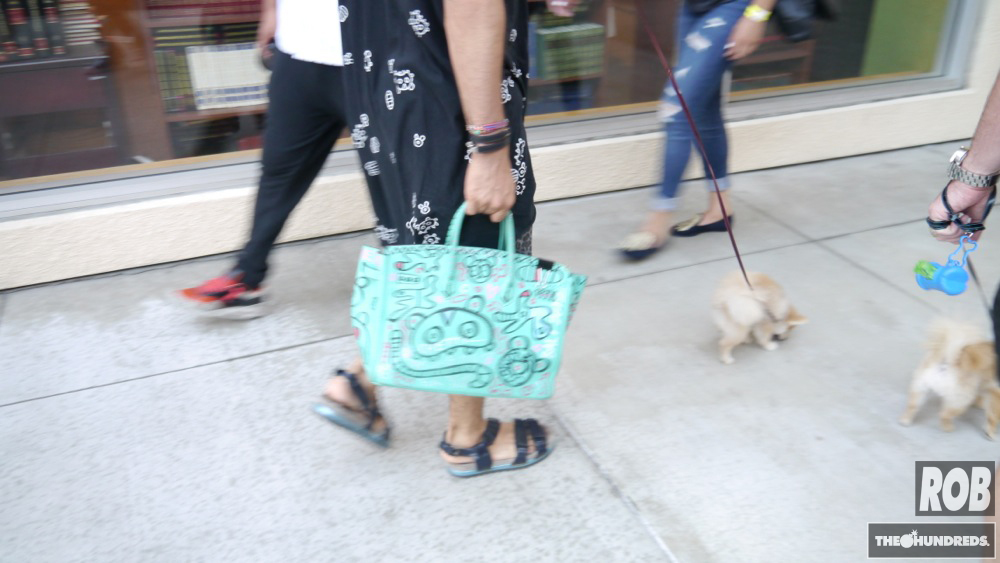 Fake Birkin alert! News flash to the unoriginal fuck holding it… Lady Gaga drew all over her’s like 3 years ago. You’re doing it wrong. 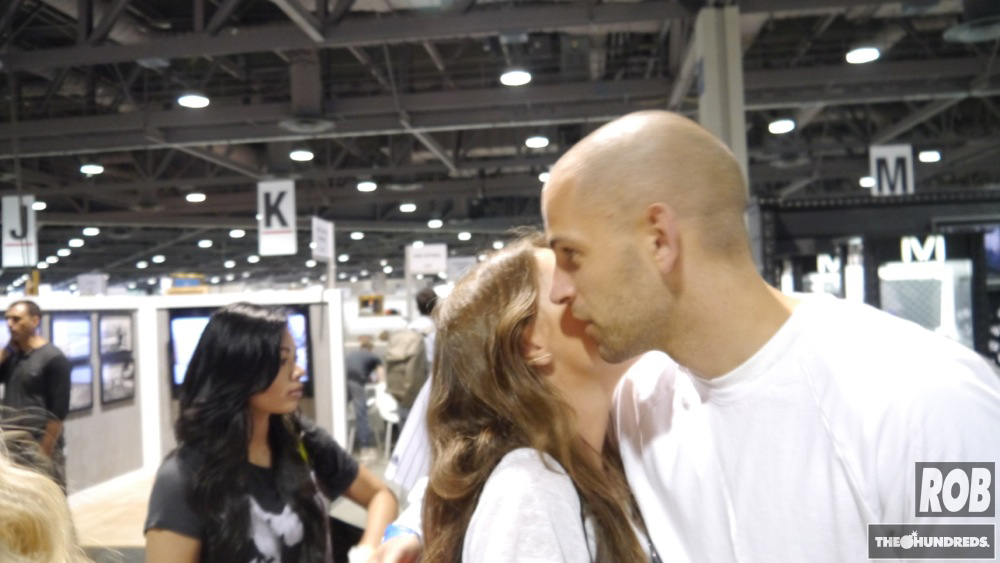 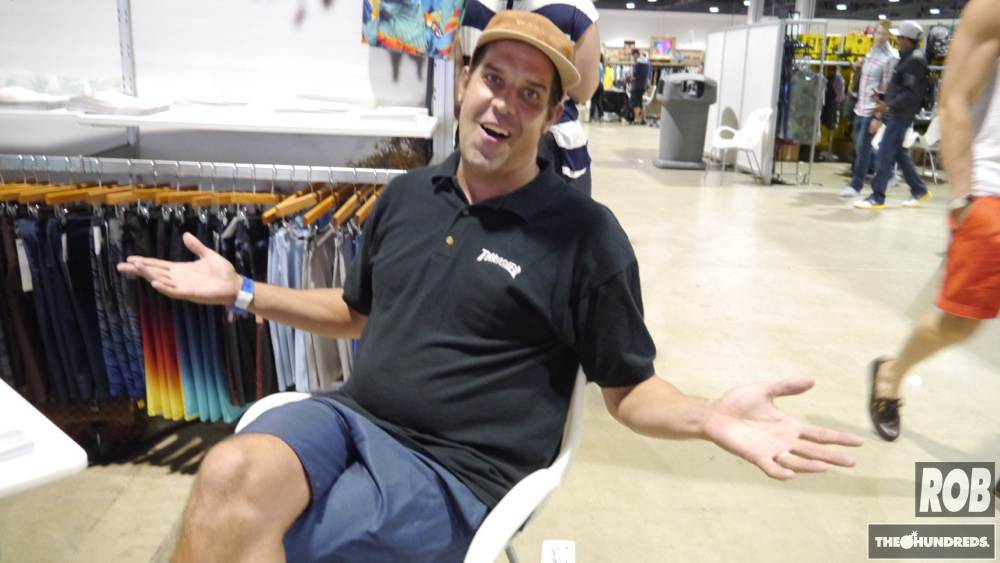 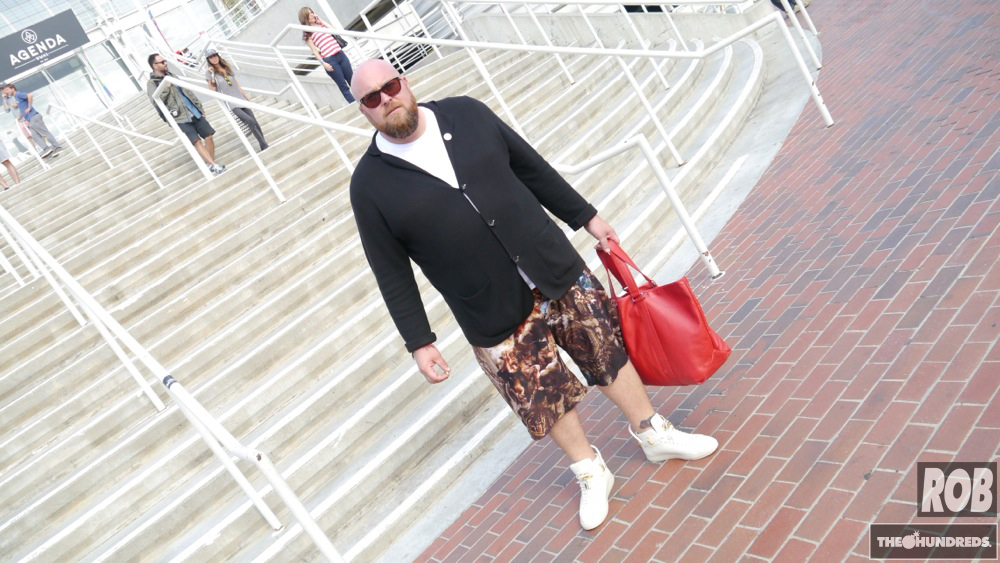 Jon Buscemi asks “do you even trade show?” You changed bro. 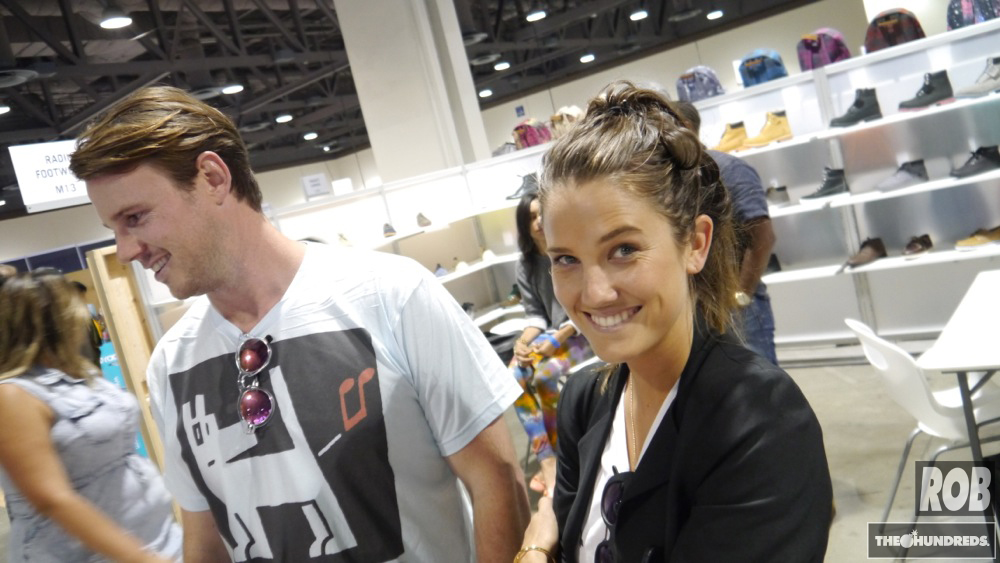 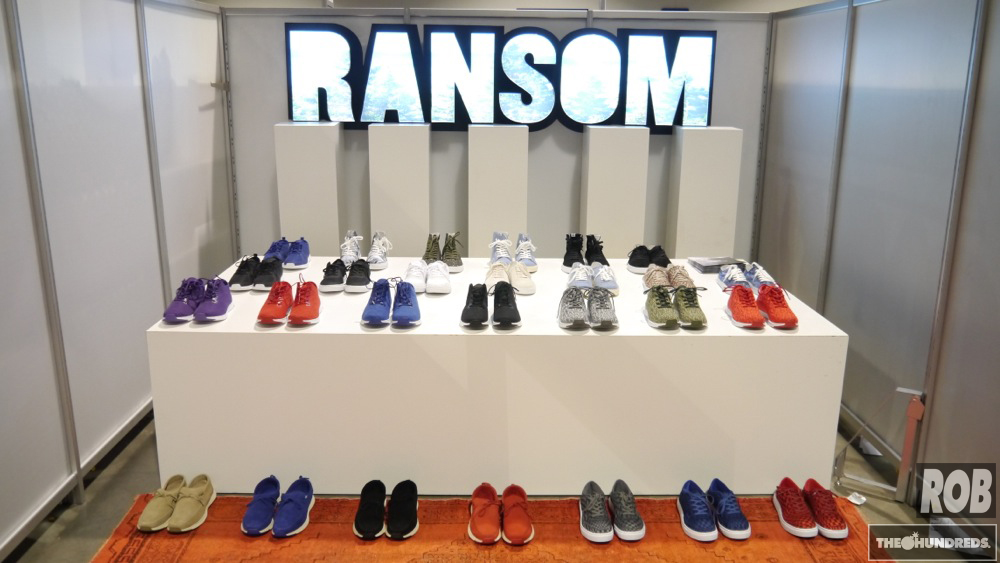 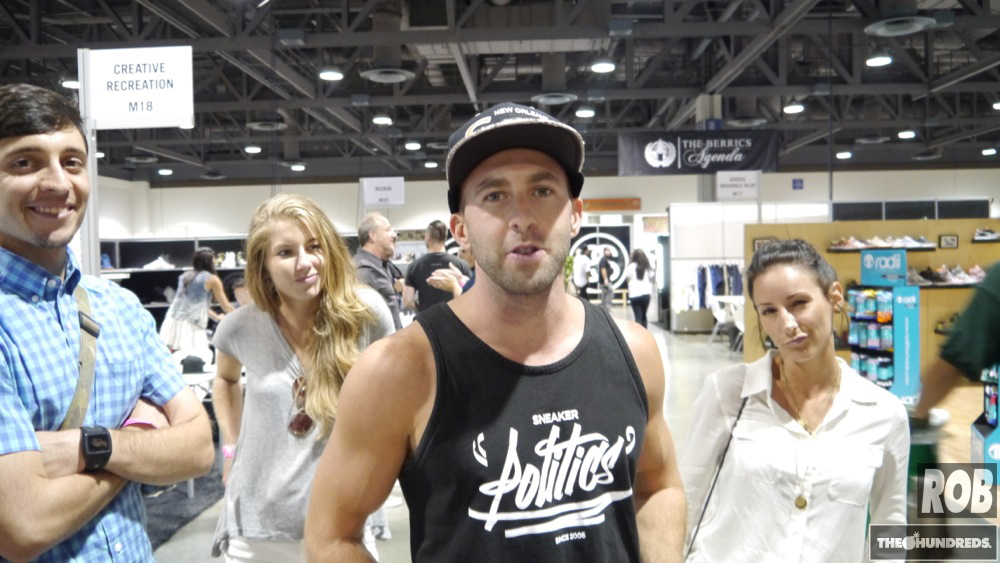 Derek owns and operates Sneaker Politics in Louisiana. Looks like tank tops are still cool there. 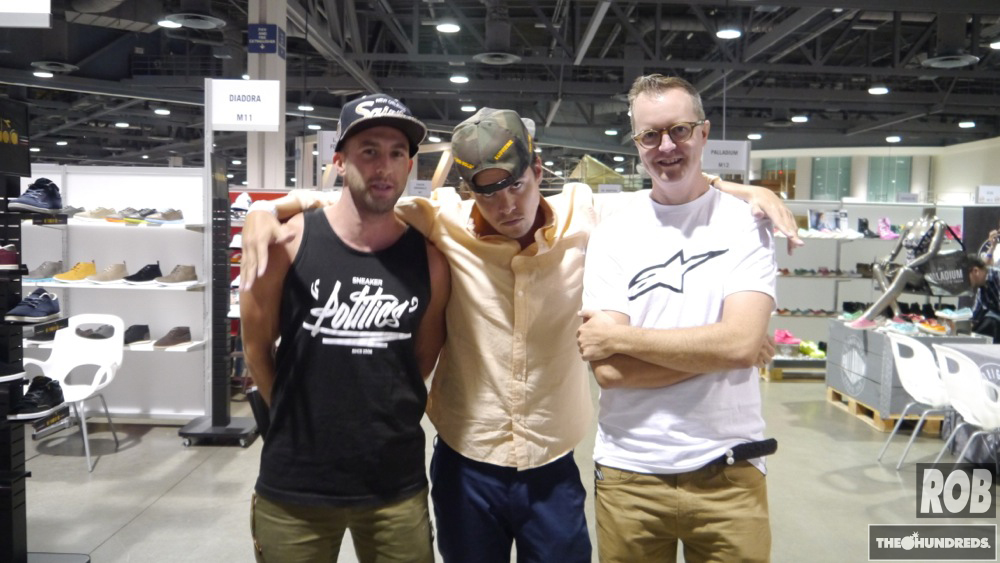 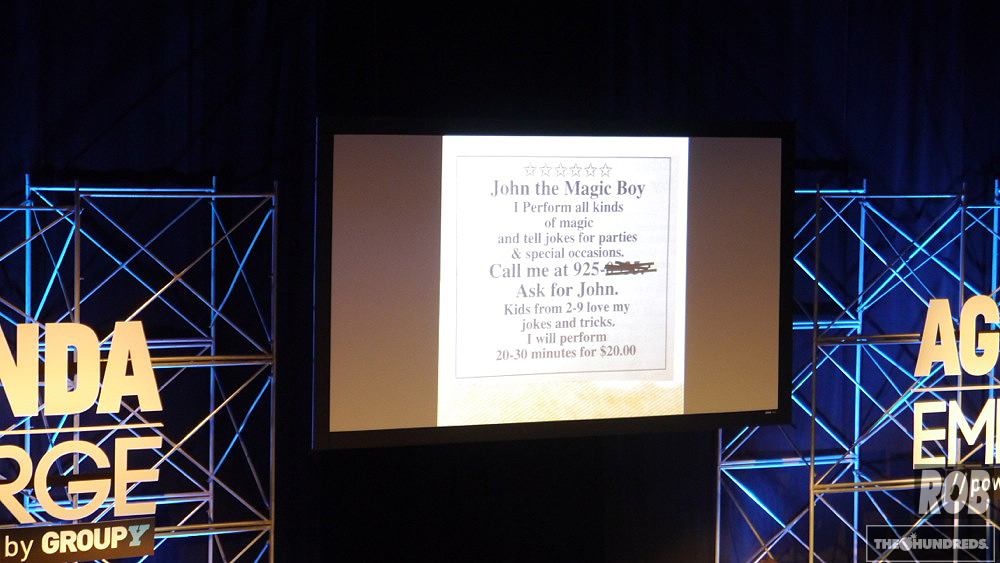 Agenda Emerge is the TED talks of street wear. Even though I have lived their stories first hand I loved hearing them. A highlight was Johnny Cupcakes newspaper ad for his magician services. Which, as he points out, would be kinda rapey if he posted it today. 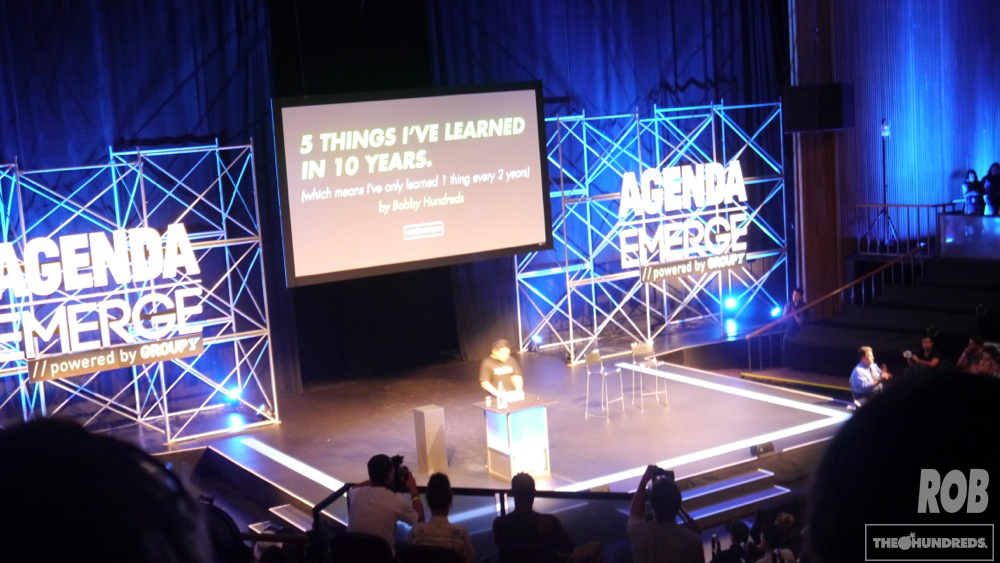 Of course our fearless leader Bobby Hundreds with the 5 things he learned in the past 10 years.