No, Bryan Ray Turcotte Won't Sell You Any of His Incredible Punk Shirt Collection

When Bryan Ray Turcotte published the book Fucked Up And Photocopied back in the late ‘90s, he was the first person to gather all the powerful and makeshift artwork from the American punk scene and present it as folk art forgotten in time. Since then, he has continued his mission of exposing the symbolism in the scene by producing other books such as Punk Is Dead: Punk Is Everything and Don’t Tell Me About Tomorrow as well as a series of documentary shorts for the Museum Of Contemporary Art in Los Angeles titled The Art Of Punk.

Turcotte’s latest book, simply named Punk Shirts, compiles his jaw-dropping collection of punk rock T-shirts, which range from items purchased at some of his first punk shows to ones once owned by the likes of Joe Strummer and Sid Vicious. 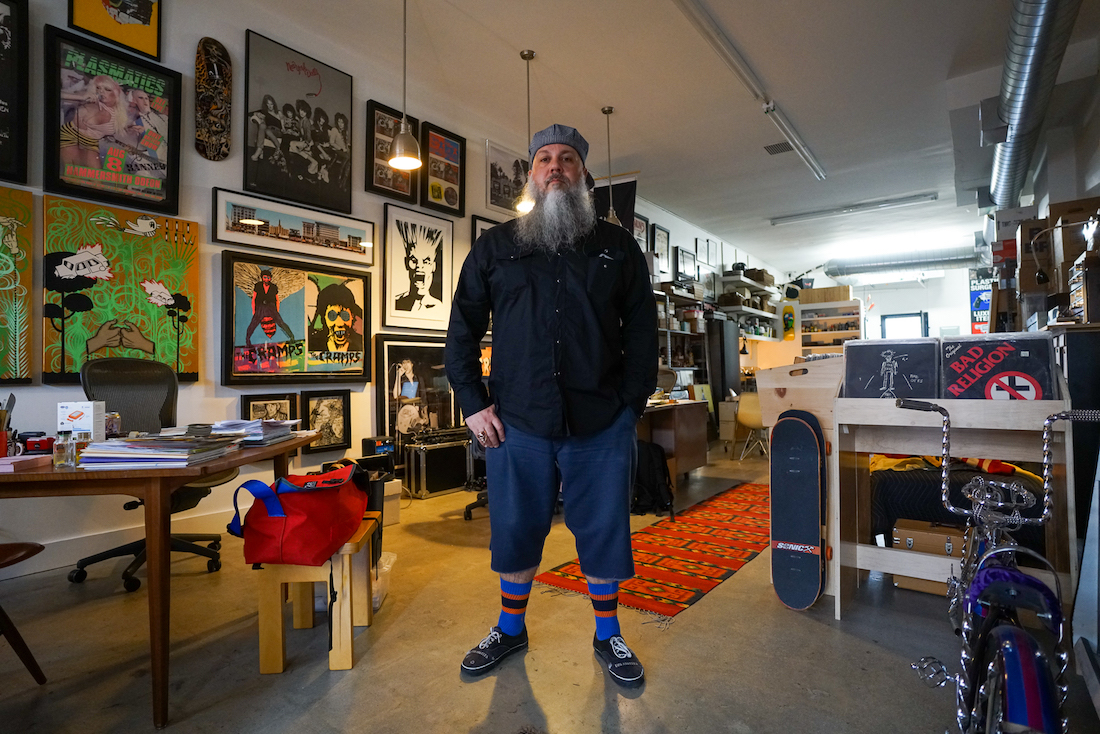 As with all of Turcotte’s projects, the book is a labor of love. It’s not simply about showing off his acquisitions for others to “ooh” and “ah” at but rather to convey the impact these garments have had on both Bryan Ray himself and underground culture as a whole.

I recently spoke with Turcotte while he was in his LA studio to discuss how he amassed his extensive collection of shirts, the importance of documenting them, and the state of punk collecting in the present day. 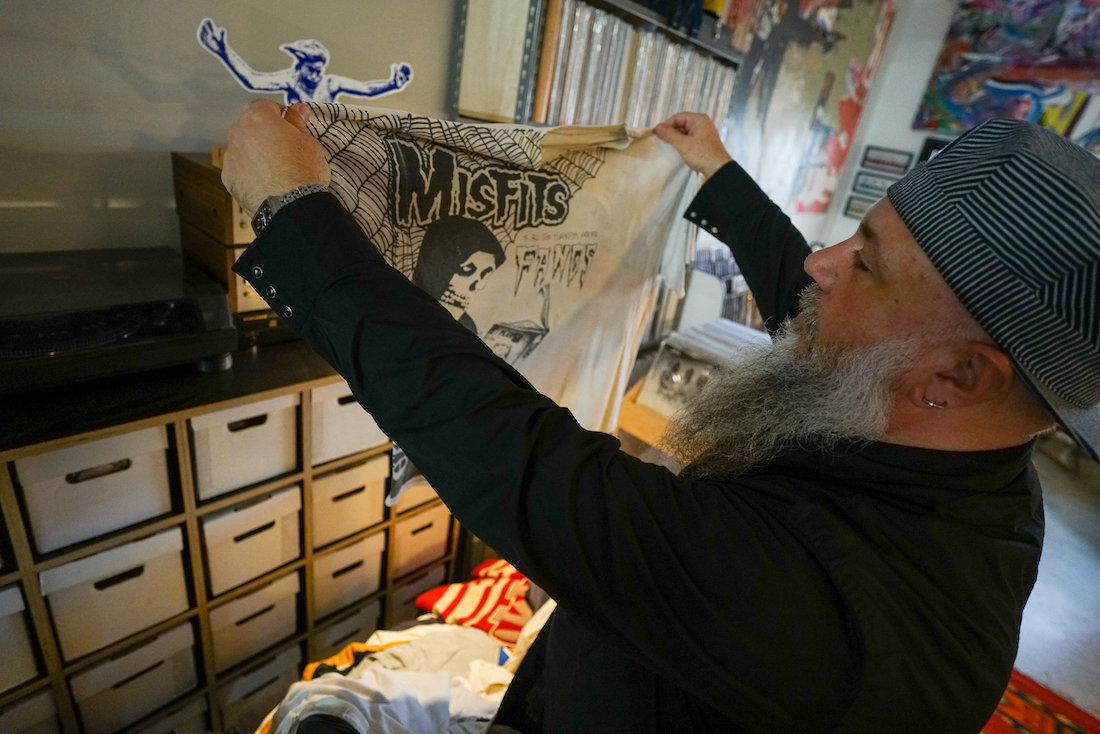 TONY RETTMAN: Can you remember the first punk shirt you had?
BRYAN RAY TURCOTTE: The first shirt I got was from my cousin Michelle, who was five years older than me and I might have been 13 at the time. She lived up in San Francisco and educated me on music. Every year, we’d get together for Thanksgiving and she’d have different colored hair and some wicked cool Cramps T-shirt. It was an Independent Trucks shirt but it had a picture of Sid Vicious on the front with all this paint splattered over it. She was like, “Here’s the shirt, now go listen to The Ramones and The Clash!” and I was like, “OK!” [Laughs] That shirt got stolen not long after that, but I have a photograph of me wearing it in the book. I look like such a dork! I’m wearing a skinny tie. I’ve been trying to figure out how the shirt was created for years and years because it’s just an odd shirt for Independent to make. One day, I want to hit up someone like Bob McKnight and ask, “What was the cause of this shirt?” [Laughs]

Did you start amassing a collection of shirts and flyers as soon as you got into punk?
The word “collecting” is something I still cringe at a little bit, even though I know that’s what I do. At the time, we had to make stuff on our own, so a lot of the shirts in the book and ones I held onto were made by hand. Eventually, you go to a gig and one band is smart enough to make shirts and sell them or there’s a punk shop like Rough Trade with a few shirts. You’re buying them because it’s what you’re into but you’re also coveting them because they’re really difficult to find. 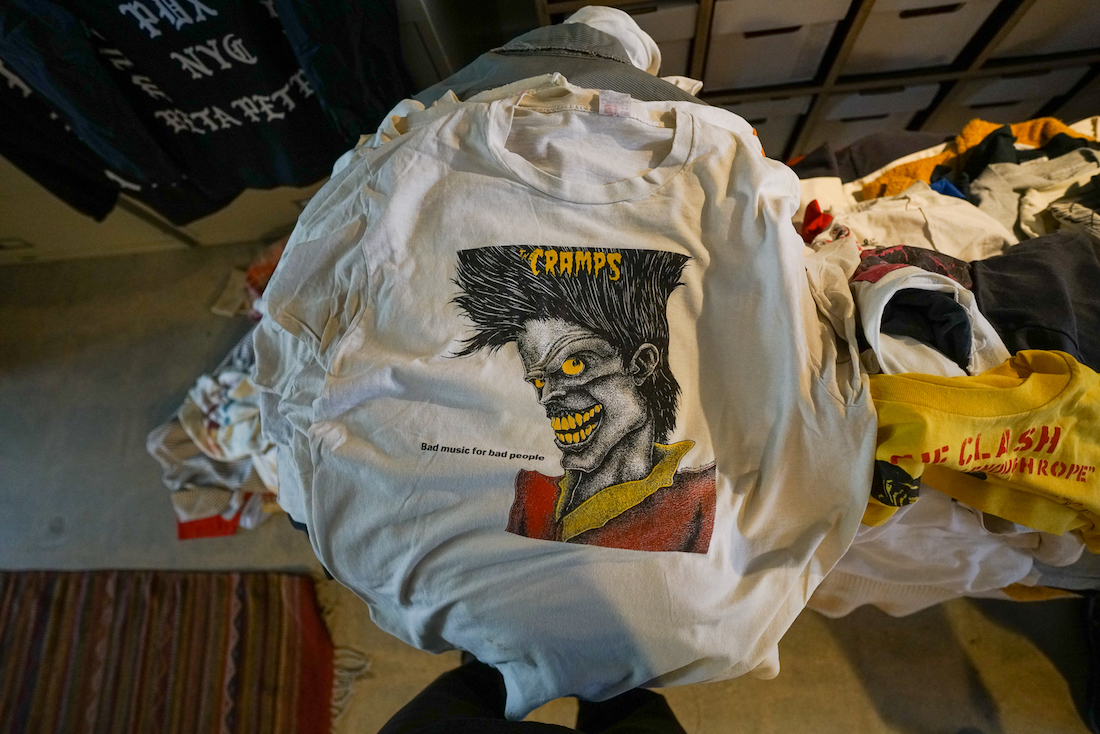 Your collection includes things onced owned by Joe Strummer and Johnny Thunders. How did you end up with these items?
After Fucked Up And Photocopied, people began bequeathing their collections to me because they felt safe knowing I’m not into buying and selling stuff. When people hand me a collection, they all come with stories. To me, this stuff is supposed to be shown for inspiration or used as a spirit guiding force to something new. So, from the outside looking in, I suppose it looks like I’m some heavy collector but all of the shirts in my book were acquired by normal scenester ways. This book represents the T-shirt side of things that have been coming at me for all these years.

What was the catalyst for wanting to make this book?
People would come to my studio and expect to see piles of flyers and records and then when they saw the piles of shirts they tripped out on it because they didn’t figure me to have so many. I know there’s no way in hell I could do a punk rock T-shirt book that would be the be-all and end-all book. There are just too many. I’d rather try to show when the collection takes on its own spirit. I know I’m going to take crap from the punk historians but I don’t care. This is a better glimpse at a punker’s archives than some punk shirt archive book that looks like it’s all been handled with white gloves. One time, I had this 20-year-old kid over to my studio and I showed him this Suicidal Tendencies shirt that practically made him cry. I ended up giving it to him and he wore it down until it was nothing. This is who this book is for, my friends and the real people. 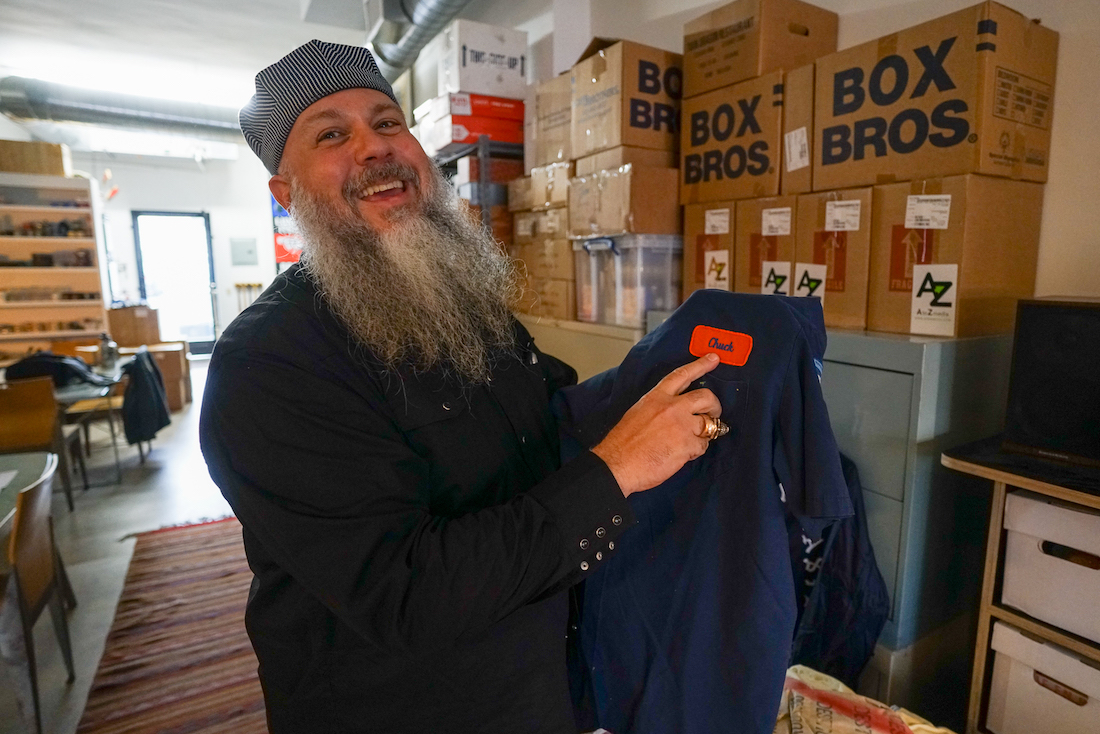 What do you think it is about all of your book projects that make them stick out from the museum-like punk books mentioned before?
I feel my reluctance to the job makes me the best candidate. I know I don’t know everything about punk rock. I don’t consider myself a historian. But I can tell a story from the fan perspective and capture the energy.

I think my main issue with the world of collecting punk stuff in the present day is most peoples’ records have no real story behind them. They just bought them off eBay and that’s the beginning and end of it. There’s no tales of finding some super-rare record in the dollar bin of a record store or buying a shirt at a thrift store.
I’m with you. My records are not in perfect shape and most were bought by me when I was sixteen for two dollars. When I DJ some place and play an original copy of The Germs’ Lexicon Devil 45, people trip out and I don’t get it. What am I supposed to do? Just stare at it? My records are to be played, my fliers are in my studio for people to see and my shirts are here to be worn or shown at an art show. I just want to push the vibe that this stuff isn’t currency or  trophies. It’s stuff I put in a corner for inspiration. That’s the way I treat it. I’ll never sell anything because I’m too much of a dork who still gets excited when I see a rad flyer or shirt. As soon as I get into the buying and selling of punk stuff like they’re antiques, just shoot me, you know? 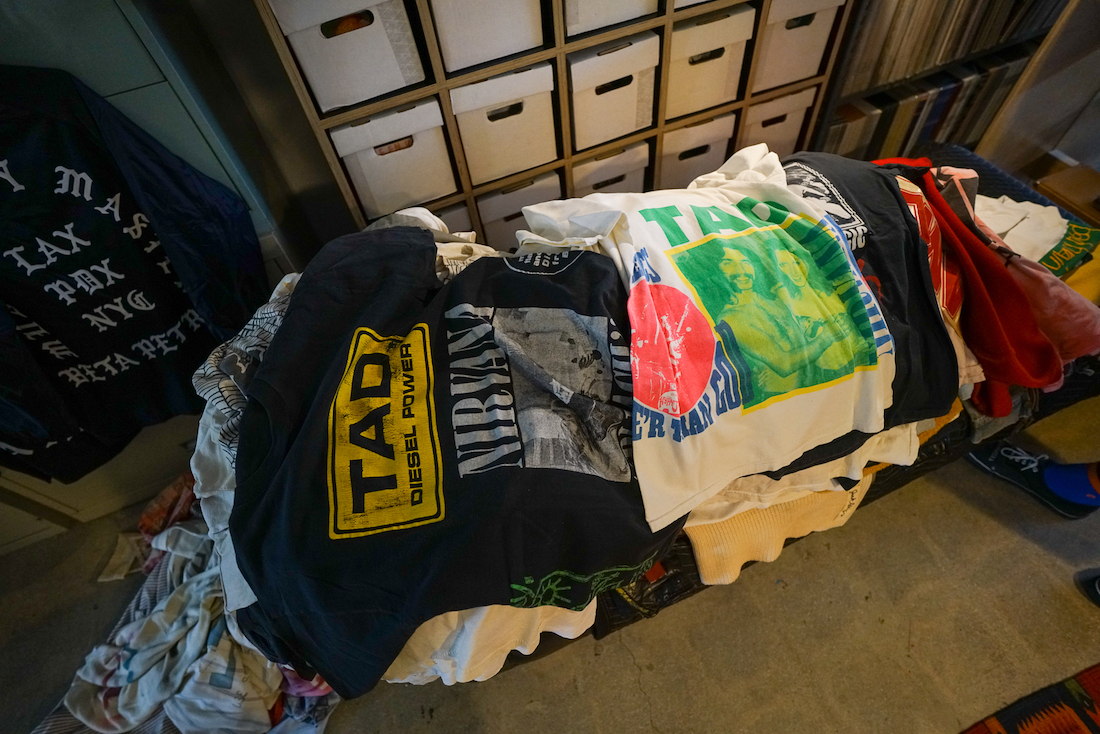