Mike Giant’s weapon of choice has always been an interesting one. People say the pen is mightier than the sword but if you used a Sharpie as your sole line of defense, you’ll realize how much of a difficult thing that can be. We’ve all used a Sharpie before. Set the tip down for an ample amount time and watch the ink bleed profusely. Quickly strike it in the direction you want and you get tack sharp lining as if it came out of a computer printer. With Mike you will never see a bleeding line… ever. 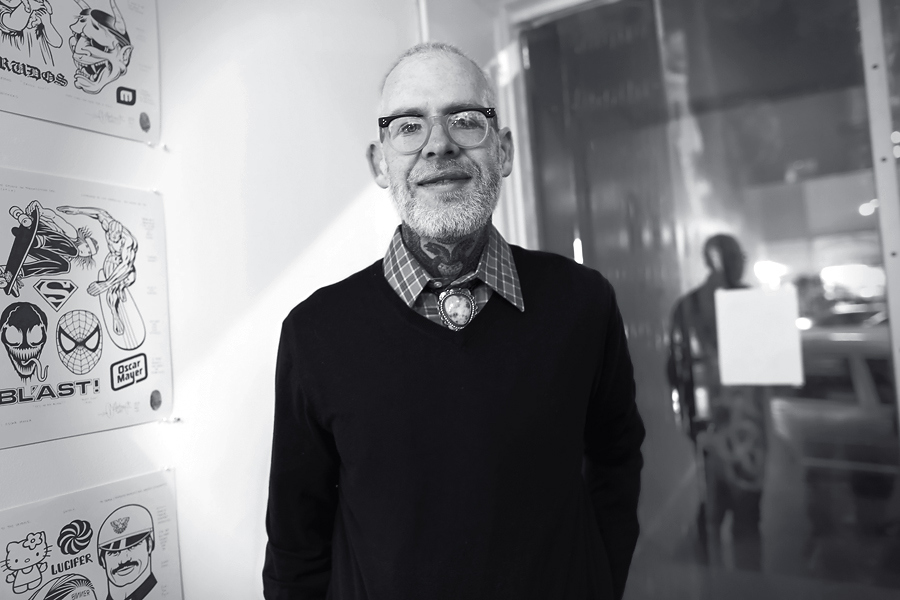 I actually didn’t even get to talk to Mike in regards to his latest works. It seems Bobby had more of an in-depth discussion with him than I did. “Hey man” and “Thanks for the photo” hardly holds as conversations these days, but I’ll take a half ass stab in why I think he drew what he drew. 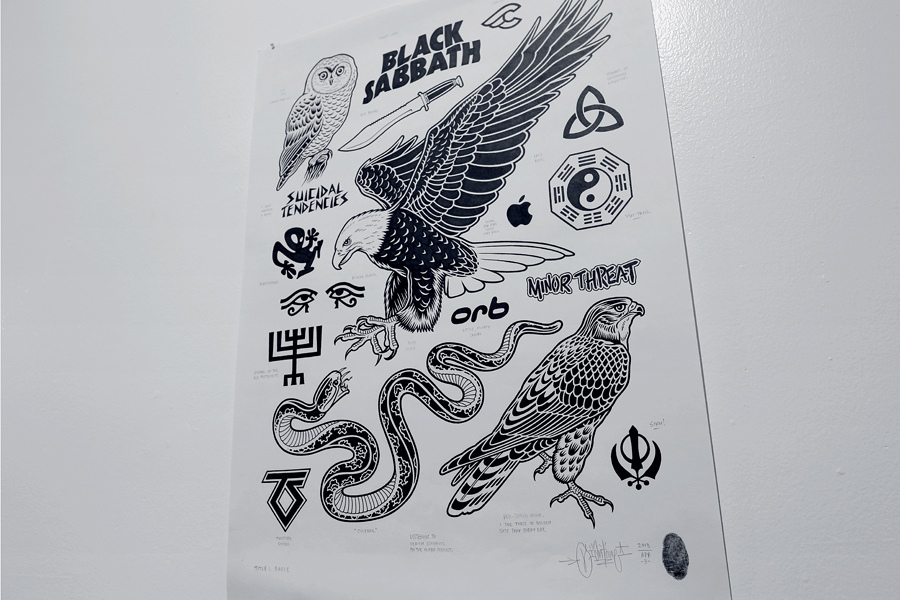 I believe this was all a reminder to his audience that he can literally draw anything in the goddamn friggin’ world. Corporate logos… got it! Iron Maiden zombie axe killer… easy! Popeye The Sailor Man… what am I? An asshole?! Or it could be a conglomeration of all the cultural influences that he’s experienced in his lifetime. Or it could be a little bit of both. 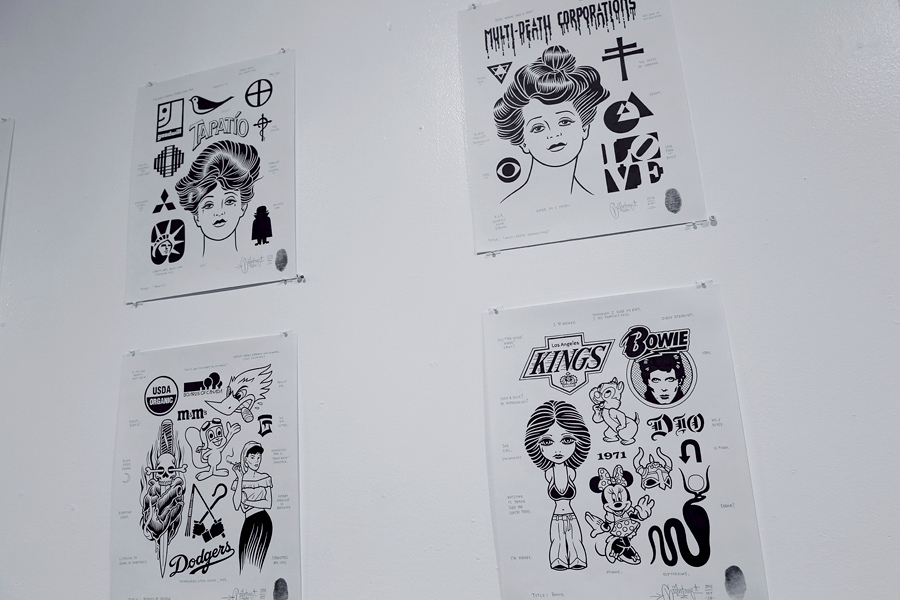 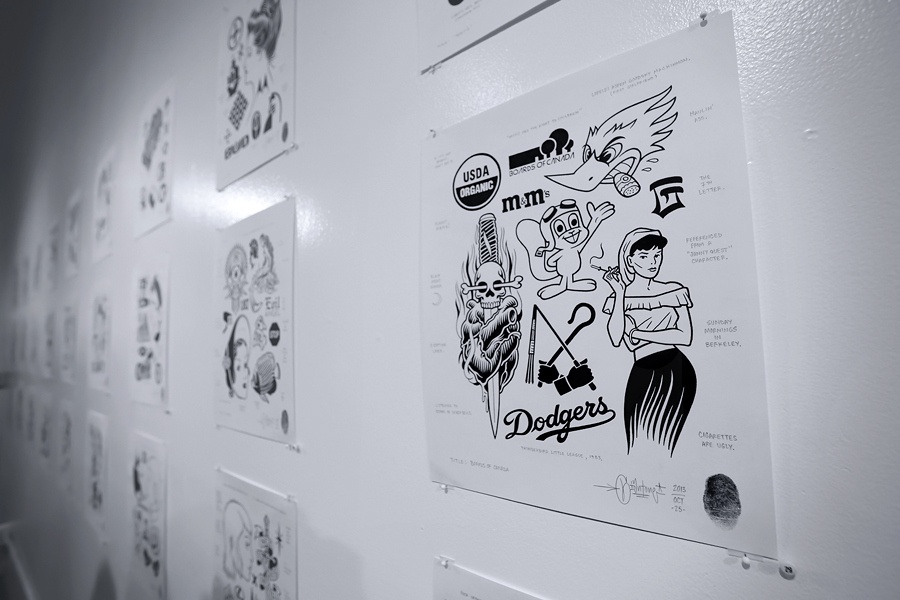 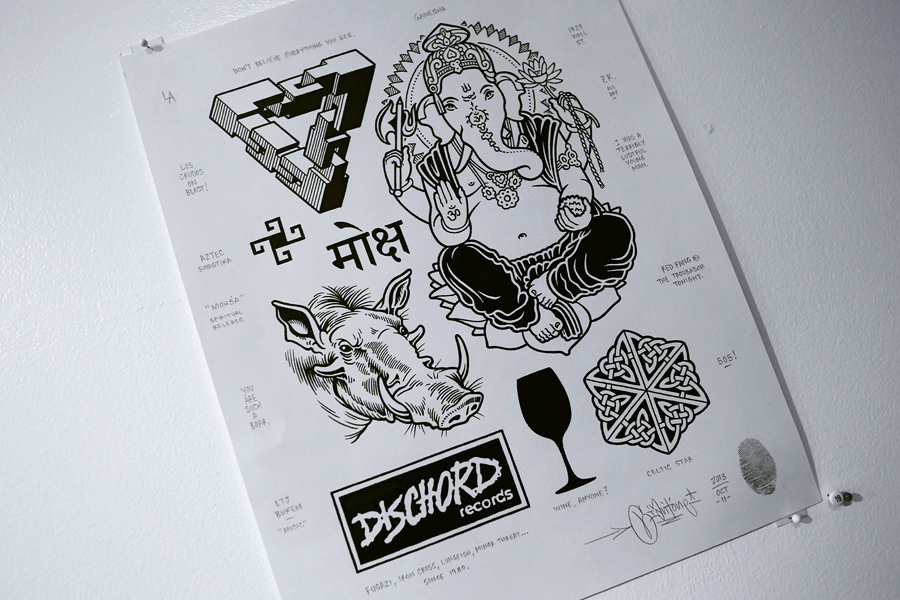 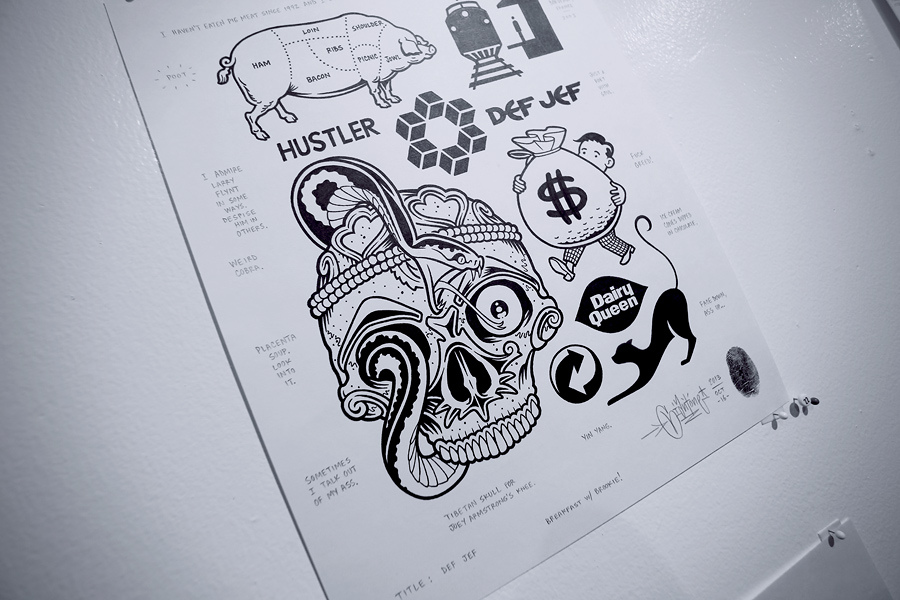 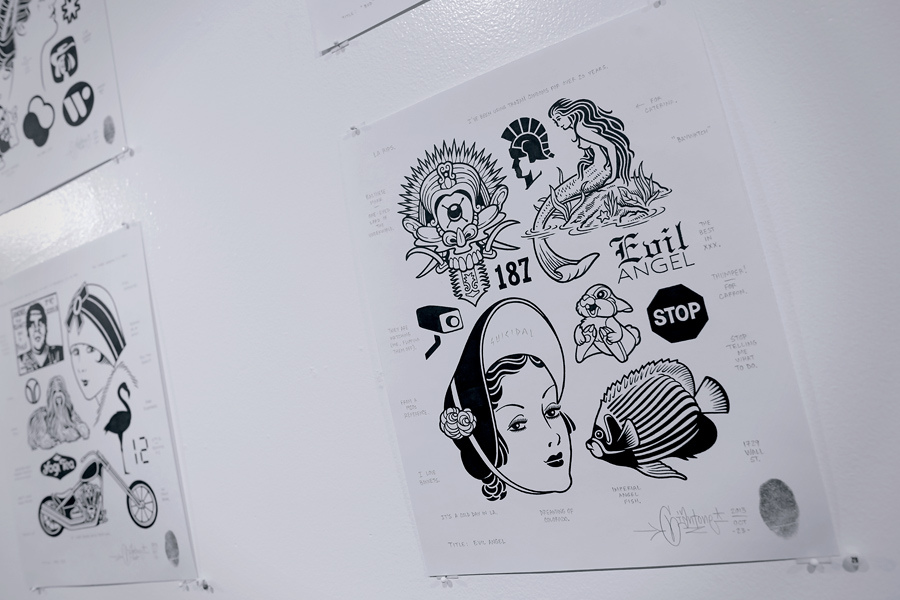 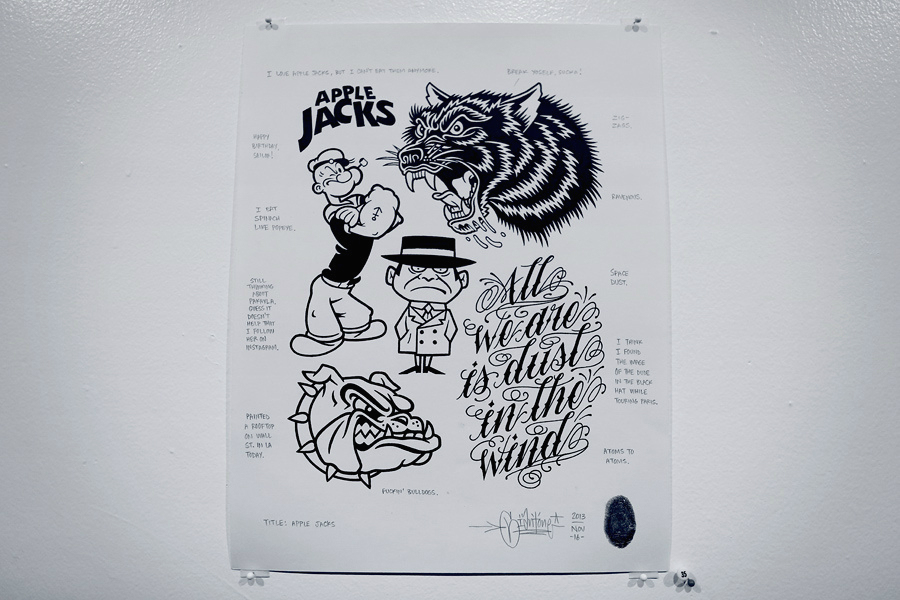 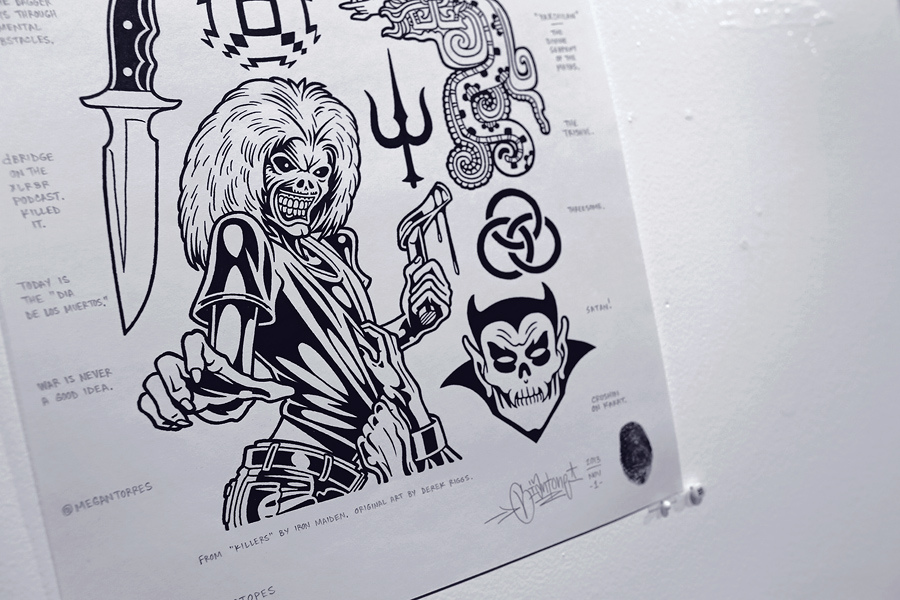 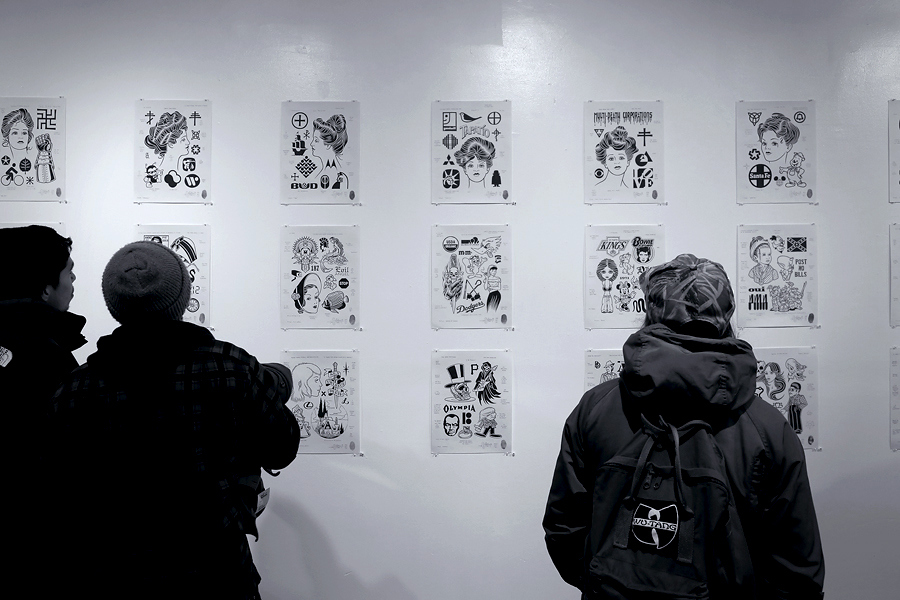 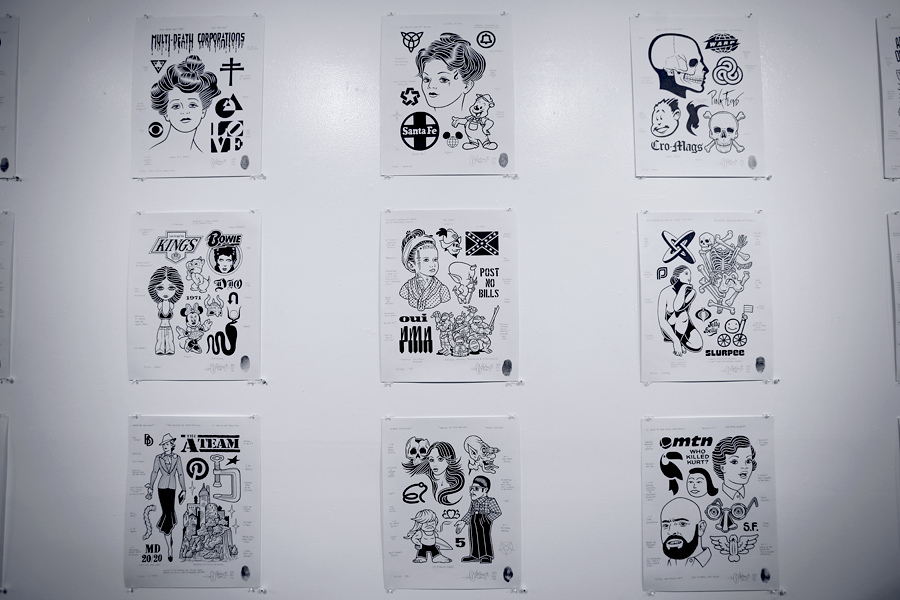 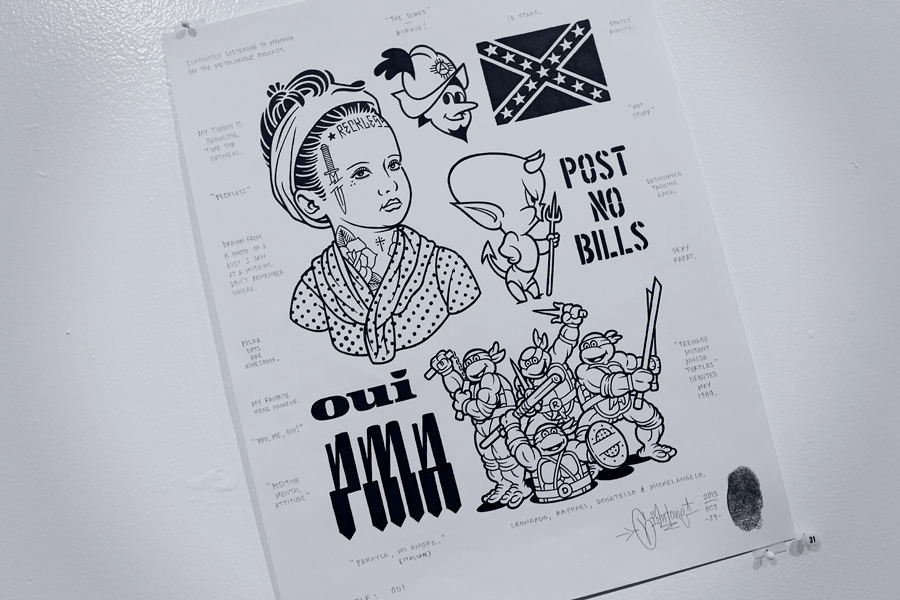 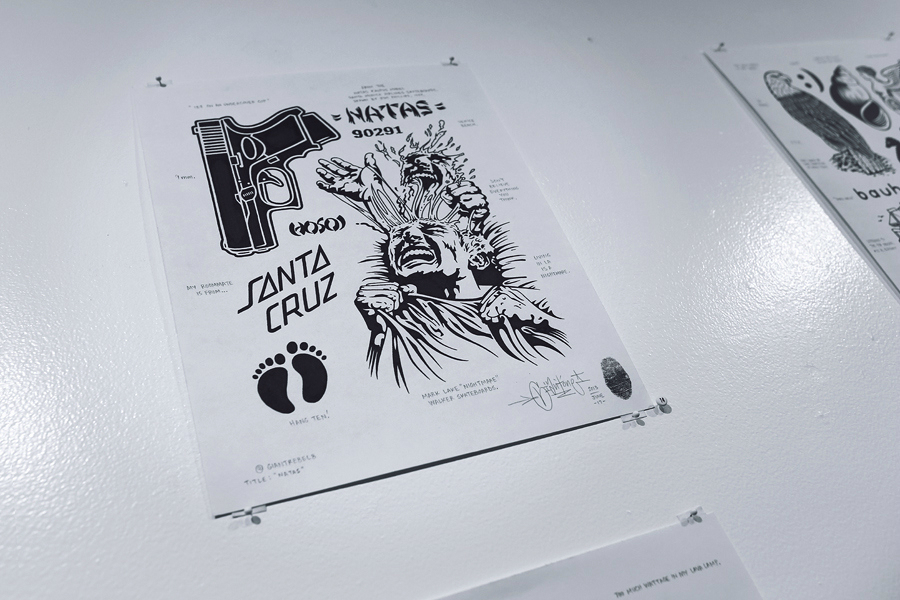 Rumor has it that Mike has already set his sights on Colorado after only living in LA for a couple of months. As he continues his journey in seeking his own self virtue, it’s always nice that he blesses us with his work at his second home in San Francisco. To see it all in the flesh, make sure to hit up FFDG. Be sure and tell ’em Large Marge sent ya.